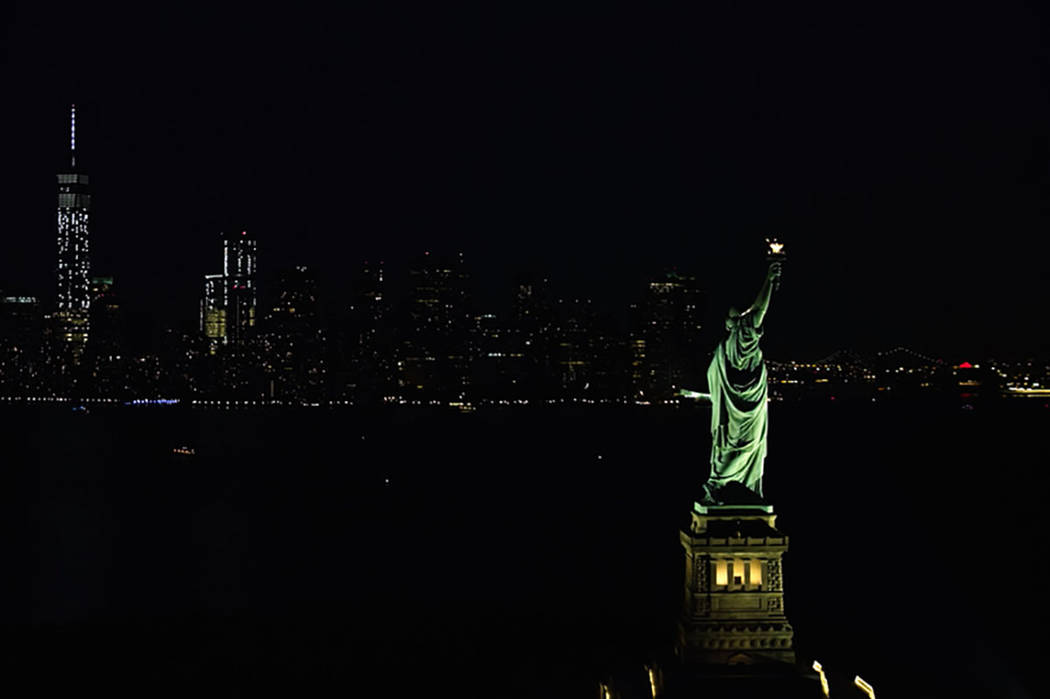 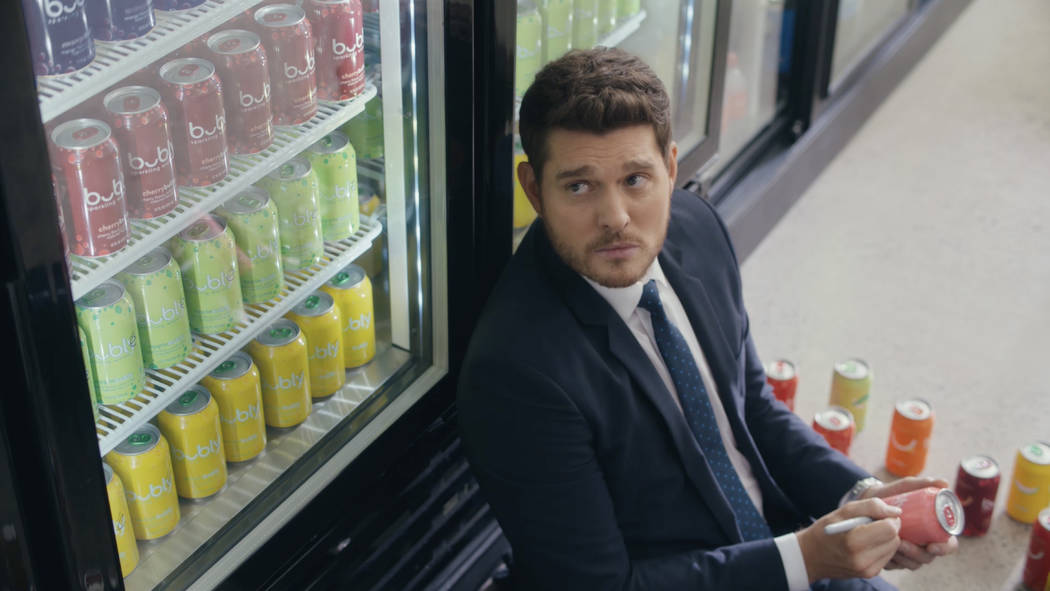 This undated screen grab from video provided by PepsiCo. shows an image from Pepsi’s Bubly sparkling water brand's 2019 Super Bowl NFL football spot featuring Michael Buble. Pepsi has long enlisted musicians to help sell its drinks and snacks. For its Doritos brand, Chance the Rapper is teaming up with the Backstreet Boys to promote a new flavor. Michael Buble will star in an ad for Pepsi’s Bubly sparkling water brand. And an ad for Pepsi itself has Carrell with rapper Lil Jon and pop singer Cardi B. (PepsiCo. via AP) 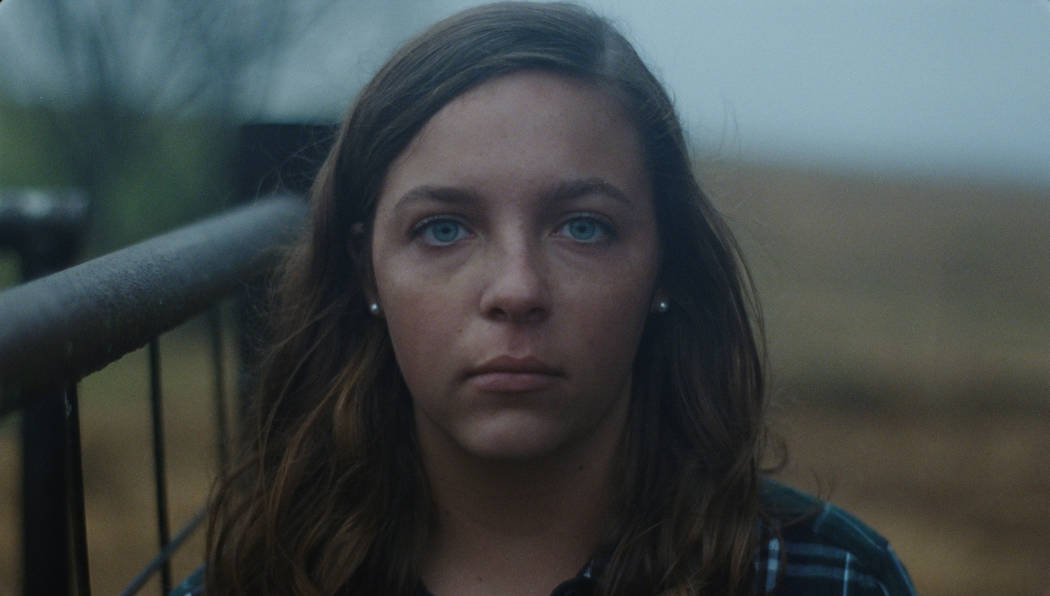 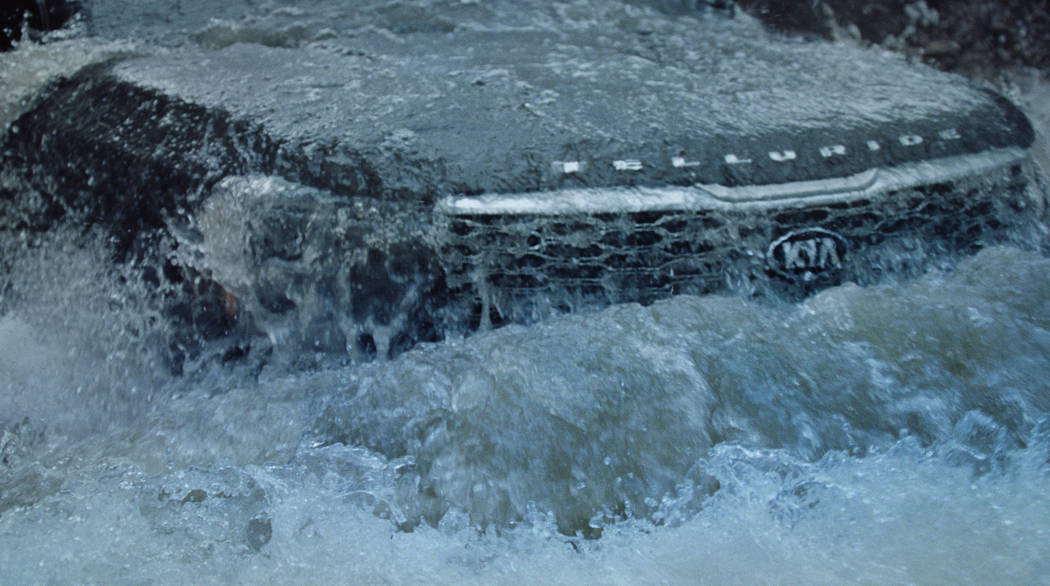 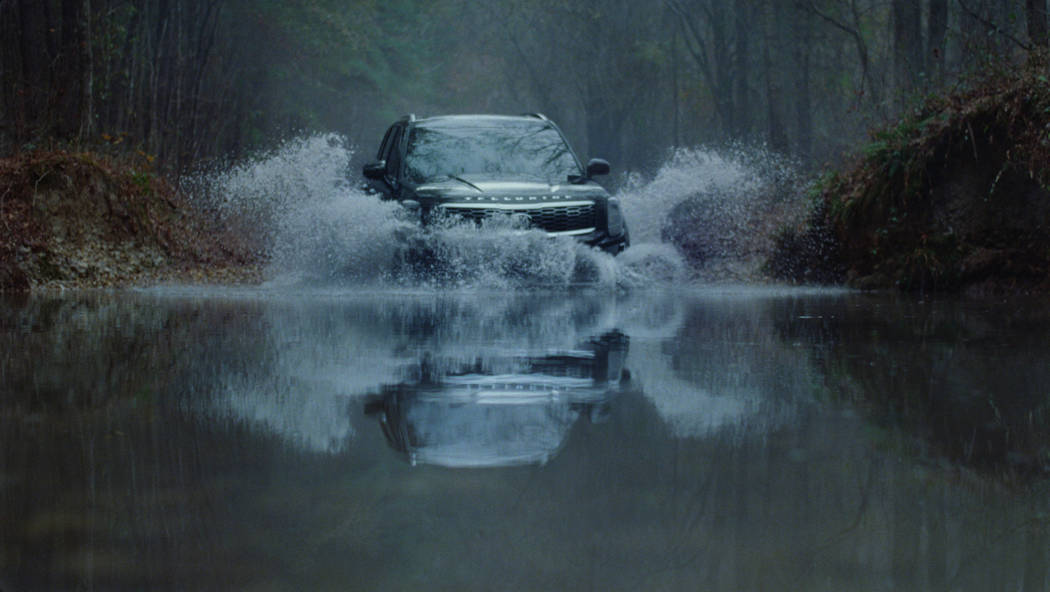 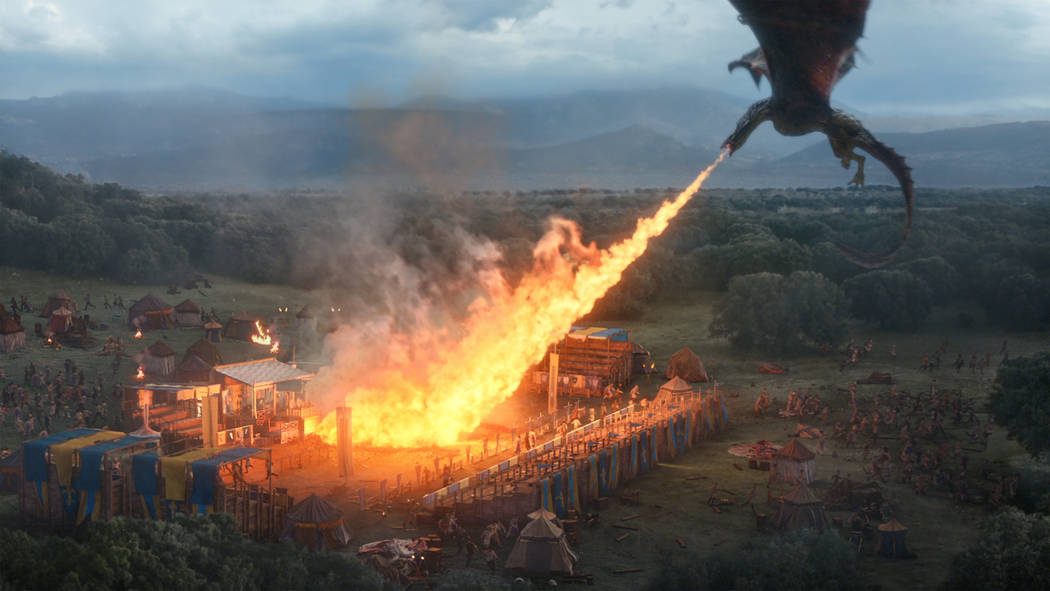 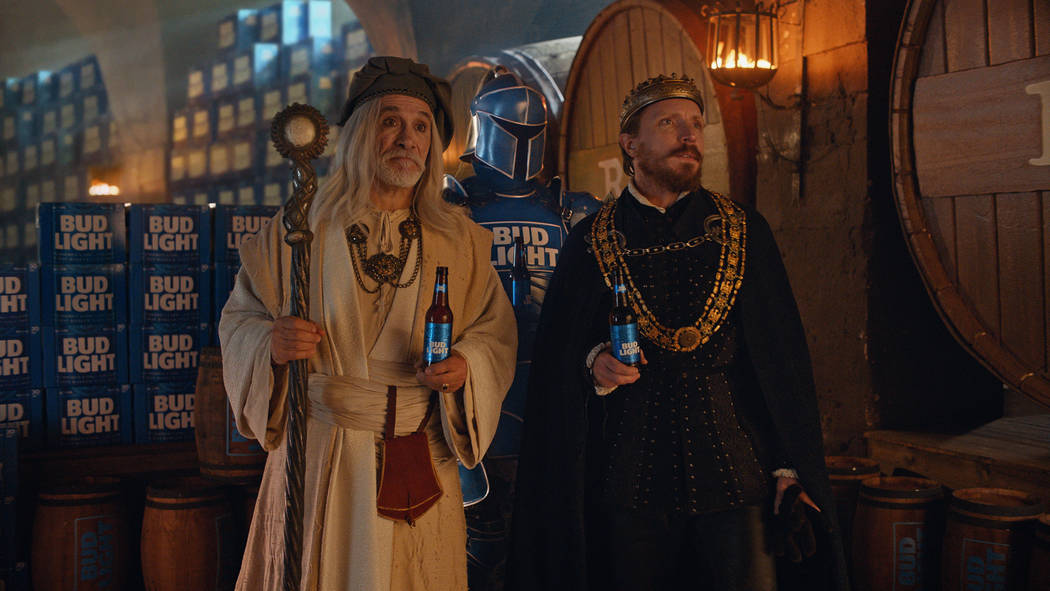 The ad, narrated by Tom Hanks, features journalists who have been killed or disappeared.

They include Jamal Khashoggi, a Washington Post columnist who wrote critically about the Saudi crown prince. Khashoggi was killed in the Saudi Arabian consulate in Istanbul in October. Also featured were Austin Tice, a freelance reporter missing in Syria for six years, and Marie Colvin, a Sunday Times correspondent who was killed in Syria.

In a memo to Post employees last week, publisher Fred Ryan said the newspaper felt “this is the right moment, at the right venue, to present this important message to the large audience of Americans and international viewers.”

The spot ended with the Post’s slogan, “Democracy Dies in Darkness.”

Microsoft is tugging at the heartstrings of Super Bowl viewers to highlight its efforts to make technology more accessible to people with disabilities.

A child in Microsoft’s Super Bowl commercial talks excitedly about the fun of using an adaptive Xbox controller designed for players with mobility limitations.

Microsoft last year introduced the $99 controller for gamers who struggle with the thumb-sticks and tiny buttons on conventional controllers. It can rest on a person’s lap or connect to a wheelchair and uses two large, disc-shaped buttons.

It’s unusual for tech companies to build gadgets for such a tiny market, but the company under CEO Satya Nadella has made designing accessible products a priority.

Smart machines seemed to be everywhere during the Super Bowl commercial breaks as advertisers picked up on Americans’ unease over our growing dependence on AI.

Michelob, Pringles, SimpliSafe and TurboTax were among the brands that gave starring roles on Sunday to melancholic humanoids or sarcastic smart speakers.

But for the most part, these characters had a retro feel that resembled conventional Hollywood robots more than how AI is playing out in everyday life.

Most of these robots were also supporting players rather than the actual products that advertisers are trying to sell.

An exception was a star-studded Amazon advertisement for smart home devices powered by the company’s Alexa digital voice assistant. In what seemed like a common theme among Sunday’s ads, it addressed public unease by highlight Alexa’s endearing failures.

Anheuser-Busch InBev has touched a nerve with its corn syrup-themed attack ads. Several Super Bowl spots boasted that Bud Light does not use corn syrup, while trolling rival brands that do.

The ads earned a rebuke from the National Corn Growers Association. The group tweeted that America’s corn farmers were “disappointed” in Bud Light. It also thanked Miller Lite and Coors Light for “supporting our industry.”

MillerCoors also hit back with a tweet clarifying none of its products use high-fructose corn syrup. It claimed that many Anheuser-Busch products do.

The Super Bowl always has its share of feel-good car commercials.

But Canadian viewers got something different: an ad attacking General Motors for being greedy and “un-Canadian.”

GM was unable to stop an auto worker union’s 30-second ad from broadcasting on Canadian TV stations during Sunday’s game.

The commercial accuses GM of expanding in Mexico while leaving Canadians “out in the cold.” GM is closing its car factory in Oshawa, Ontario, near Toronto, costing about 2,600 blue-collar jobs.

The Unifor union wouldn’t say much the ad cost, except that it’s a fraction of the price of a Super Bowl ad in the U.S.

The union ignored a cease-and-desist letter from GM of Canada threatening legal action if the ad keeps airing. GM says the ad is misleading and inaccurate.

Bud Lite has shocked “Game of Thrones” fans with a spoiler about who gets killed in the final season of the hit HBO show. It’s the Bud Knight.

Not really, of course. But the beer brand and HBO lit up social media with a surprise mash-up of a Super Bowl ad.

It starts off mundanely enough with the Bud Knight of “Dilly Dilly” fame appearing for a jousting contest. He loses and is about to be unmasked, when a dragon appears out of nowhere to incinerate the entire scene. The ad did double duty to promote the beer brand and the April premiere of the fantasy show’s long-awaited final season.

Andy Goeler is the vice president of Bud Light marketing. He says the ad brought “together two of pop culture’s most iconic medieval realms to deliver an unexpected surprise.”

Coke has homefield advantage this year with the Super Bowl in Atlanta, where it is headquartered. So, Pepsi is trying to have fun with its perennial challenger brand status.

Actor Steve Carrell takes a flustered waiter to task for asking the familiar question, “is Pepsi ok?” after a woman orders a Coke. Cardi B and Lil John pitch in for the message that Pepsi isn’t just “ok.” IT’S OK!!

Pepsi has started the war early on the streets of Atlanta. Billboards all around the city call for Pepsi to “paint the town blue” and announce “Pepsi in Atlanta — how refreshing.”

Coke owns the “pouring rights” at Mercedes-Benz Stadium. Its products are for sale at the fountains during the game between the Patriots and Rams, served in NFL-themed Super Bowl cups.

Hulu kicked off the theme with a first quarter ad for its next season of the feminist show “The Handmaid’s Tale.” Next, Serena Williams appeared as spokeswoman for Bumble, which bills itself as a feminist dating app where women make the first move. The tennis icon urges women not to wait to be given power, saying, “we already have it.”

Later in the evening, supermodel Karlie Kloss will play up her identity as a businesswoman in an ad for Wix.com. She wears an understated green T-shirt to show how she used the platform to create her professional website.

Toyota will highlight the perseverance of Antoinette “Toni” Harris, a female football player at a California community college. 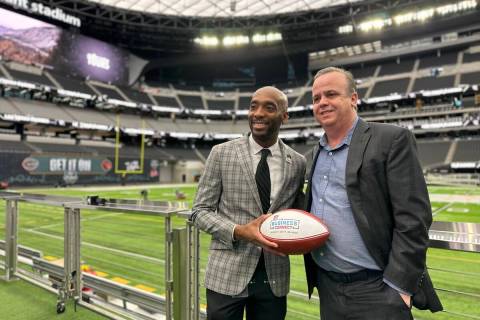 When Super Bowl LVIII comes to Las Vegas in 2024, the NFL will rely on local, diverse businesses to help fill the various needs of the largest annual sporting event in the U.S. 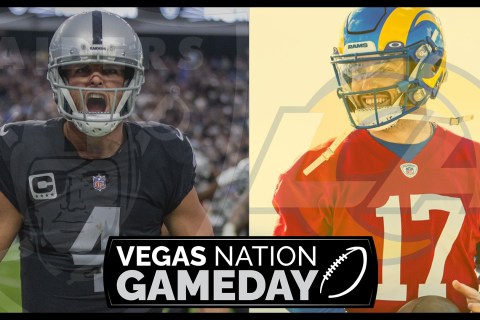 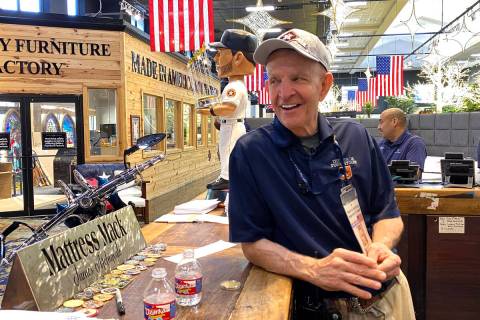 Jim “Mattress Mack” McIngvale lost $13 million in bets on the Astros to win the 2019 World Series and won $12.2 million on Kansas to win the 2022 NCAA men’s basketball title. 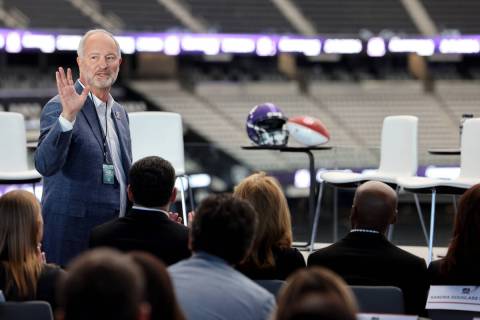 LVCVA head Steve Hill says of Super Bowl LVIII events, “If the NFL decides not to do something, then the host committee is going to do some activities downtown.”