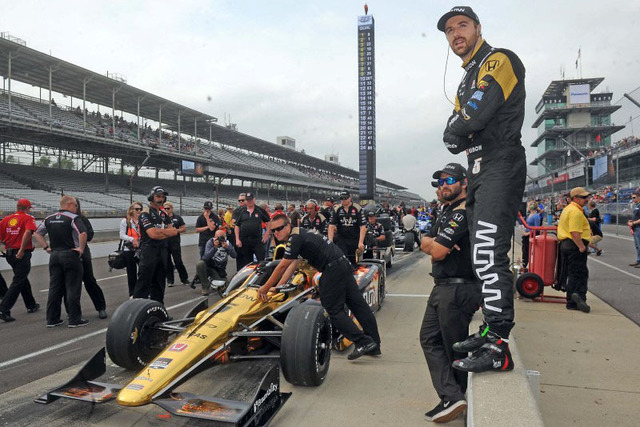 For many people, Memorial Day weekend means beaches, barbecues and the Indianapolis 500.

We can only hope that the Indy cars traveling at speeds of 230 mph won’t be going airborne and getting flipped over at Indianapolis Motor Speedway, which saw three such spectacular upside-down crashes this week.

Besides being NASCAR’s longest race, the Coke 600 is considered by many to be one of the sport’s unofficial majors, along with the Daytona 500, Southern 500, Brickyard 400 and the Bristol Night Race.

NBA playoffs, Eastern Conference finals, Cleveland Cavaliers at Atlanta Hawks, Game 2 (5:30 p.m., TNT (18)): Named to the All-NBA first team for the eighth straight season Thursday, LeBron James will try to carry the Cavs to a 2-0 lead over the Hawks after compiling a game-high 31 points, eight rebounds and six assists in Wednesday’s win.

With Kevin Love out for the playoffs and Kyrie Irving battling knee and ankle ailments, sharpshooter J.R. Smith stepped up in Game 1, draining eight 3-pointers en route to a playoff career-high 28 points.

If Atlanta is to advance to the first NBA Finals in franchise history, Kyle Korver needs to start shooting the way he did in the regular season, when he made a league-leading 49 percent of his 3-point attempts.

NHL playoffs, Western Conference finals, Anaheim Ducks at Chicago Blackhawks, Game 4 (5 p.m., NBC (3)): This being a holiday weekend, the Blackhawks won’t have to worry about providing excuse notes to get their fans out of work or school, as the team did after its 3-2 triple-overtime win over the Ducks on Tuesday in Game 2. That marathon battle was the longest game in Chicago’s 89-year franchise history and featured a spectacular head-butt goal by Andrew Shaw that would have won the game for the Blackhawks in double-overtime had it been allowed.