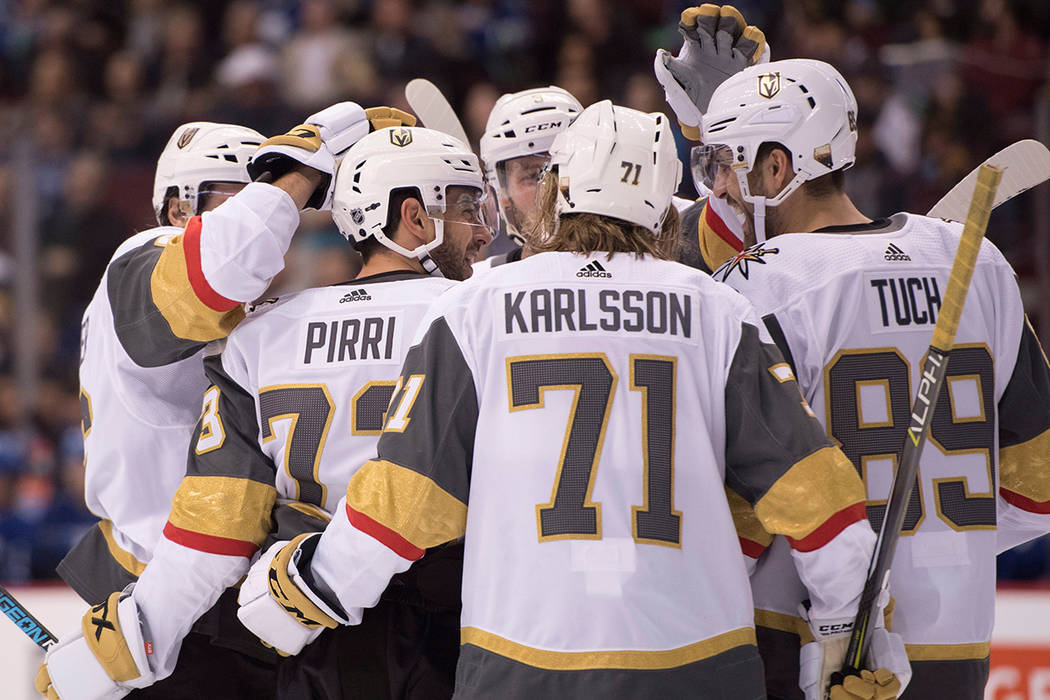 The Golden Knights had a lot of “firsts” in the 2017-2018 season, as to be expected in a team’s inaugural year in the NHL. But it was nearly impossible to predict the success the Knight’s displayed. Here are some notable dates in the Golden Knight’s inaugural season:

2. Oct. 10 — On an emotional night in the wake of the Oct. 1 mass shooting, the 2-0 Golden Knights play their home opener at T-Mobile Arena against Arizona and score four times in the first 11 minutes en route to a 5-2 victory. James Neal scored for the third straight game to start the season.

3. Oct. 27 — The team’s first shutout was recorded not by Marc-Andre Fleury, who was hurt at the time, but to prospect Oscar Dansk, who made 32 saves in a blowout win over Colorado. He would be lost to injury in his next start.

4. Nov. 19 — A rivalry may have been born as the Knights faced the Los Angeles Kings for the first time. The Knights got a pair of goals from William Karlsson and Maxime Lagace stopped 27 of the 29 shots in a 4-2 Knights win.

5. Dec. 19 — Golden Knights 4, Tampa Bay 3. In a candidate for NHL game of the year, the Knights showed they can skate with one of the league’s best teams and won on Shea Theodore’s goal with 2.3 seconds remaining in regulation.

6. Dec. 31 — William Karlsson notches the first hat trick in team history in the team’s blowout win over Toronto at home.

7. Jan. 2 — The Golden Knights become the first North American pro sports team to win eight games in a row in its inaugural season since 1976, when the NBA’s Denver Nuggets did it.

8. Feb. 1 — The Knights set record for most wins by an NHL expansion team with 34 in just their 50th game as a franchise after defeating Winnipeg in overtime, 2-1. The 1993-94 Florida Panthers and Mighty Ducks of Anaheim held the previous record with 33 wins played over an 84 game schedule.

9. March 12 — Marc-Andre Fleury makes 38 saves on the road at Philadelphia to become the 13th goalie in NHL history to reach the benchmark.

10. March 31 — With William Karlsson dazzling the crowd with a shorthanded third-period goal, Vegas wrapped up the Pacific Division crown with a win over San Jose in the regular-season home finale. 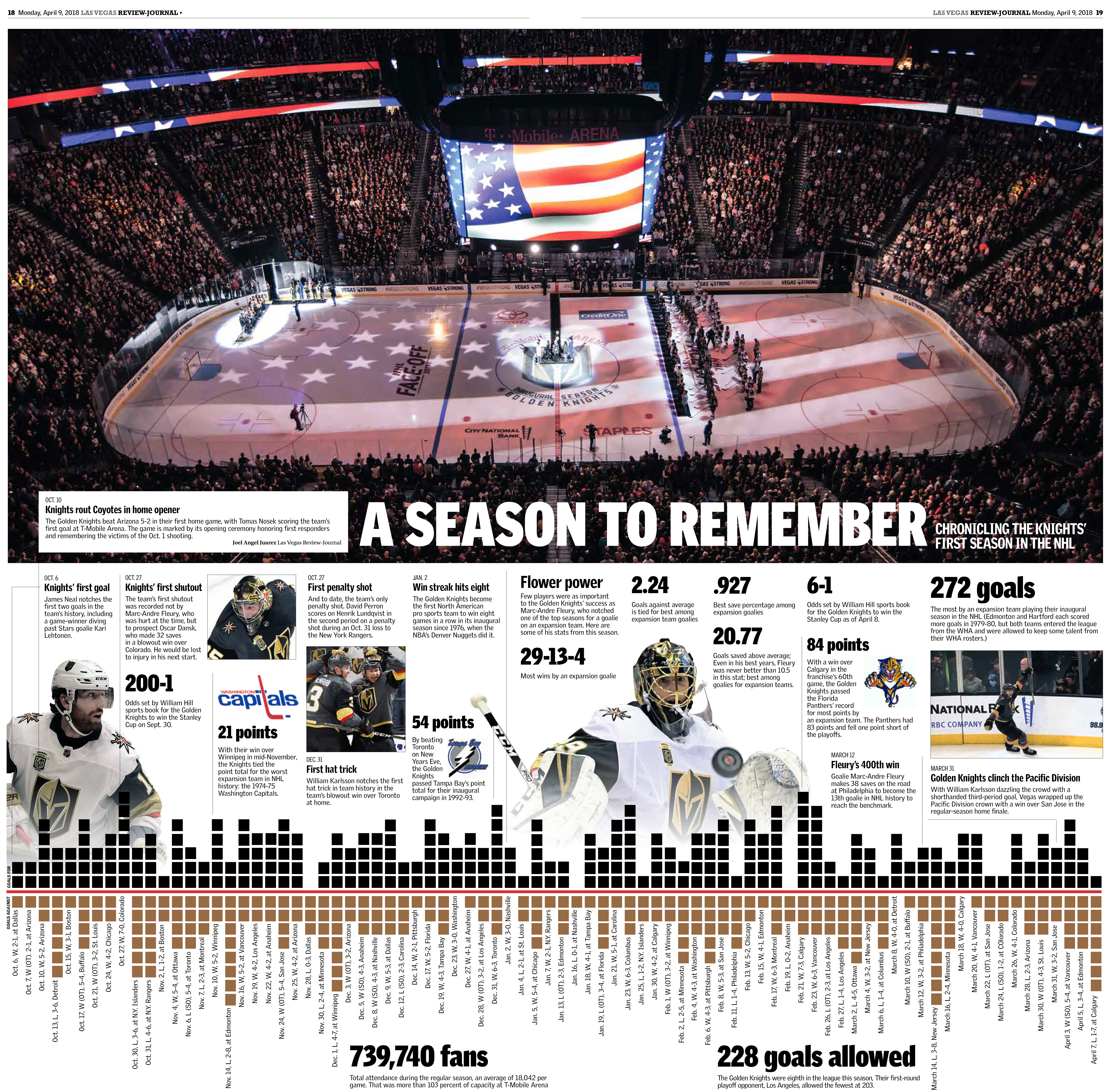