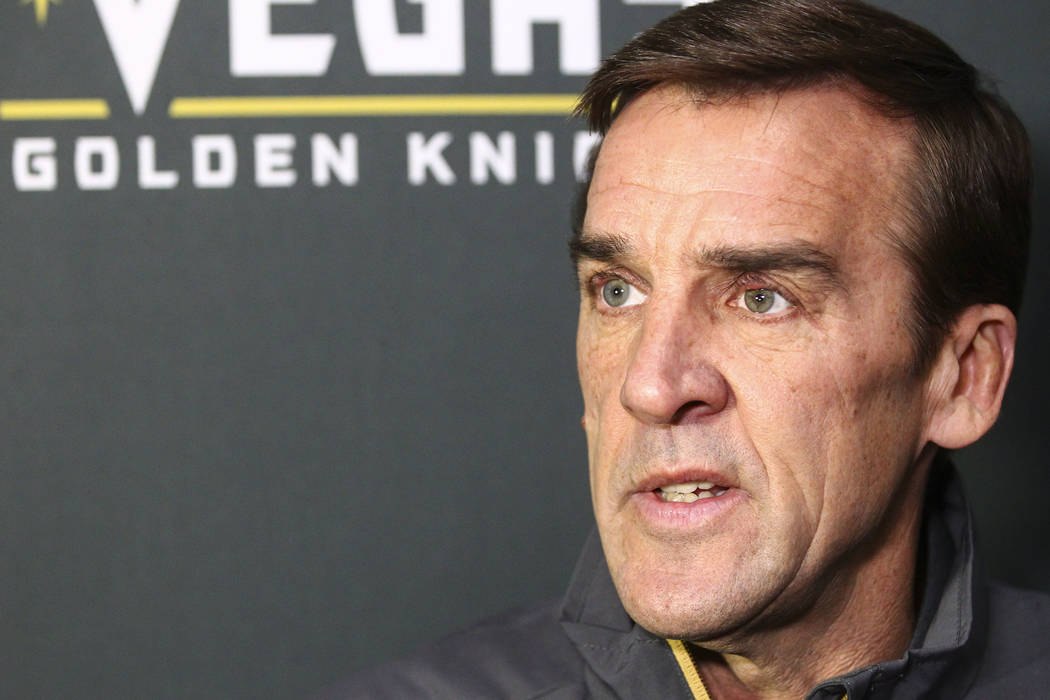 For George McPhee, there’s no such thing as a real vacation. There’s simply too much for the Golden Knights general manager to do.

He’s got to finalize a deal with restricted free agent defenseman Nate Schmidt or have it settled in arbitration Aug. 3. There’s some input he’ll have on the hiring of the broadcasters and game-night presentation. He and his hockey staff have begun planning their travel schedules to scout various amateur events and tournaments.

“We’ll be busy the next few weeks,” he said Friday from the East Coast where he’s mixing some business with some R&R. “But we’re rolling along and looking forward to training camp in our new facility.”

As for Schmidt, McPhee said: “We’ll do our best to reach a deal. But we’re comfortable with the arbitration process because it gets the deal done.”

Schmidt is one of 11 defensemen on the Knights’ roster. There has been much speculation that McPhee would try to move a few of those 11 but he said there’s no urgency to do so.

“We’re at a manageable number right now,” he said. “We’re pretty close to where we want to be and we’re comfortable with the roster we have.”

“What I’m really happy about is we signed them to the right deals and got some money in their pockets,” McPhee said of the three-year entry level contracts each player received ($925,000 per year). “All the deals made sense and were fair to both sides.”

As McPhee begins his second year on the job, things will be more normal as the Knights play their inaugural season in the NHL and McPhee and his staff can focus strictly on the 2018 Entry Draft. They will be at the World Junior Summer Showcase in Plymouth, Michigan, next week Then they will head to Bratislava in August for the Ivan Hlinka Memorial Tournament, which showcases the world’s top under-18 junior players.

“It’s an important time for our scouting staff to start assessing the next crop of players,” he said.

When McPhee reflects back on everything that was accomplished in his first year on the job, he points to his staff as his proudest moment as the team’s general manager.

“All your success begins and ends with the people you hire,” he said. “We hired some quality people who performed brilliantly. We got high marks from a lot of people and we’re very pleased with how the year went.”