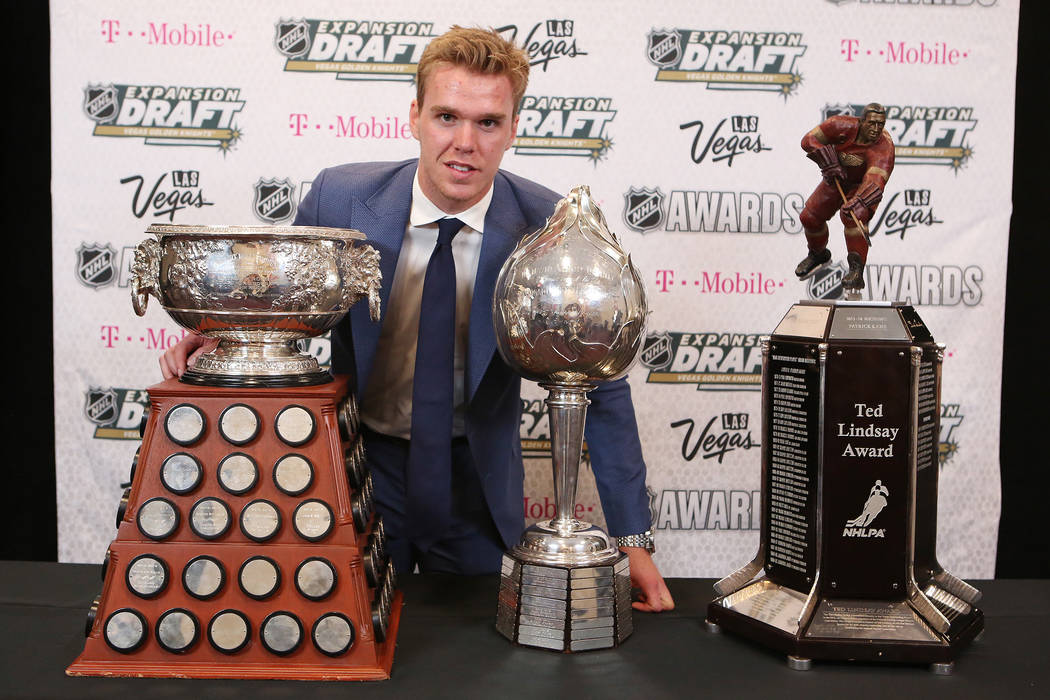 Connor McDavid of the Edmonton Oilers is pictured with the Art Ross Trophy, left, Hart Memorial Trophy, center, and Ted Lindsay Award, right, all of which were awarded to him at the 2017 NHL Awards at T-Mobile Arena on Wednesday, June 21, 2017 in Las Vegas. Bridget Bennett Las Vegas Review-Journal @bridgetkbennett 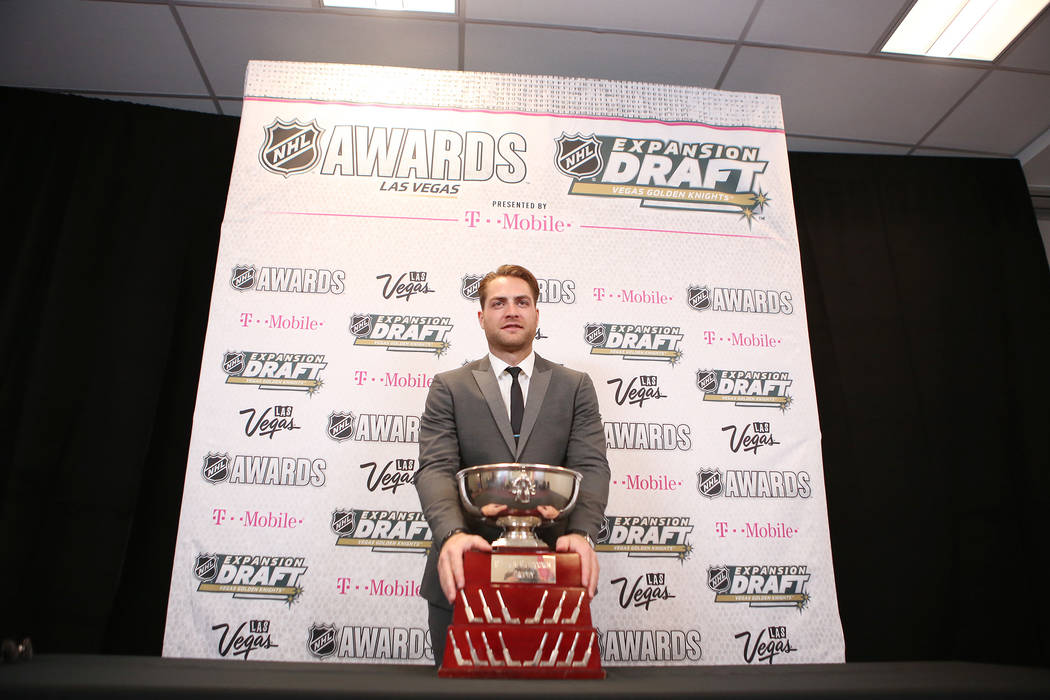 Braden Holtby of the Washington Capitals is pictured with the Williams M. Jennings Trophy that was awarded at the 2017 NHL Awards at T-Mobile Arena on Wednesday, June 21, 2017 in Las Vegas. Bridget Bennett Las Vegas Review-Journal @bridgetkbennett

The NHL Awards is celebrating its ninth season in Las Vegas this summer, but for the first time a hometown team will be eligible for some hardware.

The June 20 show won’t be exciting as last year, when the league announced the players the Golden Knights selected in the expansion draft, but Vegas will still be up for four of these major awards. Before the trophies get passed out though, here’s a breakdown of everything that will get handed out:

Hart Trophy — League MVP. The original trophy was donated to the NHL in 1923 by David Hart, the father of longtime Montreal Canadiens coach Cecil Hart. Los Angeles’ Anze Kopitar, New Jersey’s Taylor Hall and Colorado’s Nathan MacKinnon are up for this one.

Ted Lindsay Award — Most outstanding player as voted on by the members of the NHL Players’ Association. The winner of the Hart has also won the Ted Lindsay Award the last four years. And the nominees are: Edmonton’s Connor McDavid, Hall and MacKinnon.

Bill Masterton Memorial Trophy — Perseverance, sportsmanship and dedication to hockey. It will be handed out to either Brian Boyle (New Jersey Devils), Roberto Luongo (Florida Panthers) and Jordan Staal (Carolina Hurricanes) this year.

Mark Messier NHL Leadership Award — Leadership qualities on and off the ice. Given to a player selected by Hockey Hall of Fame center Mark Messier. The Knights’ Deryk Engelland is a finalist, along with Philadelphia’s Wayne Simmonds and Winnipeg’s Blake Wheeler.

NHL Foundation Player Award — Community service award. The winner gets a $25,000 grant to help a cause he supports.