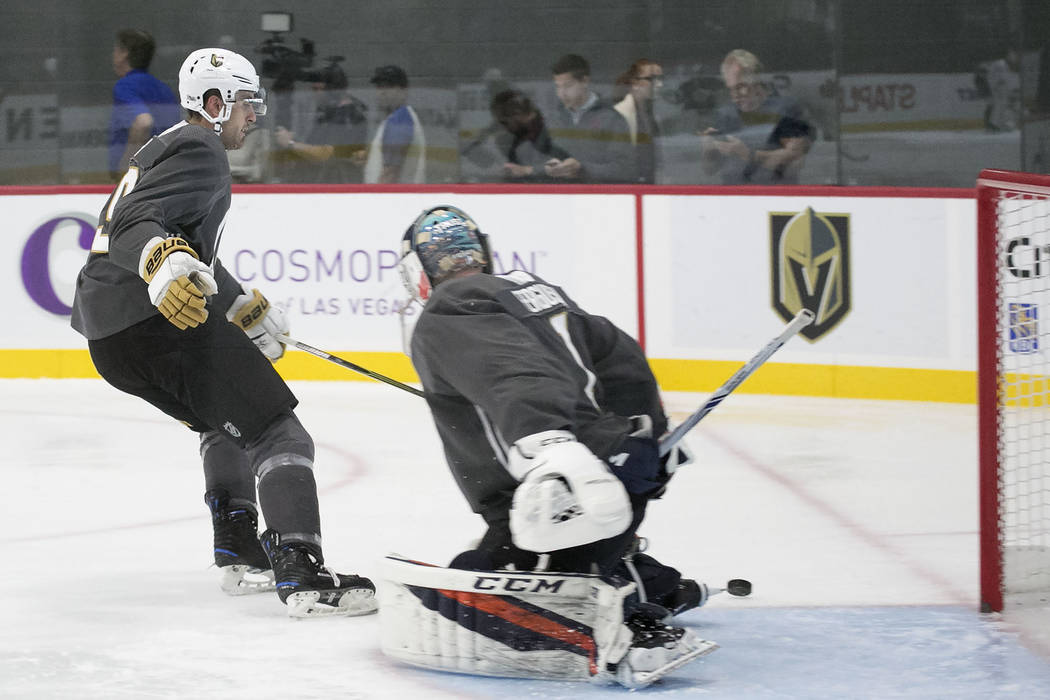 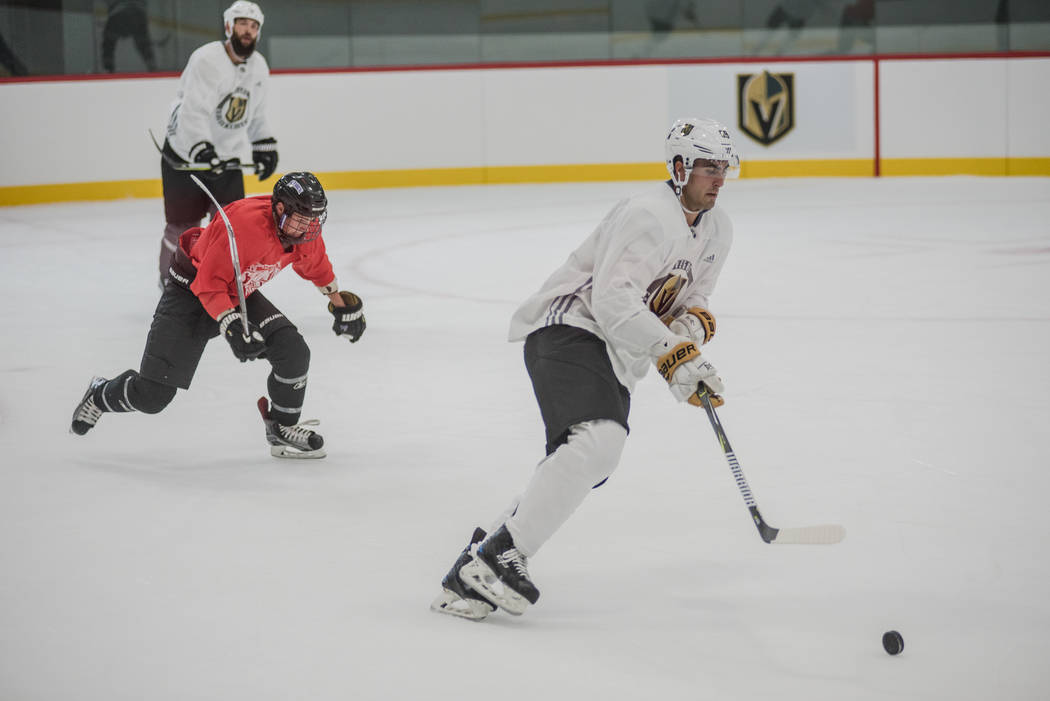 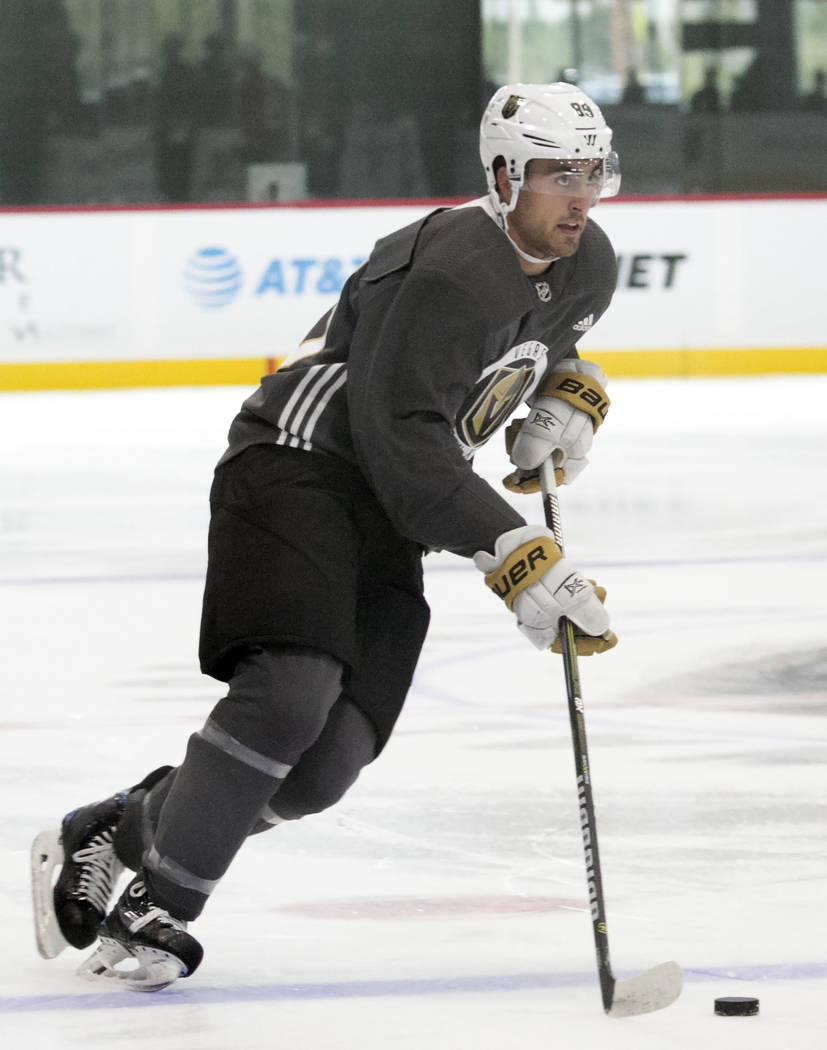 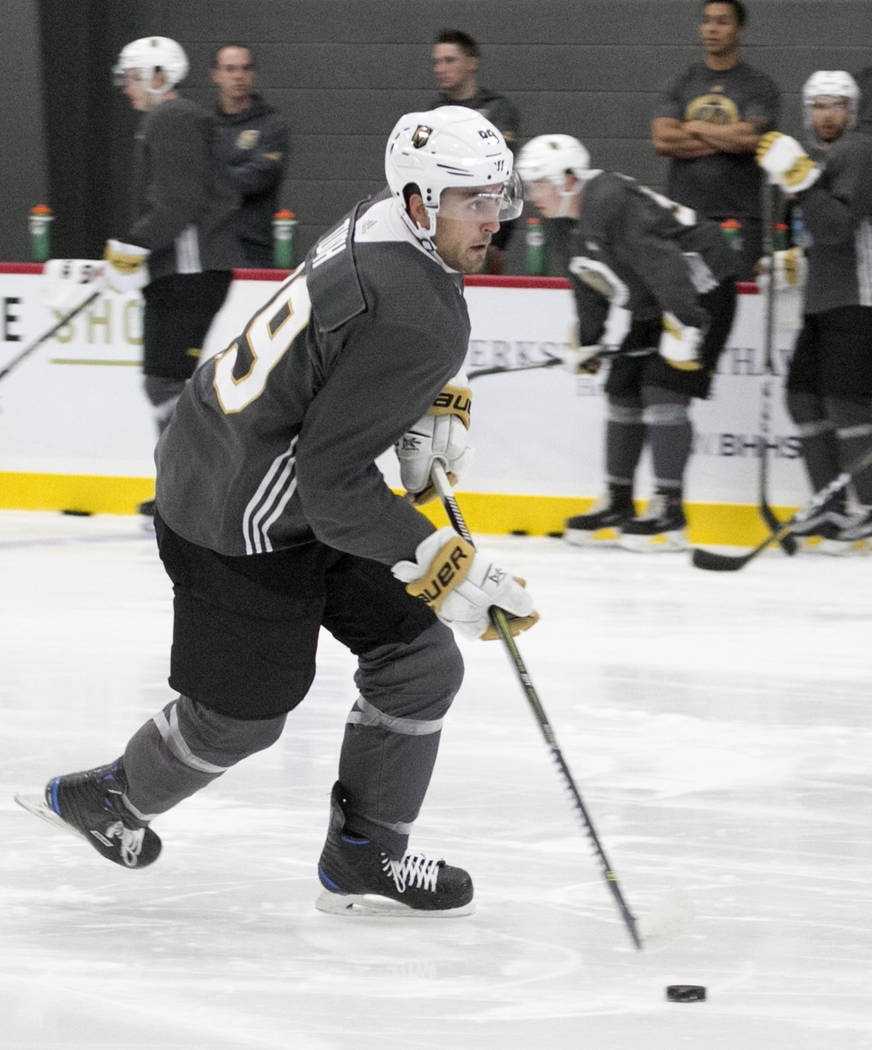 Alex Tuch can read. He sees that he is a prime candidate to make the Golden Knights’ opening-night roster come Oct. 6.

To his credit, the 6-foot-4-inch right wing is not believing the hype. He’d prefer to hear it from general manager George McPhee or head coach Gerard Gallant than what some blogger is saying.

“Obviously, that’s my goal,” Tuch said after rookie camp practice at City National Arena. “But it’s not going to be easy. There’s a lot of competition. But I’m here to compete and win a job, definitely.

“These next two weeks are going to be extremely important. There’s a lot of work to be done so I’m not worrying about opening night.”

Tuch was a first-round pick of the Minnesota Wild in the 2014 entry draft. The former Boston College star spent most of last season in the American Hockey League with Iowa, but got a small sample of NHL life in Minnesota, appearing in six games. He’s only 21 years old and from McPhee’s standpoint, acquiring Tuch was akin to snagging a high draft pick with extra seasoning.

The Knights got Tuch in an expansion draft night deal June 21, giving Minnesota a third-round pick in return. In 57 games with Iowa last year, he had 18 goals and 37 points. He did not register a point in his six games with the Wild, but he possesses a quick release and a hard shot and wins his share of one-on-one battles in the corners.

Tuch credits his time with skills coaches Francois Methot, Adam Nicholas and Donnie Kirnan Jr. for his development this summer.

“We had NHL-style offseason workouts,” he said. “It was hard work but I noticed the improvement when I got here (to Las Vegas).”

Tuch was one of several rookies who came to Las Vegas early and skated in the informal workouts with the Knights’ veterans. He saw the same thing he saw during his brief stay in Minnesota — a heightened work ethic and a way of doing things at the professional level.

“It definitely leaves an impression with you,” he said. “It shows commitment. It shows leadership. I try to take on a leadership role in the locker room here.”

“He’s had some NHL experience so that helps give him respect with the younger guys,” Thompson said. “He’s a big, strong guy and he’s played well here.”

He has looked good early in rookie camp. Thompson has Tuch skating with Reid Duke and Tyler Wong — a line that will be in place when the Knights scrimmage the Los Angeles Kings rookies Tuesday and Wednesday at the Kings’ training facility in El Segundo, California.

But Tuch won’t be allowed to be lulled into a sense of false security.

“The key word is ‘daily,’” he said. “I’m trying to take everything day-by-day, and shift-by-shift. I’m trying not to worry too much about the future. I can’t worry about opening day whether I’ll be with the big team or in the AHL. I just have to worry about practice here and the two scrimmages in L.A.”