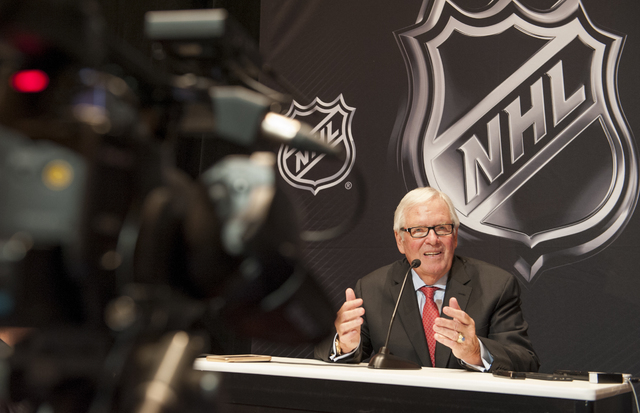 Las Vegas NHL owner Bill Foley might get his wish on his team being called the Knights. Just with a modifier.

Domain names were registered last week that might be an indicator the NHL team scheduled to begin play in 2017 could be called the Las Vegas Desert Knights.

Foley said via text message he had no comment regarding the process.

There is, however, no indication that Moniker Privacy Services is connected to Foley or the NHL.

The domain names for Nighthawks, Desert Hawks and Red Hawks were registered publicly and confirmed by Foley as choices for the team name last month.

Foley initially wanted the team to be called the Black Knights, after his alma mater, the U.S. Military Academy in West Point, New York. He later dropped the color and wanted to be called the Knights, but the team had a trademarking issue with the London Knights of the Ontario Hockey League.

In other news, the team announced two hires Thursday. Scott Luce was named director of amateur scouting, and Erin Grinnell was hired as an amateur scout.

Luce joins Las Vegas after spending 14 years with the Florida Panthers as a scout and director of player personnel. Grinnell had been the head amateur scout with Florida for the past six seasons.