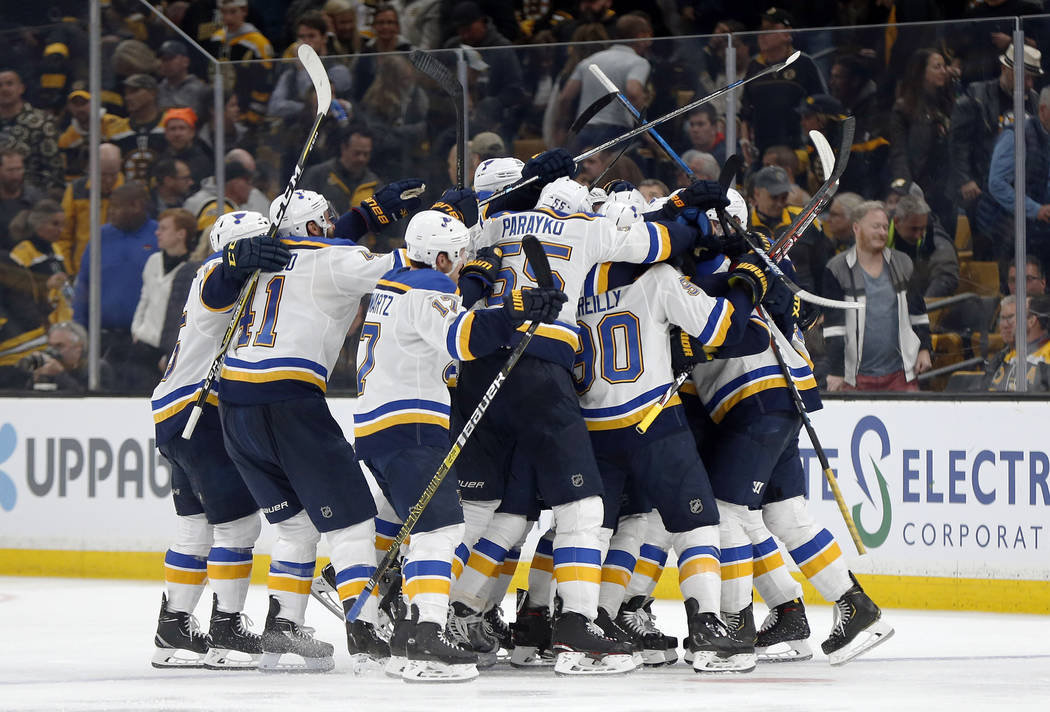 The St. Louis Blues mob Carl Gunnarsson, of Sweden, who scored the winning goal against the Boston Bruins during the first overtime period in Game 2 of the NHL hockey Stanley Cup Final, Wednesday, May 29, 2019, in Boston. (Bruce Bennett/Pool via AP) 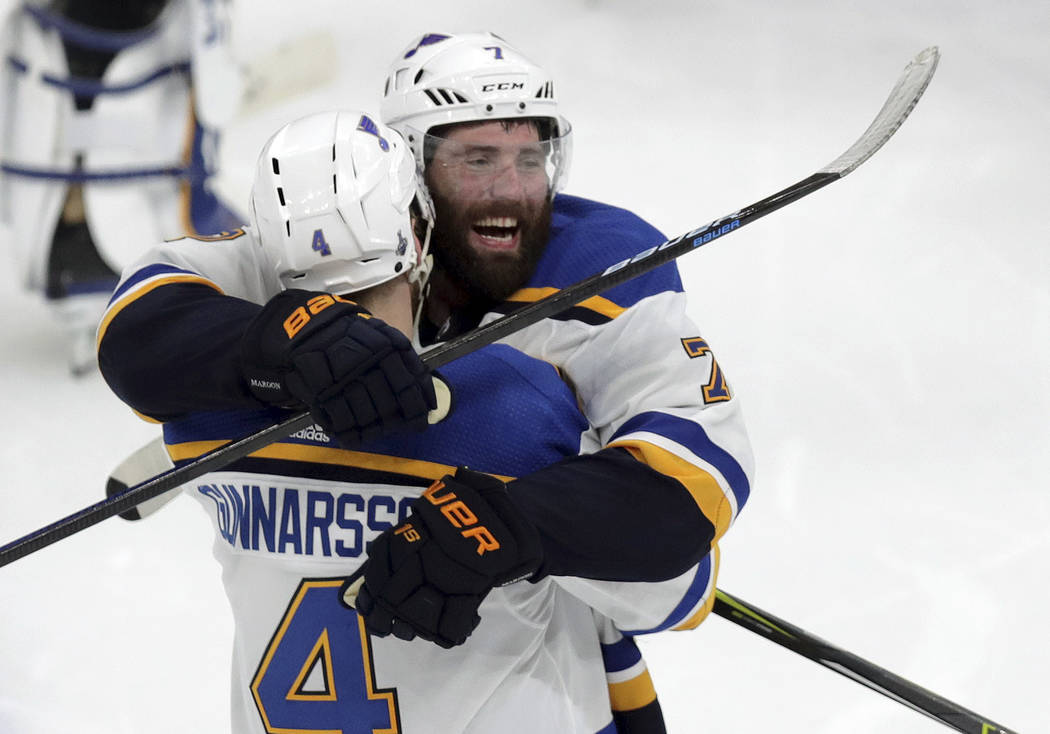 St. Louis Blues' Carl Gunnarsson (4), of Sweden, is congratulated by Pat Maroon, rear, after he scored the winning goal against the Boston Bruins during the first overtime period in Game 2 of the NHL hockey Stanley Cup Final, Wednesday, May 29, 2019, in Boston. (Bruce Bennett/Pool via AP) 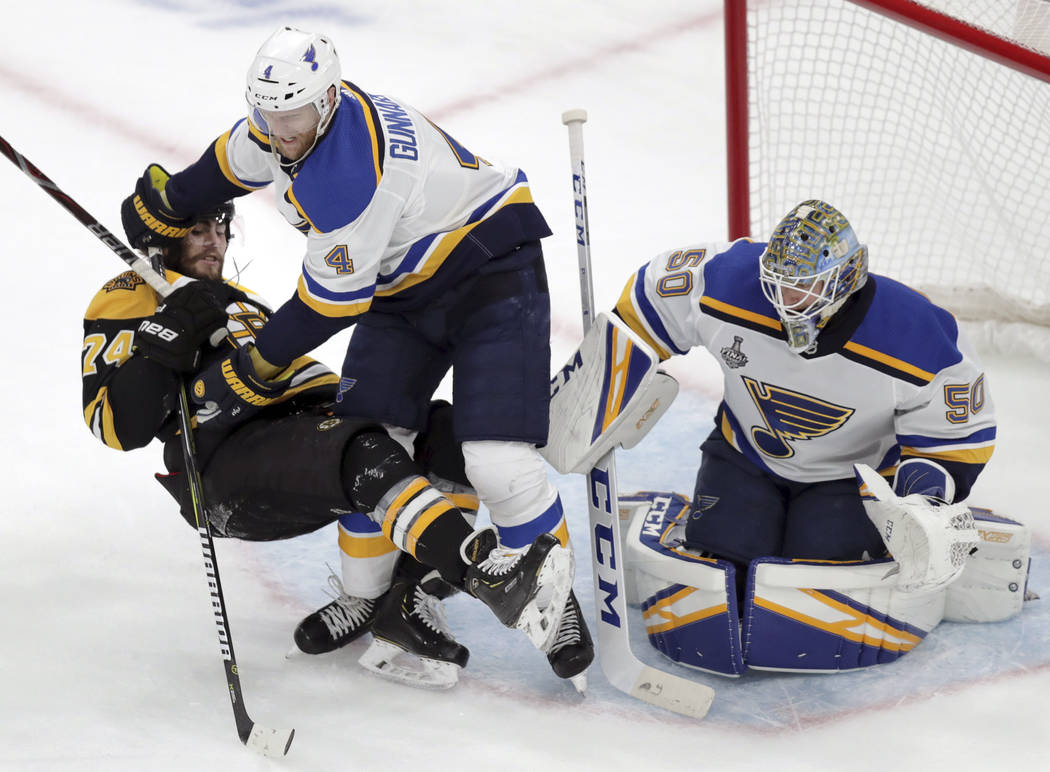 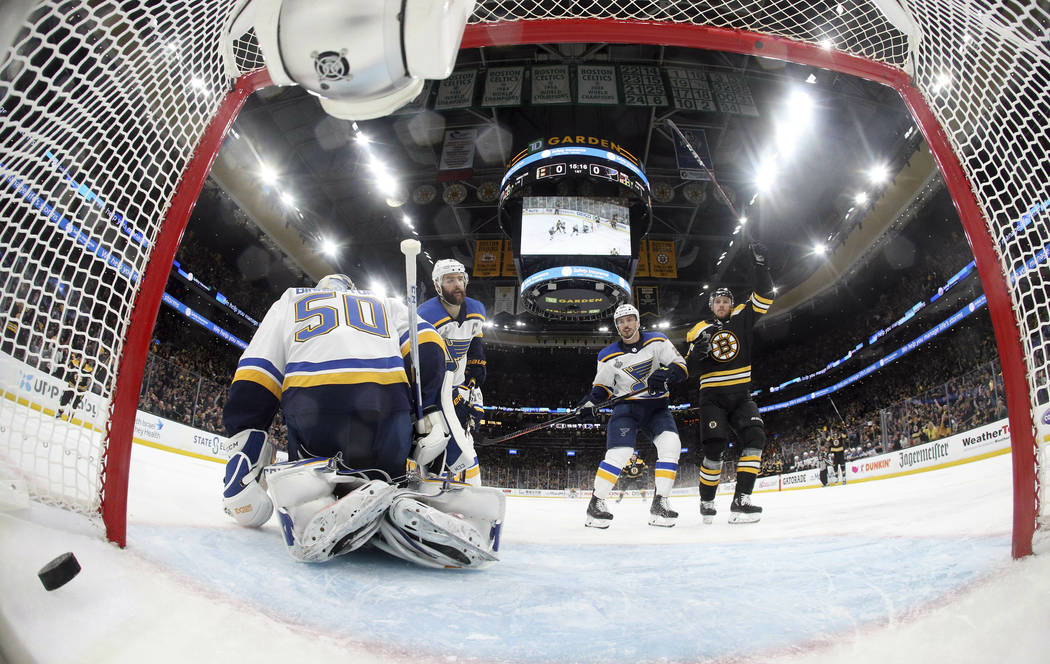 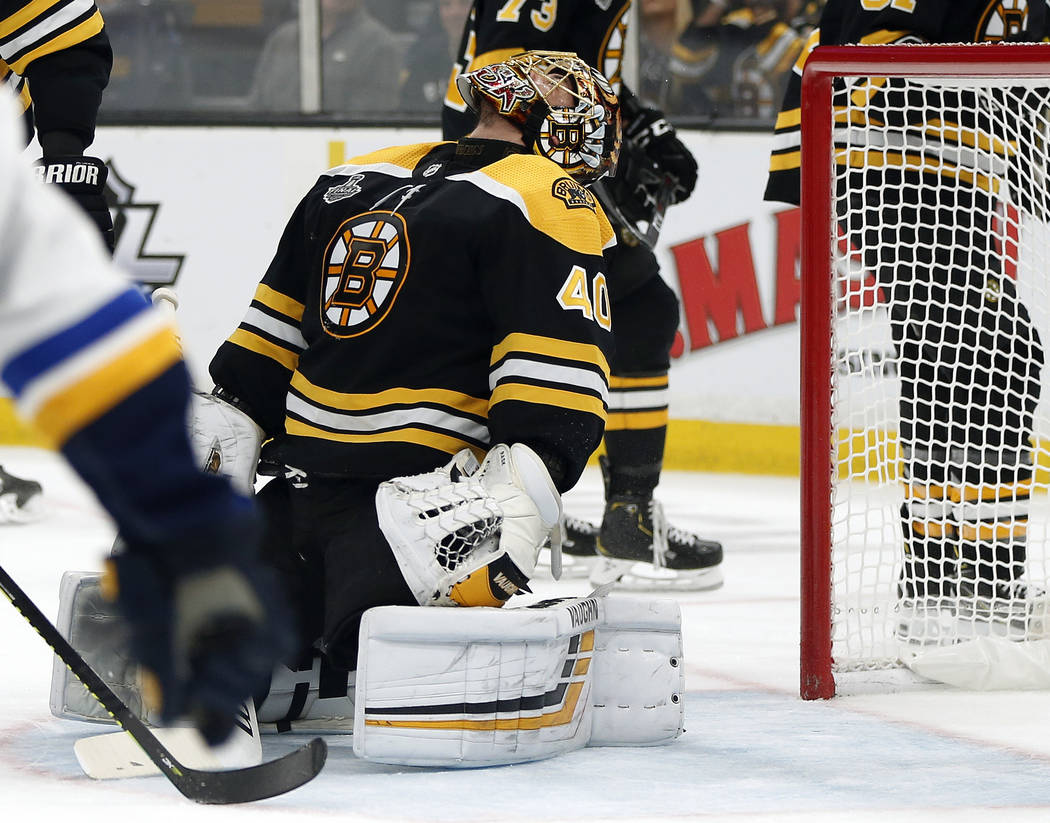 Boston Bruins goaltender Tuukka Rask, of Finland, reacts after allowing a goal by St. Louis Blues' Vladimir Tarasenko, of Russia, during the first period in Game 2 of the NHL hockey Stanley Cup Final, Wednesday, May 29, 2019, in Boston. (AP Photo/Michael Dwyer)

BOSTON — Carl Gunnarsson scored on a delayed penalty 3:51 into overtime, Jordan Binnington made 21 saves and the St. Louis Blues beat the Boston Bruins 3-2 on Wednesday night to tie the Stanley Cup Final at a game apiece.

Robert Bortuzzo and Vladimir Tarasenko also scored in St. Louis’ first Cup finals victory after losing the previous 13. It was the first overtime in a Cup final since Game 2 of 2016.

Charlie Coyle and Joakim Nordstrom scored for Boston and Tuukka Rask made 33 saves. The Bruins won 4-2 in Game 1 on Monday night and had won eight straight games.