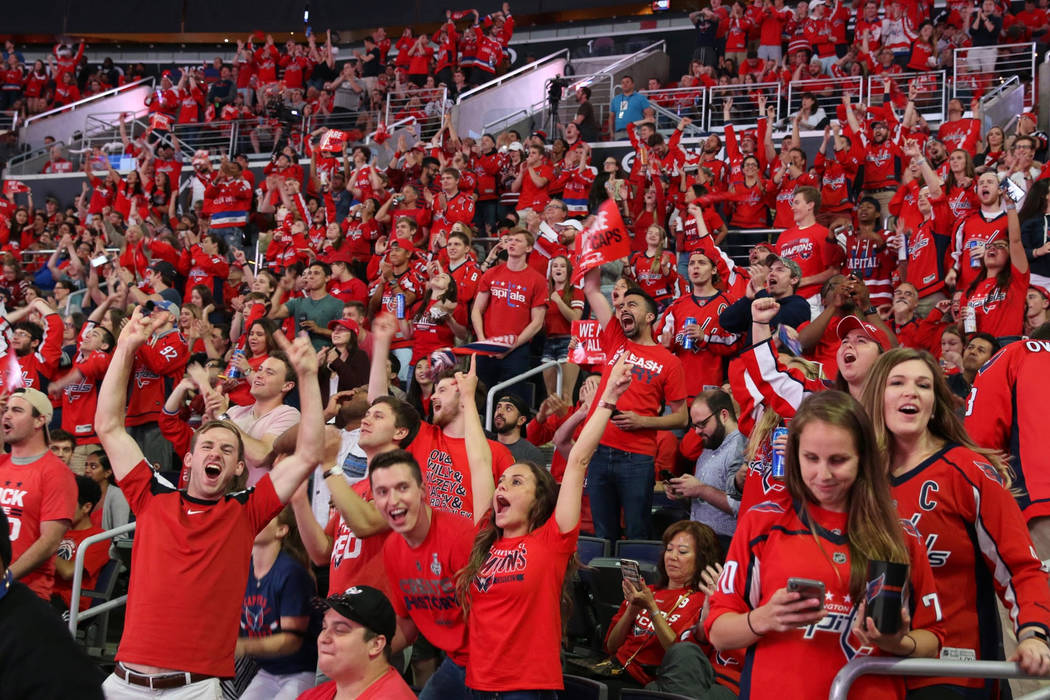 Capitals fans during a Stanley Cup game viewing party at Capital One Arena on May 30, 2018 in Washington, D.C. (Ben Sumner/The Washington Post) 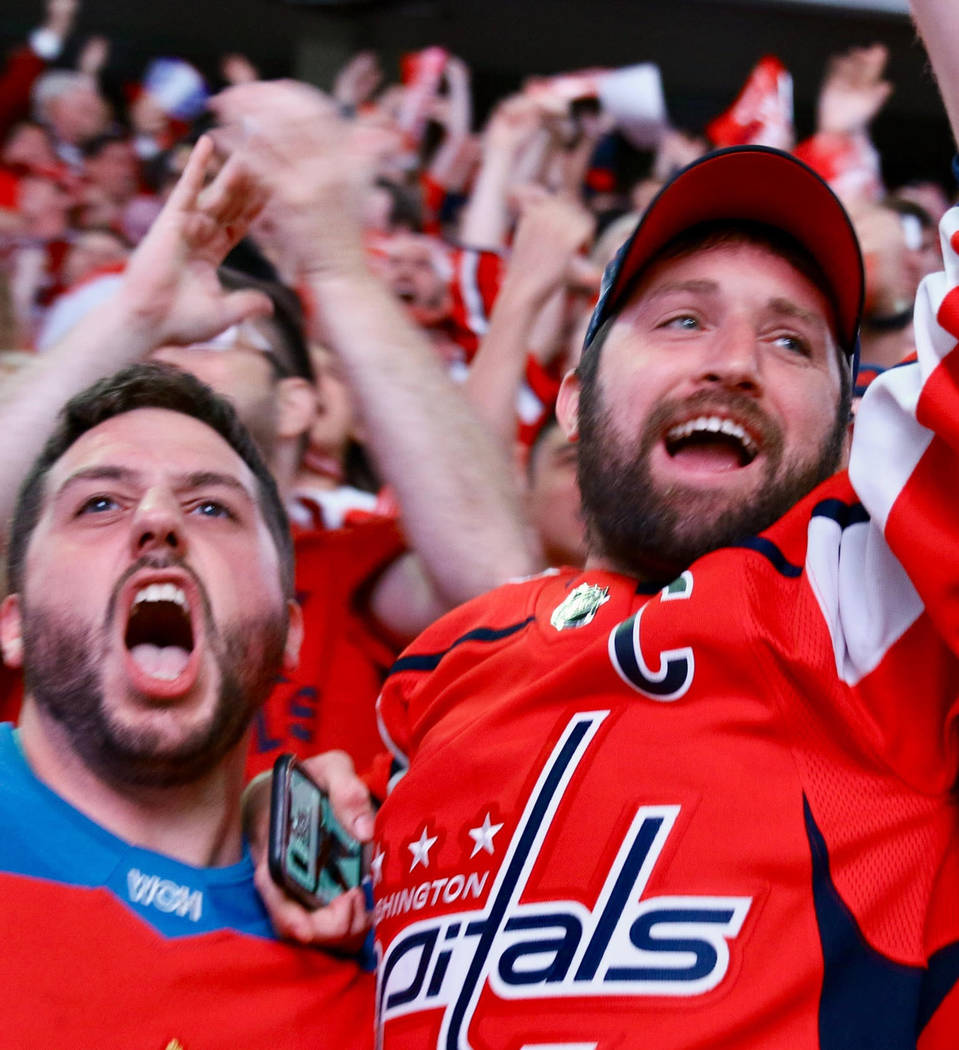 Capitals fans during a Stanley Cup game viewing party at Capital One Arena on May 30, 2018 in Washington, D.C. (Ben Sumner/The Washington Post)

WASHINGTON — It’s been a 20-year wait, and Capitals fans are ready to “Rock the Red” against the first-year wunderkind Vegas Golden Knights.

There is no shortage of enthusiastic support from local fans who crave a world title from the city’s professional sports teams and are cheering the Capitals’ return to the Stanley Cup Final for the first time since 1998.

Restaurants, shops and stores have signs blaring loyalty to the hockey franchise, a team built around captain Alex Ovechkin, who scored in a 3-2 win over the Knights in Game 2.

Fans wearing red jerseys packed Capital One Arena in Chinatown to watch the first two games on the JumboTron, marching through the street following the win Wednesday that tied the series 1-1.

City officials expect a packed house when the next two games are held in Washington. And they expect thousands of fans celebrating in the streets of the District of Columbia and the Maryland and Virginia suburbs — the DMV.

“It’s exciting for D.C. because we don’t get this far in most sports, even though we have good teams,” said Keely Dobbs, 27.

Police have blocked off the street in front of the arena. A local cable company, Comcast Xfinity, paid $100,000 to keep the subway open for an hour past the 11:30 regular closing Monday.

“D.C. is ready for the Capitals to bring the Stanley Cup Finals home to the #SportsCapital,” Mayor Muriel Bowser said in a statement.

“We encourage everyone to avoid driving, use Metro and rock the red for all of the home games!” Bowser said.

The Capitals were last in the Stanley Cup Final in 1998, when they were swept 4-0 by the Detroit Red Wings.

“I was actually born on the day the Caps lost to the Red Wings 20 years ago,” said Kirsten Nilsen, 19.

Nilsen’s birthday is June 13, the day Game 7 would take place, if necessary. She said a Cup victory by the Caps would be exciting for her father, a fan who remembers the loss two decades ago.

Following the Red Wings loss, the Capitals spent two decades rebuilding. A strong roster the last two years was expected to deliver the Cup. So far it has not.

The Capitals made it to the second round of the playoffs last year, but Pittsburgh Penguin goalie Marc-Andre Fleury, now with the Knights, got a shutout in Game 7 to eliminate them.

After their first win in a Stanley Cup Final, the Capitals return to local fans who have shown wild excitement and high expectations.

The Knights have been described as an expansion team of castoffs and misfits, although one of the best storylines has been the curse of Nate Schmidt, a former Capitals defenseman who was snapped up by Vegas and has proven a force in the playoffs.

Schmidt, who scored in the wild come-from-behind Game 1 victory, called the Knights’ win over his former team “bittersweet.”

“I am a little upset that a former Cap is playing for them,” said Amir Morgan, 57, of Silver Spring, Maryland, “but I can get over that.”

The Knights were long shots to even make the playoffs as an expansion team. But their appearance in the final is not lost on many in Washington, who know established teams could not protect all their players from the reach of the expansion franchise.

The Knights were able to load up with talent that some Capitals fans believe allowed them to be immediately competitive.

“They are not a Cinderella team,” said Dobbs, who nonetheless gives the Knights credit for their cohesion and accomplishment in reaching the Stanley Cup Final in their first year in the NHL.

But Capitals fans are rallying around their team. They want the reward for years of loyalty to a team that has grinded through playoffs in the past to finally reach the point where the Cup is in reach.

Dobbs has watched the Capitals for over a decade and has felt the rush of victory and pain of defeat.

She is hoping this will be the year the Capitals bring back a world title that has eluded the region’s football, baseball, basketball and hockey teams for over two decades.

“If we win it,” she said, “it will be something very special.”