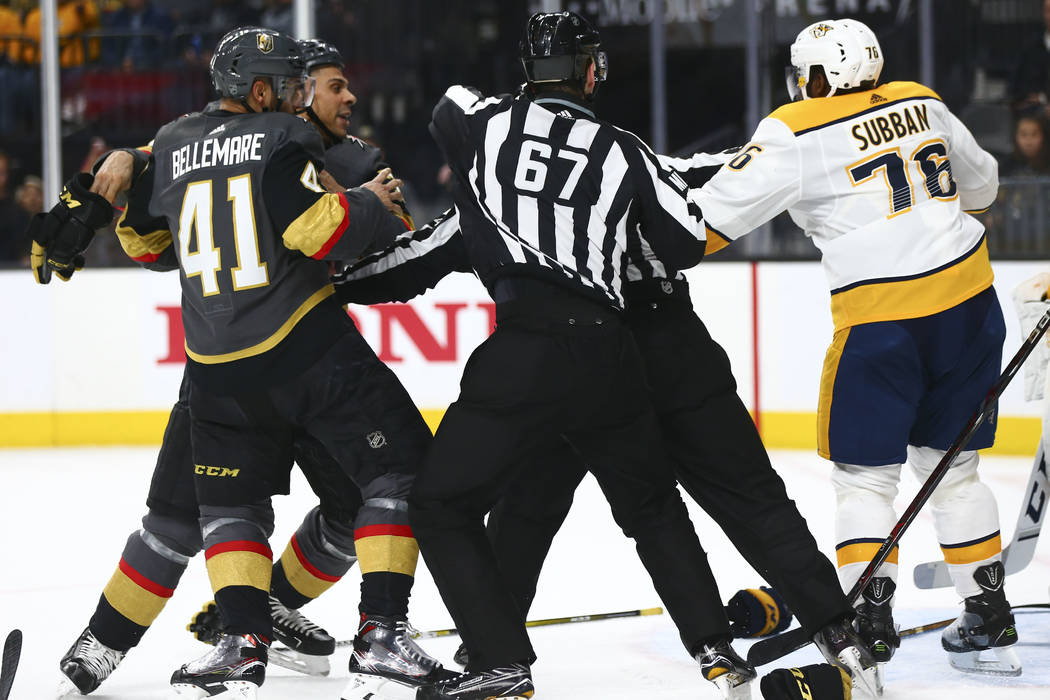 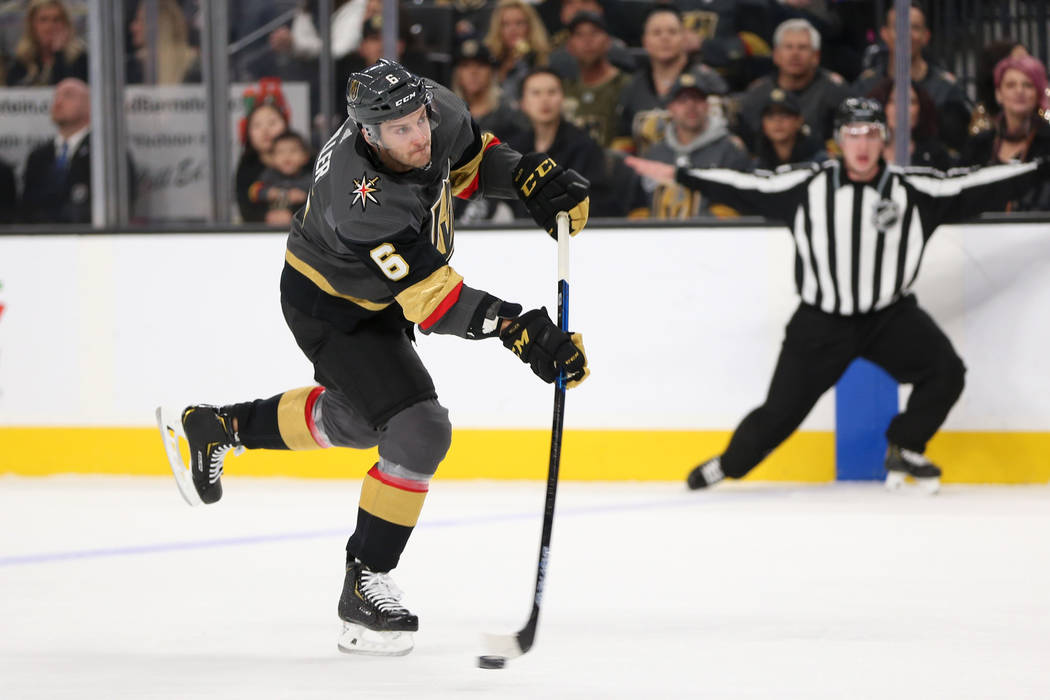 Primarily, it was a message to the Golden Knights defenseman about his recent play, which bottomed out in Monday’s loss at Colorado. That much is obvious.

But it also was a reminder for the rest of the players in the locker room that no job is safe.

At a time when they should be starting their push toward the postseason, the Knights continue to fight complacency and inconsistency.

They are 3-6-1 in their past 10 games entering Friday’s encounter with the Central Division-leading Winnipeg Jets at T-Mobile Arena. The Knights trail second-place San Jose by 11 points and lead fourth-place Arizona by eight points.

Gallant changed his forward lines last week in an effort to snap the Knights out of their funk, and taking away playing time is his most powerful coaching weapon with 20 games remaining.

“Obviously, it’s unfortunate. Colin is a great player, and it’s the way it goes sometimes,” left wing Jonathan Marchessault said. “It’s the coach’s decision, but I think when we see that, it keeps everybody honest. That’s something I respect a lot from our coaches.

“It doesn’t matter how much money you make. In this locker room, it’s all about being a team and being good together. It keeps everybody accountable and needing to work hard.”

Wednesday’s game against Boston marked the first time Miller was a healthy scratch with the Knights and came after he was on the ice for all three goals in a 3-0 defeat at Colorado on Monday. He played 13:41 on 18 shifts, his second-lowest ice time of the season.

Miller is second in scoring among Knights defensemen with 23 points (two goals, 21 assists) in 48 games, and his 11 power-play points lead the club’s blue liners.

Since returning from an upper-body injury on Jan. 19, Miller has six assists and a minus-3 rating.

The 26-year-old currently is the Knights’ second-highest paid defenseman after he signed a four-year, $15.5 million contract in the offseason.

Miller was not available to the media for the second straight day following practice Thursday at City National Arena. He rotated with Nick Holden and Jon Merrill during one drill, and Miller’s status for the game against the Jets remains unclear.

“The only reason he was scratched was because I thought we played our six better guys last night. That was the only reason,” Gallant said Thursday. “Colin had a tough game the night before. It wasn’t from one game. It’s over time, and very seldom do I ever sit a guy because of one game.

“Jon Merrill has come in there and played outstanding hockey. I’m trying to play who I thought the six best guys would be for (Wednesday) night. I don’t know if it’s going to be the same (Friday), but they all played pretty well, pretty good hockey.”

Merrill has appeared in the past 11 games and posted one goal and four assists. The Knights produced a tick more than 50 percent of the shot attempts at 5-on-5 when Merrill was on the ice.

Gallant indicated Merrill had the left side on the third defense pairing locked down for the time being. That would leave Miller and Holden, who was activated from injured reserve Wednesday, competing for the spot at right defense.

“Colin is a big part of our team,” defenseman Nate Schmidt said. “He’s been a big part of it since the beginning. It’s hard to see that, but we also have some guys that are playing pretty well, so it makes it a little bit tougher decision. He’s an excellent player. He’ll be back for us playing big minutes for us again. That’s just the kind of player he is. He’ll bounce back.”