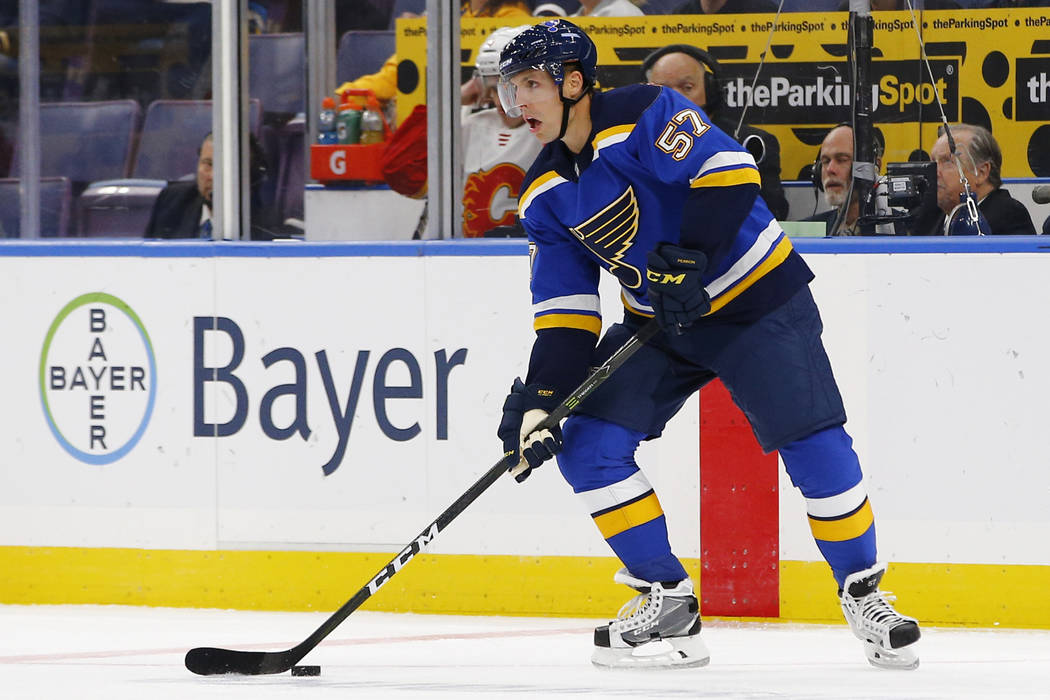 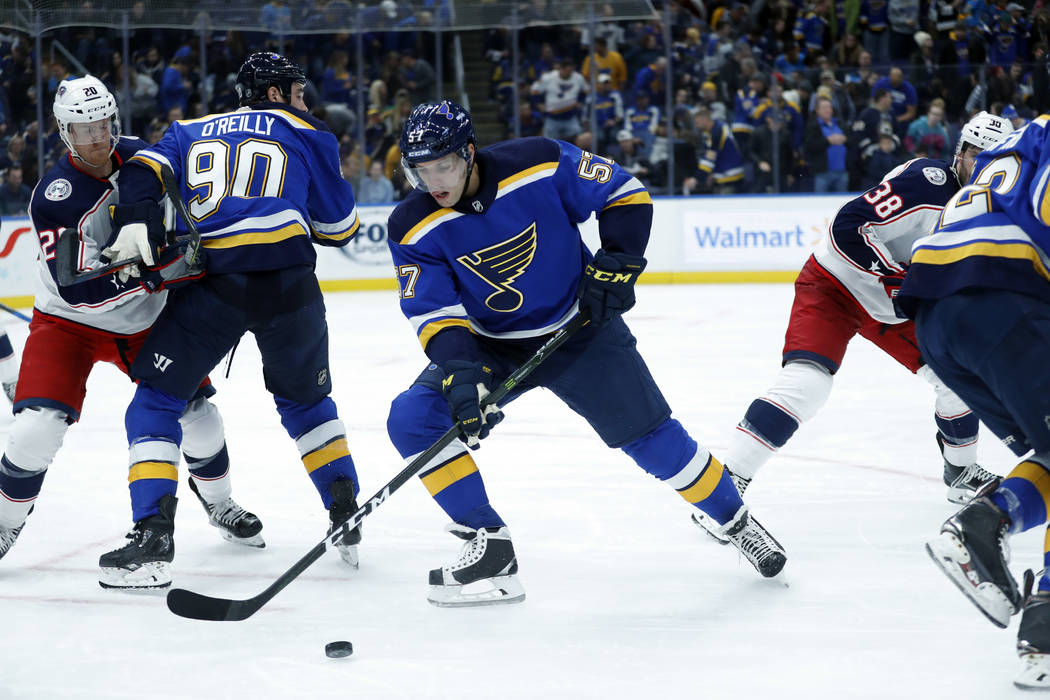 So close, in fact, that the St. Louis Blues’ winger FaceTimed with Jonathan Marchessault after the Knights’ overtime victory over Ottawa on Sunday.

“I was in the hot tub actually at (Vladimir) Tarasenko’s house. I’m not even joking,” Perron said. “Out of the blue, I saw he scored. I FaceTimed him and said, ‘You never score in the shootouts, but you’ll score a penalty shot?’ I was just kind of going on and on for two minutes. It was just funny, a good moment.”

Perron had a career year with the Knights after being selected from St. Louis in the expansion draft, finishing third on the team with 66 points. He called it the “best year of my life.”

But after helping the Knights reach the Stanley Cup Final, Perron signed a four-year, $16 million contract with the Blues as a free agent.

“We had a lot of good discussions during the year, but after the season there wasn’t much, basically, if anything,” the 30-year-old said. “I don’t know if they knew they were getting other guys or what, but they turned the page and were honest with us. It’s still tough to hear. You want to get a second crack at it with the same guys.”

Perron is off to a solid start in his third stint with the Blues, posting 10 points in 10 games prior to Thursday’s matchup with the Knights.

He admitted after Thursday’s morning skate he was more nervous than usual to face his former team.

Perron was joined at dinner Wednesday by nearly 20 members of the Knights.

“We had great moments with him and we went through something kind of special,” Marchessault said. “That’s the way the hockey world rolls. Just separated away sometimes, but it’s always fun to see him again.”

Fans can donate at moteam.co/vegas-golden-knights with the funds benefitting the Movember Foundation.

Also, the league announced the Knights will host their Hockey Fight Cancer awareness night Nov. 24 when they meet the San Jose Sharks.