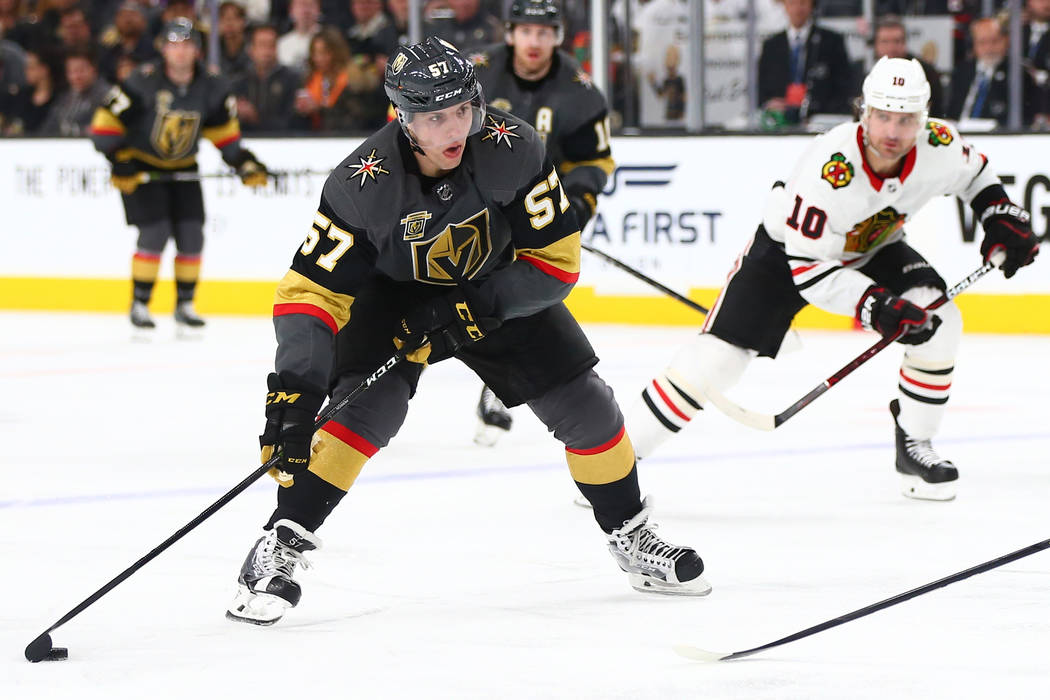 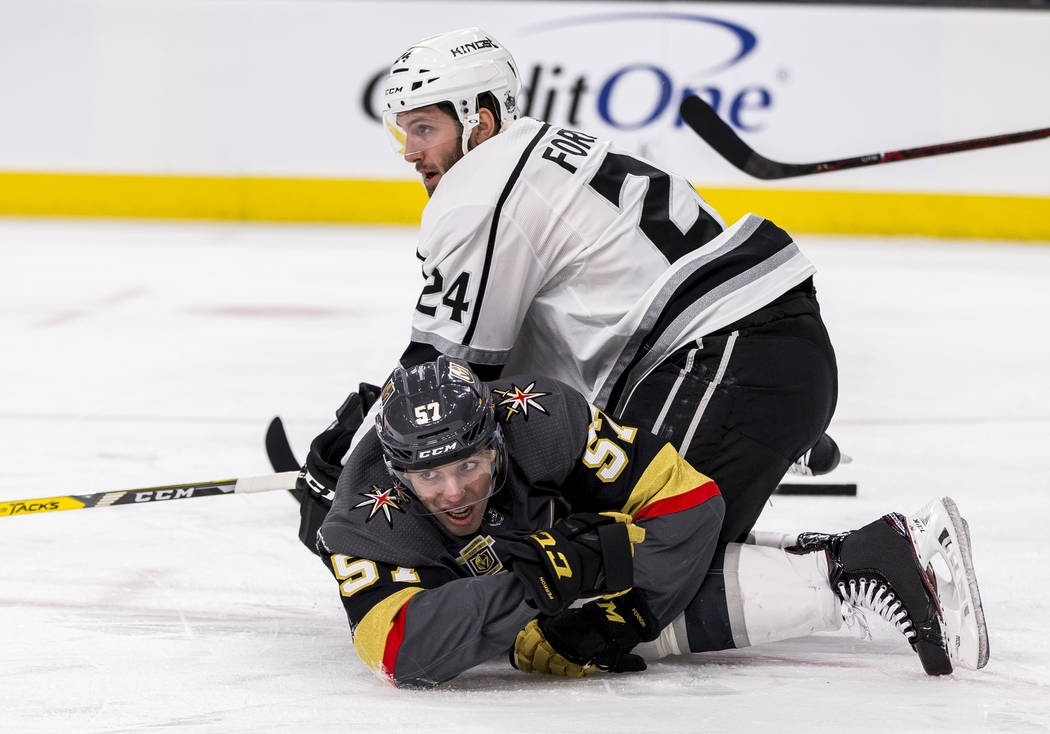 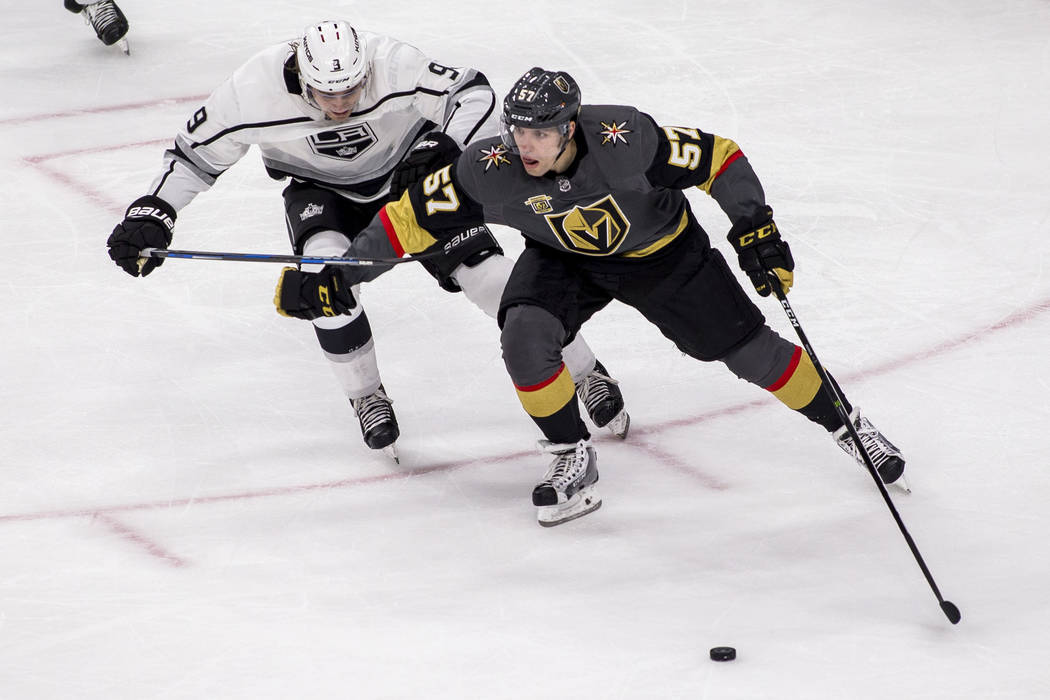 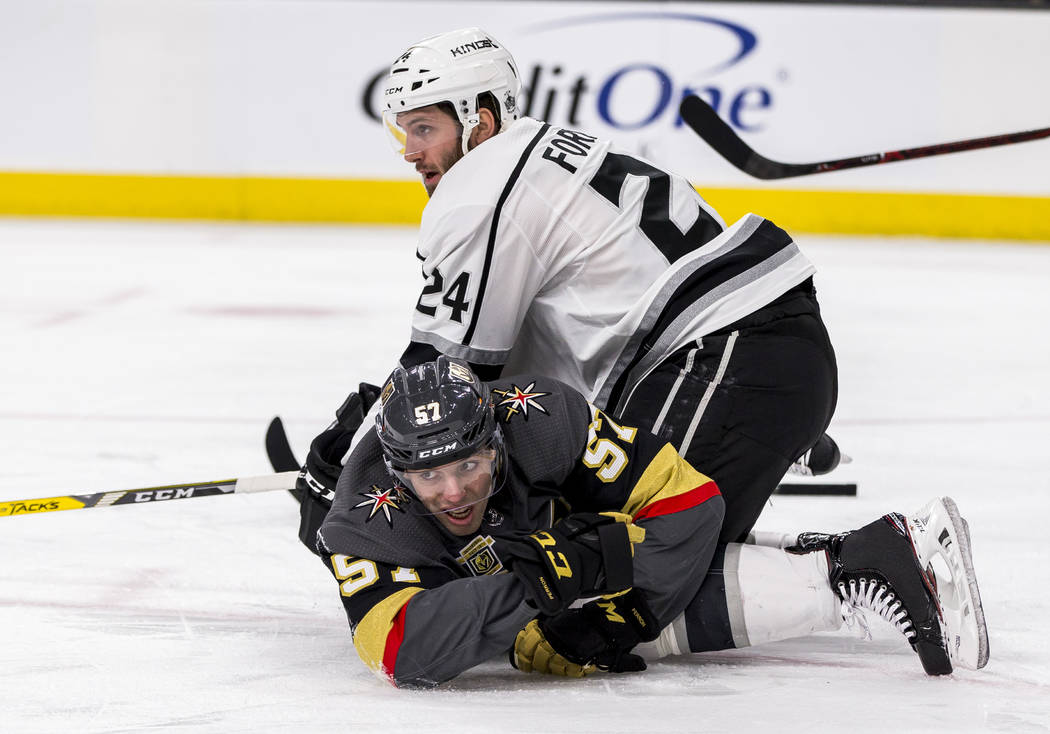 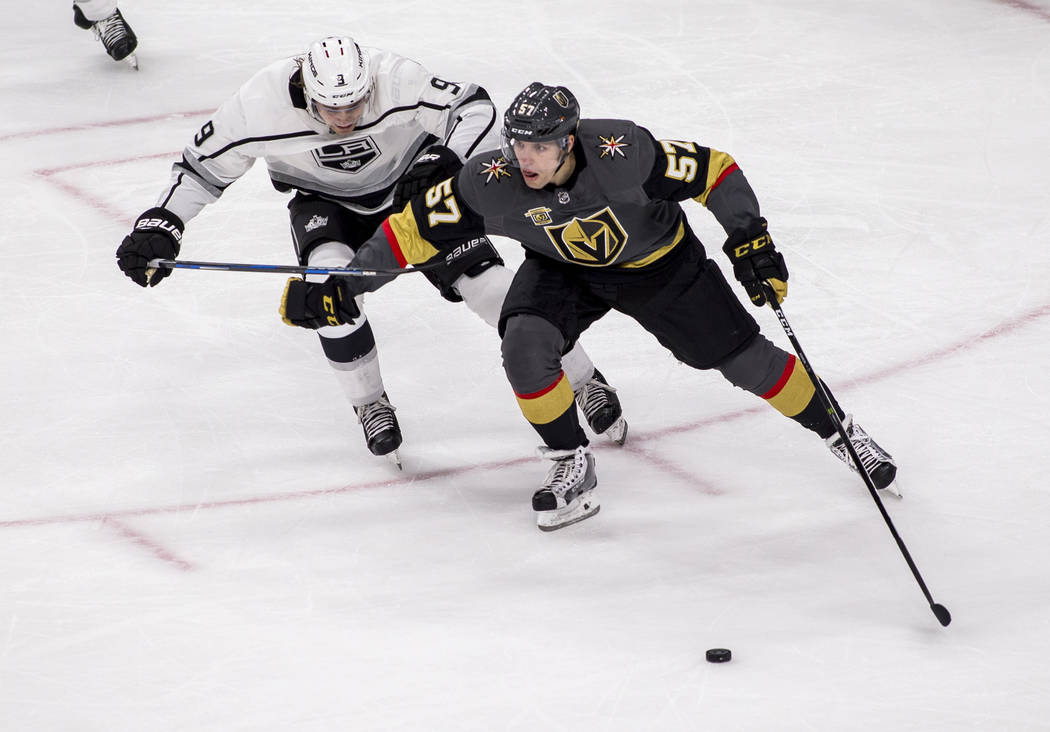 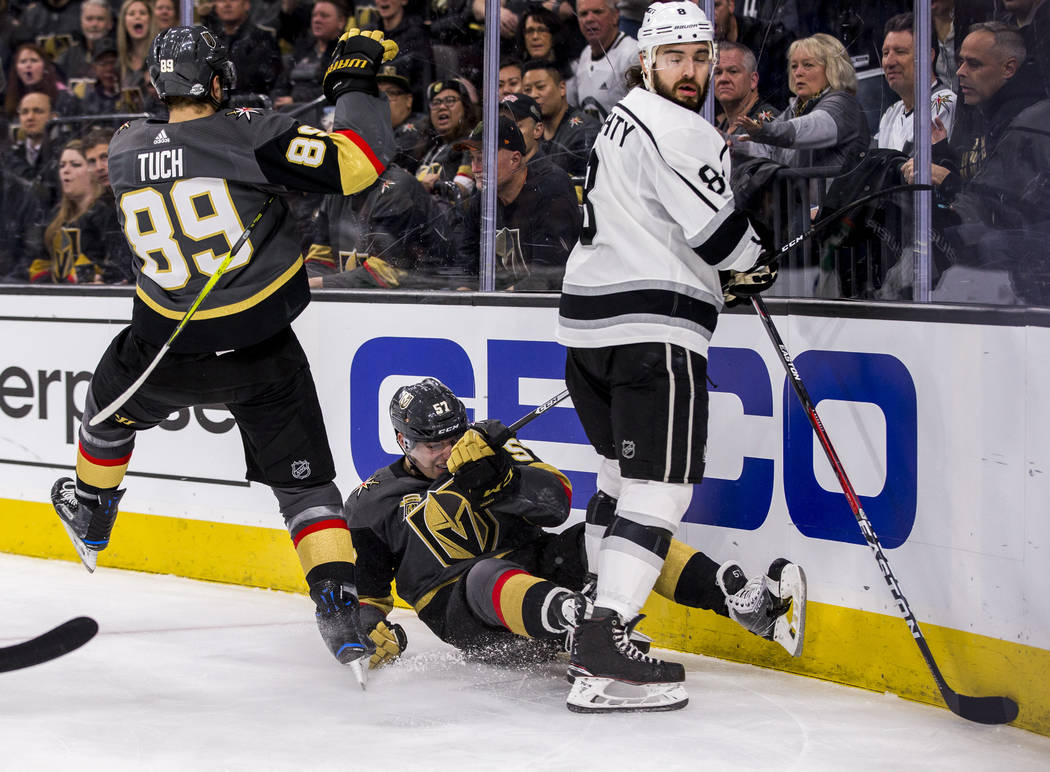 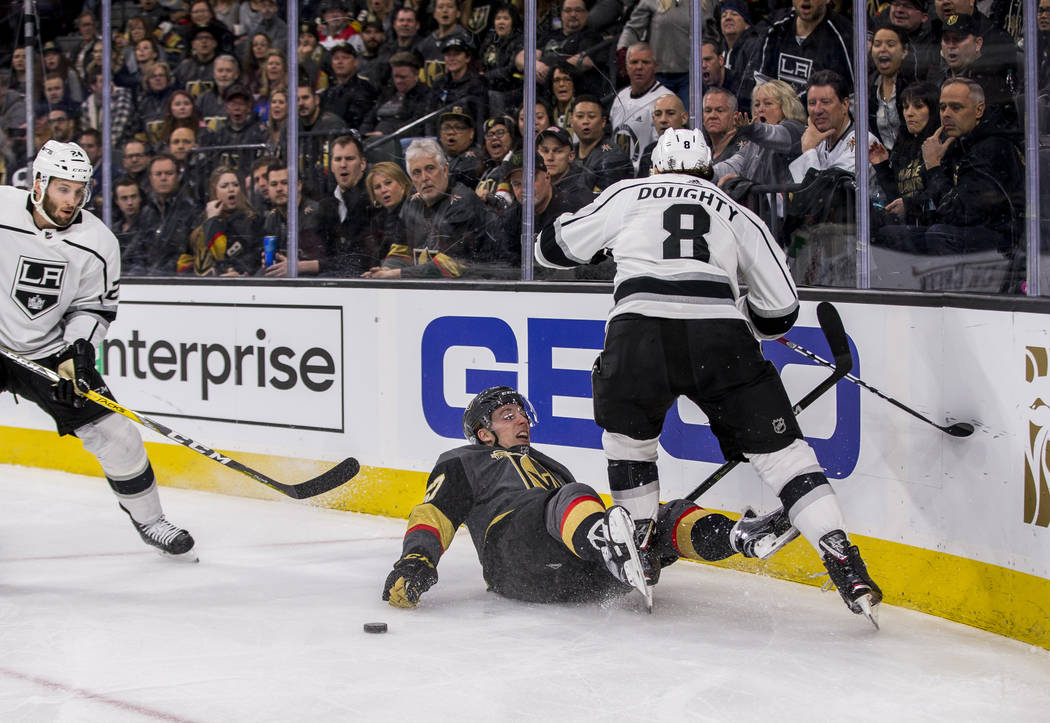 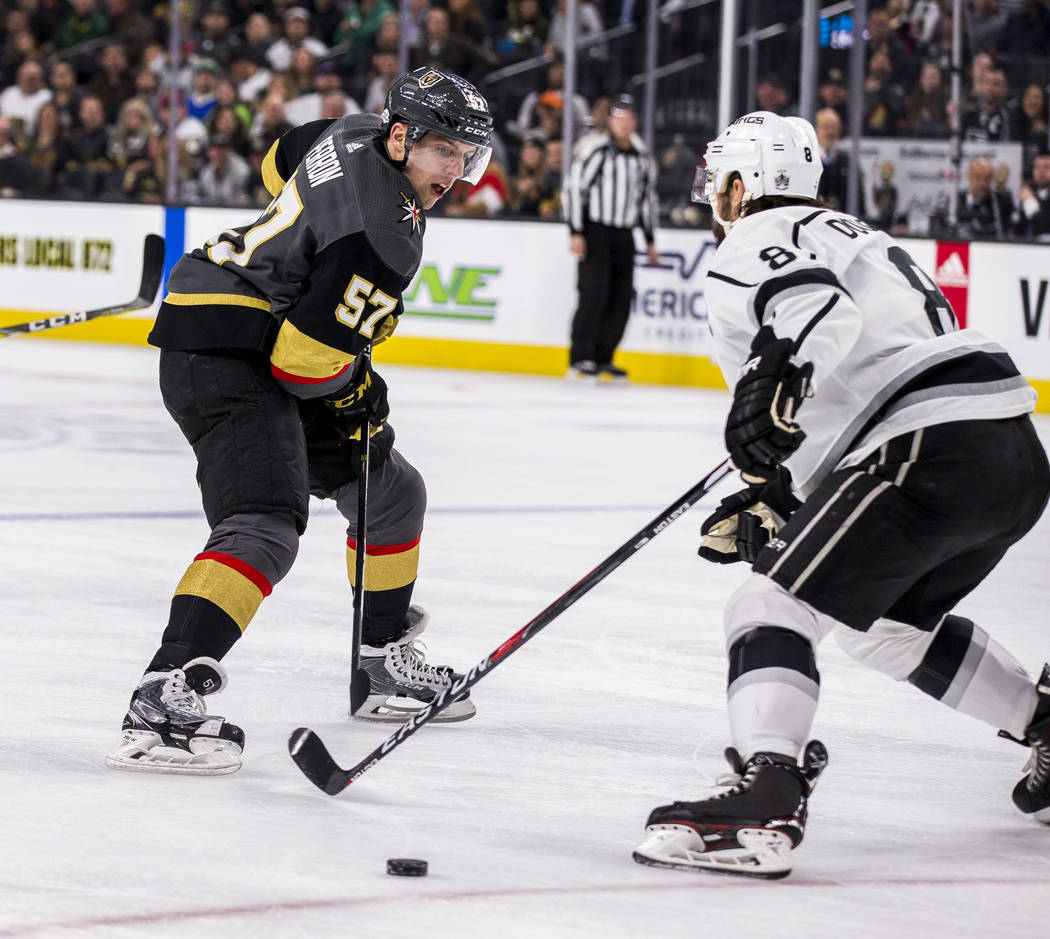 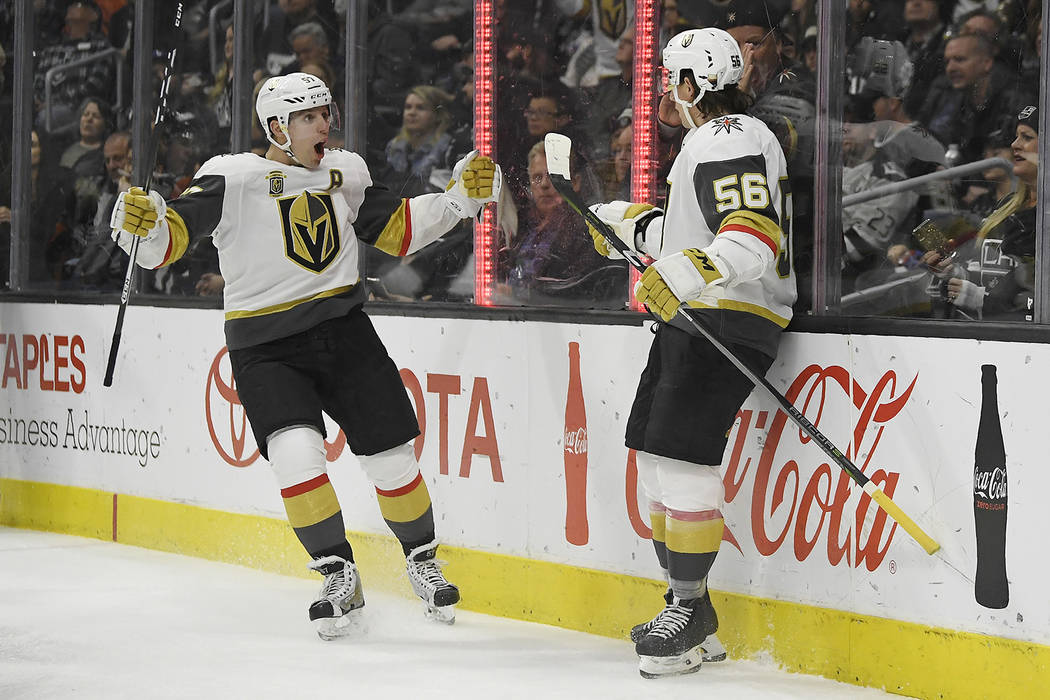 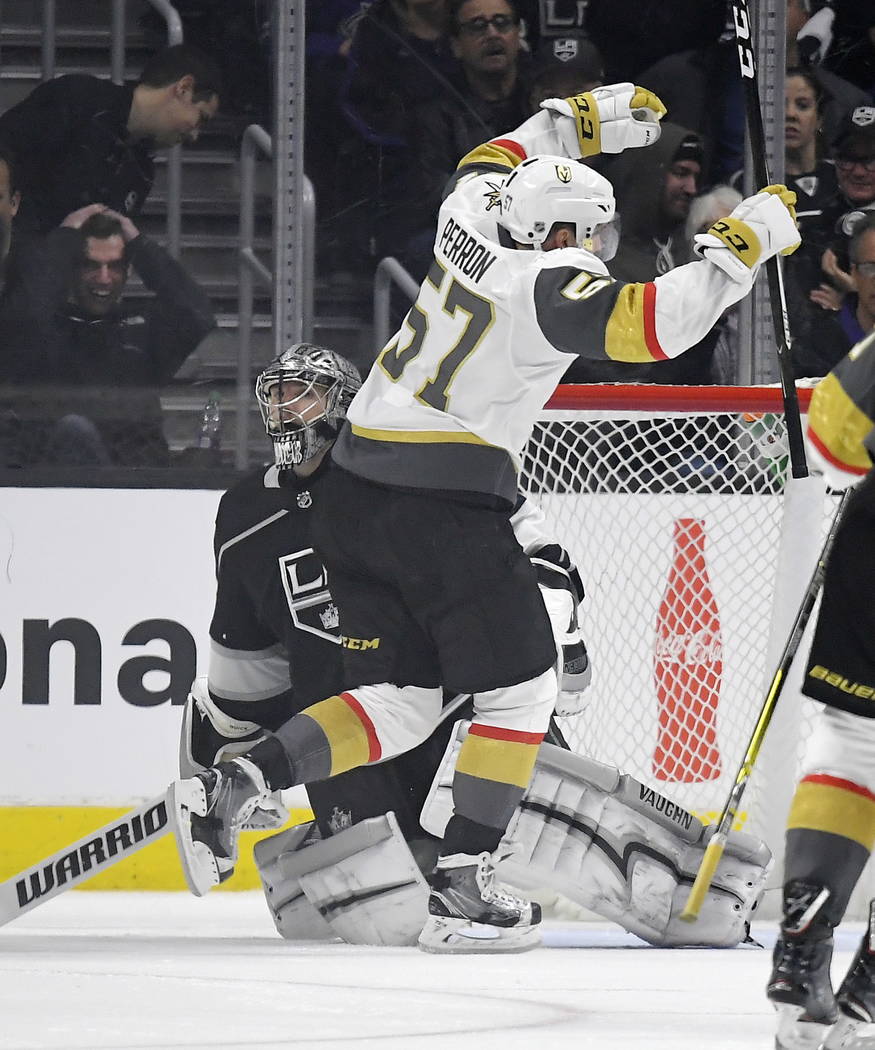 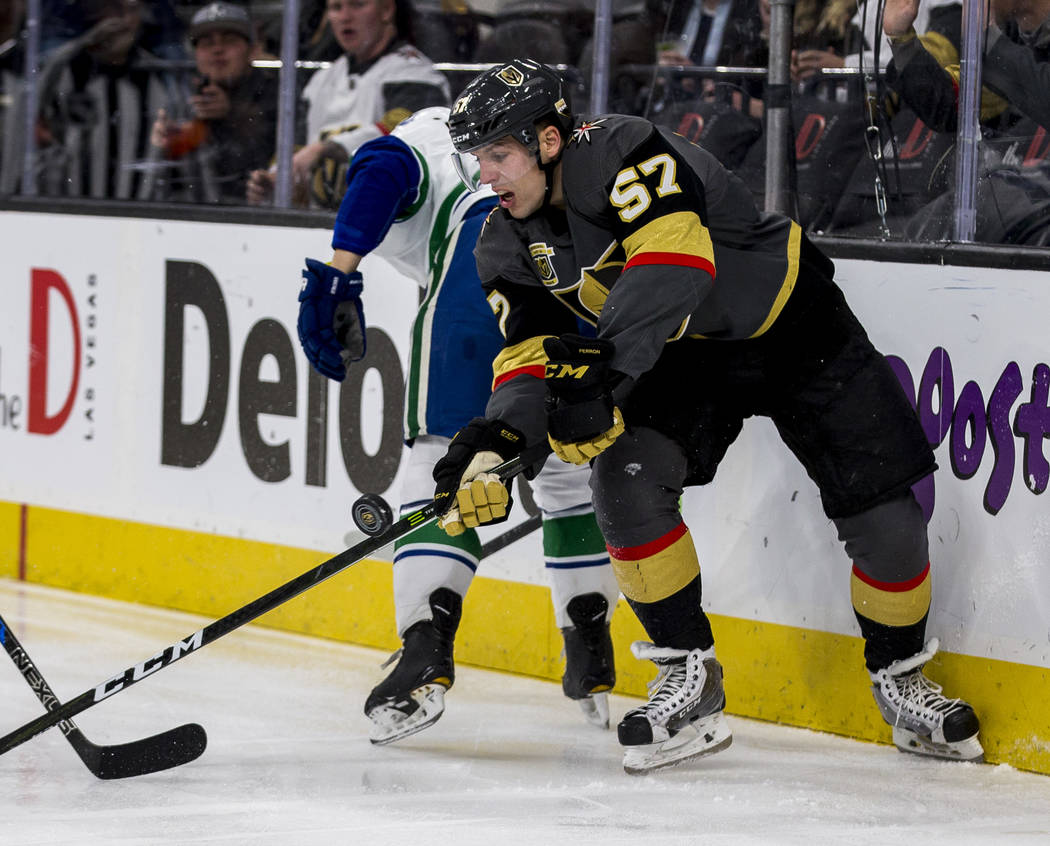 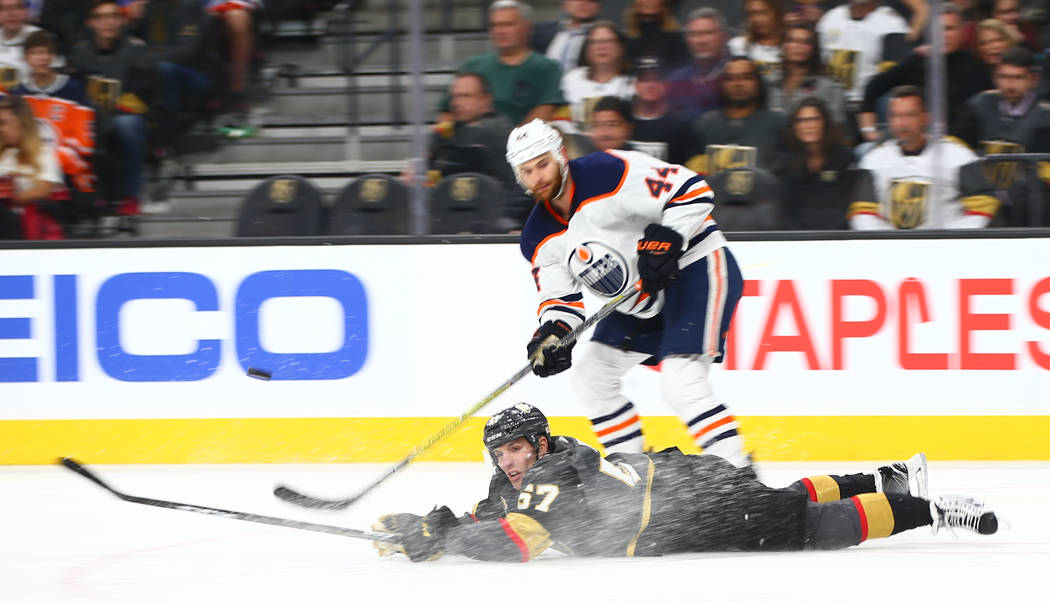 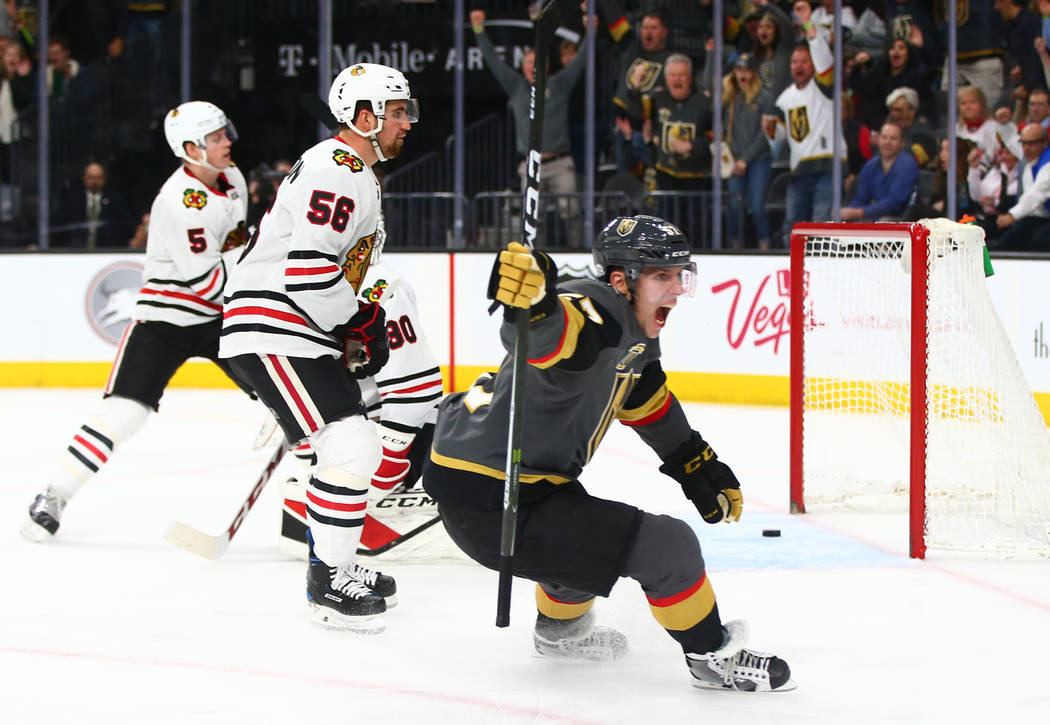 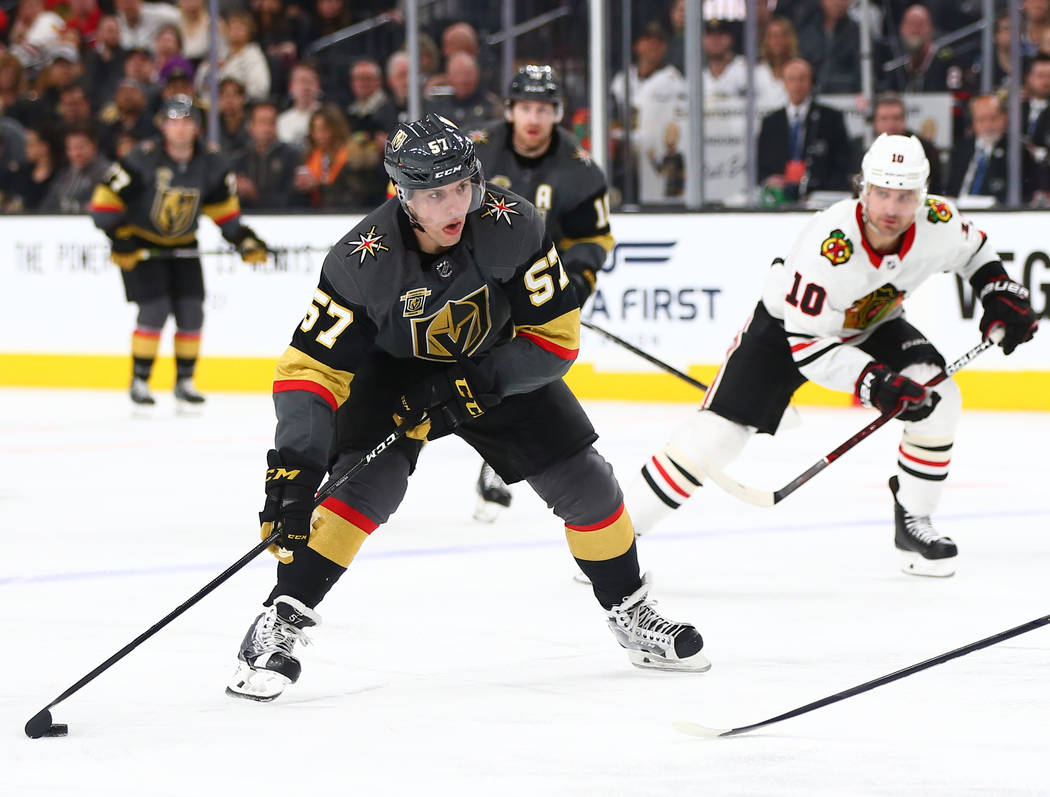 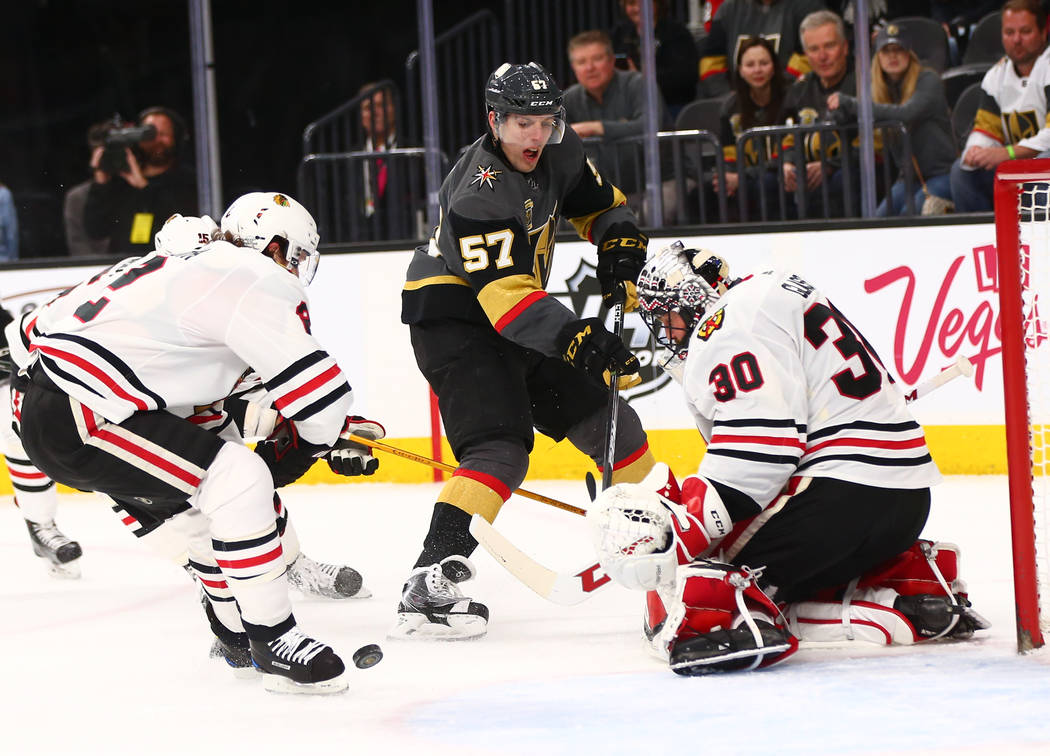 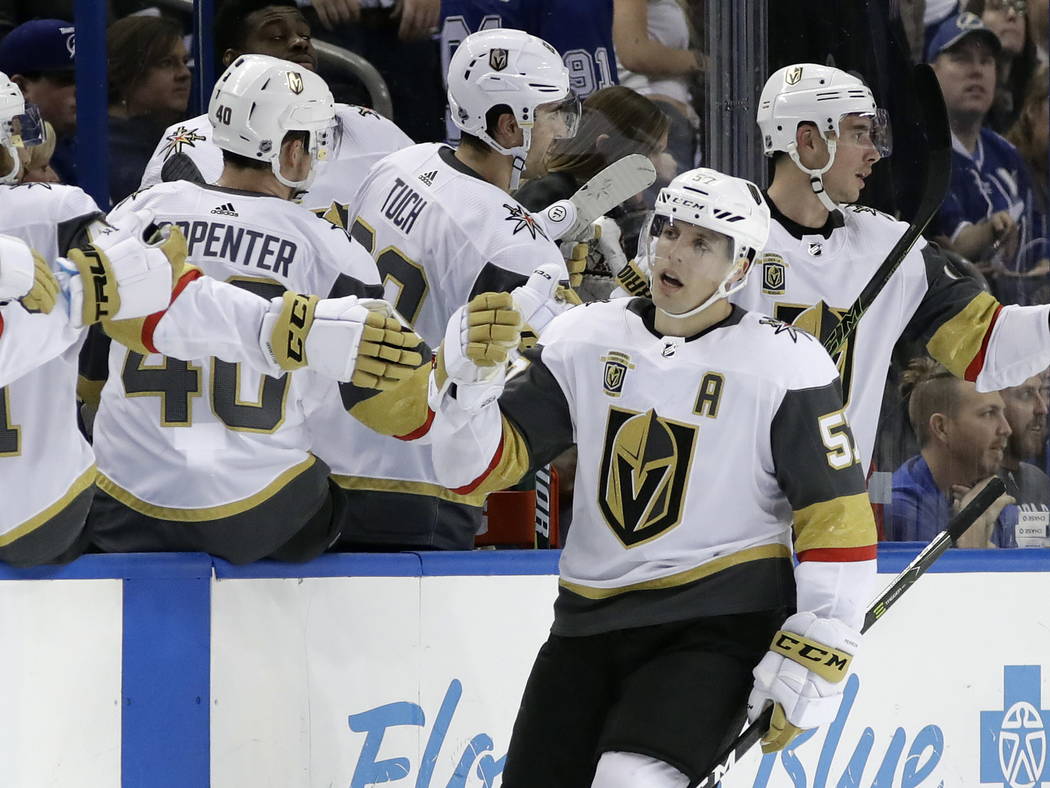 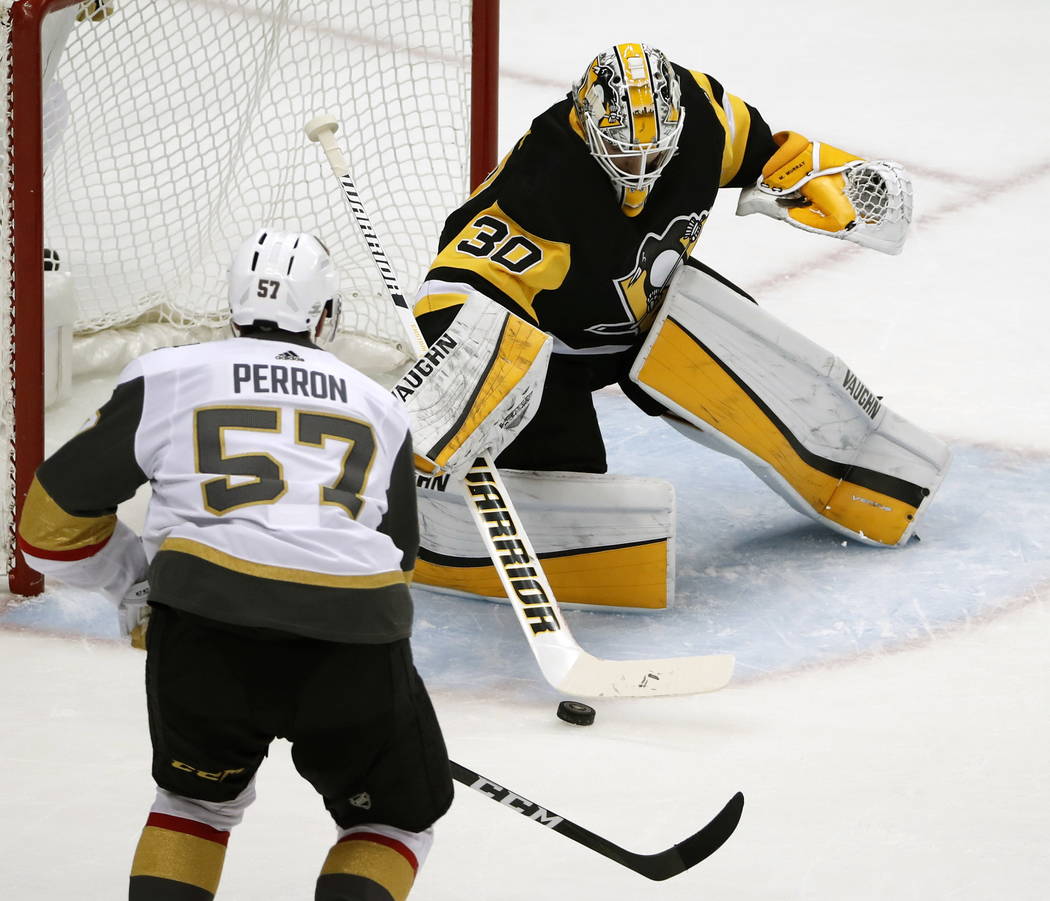 NEWARK, N.J. — It’s not the numbers that make David Perron happiest. It’s the results from his contributions.

The veteran left wing, 29, has tied his career best of 57 points with the first-place Golden Knights. When Perron had 57 points in 2013-14, he played for the Western Conference’s worst team, the Edmonton Oilers.

On Sunday, Perron, who has 15 goals and 42 assists, will try to establish a points personal best when the Knights face the New Jersey Devils at 2 p.m. at the Prudential Center.

“It means a lot more here than it did the last time I did it,” he said. “When I was in Edmonton, we were out of the playoffs by now. To be able to do that on a good team has been fun.

“The line hasn’t really changed much all year. It’s not something I’m used to. Everywhere I’ve been, we changed lines almost every game, every period. We never had a chance to build chemistry.”

Playing with Erik Haula and James Neal has worked out well for Perron, who will be an unrestricted free agent after the season and can expect to get paid handsomely, either from the Knights or another NHL team. He’s making $3.75 million in the final year of his contract.

”I’m looking for eight years, $10 million a year,” Perron said jokingly when asked if his next contract was motivation for his big season. “I don’t really want to touch on that. I think it would be unfair for everyone to talk about that. I don’t want to jinx anything.”

Perron said he hasn’t changed his game, which is built on puck possession, good vision in seeing the ice and outworking opponents in the corners and in front of the net. His 42 assists easily surpassed his previous best of 35 in 2008-09 with the St. Louis Blues.

“I think my strength on the puck has always been one of my biggest attributes,” he said. “I bring different things than what (Haula) is going to bring. He brings speed and goal-scoring ability. I try to touch on everything. I need to keep doing that. That’s when I’m really on.

“When you see me controlling the puck in the corner and making plays and drawing penalties, I feel like when I do that it changes the coverage for the D. They double team me in the corner, and if I can make a play off of that, we have a really good chance to score goals.”

The other part of the equation is playing for a coach he likes and respects in Gerard Gallant.

“He knows your strength, he trusts you and lets you play your game, and he’s not going to be in your ear all the time telling you what to do,” Perron said. “He’s been a blast to play for.”

Gallant said of coaching Perron: “I didn’t know him very well at first. But I’ve enjoyed him from day one. He comes to the rink every day happy. He loves being on the ice, and he’s a hungry player.”

Hungry enough to know that a strong postseason — assuming the Knights get there — will increase his value at the bargaining table.