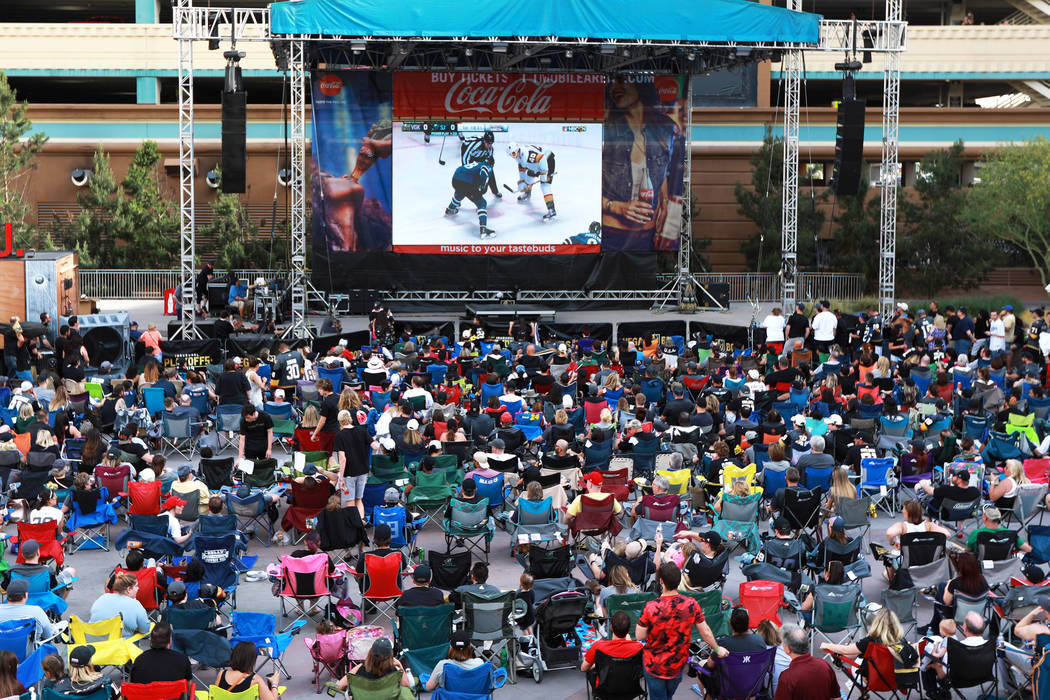 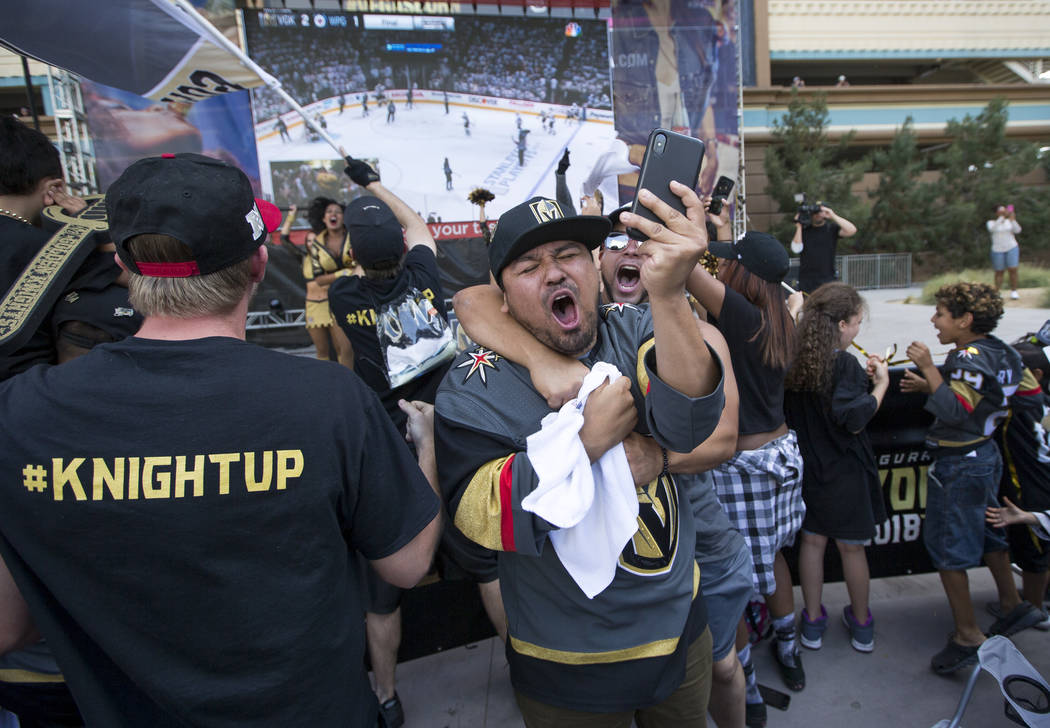 Sam Flood was rooting for a Game 7 of the Stanley Cup Final from the start.

It just took Game 2, Game 3 and Game 4 for Golden Knights fans to join him.

Flood, the executive producer who oversees all aspects of sports production for NBC and NBC Sports Network, can’t get enough of the ratings the team is generating during its historic postseason run. “You think of any comparatives,” he said, “there are none.”

Even after the Knights’ first three-game losing streak of the playoffs, Monday’s Game 4 broadcast on NBC earned a 20.5 local rating, meaning of all the households in Las Vegas with televisions, 20.5 percent of them were watching.

That’s down from the astonishing 28.1 local rating for Game 1, also on NBC, although Washington’s 3-0 first period outburst en route to a 3-1 series lead likely contributed to the decline. Game 2 and Game 3 drew local ratings of 19.8 and 18.3, respectively, on cable’s NBCSN, which is available in far fewer homes.

“I think the Vegas numbers are in a league of their own,” Flood said. “This is a remarkable story, and there’s no question it’s changing how a nontraditional hockey market can be viewed. Last year, Nashville was a first-time finalist in a nontraditional market, and we saw real potential there.”

By comparison, for its inaugural Stanley Cup Final game in 2017, Nashville had a 22.5 local rating.

“It’s unbelievable,” said Larry Strumwasser, general manager of local NBC affiliate KSNV-TV, Channel 3. “What’s impressive, if you look at Washington’s (Game 1), we crushed them. They did a 16 rating, and we did a 28. It just goes to show how this town has taken to the Vegas Golden Knights.”

As the Capitals have taken control of the series, though, their local ratings have continued to rise. After a slow start, Washington’s viewership finally surpassed Las Vegas in Game 4 with a 22.9 rating.

“The only number that will exceed the Golden Knights is the Super Bowl,” Strumwasser added. February’s Super Bowl LII, also on NBC, drew a 42.6 rating in Las Vegas.

Local viewership of other big events on NBC wasn’t even close. The opening ceremony of the 2018 Winter Olympics had a 17.7 rating, while the opening of the 2016 Summer Games did a 15.7. “Sunday Night Football,” the third-most-watched show of the season, averaged a 13.3 rating, and “Thursday Night Football” averaged a 9.7. NBC’s “This Is Us,” the season’s most-watched drama, scored a 16.8 rating locally for its post-Super Bowl episode, while a typical airing had a 6.4.

Flood, a 21-time Emmy winner, called the local ratings “impressive and a bit surprising. But when you realize what this team has done, and what it’s meant to the community, it makes more sense when you take a step back and look at the void this team filled and the bond this city has created around the team.”

Now the Knights just have to find a way to extend their unprecedented season beyond Thursday’s Game 5 at T-Mobile Arena.

“We always root for seven games, because it is the most drama in all of sports,” Flood said. “Can you imagine what a Game 7 would be like in Las Vegas? The scene inside and outside that building? We’ll sign up for that right now.”

So would most of Las Vegas.