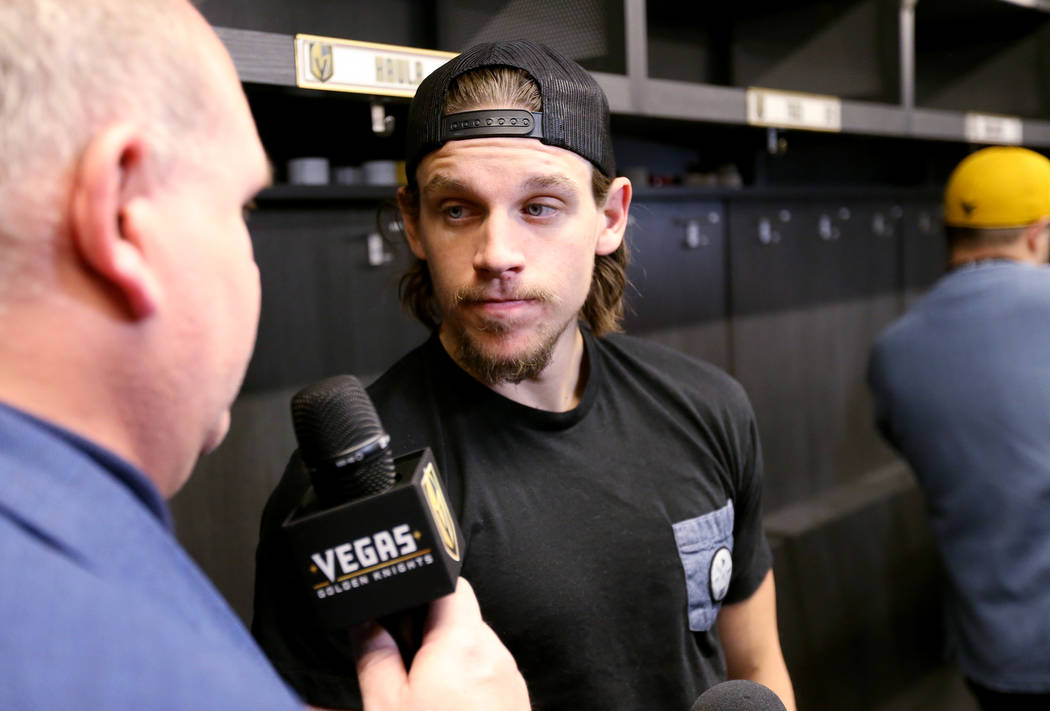 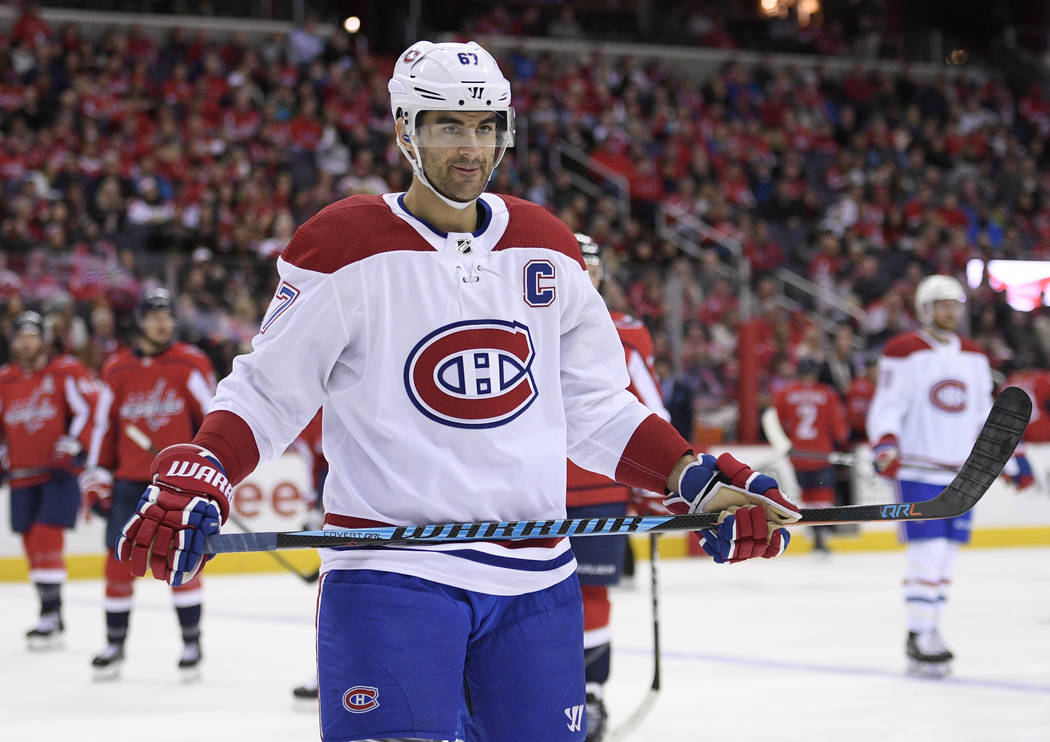 Erik Haula was on the unit last year alongside David Perron and James Neal, both of whom departed via free agency this summer.

Pacioretty likely will play wing on the second line with fellow newcomer Paul Stastny in the middle.

Alex Tuch is the leading candidate to join them as the Knights try to improve a group that struggled defensively last season.

“I think of myself as a top-six forward, and that’s my mindset going into camp,” he said.

That decision will be made by coach Gerard Gallant, but Haula is excited to compete for his spot. He’s also pleased with the addition of Pacioretty.

“He’s an elite goal scorer,” Haula said. “I think he’s going to fit in that spot (vacated by Neal) really well. He’s a really good addition. He can skate and he’s a big body and I think he’ll fit right in.”

The tallies were his first of the three-game event and came hours after meeting with director of player development Wil Nichol.

“I wasn’t playing like a sixth overall pick in those first two games,” said Glass, a first-round pick in 2017. “That’s what was frustrating me the most. Today, I came out with an edge. I really want to be strong with the puck and play an NHL-style, and I feel I did that.

“(Nichol) pulled me aside this morning. He could see I was getting frustrated. I’m good at not showing it, but he’s one of those guys that can just tell and he got it out of me. He knows how to calm you down and get the best out of you. Credit to him because I wouldn’t have had the game I had without him.”

Rocky Thompson, who served as coach of the rookie team, was pleased with Glass’ play even before he got on the scoreboard.

“I think Cody’s been playing extremely hard and competing very hard this week,” Thompson said. “Tonight was just the night where he kind of separated himself.”

One area of Glass’ game that is severely lacking is his combat skills.

He praised linemate Keegan Kolesar for having his back and fighting Austin Wagner of the Kings not long after Wagner got back on the ice following his penalty for going after Glass.

“I’m not a guy who gets into the rough stuff, so it’s nice having a guy like Keegan on my line,” Glass said. “He was protecting me. He’s always got my back. That’s why he’s such a good leader and why he’s wearing an ‘A.’ I’m not a fighter.”

Glass said he may have to think about stepping up his skills in that area should he find himself on the Knights in the near future.

“The UFC headquarters aren’t too far away,” he joked. “I may have to get in there a few times a week. I don’t know, maybe if I can gain like 20 more pounds, I might think about fighting.”

The Knights are more concerned with his progress on the ice, which seemed to take a big step forward this week.

Pacioretty’s goal total opened at 30.5, the same as the total for Jonathan Marchessault. William Karlsson’s number is slightly higher at 32.5.

There are also wagering opportunities for total points scored by Stastny (50.5) and Reilly Smith (63.5).

Wagering is also available on who will lead the Knights in goals. Karlsson is listed as the favorite at 9-to-5.