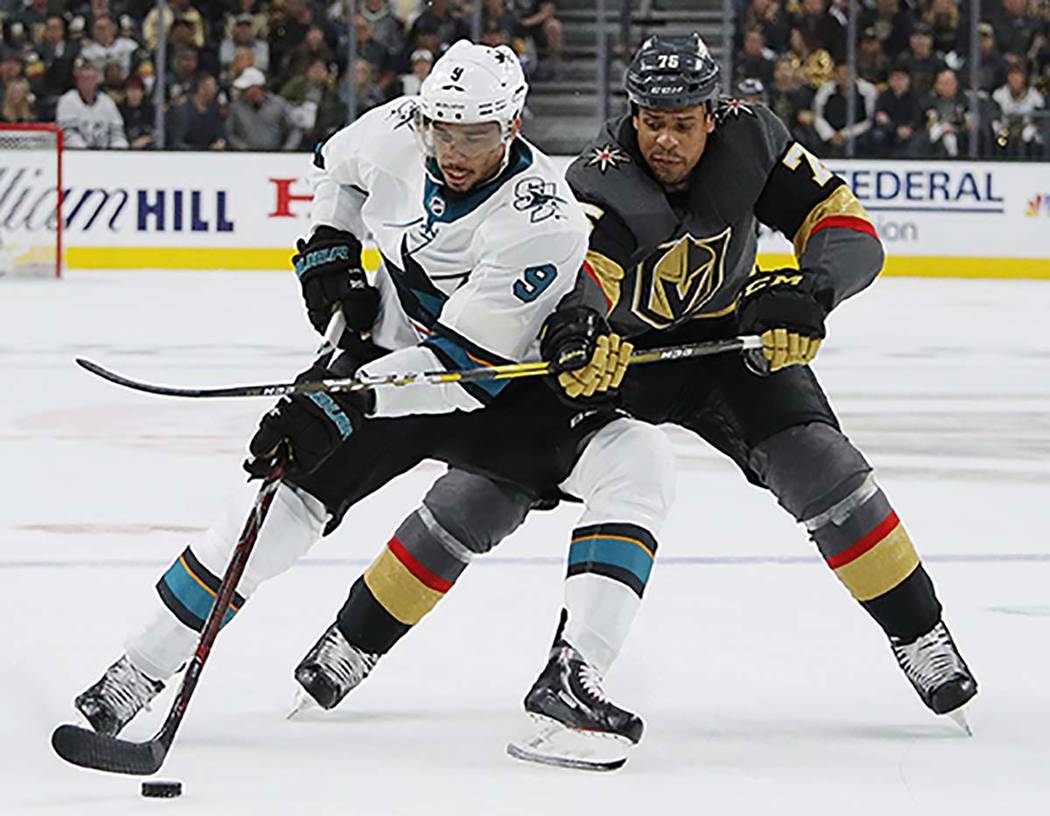 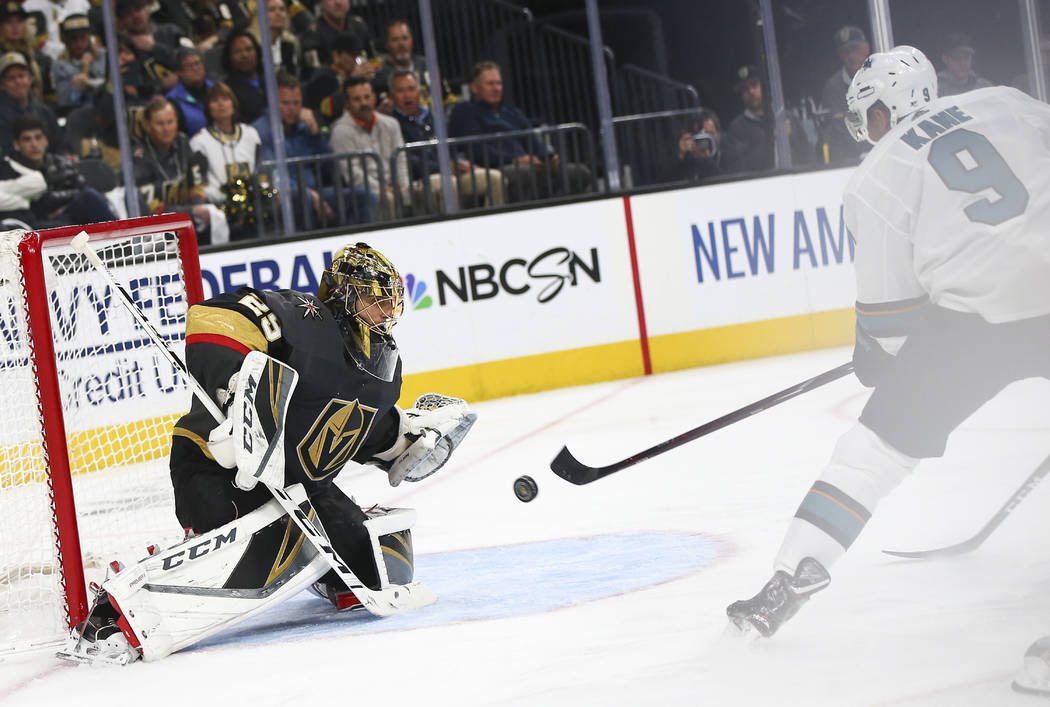 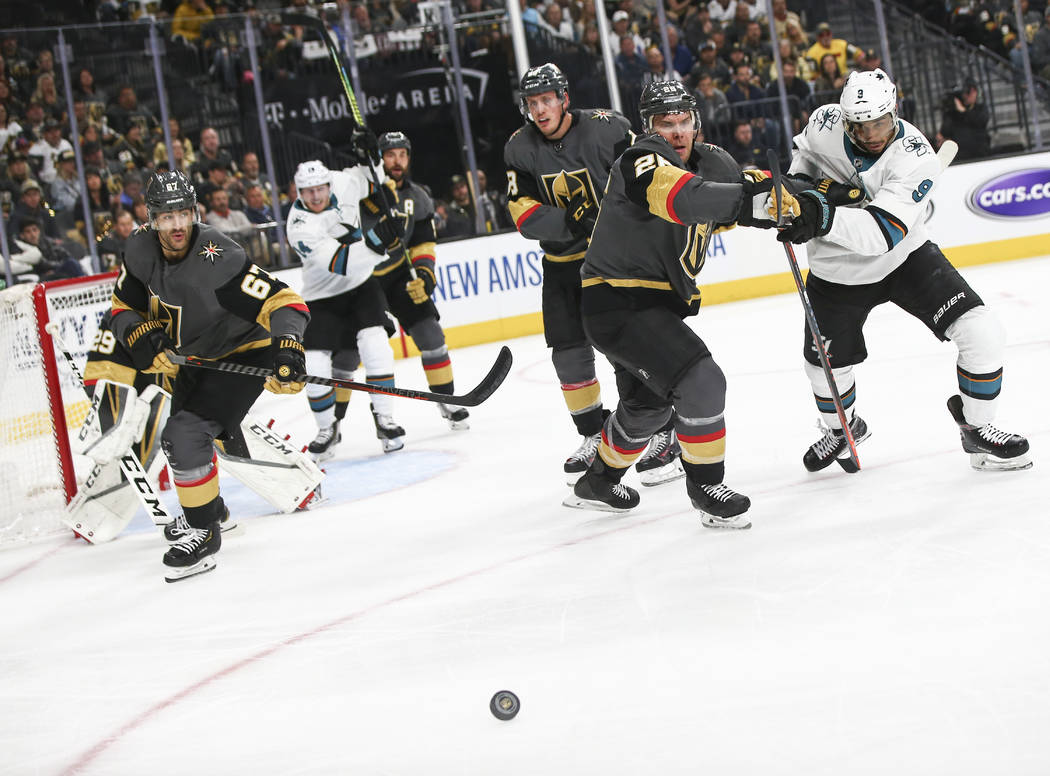 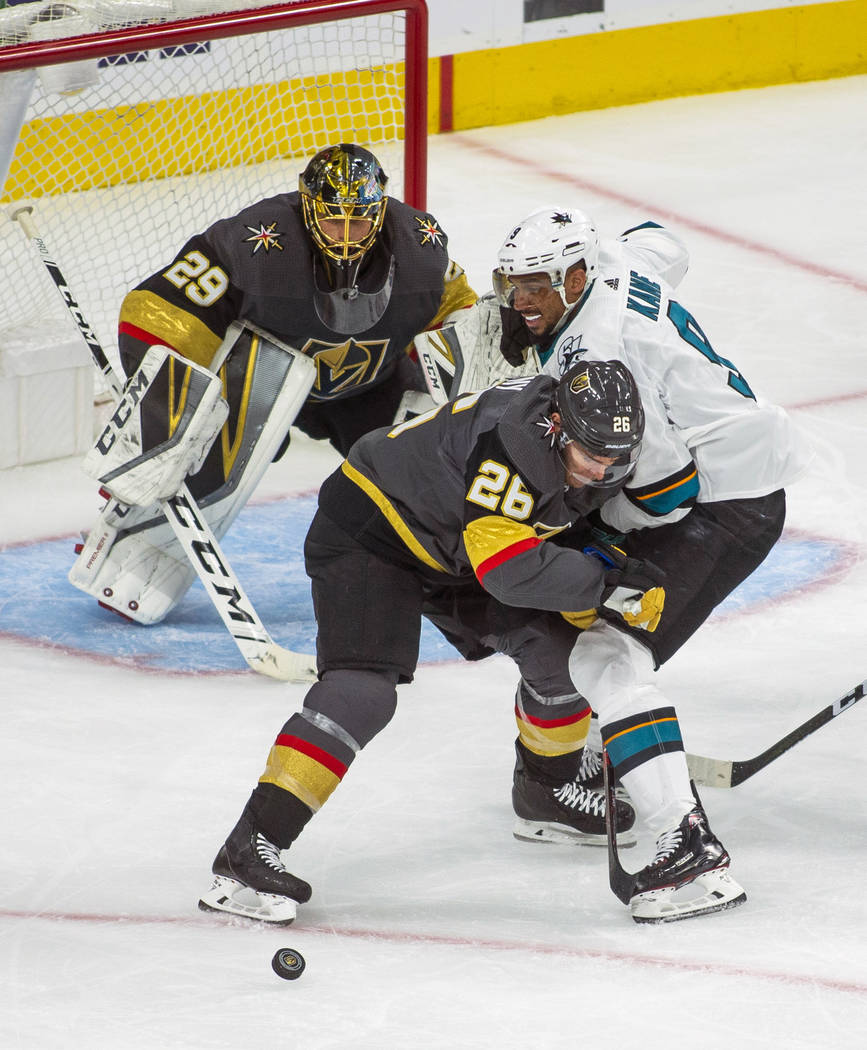 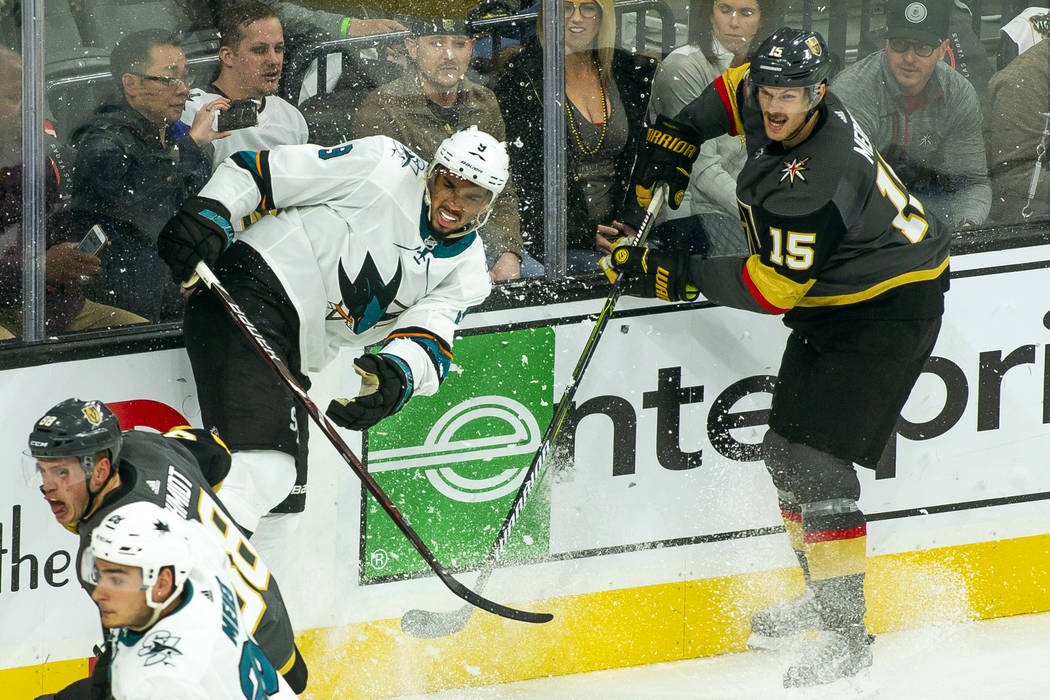 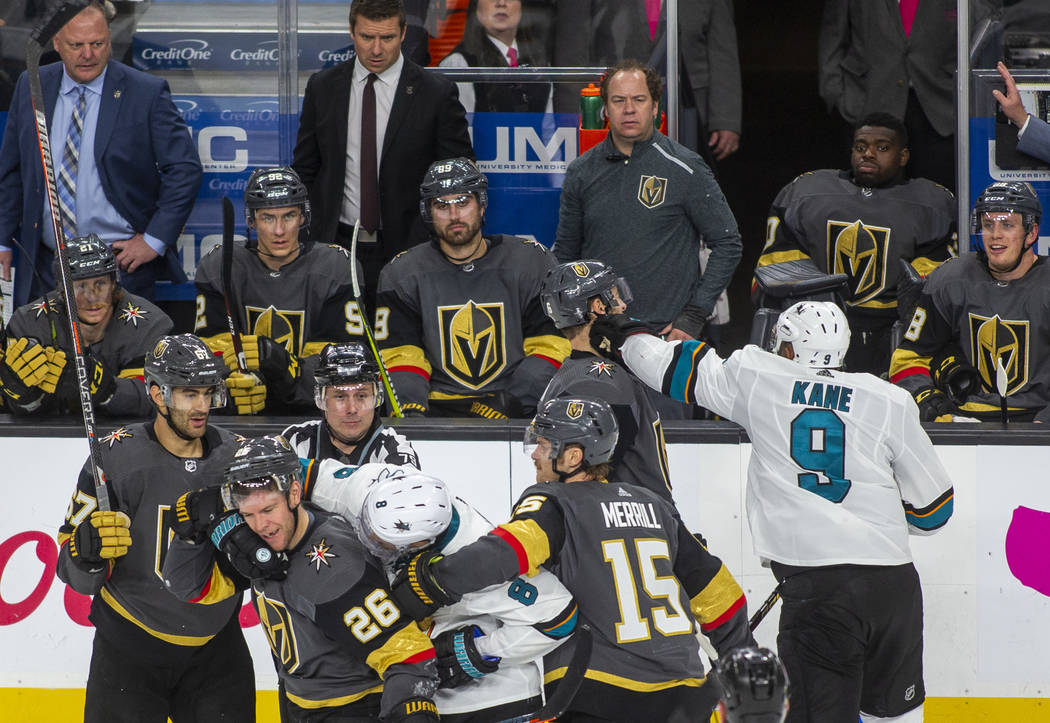 Kane sounded off on Reaves before Tuesday’s Game 4, a 5-0 victory by the Knights, and was then issued a game misconduct with 10:40 remaining in the third period for dropping Knights defenseman Colin Miller with a left hook on a play for which he was also called for cross-checking and roughing.

The fight appears to have done little to ease tensions between the bitter rivals.

“For the so-called toughest guy in the league, I don’t know if he landed a punch,” Kane told reporters Tuesday morning. “At times, I thought I was fighting the Muffin Man. I expected more of a battle. I was able to handle him. I think he lost a little bit of his allure in terms of toughness.”

The series has been marked by hard hits and chippy play as the disdain grows between the increasingly familiar foes, which has helped ratchet up the rhetoric.

It’s not expected to simmer down as the exchange of barbs — along with Kane’s late-game antics — has further fueled the fire.

Reaves slammed Kane into the boards in the corner midway through the second period on Tuesday night and officials escorted both players back to their benches as they jawed at each other the whole way.

Knights fans at T-Mobile Arena rained boos upon Kane on several occasions just hours after Kane’s comments were published, included as he was seranaded by “The Muffin Man,” as he left the ice.

Kane appeared to take exception to Reaves’ remark Monday about the eyesight of Joe Thornton, who was suspended for Game 4 for a blow to the head of Tomas Nosek in Game 3.

Reaves joked about Thornton saying Kane handled Reaves in the fight by asserting Thornton may need glasses to fix his vision since he’d be watching the game from the press box.

“To chirp Jumbo’s vision?” Kane said. “The guy has over 1,000 assists. That doesn’t seem too bright. One of the best passers to ever play the game. It just shows a lot about his hockey knowledge and hockey IQ. Clearly, it’s lacking.”

Kane didn’t have much positive to say about Reaves’ ability on the ice. The two have been playing against each other since their days in the Western Hockey League, and the Sharks’ standout clearly hasn’t been impressed.

“For a guy who plays three-and-a-half minutes a night, he sure does a lot of talking,” Kane said. “I think he thinks it’s the WWE. He’s probably going to end up there pretty soon with the way his game looks. Another year left on his deal. I’m sure Vince McMahon will be giving him a call pretty soon.”

Reaves and Kane have thrown far more verbal jabs at each other over the years than actual punches. They have bickered with each other in the media and on the ice, but Kane fired the opening salvo in this series when he referred to Reaves as the Knights’ “babysitter.”

“To be honest, he owes me a lot of credit for getting his name out in the media so much,” Kane said. “Nobody thinks of Ryan Reaves as a hockey player. Apparently, he’s been after me for nine years. Every time I’ve talked to my agent or the general manager, I’ve never been told they’re giving me a contract to fight clowns like that. For me, it’s pretty funny.”

There hasn’t been much for the Sharks to laugh about as the Knights have seized control of the series with Game 5 on Thursday in San Jose.

Reaves asserted before Game 3 he believed Kane was only acting tough on the ice when Reaves was on the bench, but Kane accepted the challenge late in Sunday’s game.

Kane said it wasn’t necessarily in his plans and it wasn’t a calculated move to try to fire up his team.

“I wasn’t going out there to fight,” Kane said. “I think their coach sent him over the boards to try to fight me. Caught me at the end of my shift. Didn’t hit me, as you can see. He went down, just as (Thornton) said.”

Thornton will have to wait for Thursday to renew acquaintances with Reaves.