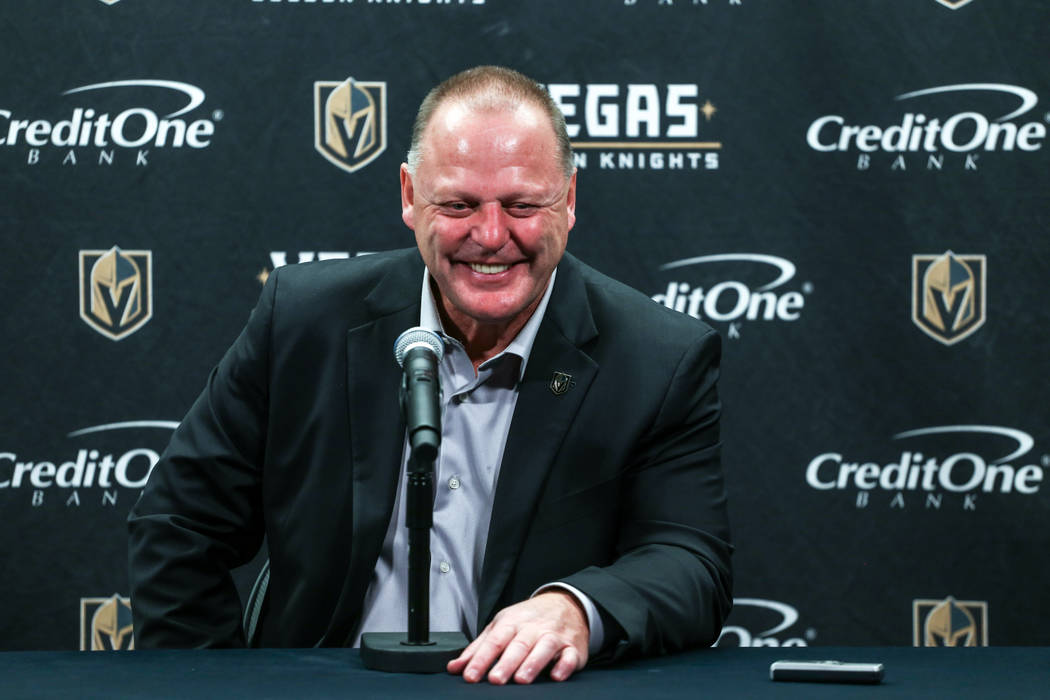 Golden Knights coach Gerard Gallant did his best to minimize Sunday’s reunion with the Florida Panthers, the team that fired him last November.

But he admitted it would be unusual seeing his former players on the ice at T-Mobile Arena.

“It’s probably going to be different, for sure,” Gallant said during his pregame news conference. “Like I said, I’m going to look out there and I’m going to see (Jonathan) Huberdeau and (Aleksander) Barkov and (Vincent) Trocheck, (Aaron) Ekblad and those kids.

“There will definitely be something, but again, I’m there to coach my team the best I can and try and get two big points tonight. I had 2½ years in Florida and I loved every minute of it. You move on and get ready for your next challenge.”

“Tonight for me is another game, it’s another two big points,” Gallant said. “The only thing, I’ll be looking out there and seeing a lot of players I’m real familiar with.”

The Panthers flew to Las Vegas following Thursday’s 2-1 loss at Colorado, giving them extra time to catch up with an old face.

Knights forward Jonathan Marchessault, who played with Florida last season before being selected in the expansion draft, said he had dinner Saturday night with Panthers’ left wing Jonathan Huberdeau.

“Always good memories and he’s one of my good friends,” Marchessault said. “But on the ice, it’s business as usual, too.”

Marchessault, who is in line for a hefty raise when he becomes an unrestricted free agent at the end of the season, was asked who paid for the meal.

“He did,” Marchessault said with a grin. “He makes more money.”

Knights defenseman Deryk Engelland played in his 500th career NHL game. … The Knights entered Sunday’s game 12-2-1 at home, tied with St. Louis for the most home wins among Western Conference teams. … Florida forward Connor Brickley, who was selected by the Knights in the expansion draft from Carolina, was scratched.