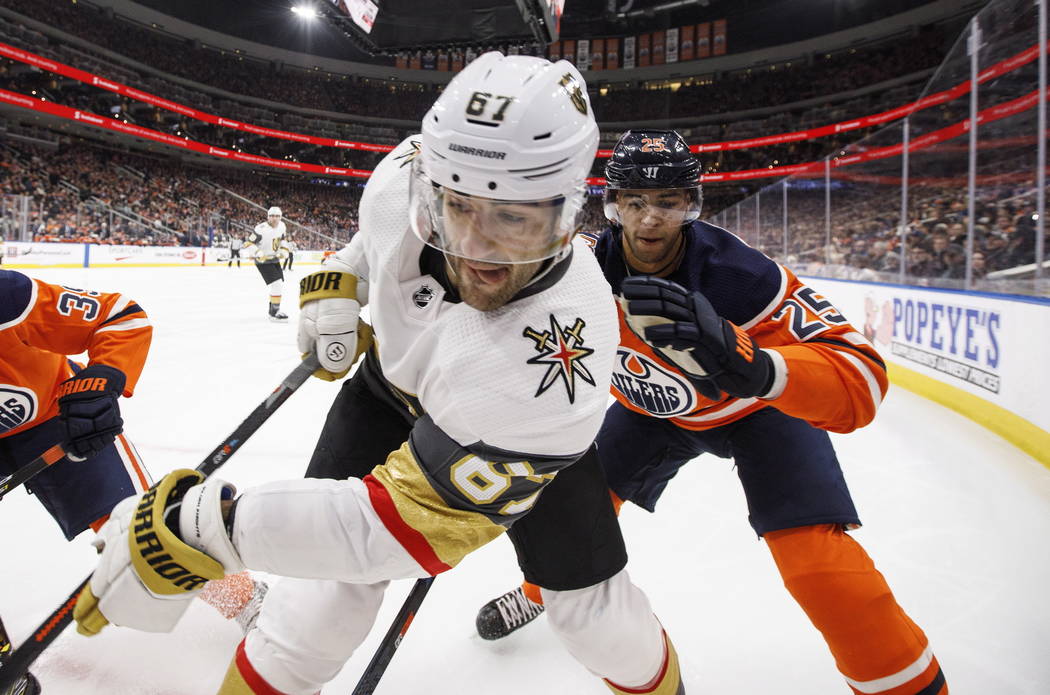 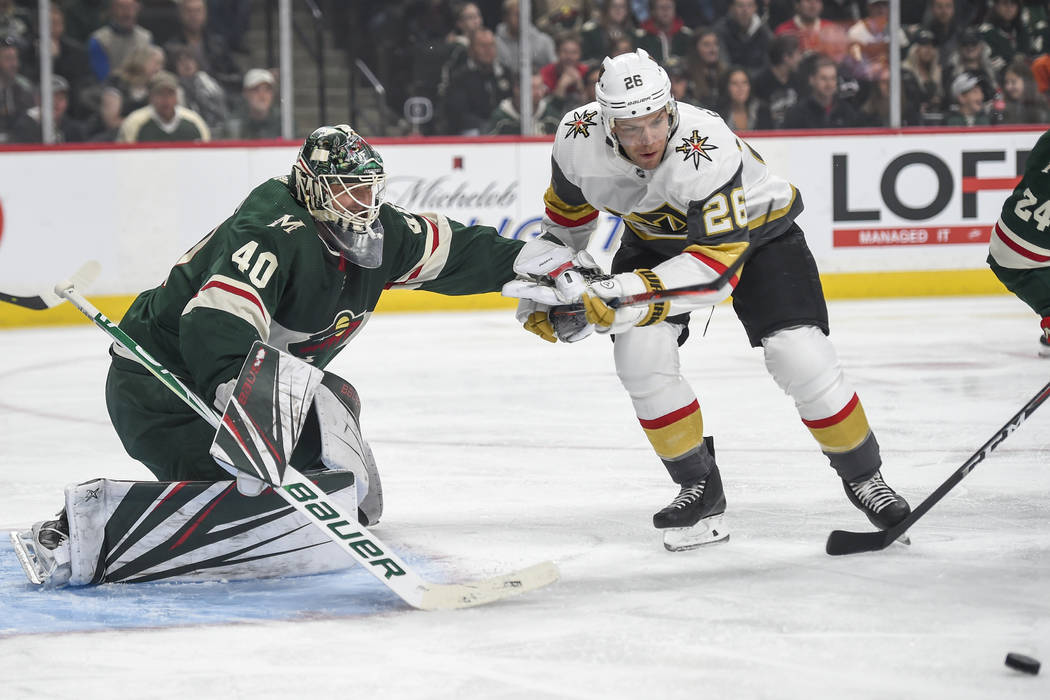 NEWARK, N.J. — Paul Stastny will return to the lineup Friday in place of Max Pacioretty when the Golden Knights face the New Jersey Devils at Prudential Center.

Opening faceoff is 4 p.m. Pacific time, and the game will be televised on AT&T SporstNet Rocky Mountain.

“I’m excited to be back,” Stastny said following the morning skate. “When you’re out for this long, I think you take for granted what you do and just to be healthy, just to be around the guys and to get back to doing what I love to do, obviously I’ll be anxious out there kind of leading up to the game. But it’s always like that, so I’m excited for that.”

Stastny missed the past 30 games with a knee injury suffered Oct. 8 at Buffalo. He is expected to center a line with Oscar Lindberg and Alex Tuch.

Pacioretty skated as an extra during line rushes Friday morning and will be scratched with what the team is calling a “minor injury.”

The Golden Knights told me left wing Max Pacioretty does, in fact, have a minor injury and won't play vs. Devils.
From a team spokesperson: "The team feels it is best for him to miss one game rather than six. (It) is management's decision to hold him out tonight." #VegasBorn

The left wing hasn’t scored since netting two goals at Vancouver on Nov. 29 and failed to register a shot attempt in two of the past three games.

Pacioretty missed the Knights’ win over Washington on Dec. 4 with an undisclosed injury and later told reporters he “tweaked something.” It’s unclear whether the latest setback is related.

“The team feels it is best for him to miss one game rather than six,” a team spokesperson said. “(It) is management’s decision to hold him out tonight.”

Goaltender Marc-Andre Fleury will make his 12th consecutive start for the Knights (18-14-1, 37 points), who have won nine of their past 11 games.

New Jersey (10-13-6) could be without its leading scorer, Taylor Hall (lower body). The reigning league MVP left practice early Friday after being pulled off the ice for precautionary reasons Thursday.

Goaltender Cory Schneider, who is winless in six starts with a 4.29 goals-against average and a .862 save percentage, will start for the Devils.

New Jersey is playing the first game of a back-to-back before playing at Nashville on Saturday.

“In the past playing the Devils, they’re a bit of stingy team,” Knights right wing Reilly Smith said. “They don’t give up too much, and they’re an opportunistic team. The biggest thing we have to focus on is not having any small lapses in judgment where it can lead to big plays for them and goals in the back of our net.”