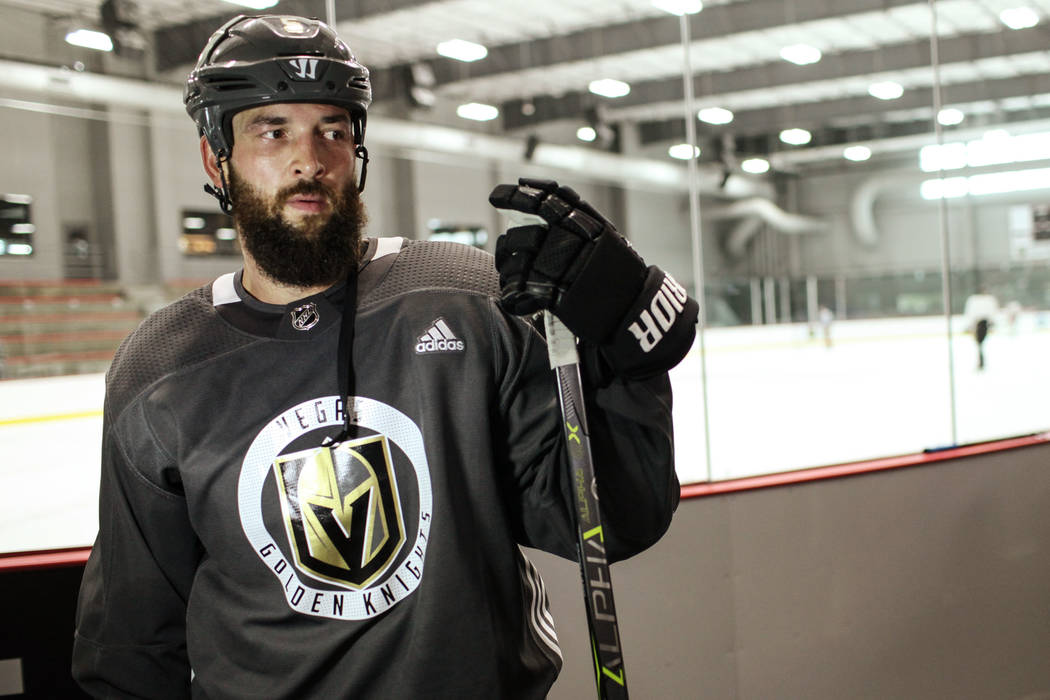 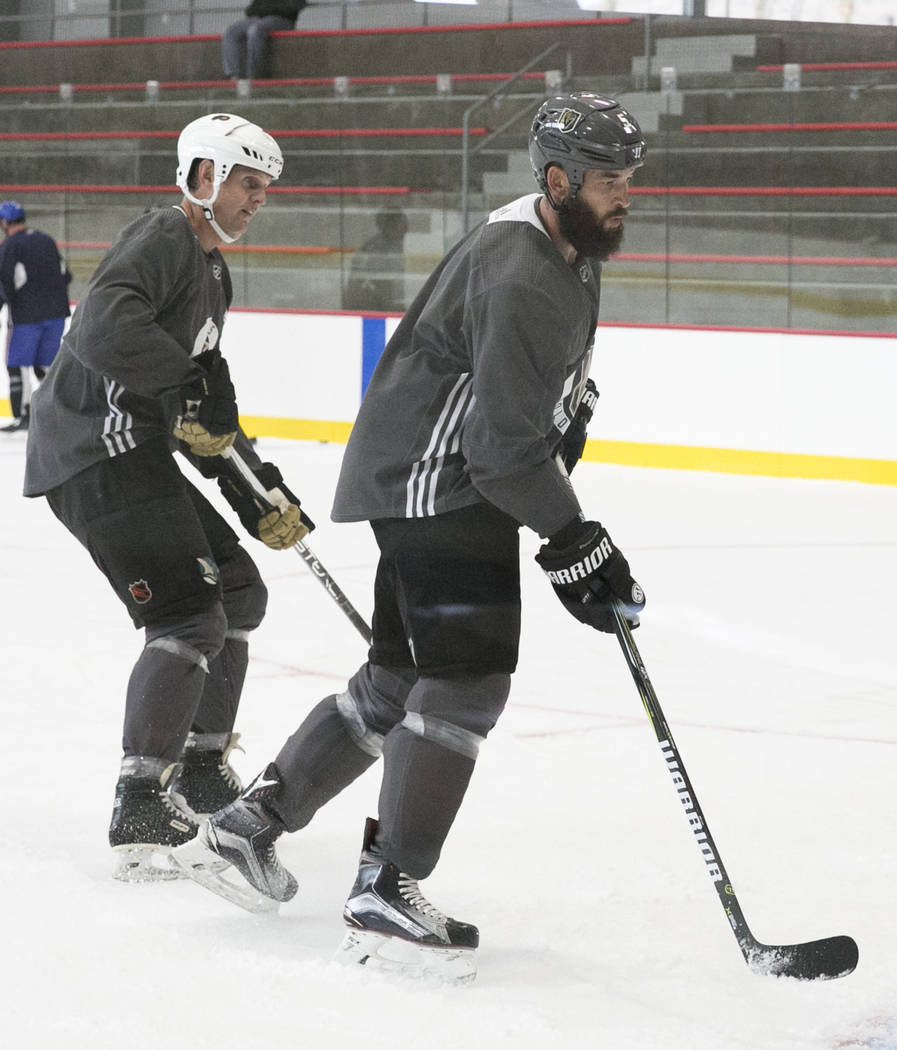 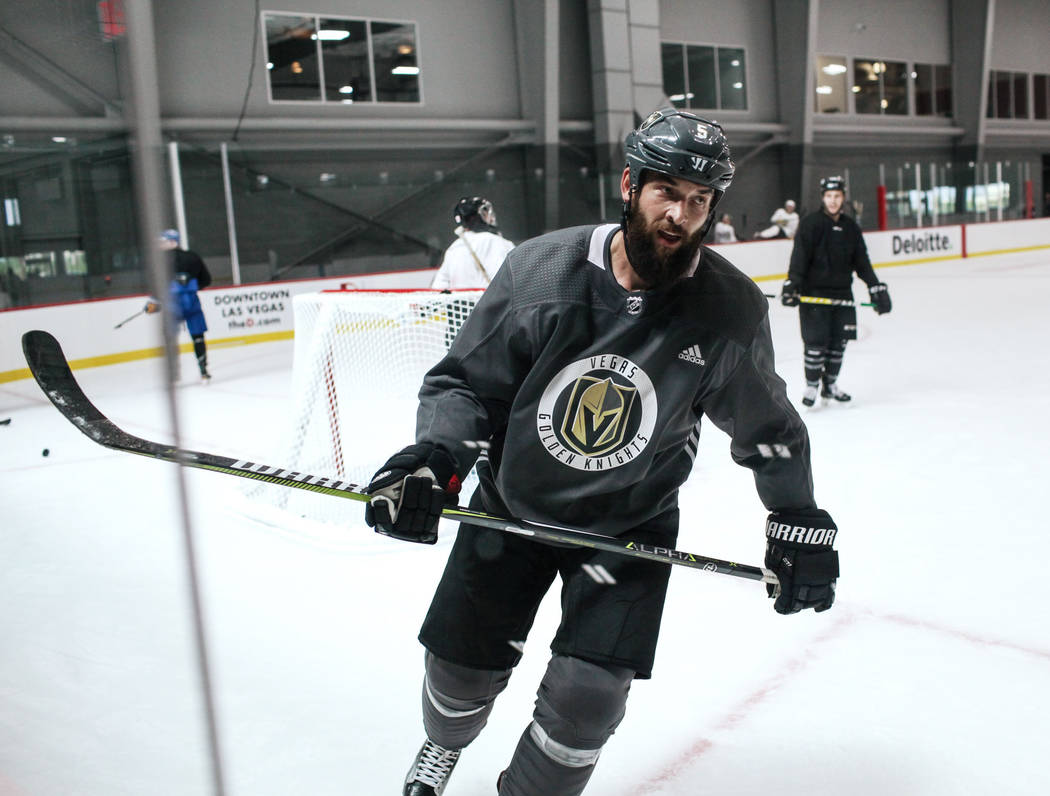 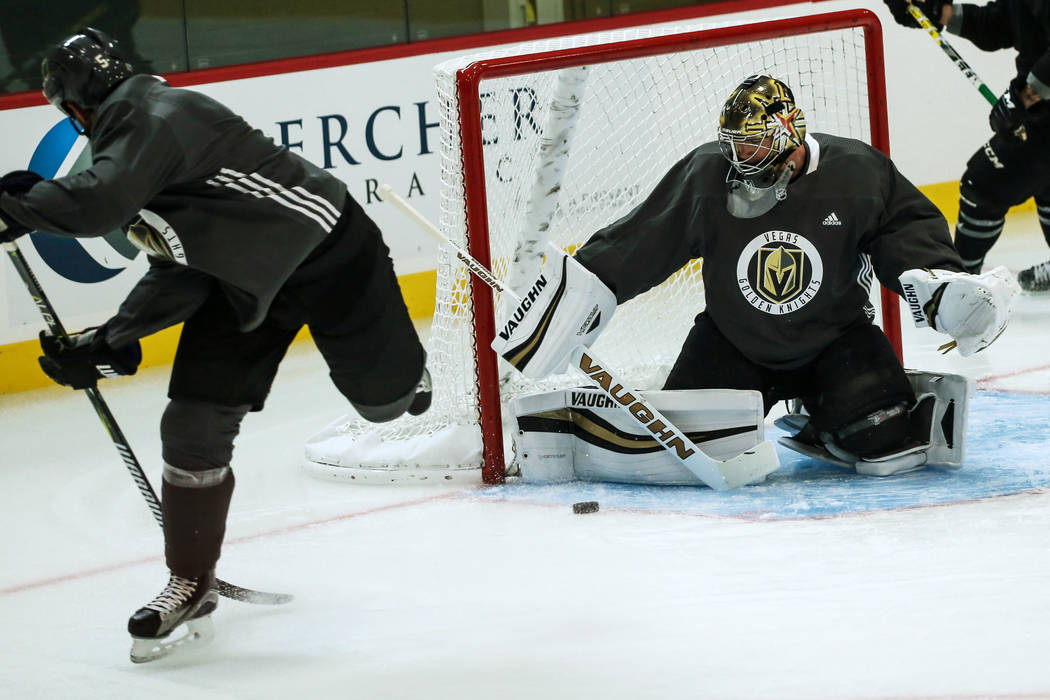 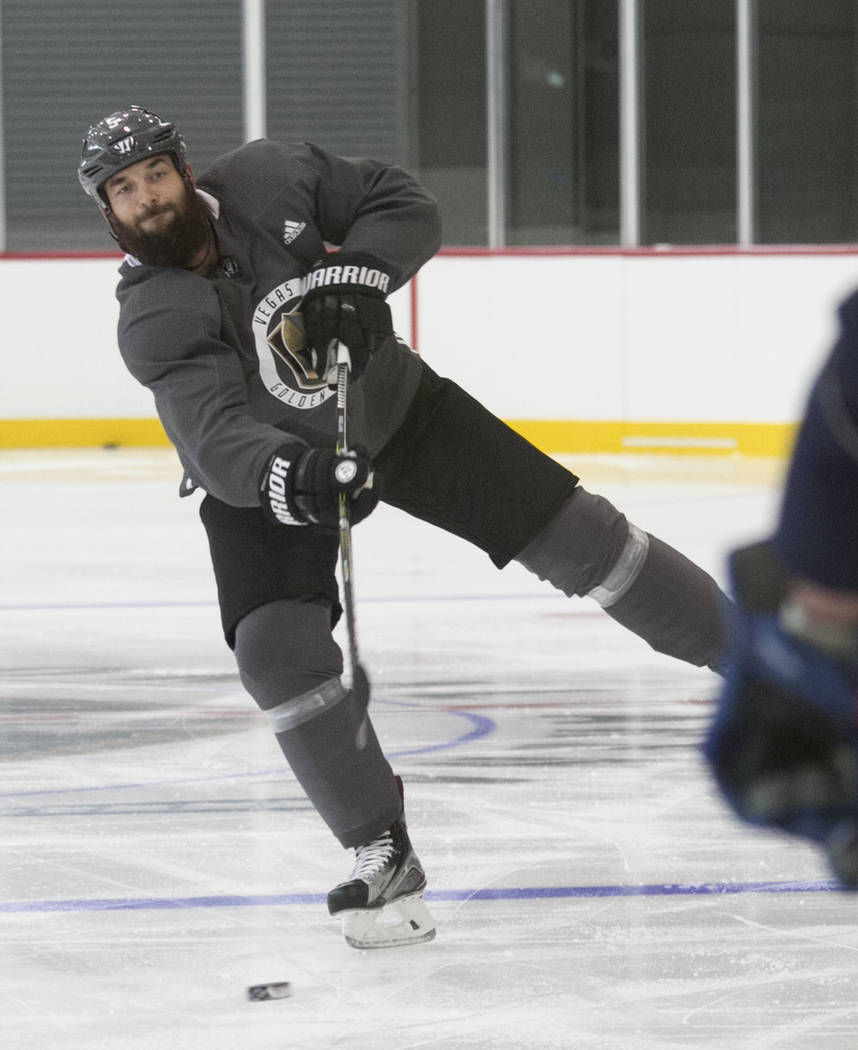 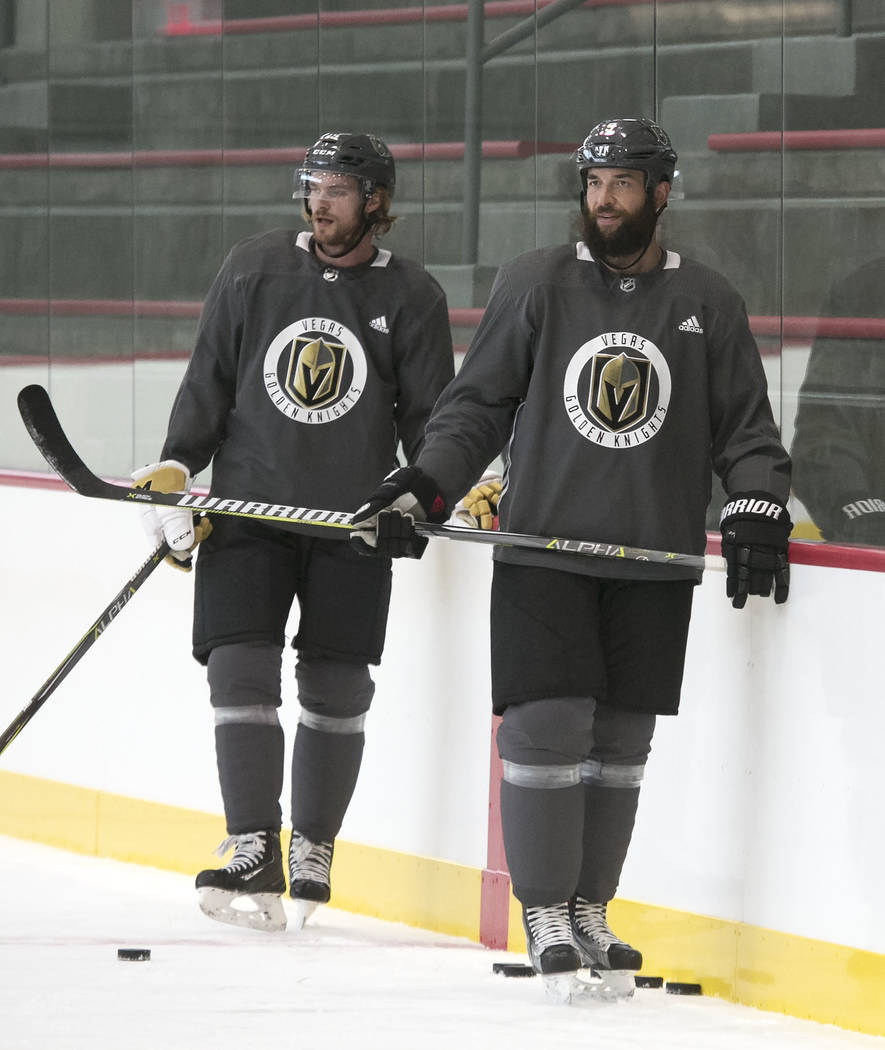 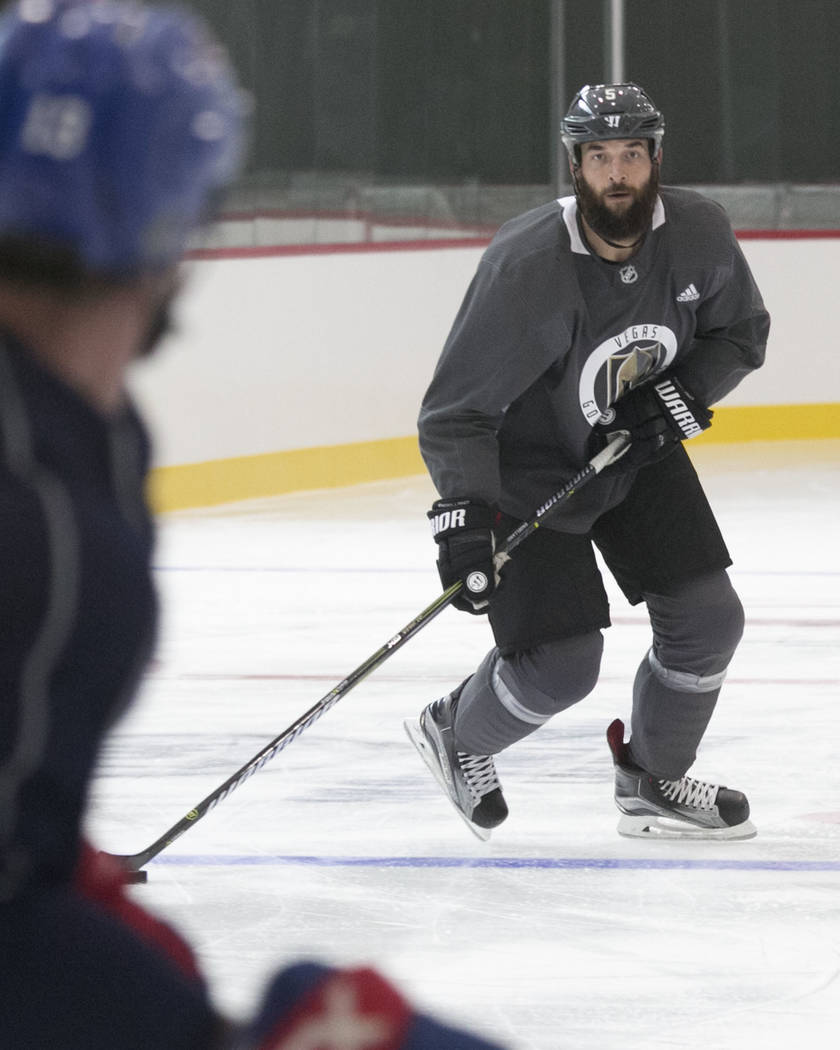 To some outside observers, the Golden Knights’ glut of defensemen appears to be a problem for George McPhee.

The Knights general manager doesn’t see it that way.

With training camp set to begin Thursday at City National Arena, the Knights’ roster lists 11 defensemen with NHL experience and 13 in all.

Sorting out that battle on the blue line will be one of McPhee’s toughest tasks in the preseason.

“Our defensemen can count. They know there are a lot of D here right now,” McPhee said. “We’ll just have to see how camp goes and how we proceed.

“To be fair, you’d like to say it’s going to be the best six guys, but we’ll see. Sometimes you have to think short term and long term in this job and do what’s best for the organization from that standpoint.”

The acquisitions of Shea Theodore and Jake Bischoff during the expansion draft and the free-agent signings of Chris Casto and Brad Hunt returned the number of defensemen to a baker’s dozen.

“You work hard and compete and you play your game,” veteran Jason Garrison said. “I think that’s what they want to see. You leave it out on the ice, and it’s up to them to make a decision on where they see you. For me, it’s just go out there, work hard and enjoy the process.”

McPhee said Thursday the Knights ideally will carry eight defensemen on their 23-man roster. At first glance, it appears nine players will compete for those eight spots, barring a trade.

Deryk Engelland, Garrison and Luca Sbisa are established NHL veterans, and Brayden McNabb was a physical presence on defense for the Los Angeles Kings despite missing 27 games last season with a broken collarbone.

“It kind of brings you back to your rookie days, trying to make camp,” said McNabb, who is entering his sixth season. “At the end of the day, it’s competition and you’ve got to rise up and play your best. I definitely want to be here. It’s exciting here, so I’m going to do everything I can and work as hard as I can.”

Nate Schmidt signed a two-year, $4.45 million contract with the Knights after going through arbitration, while Colin Miller was a cult hero in the advanced statistics crowd because of his freakishly high Corsi For percentage, which measures offensive zone puck possession.

Theodore shined in the playoffs for the Anaheim Ducks last season, and the 22-year-old fits McPhee’s mold of mobile defensemen.

That could leave Clayton Stoner, who hasn’t played a game since Nov. 15 and underwent abdominal surgery in December, as the odd man out.

Former first-round pick Griffin Reinhart and Hunt also could play their way into the mix.

McPhee said he will consult with coach Gerard Gallant on which players make the roster, but the final decision lies with the GM.

“The neat thing about this process, and I’ve tried to explain this to a number of people, it’s still a blank canvas,” McPhee said. “We’re completely open minded about what might develop. I’m open for some unknown surprises. It’s wide open, and it should be.”