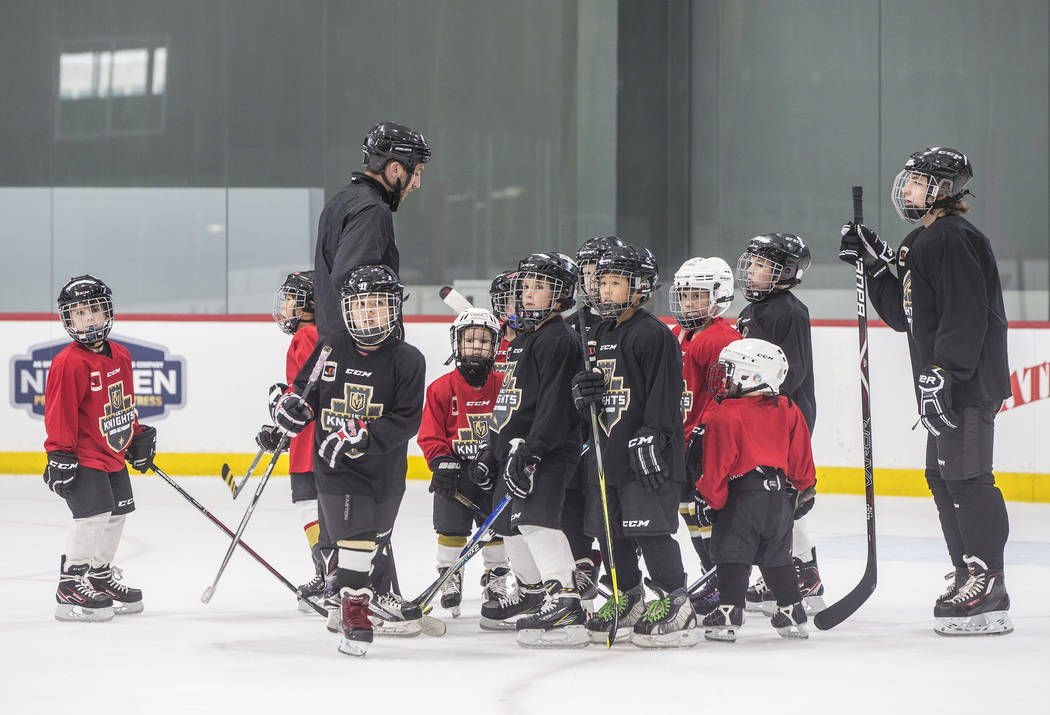 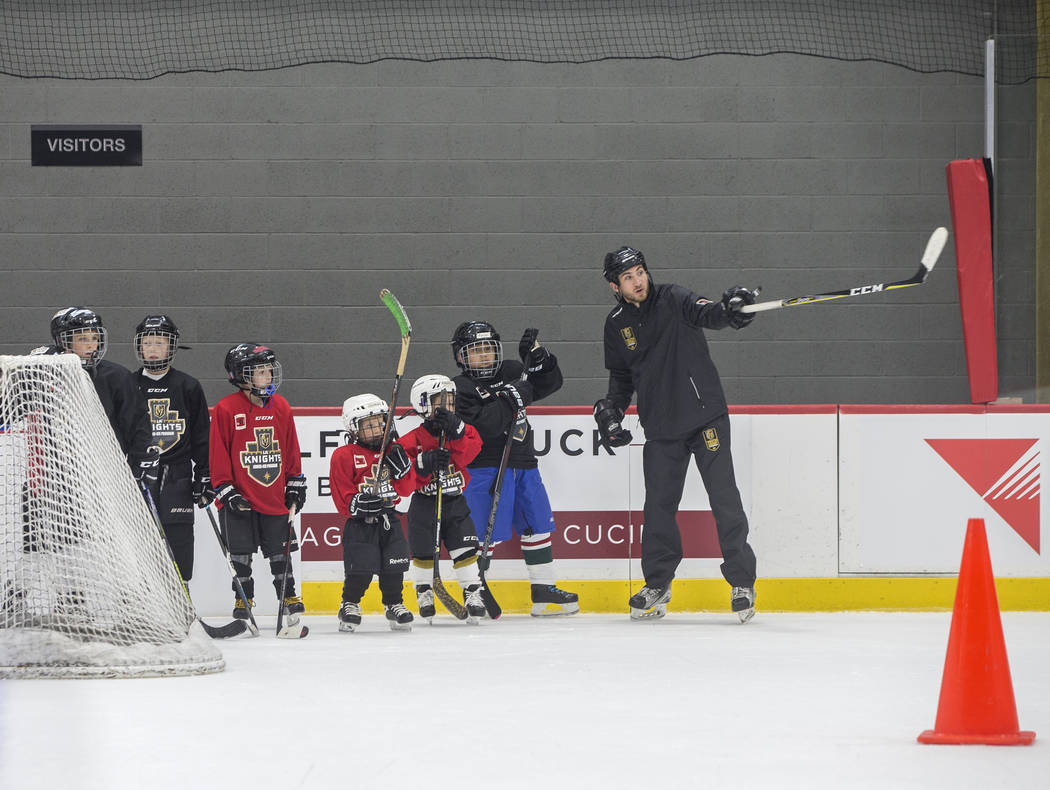 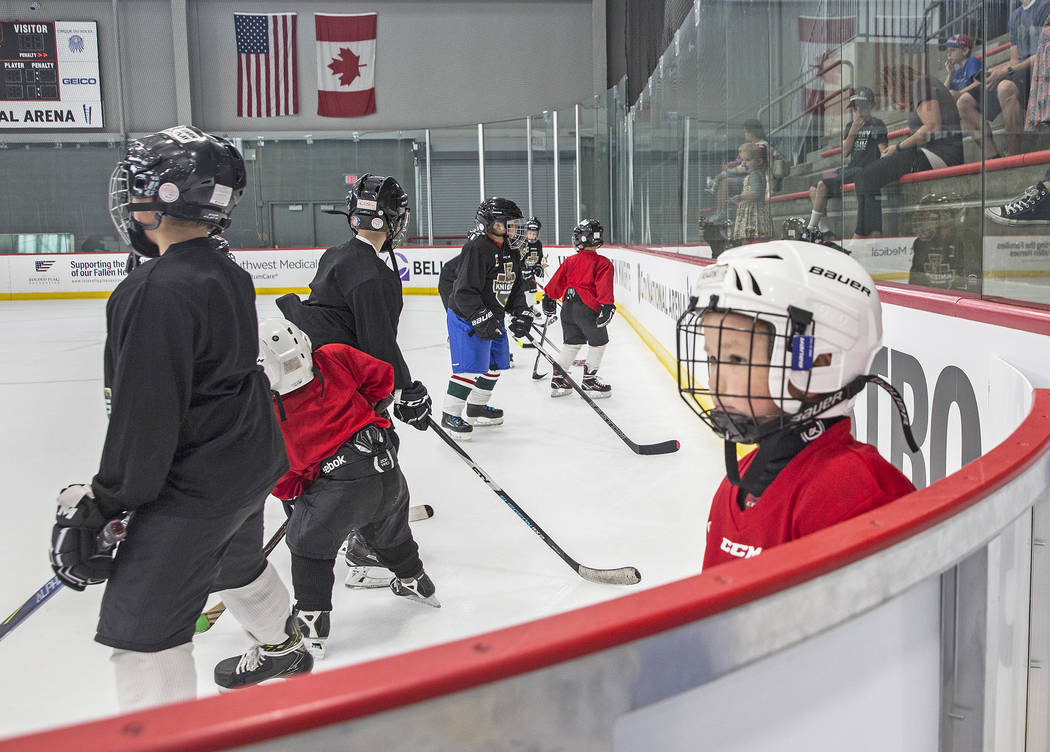 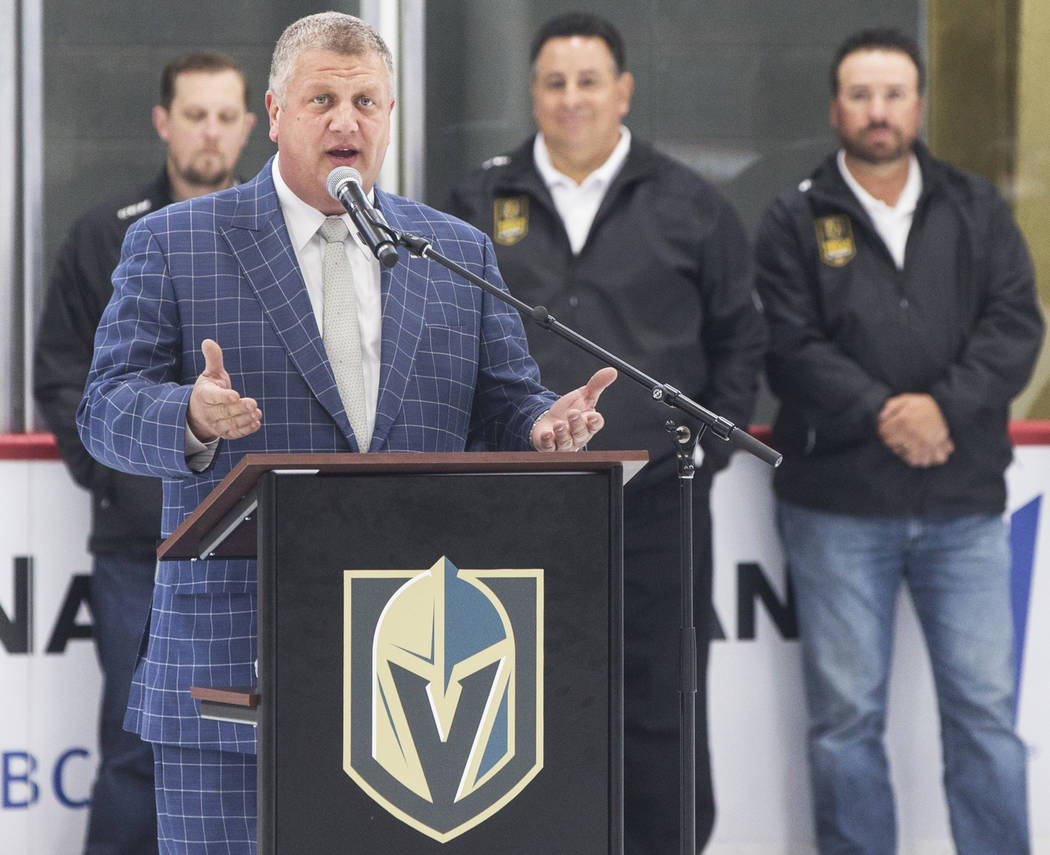 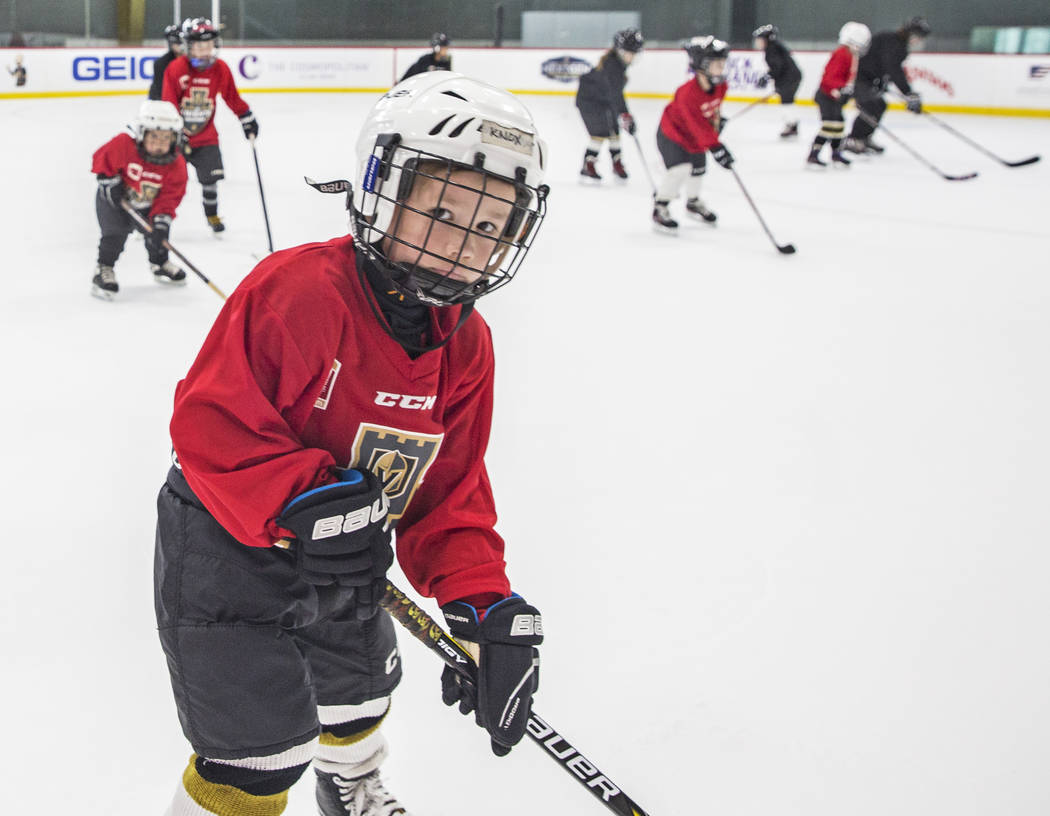 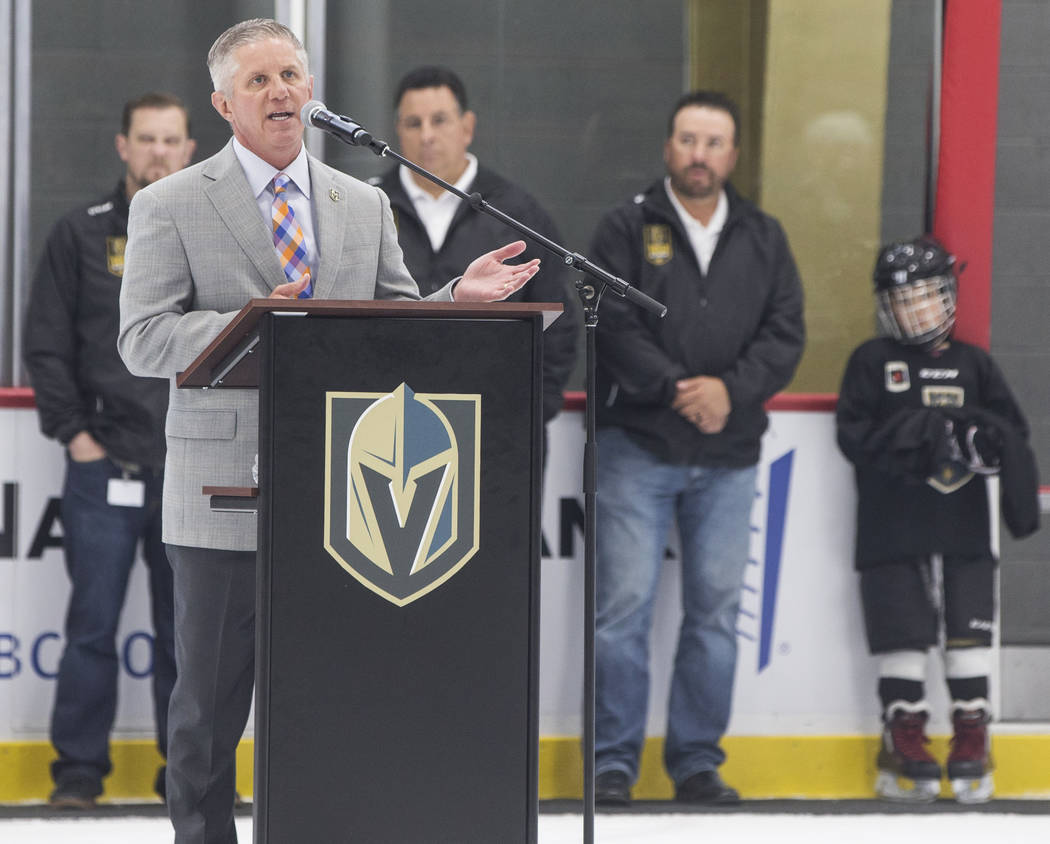 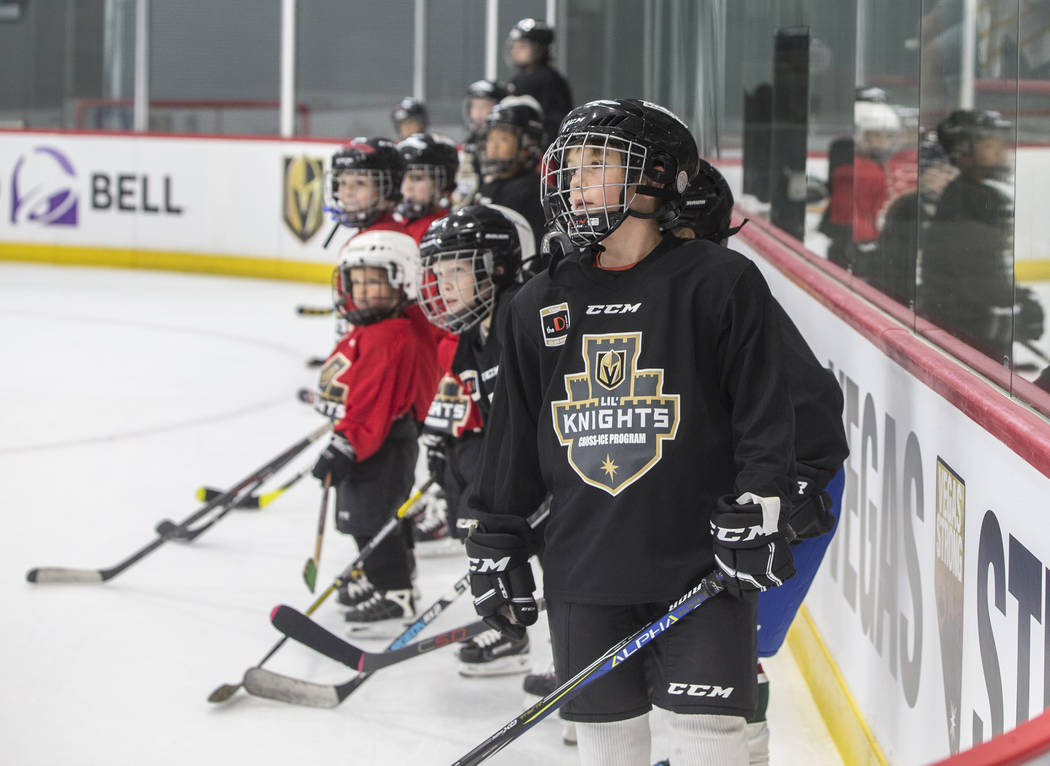 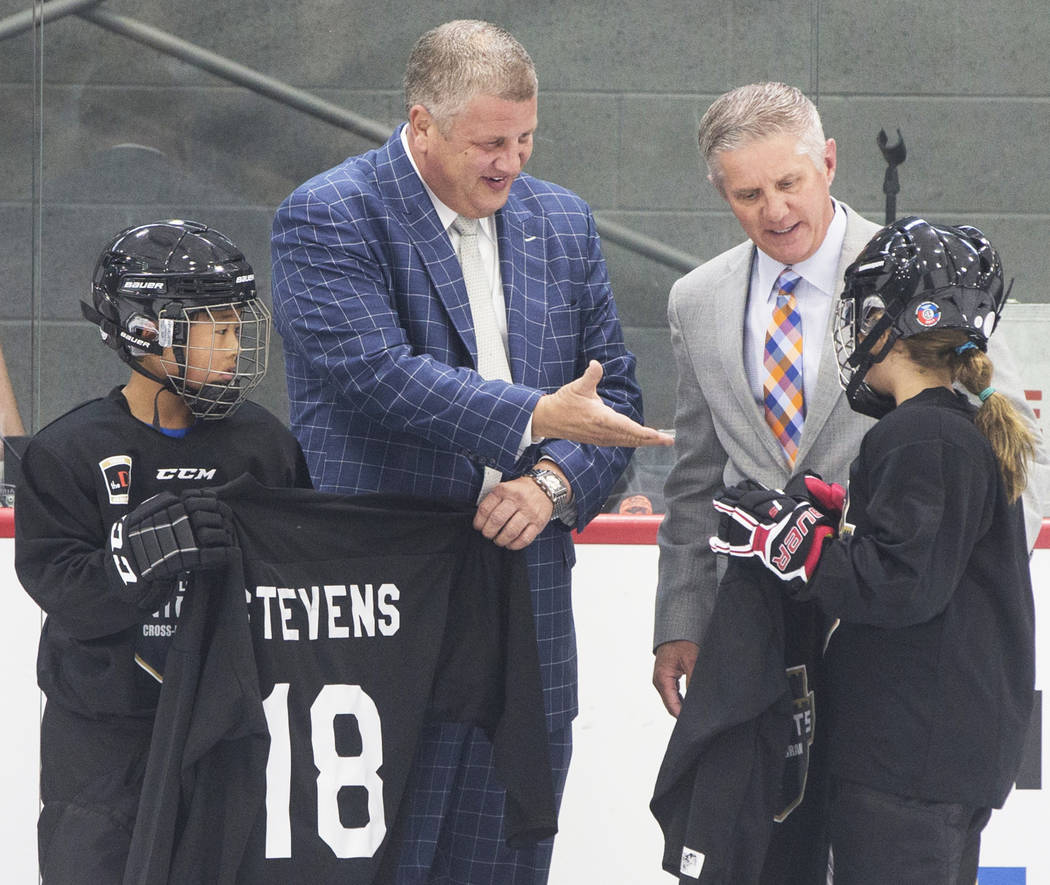 Golden Knights president Kerry Bubolz believes the only thing standing between many kids and a love affair with hockey is an introduction to the game.

He hopes the team’s latest initiative helps continue to serve as a matchmaker.

The team announced Monday a third tier to its youth hockey development program thanks in part to a five-year commitment from D Las Vegas CEO Derek Stevens.

“We really believe once kids get exposed to hockey, they’re going to love the game,” Bubolz said after a brief ceremony at City National Arena. “The biggest barrier is generally cost, so we’re trying to eliminate some of that and make the game accessible to every kid that wants to try the game.”

The Lil’ Knights, a cross-ice program that allows for several games to take place on one rink and promotes the development of skills in a smaller space, represents the third step in that process. Kids progress to that level after going through the previously announced Learn to Skate and Learn to Play programs.

Each child will receive a branded jersey.

“To develop the program and allow these guys to go out and get some of the best coaches in North America, we thought it made sense to make a long-term commitment so they can really take this and develop it,” Stevens said. “It’s not really fair to make a donation one time. We’re committed to doing this and to putting together the best program in North America. This should be great for Las Vegas.”

“It’s what we do,” Bubolz said. “Something (owner) Bill Foley put out early on was one of our mottos that, ‘Community is a contact sport just like hockey.’ For us to be successful long-term, we have to help build the game at the youngest levels, the teenage levels and even at the adult level through our men’s and women’s programs. This is just a part of that development process.

“This is really the third tier. We put a stick in a kid’s hand and teach them to skate, then we teach them how to play and then we do the Little Knights which is more structured. Once you graduate this program, then you move into an even more structured program like the Junior Golden Knights.”