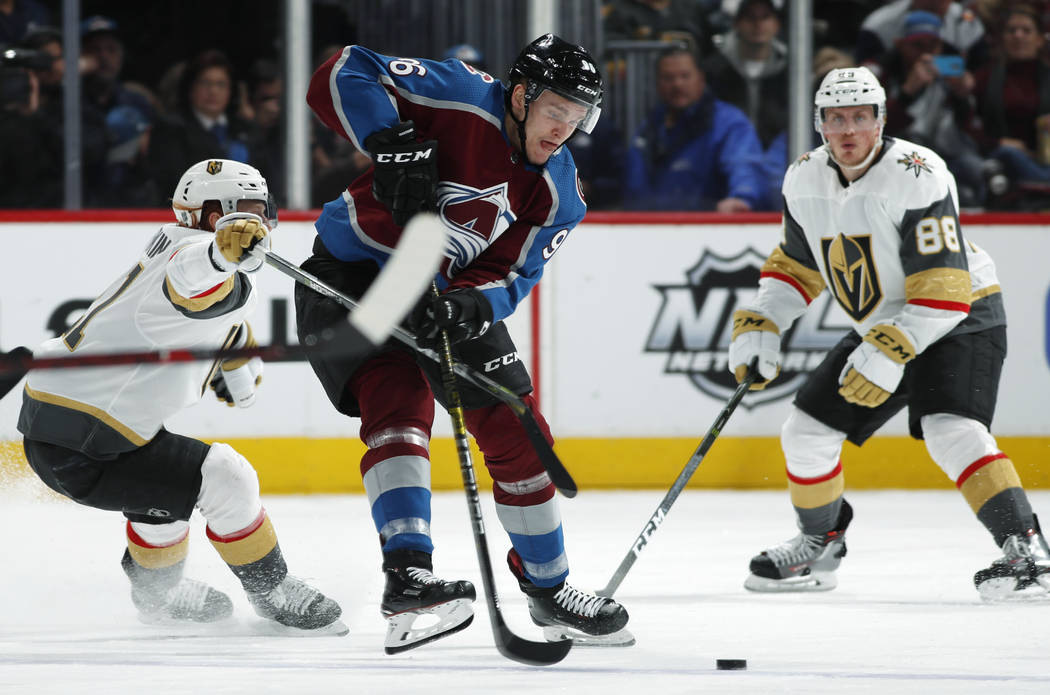 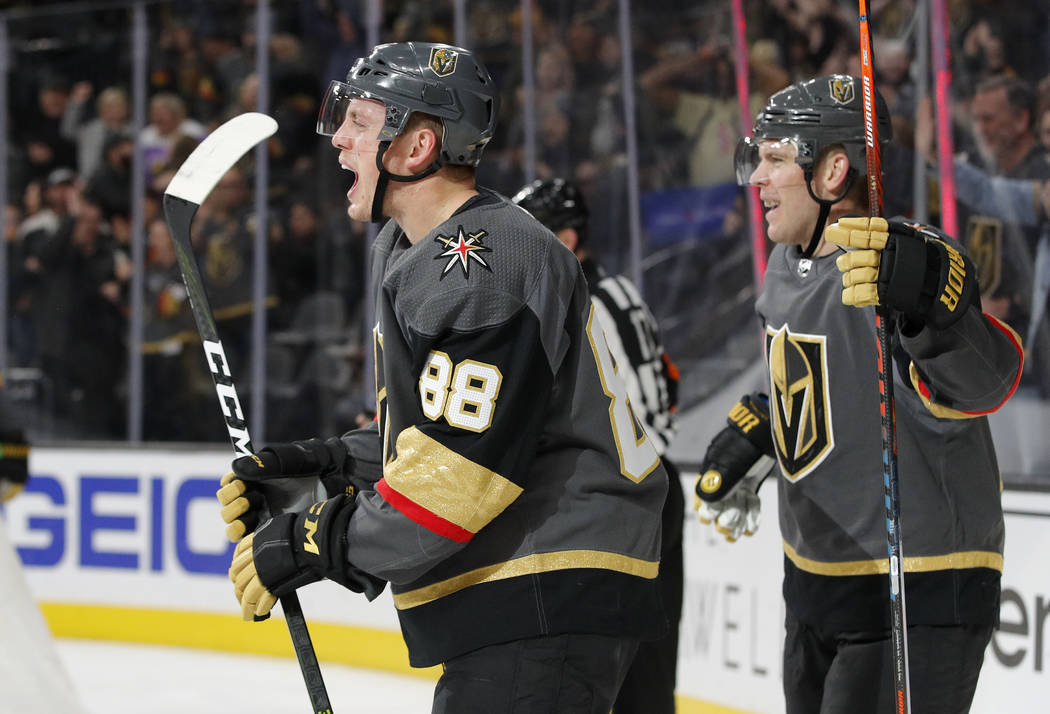 The Golden Knights are in no-man’s land with 21 regular-season games remaining.

A playoff berth appears assured. A division title looks out of reach. And players are trying to deal with that reality and still find an edge during a stretch where the team has lost nine of its past 13 games.

“I think that we’re in a spot right now where we’re a little bit in limbo,” defenseman Nate Schmidt said. “It’s got to come from within our room to make a push here and do something. Not just try and limp in (the playoffs).”

It would require a crazy finish, say the Knights going 17-4 and both the Flames and Sharks playing below .500 down the stretch, for Vegas to claim a second straight division title.

The Knights aren’t being pressured from the teams below them in the standings, either. Fourth-place Vancouver (59 in 60) is 3-6-1 in its past 10 games and doesn’t look to be a serious threat for the division’s third and final automatic playoff berth.

That’s why Hockey-Reference.com gives the Knights a 92.9 percent chance to reach the postseason but just a 0.1 percent chance to win the Pacific. With those odds, the team has little to play for standings-wise the rest of the way.

“I want to say no (it’s not a mental block), but maybe when you have someone close to chase (it helps),” center Pierre-Edouard Bellemare said. “But it shouldn’t be, right? It shouldn’t be a reason (we lose).”

Bellemare said the team has to match the desperation of teams fighting for playoff spots like the Colorado Avalanche, who defeated the Knights 3-0 on Monday, to start winning again. And forward Alex Tuch doesn’t think that should be a challenge.

“The way we’re playing, we should be desperate,” Tuch said. “Honestly, I don’t think we’re looking at standings — at all. I don’t think that’s affecting our game. I think everything that’s happening right now starts in this locker room. We need better out of everybody. All 23 guys.”

Assistant coach Mike Kelly isn’t surprised the Knights are going through a slump during what he called the “dog days” of the regular season.

“When you get inside the last 20 games you’re trying to find your game and your guys get a little more excited,” Kelly said. “The playoffs, there’s a light at the end of the tunnel, so hopefully we get into that.”

The Knights are partnering with the Vienna Capitals of the Erste Bank Hockey League in Austria to share ideas on scouting, coaching, player development and more.

Defenseman Nate Schmidt skated with the Capitals this fall while serving a 20-game suspension for violating the NHL’s substance abuse program.