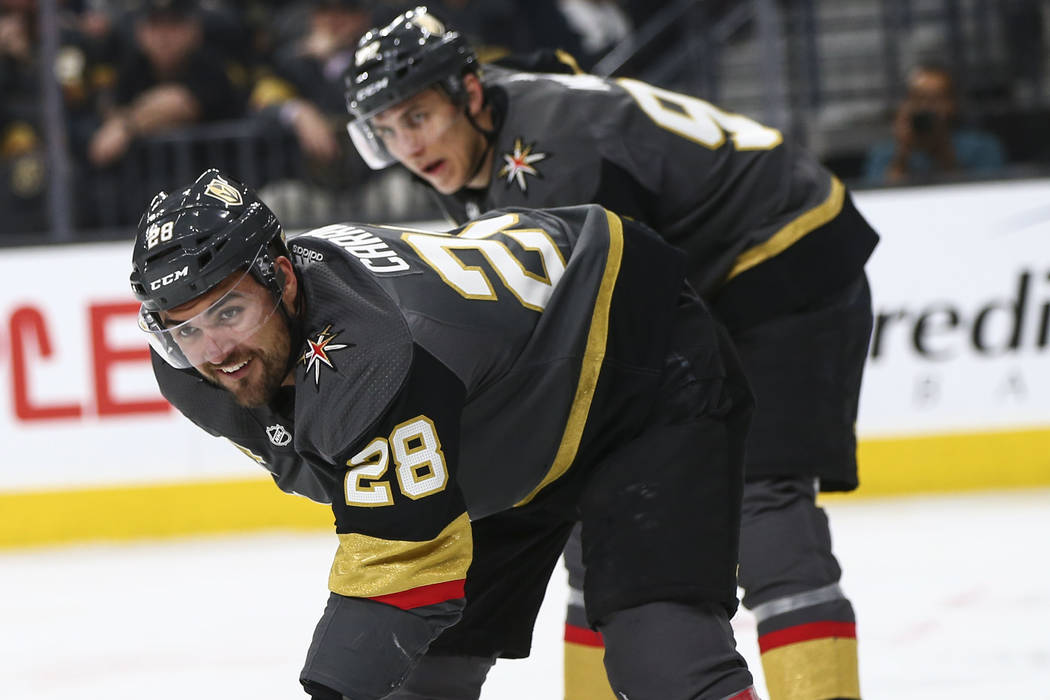 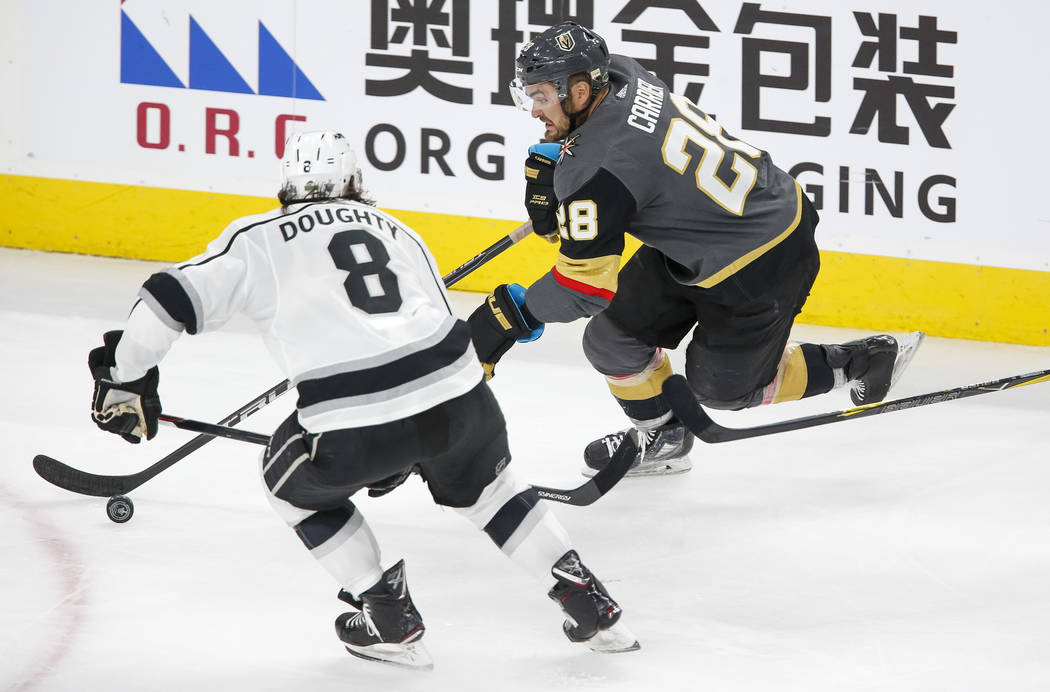 Will Carrier didn’t think the hit to the head he received from Drew Doughty on Wednesday was dirty.

But the Golden Knights’ forward didn’t have a problem with the NHL’s Department of Player Safety suspending the Los Angeles Kings’ defenseman for Game 2 Friday in the Western Conference quarterfinal series.

“Things sometimes happen,” said Carrier, who was in the lineup for Game 2. “I don’t think what (Doughty) did was intentional and the league made it’s decision.”

“I think most of the people who saw the hit thought it deserved a one-game suspension,” he said. “I thought one game was fair. It was a suspendable hit. Maybe the other team won’t think that, but I thought it was a fair call.”

He’s right. The Kings didn’t think it was justified, Doughty in particular.

“I don’t think for one second that was suspension-worthy … I think it’s B.S.,” he said Friday at T-Mobile Arena after the Kings’ morning skate.

Carrier was likely to be in the lineup, but forward David Perron was ruled out for Game 2.

“He’s been skating, he’s getting closer but he hasn’t been cleared,” Gallant said of Perron, who has had an upper-body injury and last played March 26.

It was one year ago Friday the Golden Knights hired Gallant to be their coach. He had no players, no staff and no idea what to expect. A year later, he coaches a team which has set several records for an expansion team, has already won a game in the playoffs and he is the odds-on choice to be the winner of the Jack Adams Award as the NHL’s coach of the year.

“I’m grateful for the opportunity to coach this hockey team,” Gallant said Friday. “So far, it’s been an unbelievable experience. We had a great expansion draft. We had a great regular season. Now we’re 1-0 in the playoffs. I hope it continues.”

Center Pierre-Edouard Bellemare said he has loved playing for Gallant.

“Look where we are right now,” Bellemare said. “He’s made it fun for everybody. He’s been fair. He doesn’t let you drift too far from your game.

“When Vegas drafted me from Philadelphia, (coach) Dave Hakstol told me I would enjoy playing for (Gallant) and he was right.”

Congratulations to Jonathan and Alexandra Marchessault on the birth of their son William Henry!

He was born a healthy 8.3 lbs and 19.5 inches yesterday afternoon #VegasBorn pic.twitter.com/oG2tYtCgVE

The Marchessaults have two older children, James, 4, and Victoria, 3. According to the team, both mother and baby, who was 8.3 pounds and 19.5 inches, were doing well.