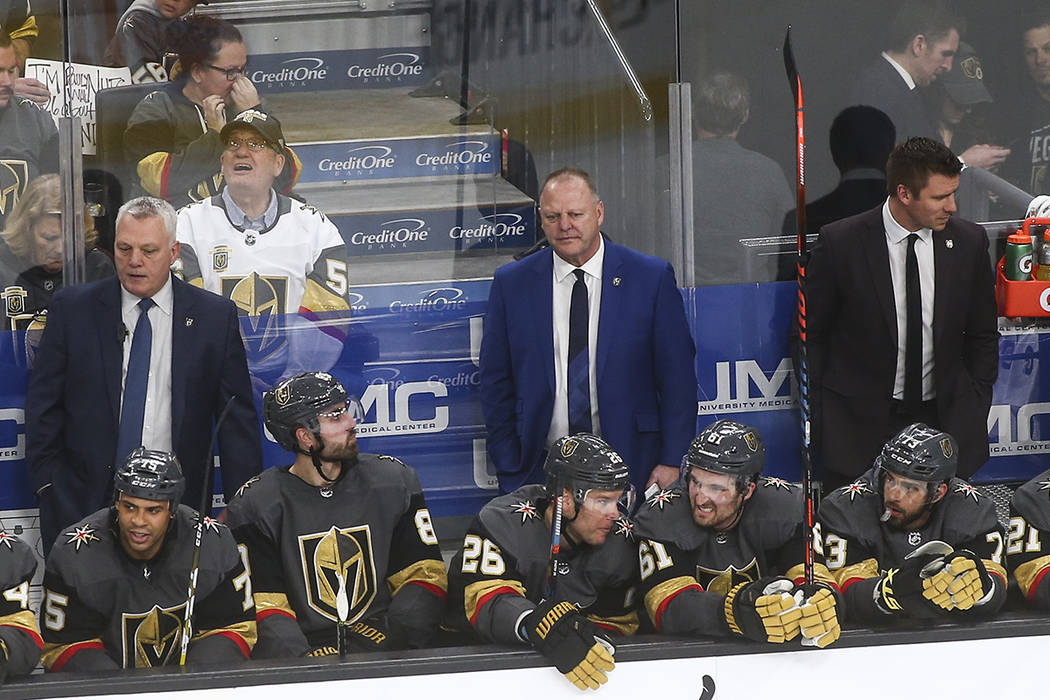 Gerard Gallant’s lucky electric-blue suit will remain in his closet. But the Golden Knights coach is making sure part of his wardrobe goes to a good cause.

Gallant is participating this month in the 12th annual Men’s Wearhouse Suit Drive. The program collects previously worn professional clothing for men and women transitioning back into the workforce.

“I know one thing: You feel good when you’re wearing a nice suit,” Gallant said in a phone interview. “People going for interviews and stuff like that, that definitely makes a big difference.

“When you’re able to give back to something you feel is good for the community, I think it’s great. I’m fortunate enough to be involved with it, and I know a lot of coaches around the NHL are a part of it, and you feel good about it. It’s a great thing.”

Gallant was introduced to the Suit Drive through the NHL Coaches Association and said he began donating apparel three or four years ago. His coaching staff, which includes assistants Ryan Craig, Mike Kelly and Ryan McGill, also gives suits to charity.

“I thought it was a great idea when I saw it,” Gallant said. “I try and donate three or four suits every year.”

Donations made this month at any Men’s Wearhouse store will be distributed to nonprofit organizations helping disadvantaged individuals find employment through résumé-building workshops, interview preparation and employment training programs, according to a news release.

Participants can donate men’s and women’s suits, ties, jackets, shirts, pants, belts and shoes through the end of July and will receive 50 percent off their next purchase of regular-priced retail items at Men’s Wearhouse.

The Suit Drive has collected more than 2 million clothing items in the previous 11 years.

“I think it’s a super program that we got involved in a few years ago and really enjoy being a part of it,” Gallant said. “I think it’s just a great thing that’s going.”