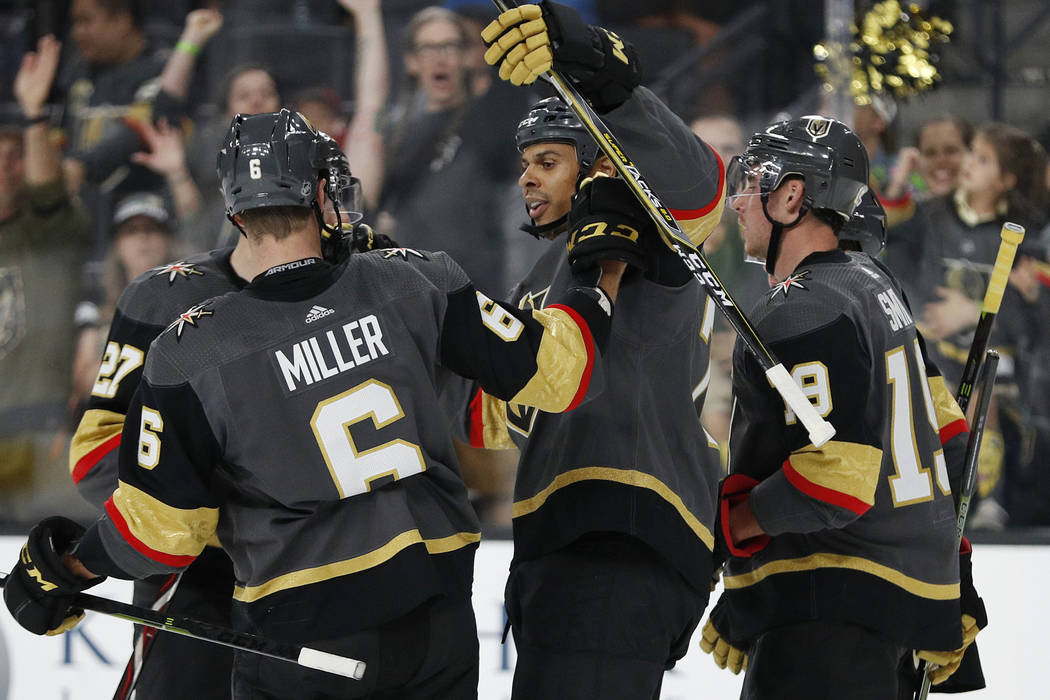 BUFFALO, N.Y. — In Ryan Reaves’ first NHL game, he got into a fight and his jersey came off, earning him a game misconduct for not having his jersey properly tied down.

Making 500 career appearances seemed out of the question.

“It’s a number that I don’t know if I ever thought I’d hit, especially early in my career,” Reaves said.

Reaves played in his 500th career game Saturday at Minnesota, a noteworthy achievement for the Golden Knights’ rugged right wing. 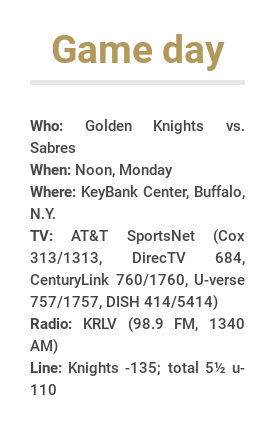 Fittingly, he marked the occasion by brawling with Wild forward Marcus Foligno in the third period of the Knights’ 2-1 shootout victory.

“I take a lot of pride in it, especially being able to hit 500 games,” Reaves said Sunday. “I think it’s a big milestone for me to be able to adapt and stay in the league when a lot of players like me aren’t in the league anymore. I think the hard work I put in, the dedication I wanted to show to whatever team I’m on is important.”

Reaves developed a reputation early in his career as one of the league’s most feared fighters.

He led the St. Louis Blues in penalty minutes five times in seven seasons before being traded to Pittsburgh in the summer of 2017, and last season he was voted the league’s toughest player in the NHLPA Player Poll.

In 79 games last season with the Knights and Penguins, the 6-foot-1-inch 225-pound bruiser was ninth in the league with 236 hits.

“He’s extremely effective at what he does,” Knights defenseman Deryk Engelland said. “He’s had to kind of evolve over the last few years, and he’s done a good job with it. He’s a big guy, but he can skate and plays the body every chance he gets. He just plays his role to a T.”

But as the NHL becomes increasingly faster and skilled, the enforcer role has largely gone the way of compact discs and pay phones.

That’s forced Reaves, now in his ninth season, to adapt his style in order to remain in the league.

“He’s a physical guy, and nobody is going to mess around with our team with him on the ice, that’s for sure,” Knights coach Gerard Gallant said. “That’s the way he plays. He’s solid and strong, but you can’t play in the NHL if you only do that now. He’s a good hockey player. He’s up and down his wing and he plays every day, and that’s what we like about him.”

Reaves, 31, said his offseason workouts emphasize explosiveness rather than brute strength to keep up with the speed of the game.

He conducts most of his workouts with a weight vest, and the added leg strength helped improve his skating.

“That’s definitely something the last two, three years I’ve focused on a lot more than just sitting in the gym and getting big and boxing and worrying about guys I got to fight,” Reaves said. “Obviously that’s something I did early in my career and I had to adapt, and so far it’s worked.”

Entering Monday’s game against the Sabres at KeyBank Center, Reaves has delivered seven hits, second on the team to William Carrier with nine.

He had three shots on goal in the win Saturday at Minnesota to open the road trip and registered his first scrap since being acquired by the Knights prior to the trade deadline in February.

Reaves blasted Wild defenseman Greg Pateryn into the boards with about six minutes remaining and was challenged by Foligno. Reaves landed several hard right hands before he wrestled Foligno to the ice.

“That’s what I’m here to do, play physical and create some energy,” Reaves said. “To be honest, we were talking before and I didn’t think I was going to get one (fight) all year. They’re tough to find now, so two games in, it’s nice.”