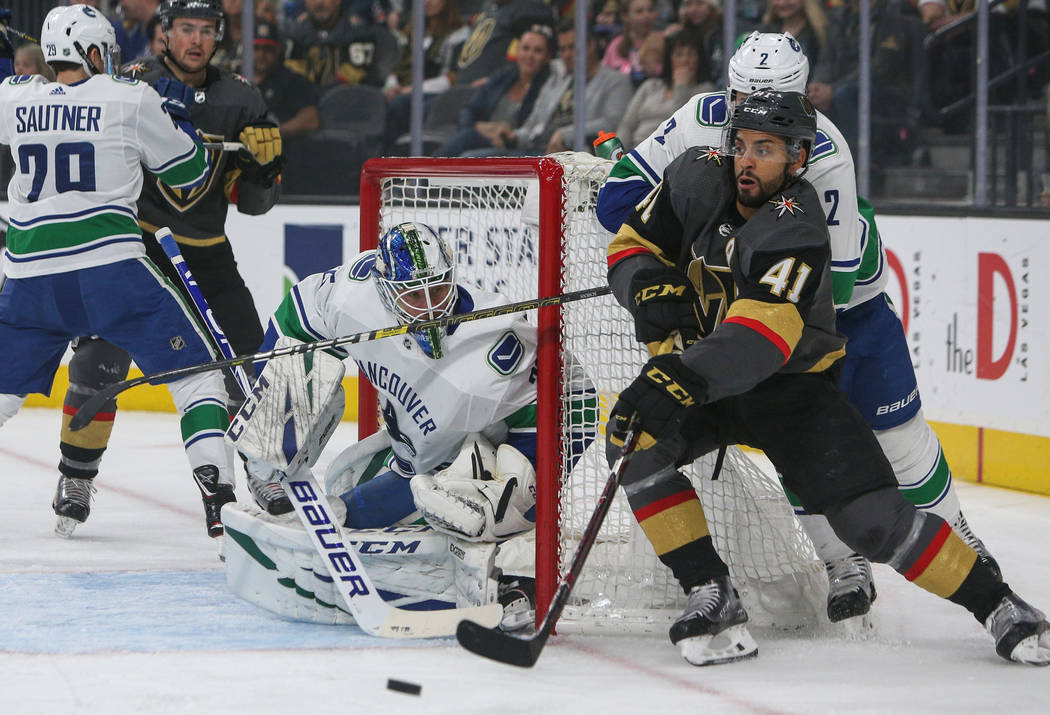 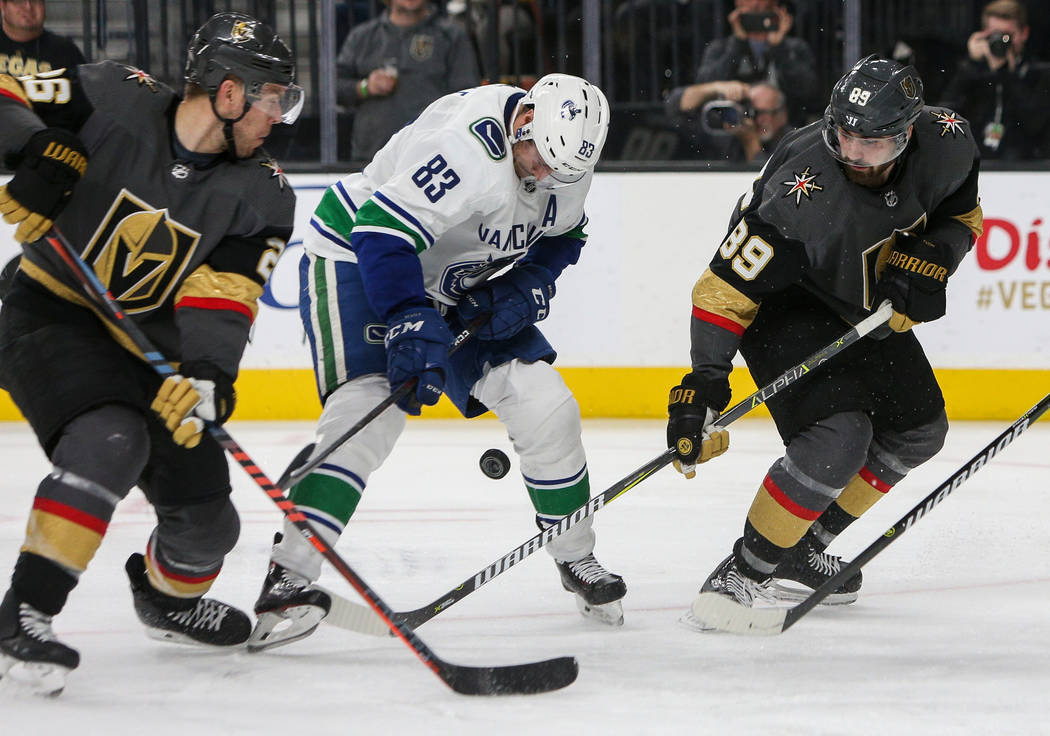 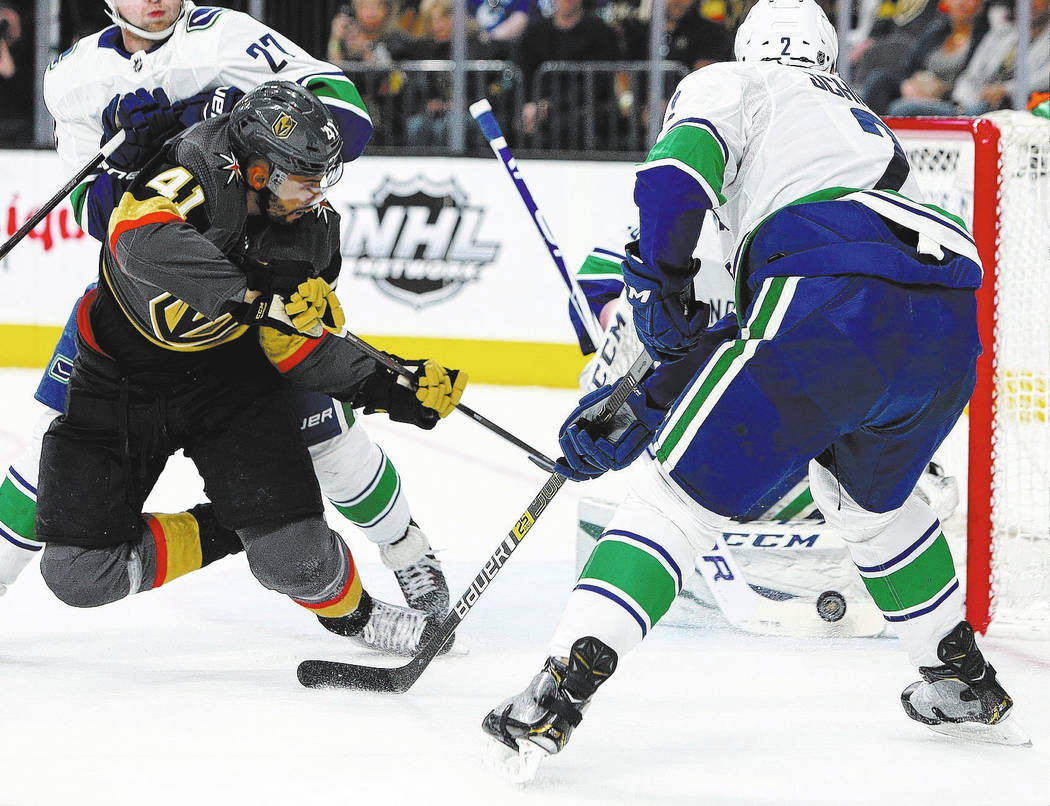 The Golden Knights’ fourth line had one goal, one assist, five takeaways, nine hits and nine shots on goal Sunday against the Vancouver Canucks.

Not bad for about about 11 minutes of ice time. Ryan Carpenter, Ryan Reaves and Pierre-Edouard Bellemare’s also forechecked well all game in a 3-0 win against the Canucks and displayed the depth of the Knights’ current lineup.

“Think of how many teams out there really are four-line teams,” winger Max Pacioretty said. “Not many. No matter who goes over the boards, we know they can contribute. We saw that tonight. …(Carpenter’s) line played great. They got a goal and had a lot of opportunities.”

The group was rewarded for its efforts with the game’s second goal. Carpenter pounced on a rebound created by defenseman Shea Theodore with 11:39 left in the second period to score his first goal since Jan. 12.

It was the 27-year-old’s 15th point, tying his career-high for points in a season.

“It felt good,” Carpenter said. “I don’t score a ton. It just felt good for our line today. It felt like we had a lot of chances, a lot of zone time.”

It was Carpenter’s second consecutive game on the fourth line after spending two on the third, but he fit in seamlessly. He and Bellemare each had four shots on goal.

“I feel like whoever’s been on that line all year, it seems like they always works really hard, get a lot of chances and forecheck hard,” Carpenter said. “Reavo, he knocks everyone off the puck and creates a lot of turnovers. (Bellemare), he works really hard too.”

Sunday finished a stretch where the Knights played three games within 93 hours and won all three. Coach Gerard Gallant made Saturday’s practice optional because of the packed schedule, and he liked the results after his team outshot the Canucks 48-19.

“It was an easy decision,” Gallant said. “We had back-to-back games with the second one on the road in Anaheim. I like a rested team. I like a team with some jump in their legs. Yesterday was an optional. I think a few guys went on the ice, but not many. Common sense says to give them the day off and see what they’re ready for, and obviously today was a real good day for our group.”

Center Paul Stastny recorded an assist on Pacioretty’s second-period goal against the Canucks, giving him points in four of his last five games.

Stastny also has 19 points in his last 19 games.

Injured forward Erik Haula skated for the first time last week, a team spokesman said. Haula injured his right knee in a 3-1 loss to the Toronto Maple Leafs on Nov. 6 and had surgery.

The Knights haven’t said whether Haula will play again this season.