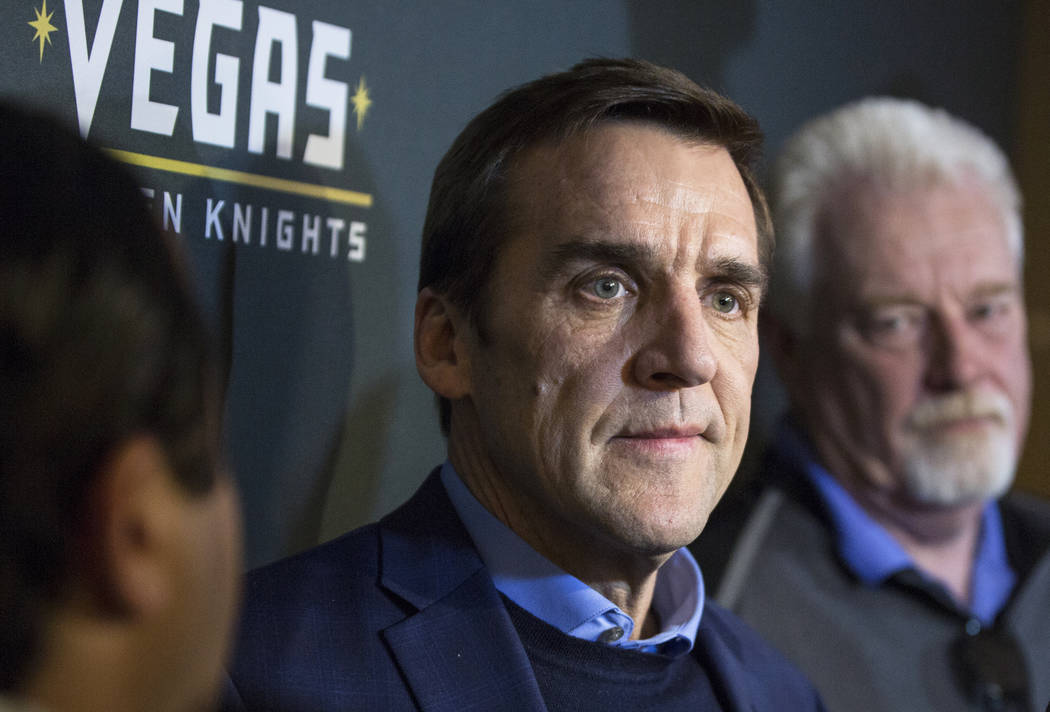 There were no rule changes to vote on. No deals were consummated. But Golden Knights general manager George McPhee was glad to be in the room with the other 30 NHL general managers this week.

The three-day gathering wrapped up Wednesday in Boca Raton, Florida, with no recommendations to the owners on changing hockey.

“On a personal level, it was fun to be in there and be involved,” McPhee said Wednesday. “It’s very stimulating.”

The last time McPhee attended such a meeting was in 2014 when he was GM of the Washington Capitals. The one big difference he noticed this time was the lean toward analytics when discussing issues.

McPhee said it was interesting to get a fresh perspective on decisions the league makes that are data-driven.

“There’s a tremendous amount of information to support the discussions, which to me is a good thing,” he said.

There were discussions about offsides calls and coaches’ challenges on offsides and continued discussion on streamlining goaltenders’ equipment.

“I think everyone likes the current game,” McPhee said. “The future is to keep the game fast and competitive.”

“We didn’t do any deals, but we had healthy discussions with five or six clubs,” McPhee said. “For us, there’s no need to rush. We’ll let the regular season play out, see how the playoffs go, and as we get closer to the (June 21) expansion draft, look at some possible moves that could help our team.”

McPhee said the team is watching the college hockey season as it enters the conference tournament phase this weekend.

Some teams will be finishing their seasons and might have players looking to sign with an NHL team as a free agent.

“We’ve watched a lot of kids and talked to kids all season long,” McPhee said. “We’ll approach some players and see if there’s a deal to be made. But we won’t say anything until we have their name on a contract.”