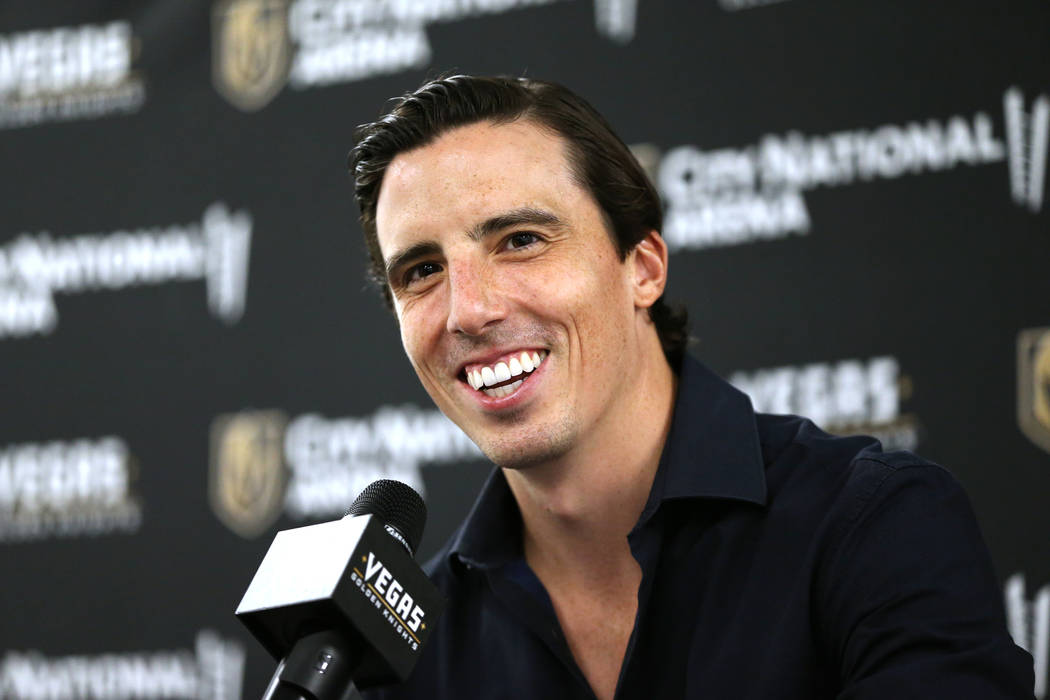 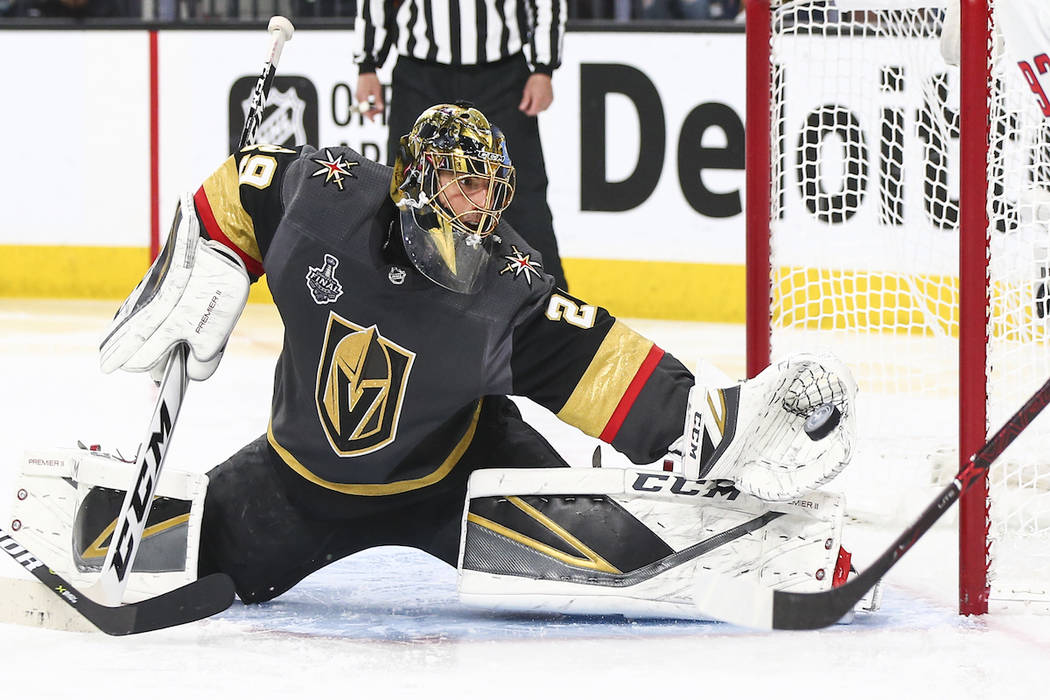 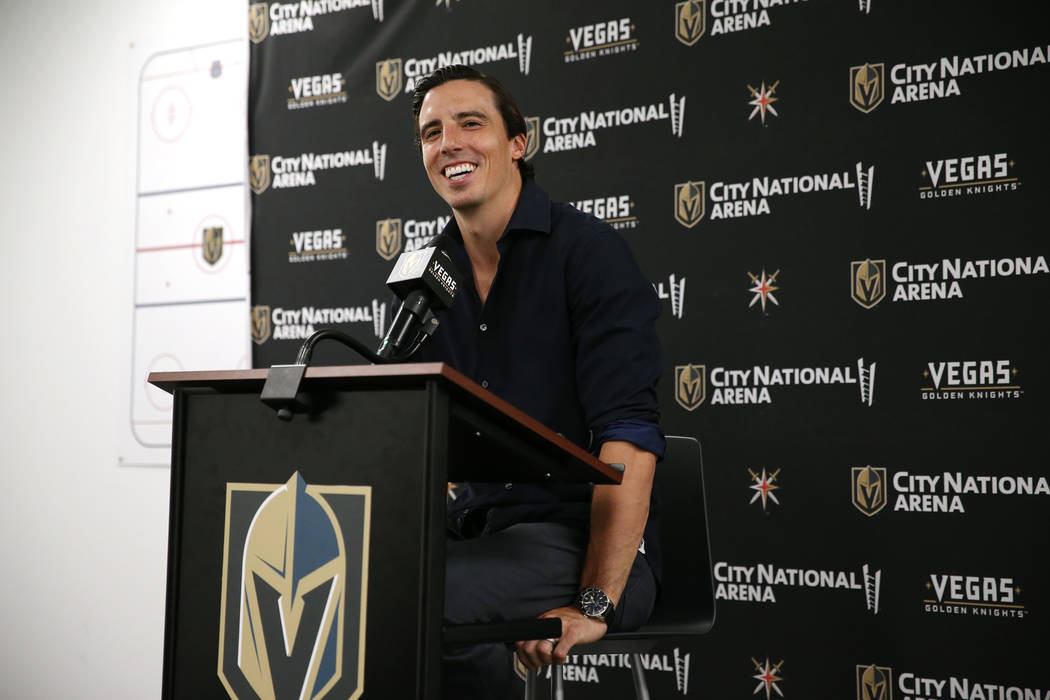 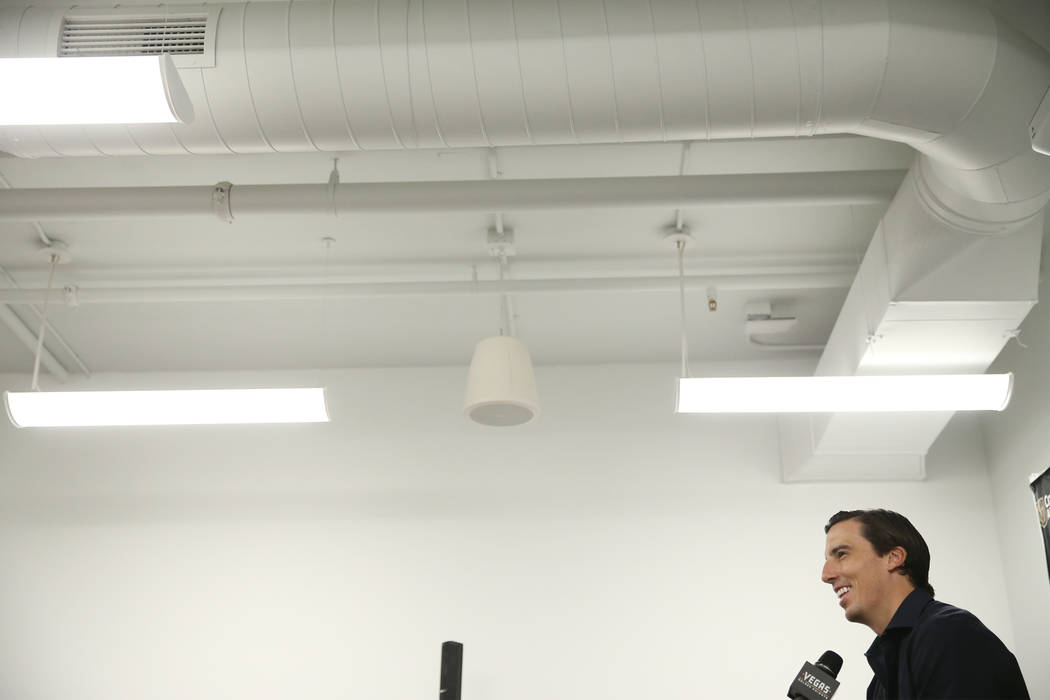 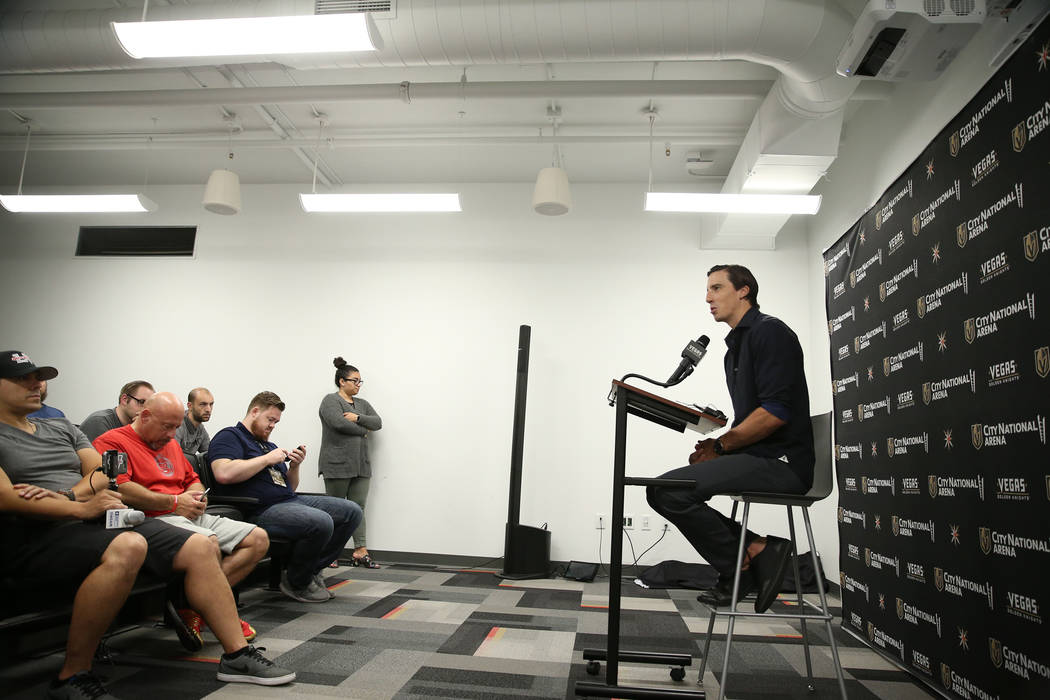 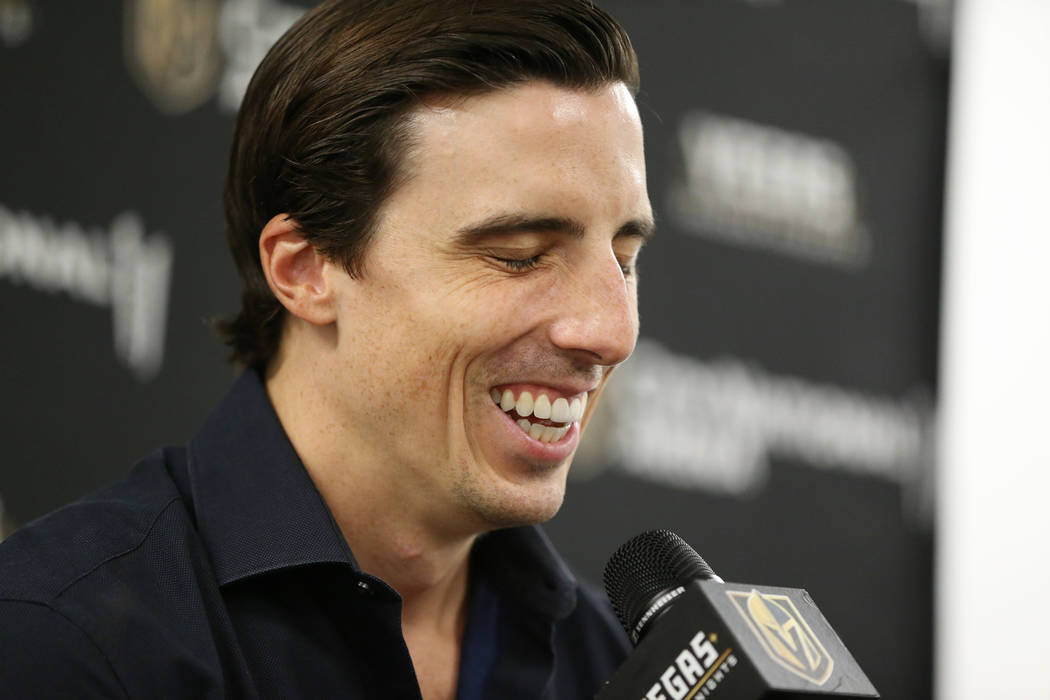 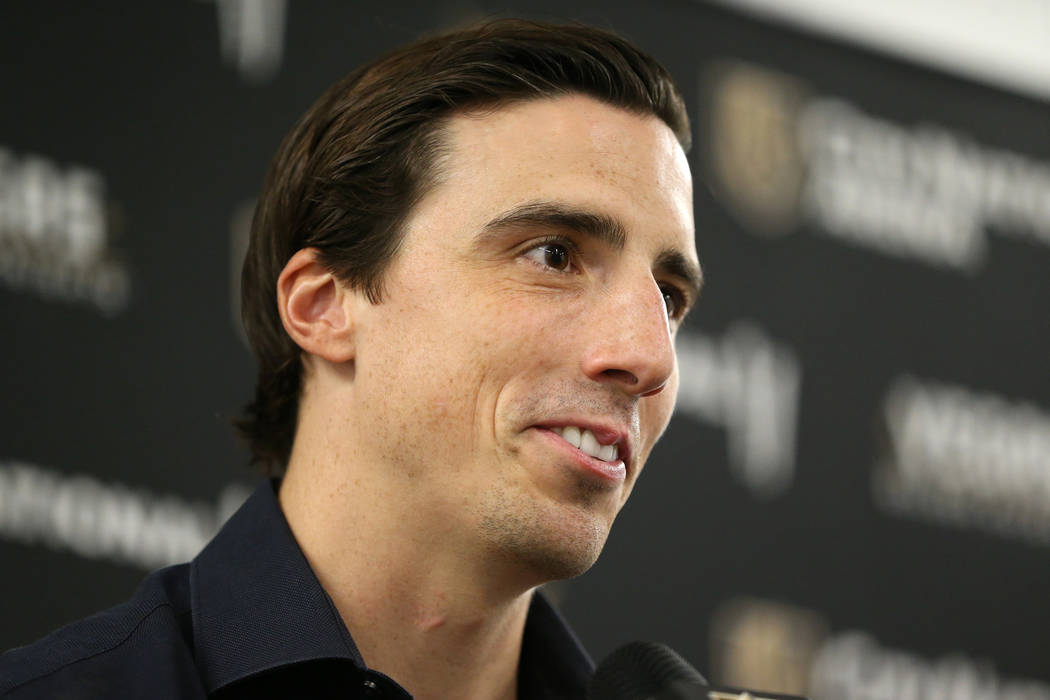 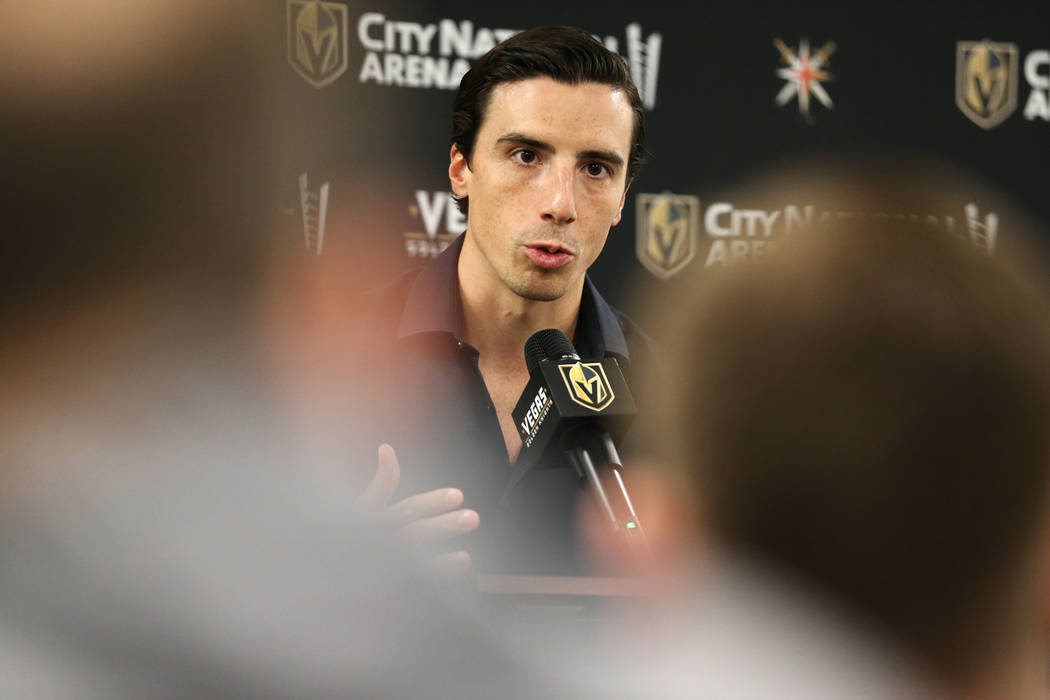 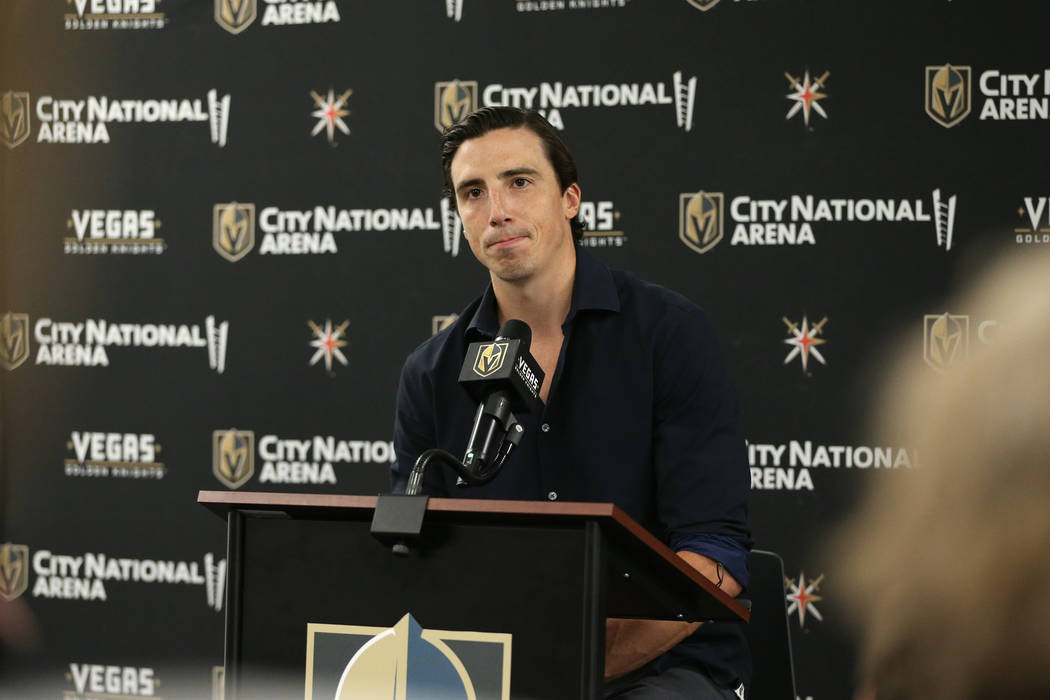 When Marc-Andre Fleury met the media the day after the Golden Knights’ inaugural season ended, the goaltender’s parting words for the summer were that he hoped to finish his career here.

Fleury’s three-year, $21 million contract extension with the Knights that was announced Friday locks him up through the 2021-2022 season, when the face of the franchise will be 37 years old.

“I just wish I had a better face, you know?” Fleury joked during a news conference at City National Arena.

“This team gave me a second opportunity to my career, and I’ll be always grateful for it. I love the bunch of guys we have in the locker room. I love the organization … and the whole thing together, it just felt right for me to try to finish my career here.”

Fleury will make $8.5 million the first season, $6.5 million the second season and $6 million in the final year of the deal. The extension also includes a limited no-trade clause.

Fleury, a three-time Stanley Cup champion, was in the final year of his contract and would have been an unrestricted free agent next summer.

By signing Fleury now, the Knights avoid a tricky scenario like the one that saw forwards James Neal and David Perron depart as free agents.

“We thought the three-year extension was the appropriate extension in terms of time,” general manager George McPhee said in a conference call. “Rather than just play through another season and have those distractions, he was a guy we knew from Day One that we were going to want to extend. And so we made an effort to extend him right away at our first opportunity.”

Fleury, who turns 34 in November, is coming off the best season of his career after being selected by the Knights in the expansion draft from Pittsburgh. 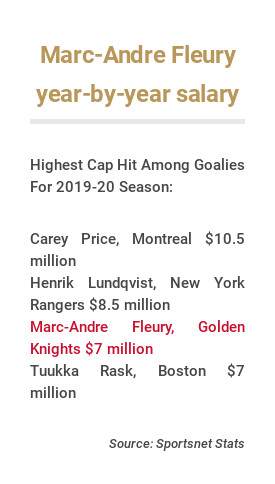 Under the tutelage of Knights goaltending coach Dave Prior, Fleury posted a 29-13-4 record with a 2.24 goals-against average and .927 save percentage.

He led the Knights to the Pacific Division title and Stanley Cup Final in their inaugural season, and his .947 save percentage through the first three rounds of the playoffs ranked third in NHL history.

Nashville’s Pekka Rinne won the Vezina Trophy as the league’s top goaltender at age 35 last season, and the Knights believe Fleury also can be productive into his mid-30s.

“Marc-Andre is a very athletic, very quick, very agile goaltender, not one of the big, sort of lumbering, hit-me goaltenders,” McPhee said. “We could get four very good years from Marc.”

Fleury is a three-time All-Star and currently stands 11th in NHL history among goaltenders with 404 career victories. If Fleury averages 30 wins per season over the duration of his contract, he would move into third place on the all-time list behind two of his idols, Martin Brodeur (691 wins) and Patrick Roy (551 wins).

“I think it’s always something I wanted and I like to do so when the season starts you’re not thinking about the rumors, where you can be traded to,” Fleury said. “I’ve been through that already, and just to have that security to be here for a long time was big for me.”