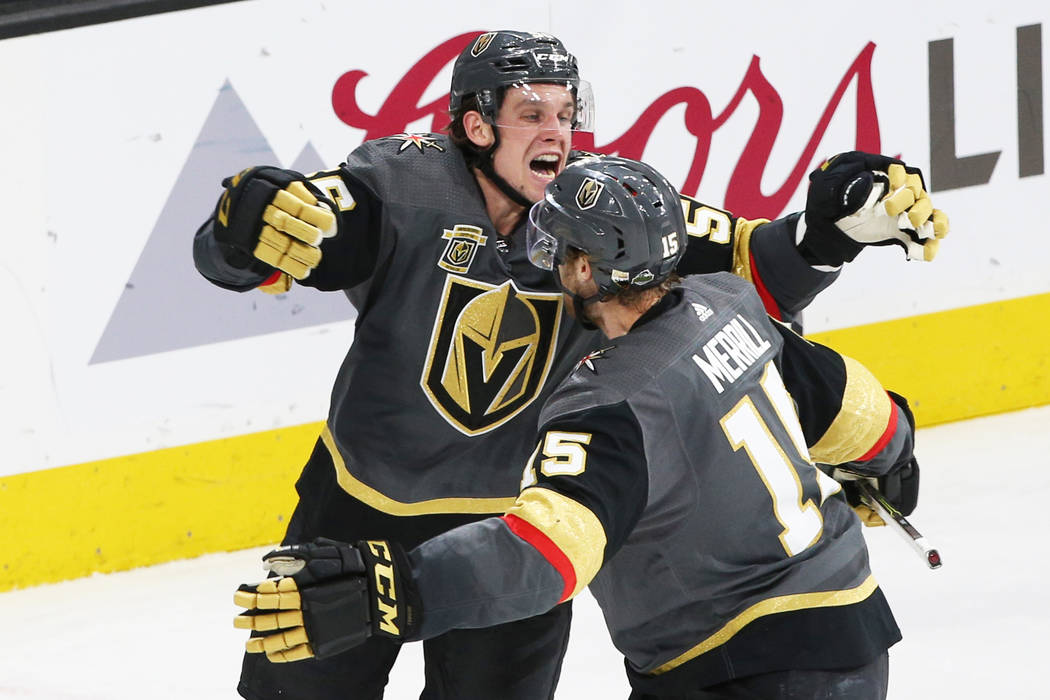 LOS ANGELES — Erik Haula avoided disciplinary action from the NHL for the incident involving he and Anze Kopitar during Game 3 Sunday between the Golden Knights and the Los Angeles Kings.

Haula and Kopitar got tangled up in front of the Los Angeles net in the second period of the Knights’ 3-2 win. Kopitar, who was on top of Haula, cross-checked him in the back and Haula retaliated by hitting Kopitar in the face with what appeared to be the butt-end of his stick.

However, the NHL’s Department of Player Safety never contacted Haula and a league spokesman said there were no plans to hold a hearing on the incident.

Haula butt-ends Kopitar in the face and gets away with it pic.twitter.com/EKc1sghmGW

“He landed on my back in front of the net; I tried to get up and I had no intention of doing what the replay showed,” Haula said Monday after the Knights held an optional skate at Staples Center. “I was holding my stick like I normally would. I don’t think the stick hit him. If the butt end of my stick had hit him, he would have had a mark on his face or something.”

Coach Gerard Gallant defended Haula, who did not receive a penalty for the incident.

“It was not a dirty play,” Gallant said. It’s nothing major. Kopitar cross-checked him pretty good. Haula got up and pushed him back with his glove.

“Kopitar’s not a diver; he’s a respected player. Part of the glove hit him; I can’t see anything else. He was fine.”

Marc-Andre Fleury continues to play at a high level in the Knights’ net. Through three games, Fleury has stopped 96 of the 99 shots he has faced, a save percentage of .970 along with a goals-against average of 0.84, both tops among NHL playoff goalies.

Fleury credits his defense for his stellar performance so far.

“They’ve been great and fun to watch,” he said. “The guys battled hard to the end again. They were coming and the guys did a great job to get the puck out.”

Gallant said the lines will likely remain the same for Game 4. That means Alex Tuch stays on the second line with Haula and James Neal and David Perron will continue to skate with Cody Eakin and Ryan Carpenter on the third line.

“We’ll talk about it in the morning, but we’ll probably leave things the way they are,” he said. “I thought Perron got better as the game went on and he did well with those guys.”