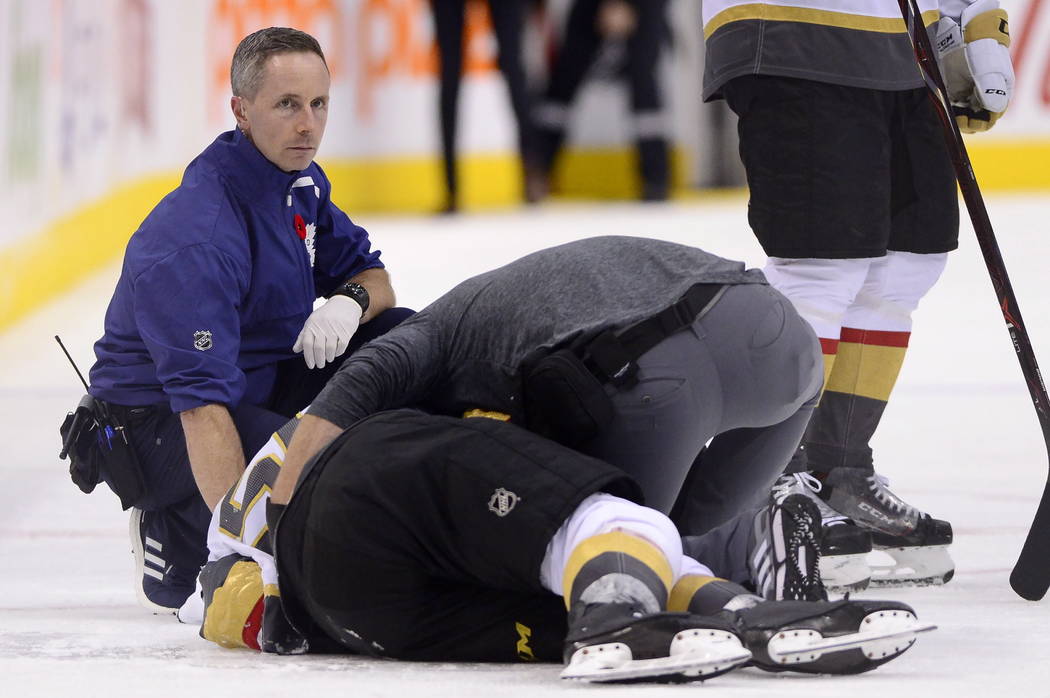 A trainer attends to Vegas Golden Knights center Erik Haula (56), who had taken a hit along the boards during the third period of an NHL hockey game against the Toronto Maple Leafs on Tuesday, Nov. 6, 2018, in Toronto. (Frank Gunn/The Canadian Press via AP) 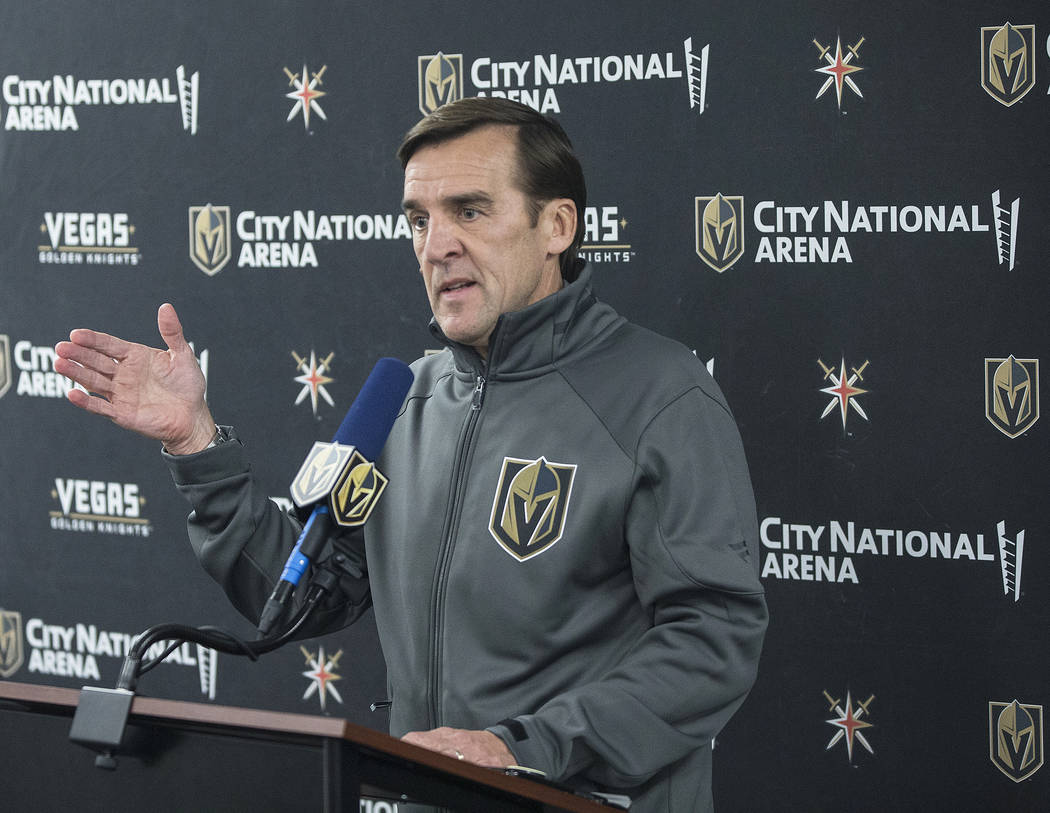 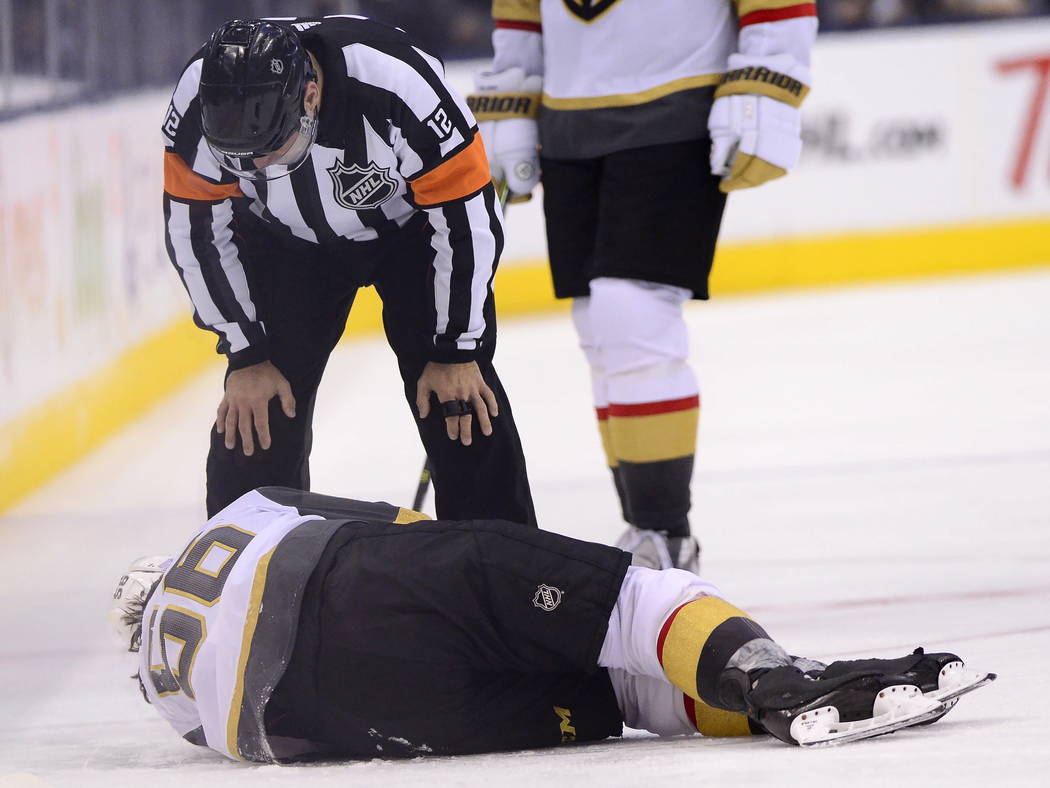 “He did have surgery,” McPhee said. “It’s a unique injury.”

Haula was hurt in a 3-1 loss at Toronto on Nov. 6 when he was driven into the boards by Maple Leafs forward Patrick Marleau.

Haula, 27, crumpled to the ice and immediately clutched his knee, which appeared to buckle as he went down from the impact of the hard check. He was removed from the Scotiabank Arena ice on a stretcher.

Haula was seen on crutches in the Knights’ locker room after their 5-3 victory at Ottawa on Nov. 8.

McPhee said the surgery took place “a couple of weeks” after Haula was hurt.

“It wasn’t an ACL, as some people reported. It’s not an ACL,” McPhee said. “It’s just an atypical injury for hockey.”

Haula was placed on the injured reserve list Nov. 13, and coach Gerard Gallant said the following day that Haula was “month to month.”

Gallant told reporters Dec. 3 that Haula started rehabilitation the previous week, and he would not rule out a return this season.

“I know it’s not going to be for the next two months for sure, but after that I don’t know,” Gallant said at the time.

McPhee did not have a timetable for Haula’s return and declined to say whether Haula could return during the regular season or playoffs, should the Knights qualify.

“It’s really hard to know,” McPhee said. “It’s going to be some months, but we don’t know because it’s just such a different injury than any of us have seen before.”