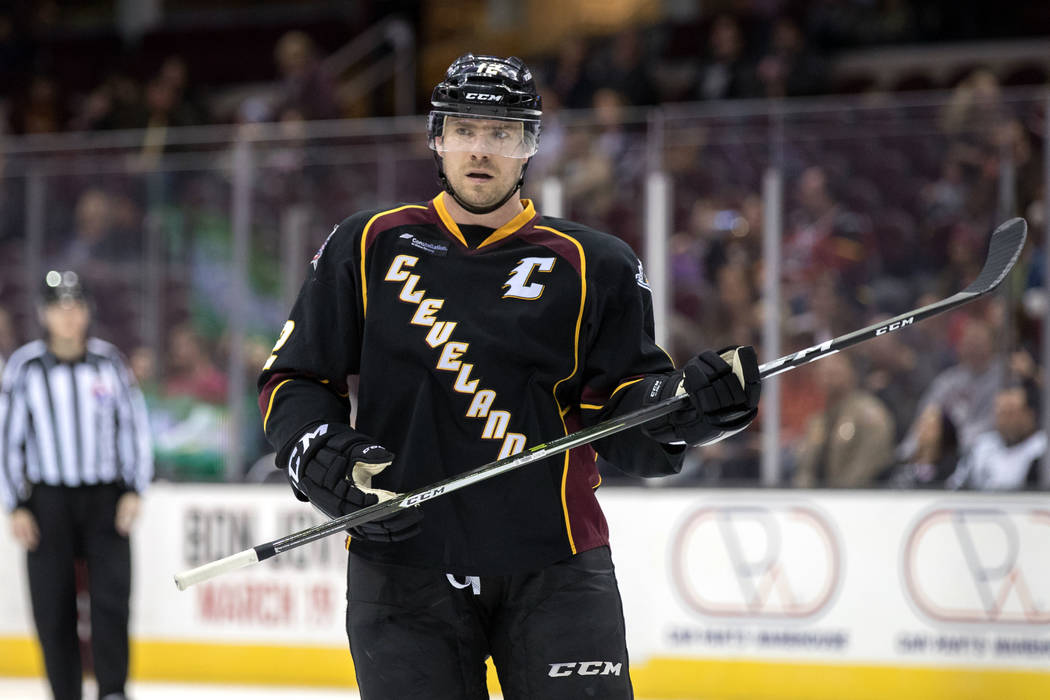 The team announced Friday it has hired Ryan Craig as an assistant coach, one day after Mike Kelly was named to the NHL expansion team’s staff.

“I like having guys who are young on the staff,” Gallant said. “Ryan’s just finished playing, so he can relate to today’s players. I haven’t assigned any roles yet, but I would imagine he’ll probably do a little bit of everything for us.”

Craig joins the Golden Knights after a 14-season career as a center, during which he played in 198 NHL games and 711 American Hockey League games.

The 35-year-old has ties to the Knights, having played for assistant general manager Kelly McCrimmon with the Brandon Wheat Kings during his junior hockey career. He also knows team president Kerry Bubolz from when Bubolz was president of the Cleveland Monsters and they won the 2016 Calder Cup championship.

“I’m very excited for this opportunity,” Craig said. “Twenty years ago, Kelly McCrimmon drafted me, and we’ve become very good friends over the years, and I’m looking forward to working with him again along with Gerard Gallant and Mike Kelly. I’ll do whatever is asked of me, and I’m sure I’ll learn a lot from them.”

Craig last played in the Columbus Blue Jackets’ organization, as captain of the AHL’s Monsters for the past two seasons. He was the captain for the 2015-16 championship team, and this past season he had 11 goals and 11 assists in 71 regular-season games.

He was selected by Tampa Bay in the eighth round (255th pick) in the 2002 NHL Draft. He played for the Lightning, Pittsburgh Penguins and Blue Jackets.

Gallant said there will be one more hire to the coaching staff. He said the team will use David Prior, the organization’s director of goaltending, as its NHL goalie coach.

“I don’t know David, but I know of him and I know he has a great knowledge of the position,” Gallant said. “I’m comfortable with that.”