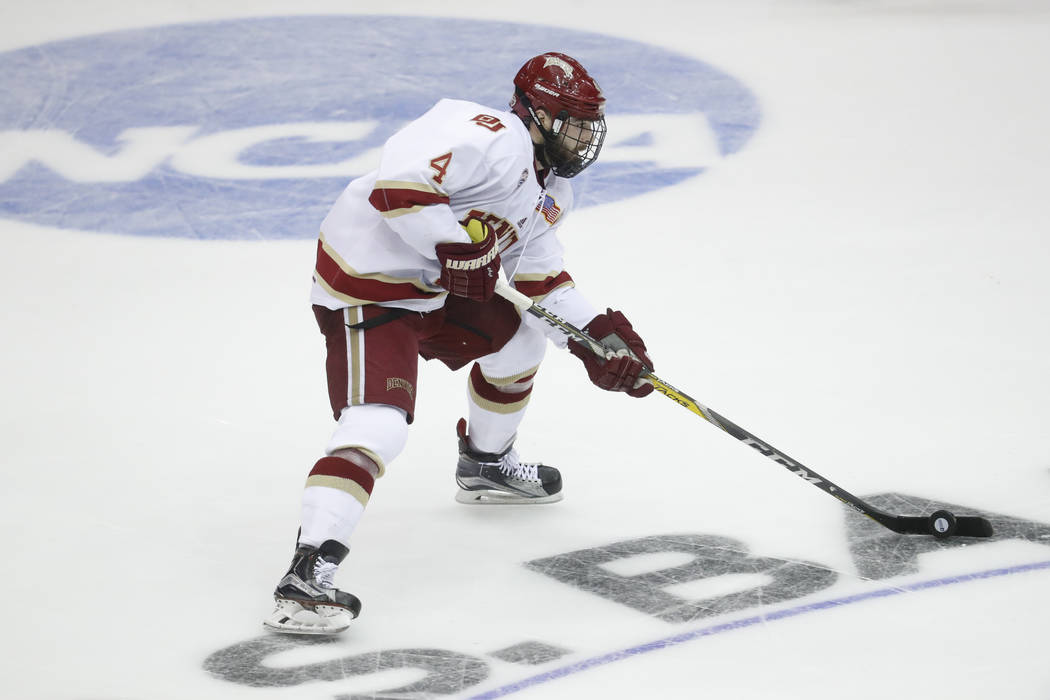 Denver's Will Butcher skates the puck up the ice in the second period during the midwest regional final of the NCAA college hockey tournament against Penn State, Sunday, March 26, 2017, in Cincinnati. Denver won 6-3. (AP Photo/John Minchillo)

The Golden Knights “painted an impressive picture” for college free agent Will Butcher during a phone call Thursday, according to his agent Brian Bartlett.

Butcher, a defenseman who won the Hobey Baker Award last season at Denver, became a free agent after turning down an opportunity to sign with the Colorado Avalanche, who selected him in the fifth round of the 2013 draft.

“The conversation went well,” Bartlett said in a text message. “The management was well prepared and painted an impressive picture of their plan and how a player like Will would fit into that.”

Butcher, 22, scored 37 points in 43 games in his final season with the Pioneers and led Denver to the national championship.

The Golden Knights have competition to sign Butcher; five teams reached out to Bartlett on his first day of free agency Wednesday, according to the Associated Press. Butcher’s decision likely will come down to what he sees as the best fit as teams are restricted to signing him to a two-year contract with a maximum $925,000 annual salary.

Bartlett said Butcher has talks scheduled with a few more teams but that the free agent process may be “winding down soon.”