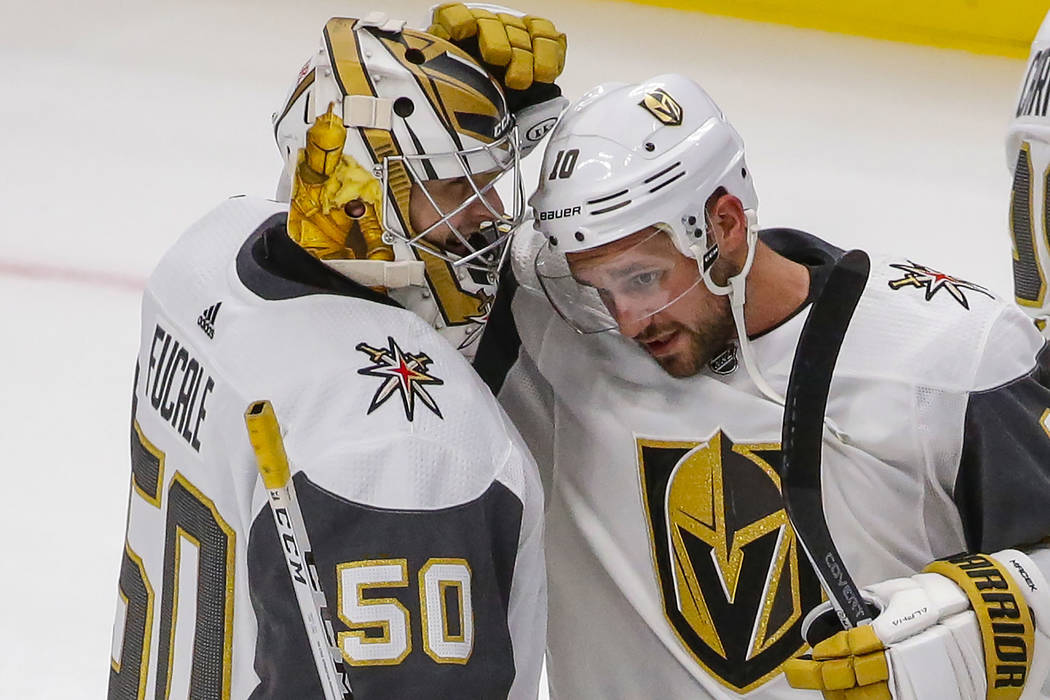 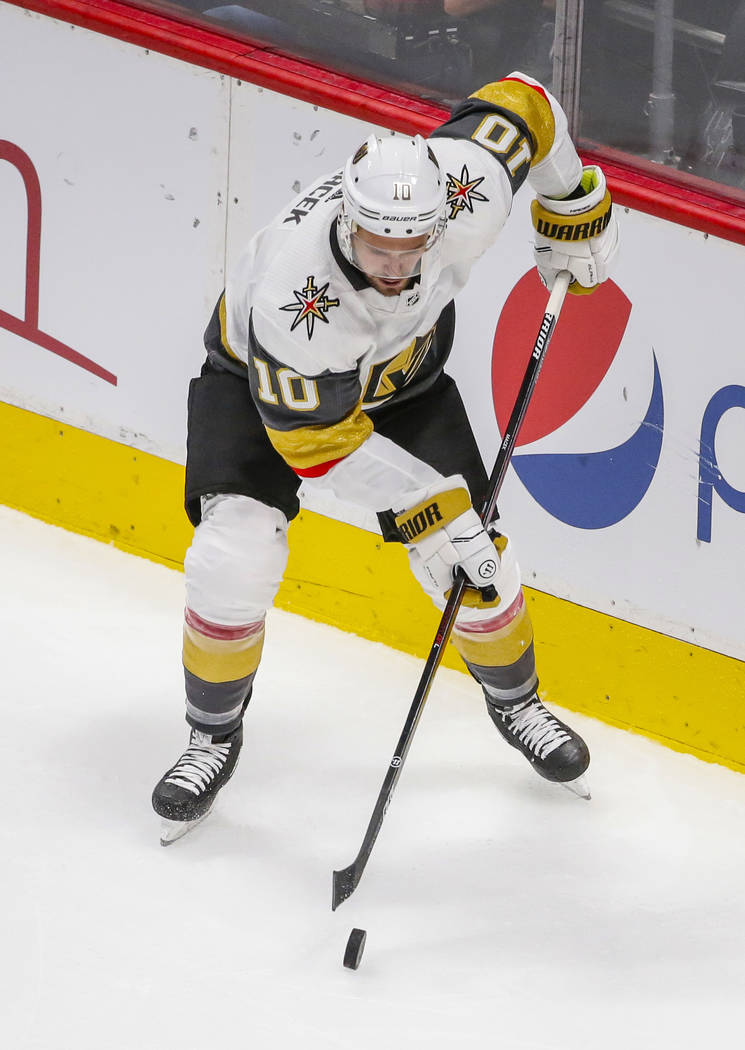 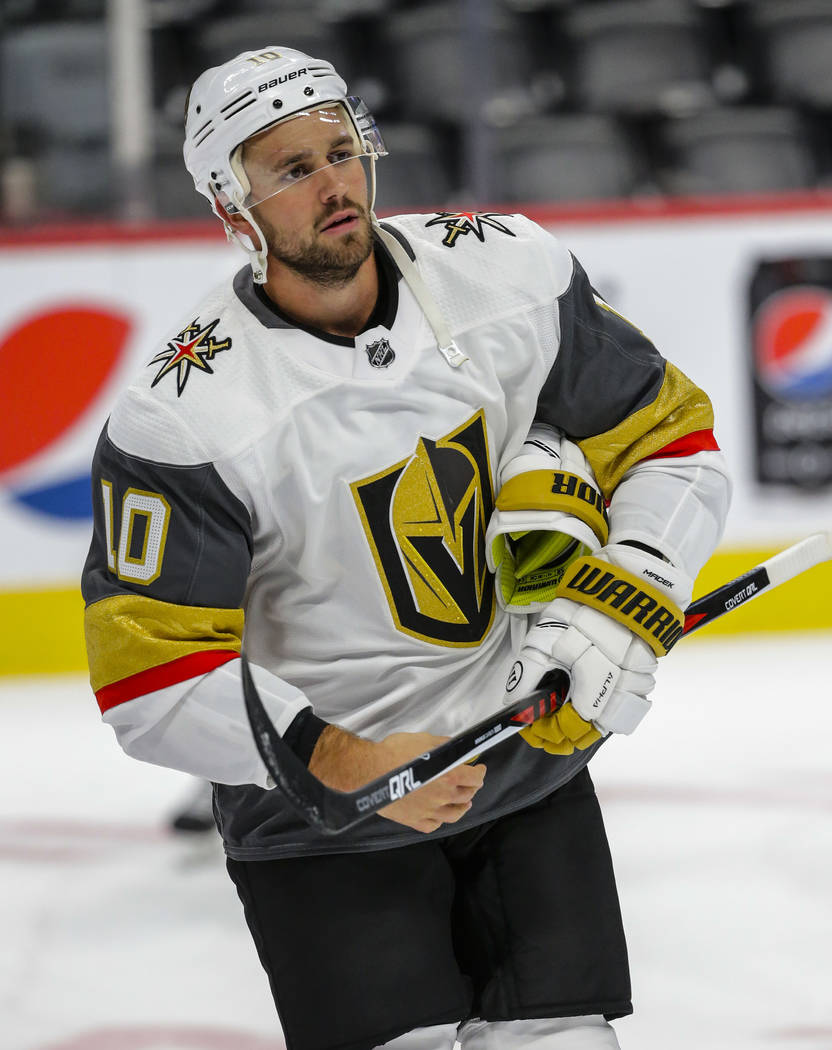 Macek never appeared for the Golden Knights after signing a one-year, two-way contract last June but was a key contributor for Chicago of the American Hockey League. He got off to a scorching start and finished the regular season with 26 goals and 34 assists in 64 games.

The 27-year-old was set to become an unrestricted free agent July 1.

Macek played the previous five seasons in the German League and holds dual citizenship with Canada. He won a silver medal with Germany at the 2018 Olympics in Pyeongchang, South Korea.

Wolves forward Tomas Hyka was rumored to have agreed to terms with KHL club Traktor Chelyabinsk, but Knights incoming general manager Kelly McCrimmon did not confirm his departure in an interview with the Review-Journal.

Hyka earned the first call-up last season after center Paul Stastny was injured but didn’t do enough to grab hold of a regular spot in the Knights’ lineup. The 26-year-old from the Czech Republic managed four points (one goal, three assists) in 17 games.

Hyka had 16 goals and 40 points in 43 regular-season games for Chicago and added 15 points (three goals, 12 assists) in 22 games during the Calder Cup playoffs.

He is set to become a restricted free agent with arbitration rights.

Golden Knights prospect Slava Demin was one of 44 players invited to the Team USA World Junior Summer Showcase from July 26 to Aug. 3 in Plymouth, Michigan.

The 6-foot-2-inch, 194-pound defenseman from Cypress, California, was drafted in the fourth round (No. 99 overall) in 2018 and will be a sophomore at the University of Denver.

He had four goals and 14 points with a plus-19 rating to help the Pioneers reach the Frozen Four.