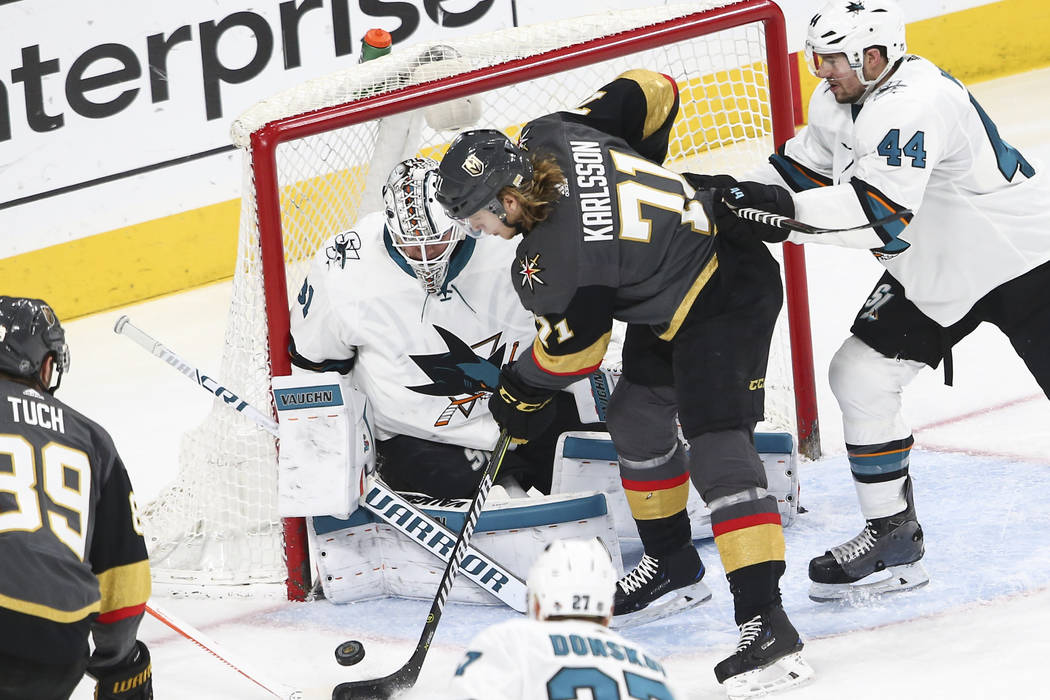 The NHL announced Tuesday its second-round schedule for the Stanley Cup playoffs, and Game 1 in the best-of-seven series begins at 7 p.m. Thursday at T-Mobile Arena. The game will be televised on NBC Sports Network.

The league has not revealed the remainder of the series schedule. But Game 2 is expected to be Saturday before the series shifts to San Jose for Games 3 and 4 at the SAP Center.

“I think both teams are in the same boat so it’s not like either team has an advantage,” Knights coach Gerard Gallant said. “We’ve been off one day more than San Jose, but I don’t think that’s a big deal. If they were playing with one day’s or two days’ rest, that might be different.”

The Knights swept the Los Angeles Kings 4-0 in the opening round while the Sharks did likewise to the Anaheim Ducks.

Tuesday’s practice was optional as Gallant continues to allow his players to rest for the upcoming series. The Knights had practiced last Friday and Saturday, took Sunday off, then worked out Monday.

“I like the way we’ve worked,” Gallant said. “We’re getting our work in, but everyone is having fun. You can see the smiles on their faces. We’ve been off for a while now and I think they’re ready to play games again.”

5
1 killed, several injured after stabbing in front of Strip casino