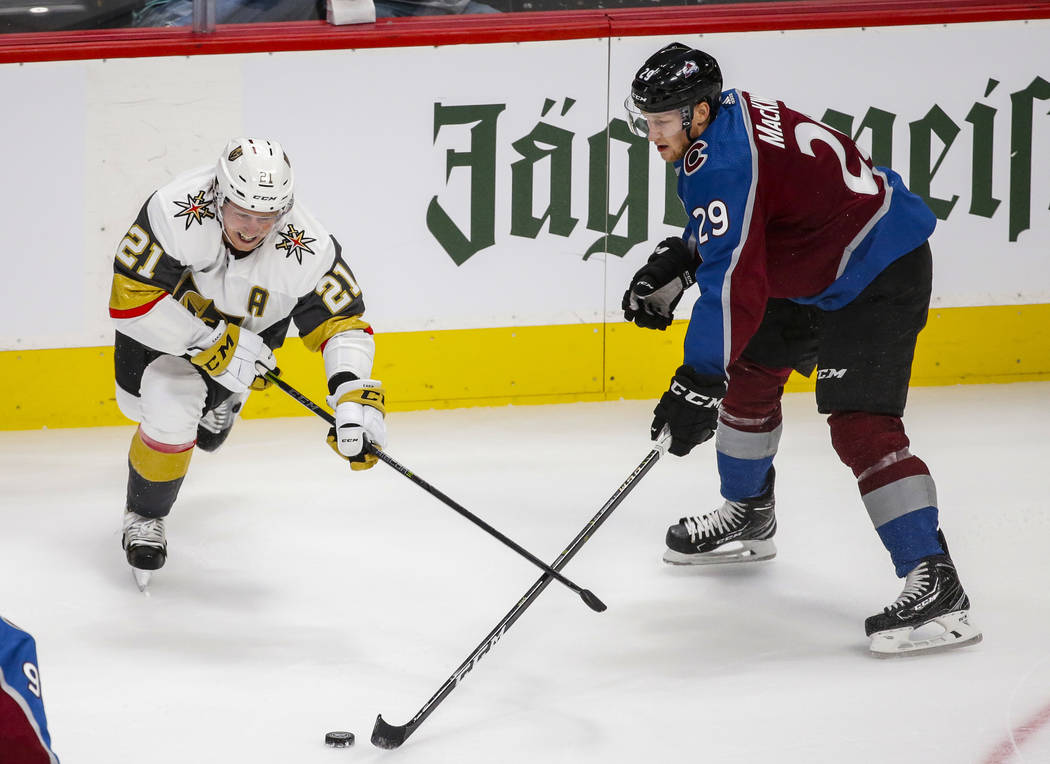 Center Cody Eakin was placed on the injured-reserve list, while forwards Daniel Carr and Curtis McKenzie were put on waivers, leaving the Knights with 13 active forwards ahead of Thursday’s season opener against Philadelphia.

Eakin has been out since Sept. 20 with a lower-body injury and returned to the ice Sunday for the Knights’ optional morning skate.

The team has not officially announced whether Eakin’s move to IR is retroactive to an earlier date.

Eakin is expected to miss the opener against the Flyers, and it is uncertain whether he will make the five-game road trip that starts Saturday at Minnesota.

The Golden Knights placed center Cody Eakin on IR, according to the NHL Media website. He's been out for more than a week with a lower-body injury. Final rosters are due at 2 pm PT Tuesday. #VegasBorn #rjnow pic.twitter.com/hUjY2ds3qH

Eakin appeared in one preseason game and had an assist in the Knights’ 5-1 victory at Colorado on Sept. 18.

Carr, who signed as a free agent after three seasons with Montreal, was an early surprise in training camp but couldn’t beat out Ryan Carpenter or Oscar Lindberg.

McKenzie did not appear in a game during the preseason after signing as a free agent. The rugged winger had 48 points in 51 games in the American Hockey League last season.

Winger Alex Tuch left Sunday’s preseason finale against San Jose in the second period with an undisclosed injury, but the moves to waive Carr and McKenzie indicate he will be healthy for opening night against the Flyers.