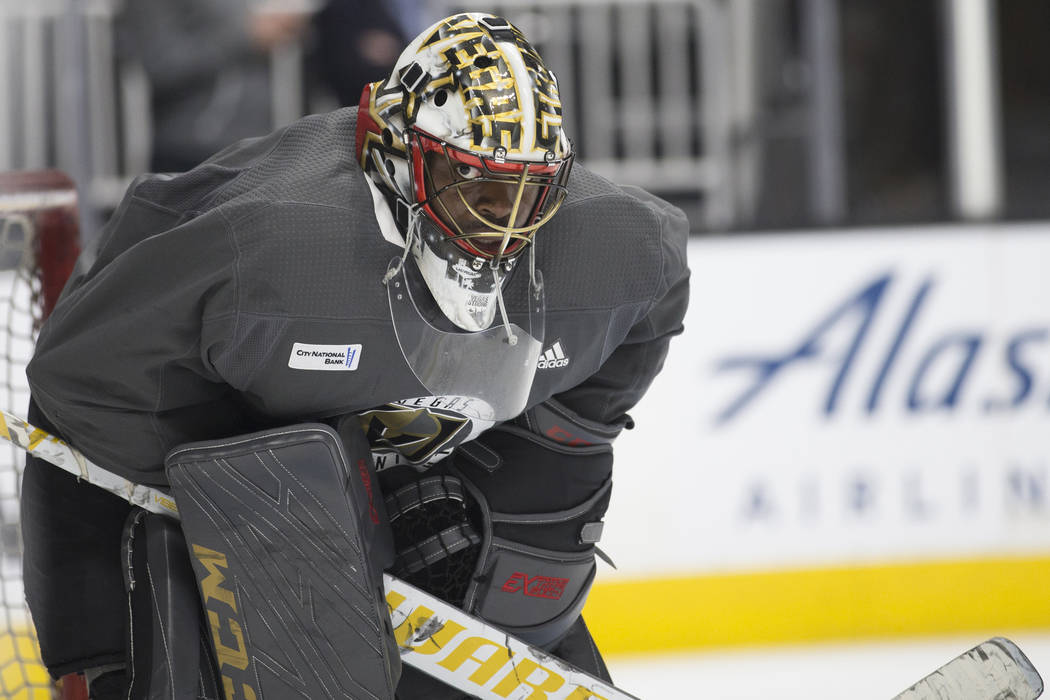 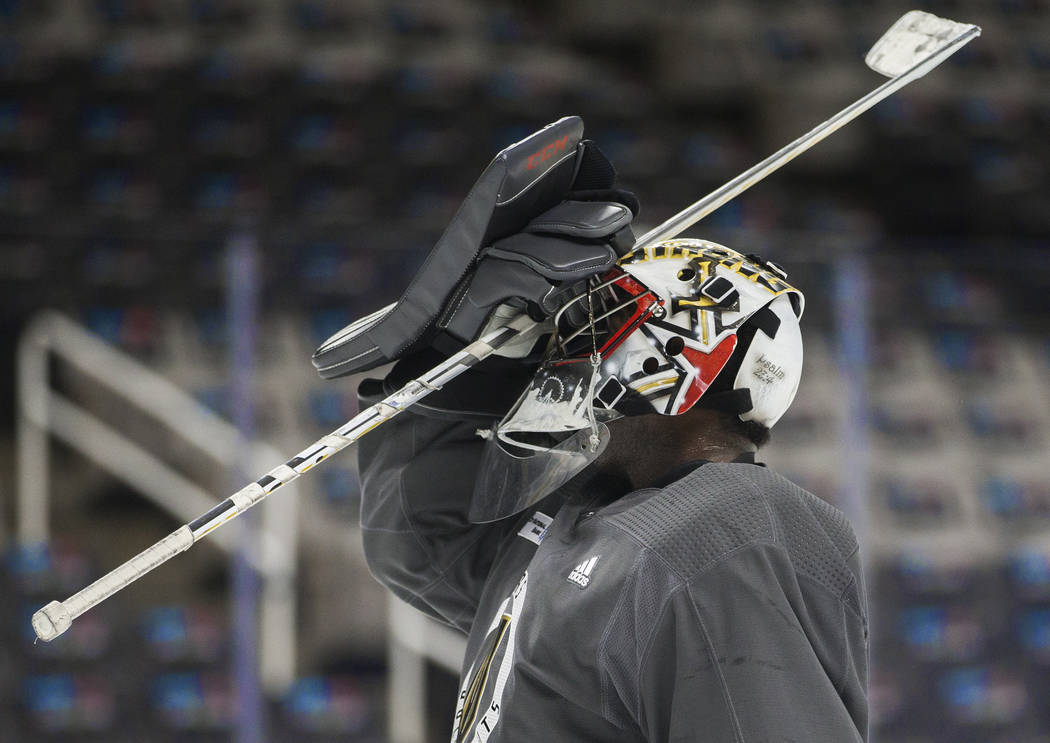 “It’s where I want to play right now and I love it there,” Subban said. “We have a good team, a good group of guys, good staff. Fans are unbelievable.

“It makes it pretty easy (for me to) want to stay.”

Subban, 25, went 8-10-2 with a 2.93 goals-against average and .902 save percentage in his second full NHL season. The Knights’ backup battled bouts of inconsistency while receiving sporadic playing time last year, but he likes the direction his game is headed with goaltending coach Dave Prior.

“My main focus was getting a deal done so I could stay here and continue to develop,” Subban said, adding his goals are to improve his quickness, positioning in net, endurance and puck tracking. “I feel that there’s not one area I’m perfect at.”

Subban’s new deal gives him a raise from his $650,000 salary on his previous two-year contract. It’s also $135,000 more than his qualifying offer this season.

The contract makes the 2012 first-round pick a restricted free agent with arbitration rights again next summer, according to the website CapFriendly.

“(Subban has) been a valuable contributor to our team over the last two seasons,” incoming president of hockey operations George McPhee said in a statement. “We are excited to continue to work with Malcolm and help him reach his full potential as an NHL goaltender.”

With Subban back in the fold, the Knights’ remaining tasks this offseason involve re-signing defensemen Deryk Engelland, Jake Bischoff and Jimmy Schuldt and making a decision on restricted free agent forward Nikita Gusev. The Knights have approximately $2.475 million of cap space left to play with.

Knights prospects Slava Demin and Isaiah Saville will participate in the 2019 World Junior Summer Showcase in Plymouth, Mich. from July 26 to Aug. 3.

The Knights announced Tuesday that they and the Vienna Capitals will host a hockey camp and coaching seminars in Vienna, Austria, from July 29 to Aug. 2.

The Knights and the Capitals formed a collaborative partnership in February, after defenseman Nate Schmidt spent time with the European team while serving his 20-game suspension for a violation of the NHL’s substance abuse program.