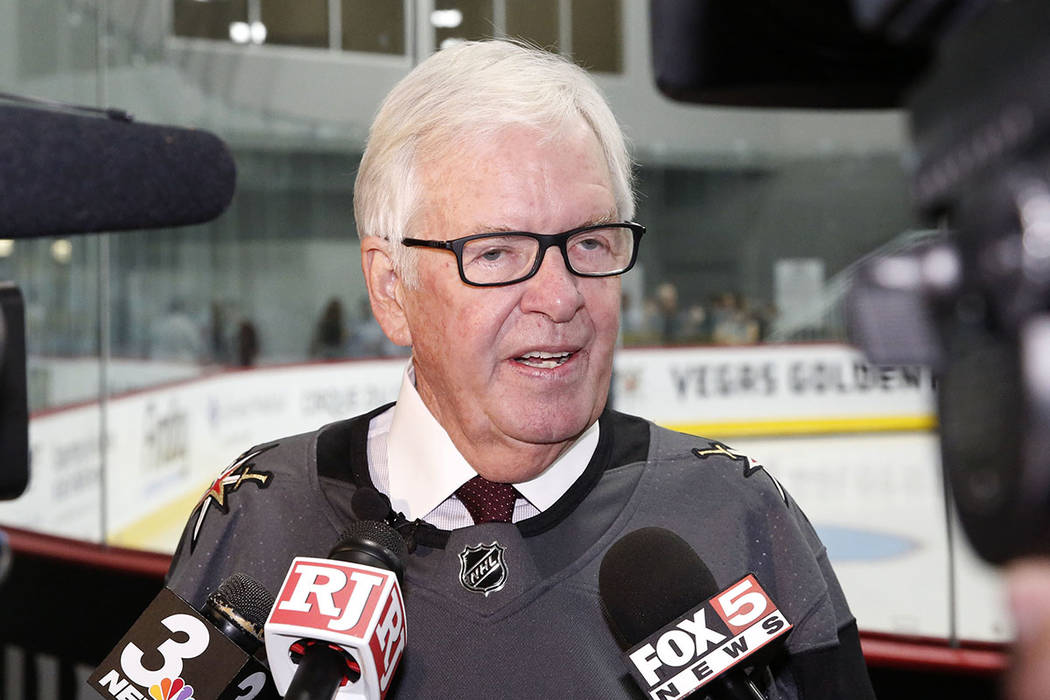 Then the shots came shortly after 10 p.m., and the carnage began a block away at Mandalay Bay.

In the wake of the events, which left at least 59 people dead and more than 525 injured at an outdoor country music concert, the city’s first major league professional sports team responded, releasing a statement at 9:22 a.m. Monday:

“We extend our thoughts, prayers and heartfelt condolences to the victims, their families and all those affected by the tragic events that took place on the Las Vegas Strip Sunday night. We are grateful for our city’s brave first responders, law enforcement and medical personnel and the courage they demonstrated under unimaginable circumstances. We join in our city’s mourning and offer our full support to the people of Las Vegas to help grieve, heal and persevere.”

Knights majority owner Bill Foley said: “This is a terrible tragedy. There’s no explanation for it. It’s horrible. Why would someone do something like this?

“But our organization will stand with the people of Las Vegas and give whatever support is needed.”

Golden Knights players went on social media to express their concern for the victims and praise for the first responders. Even several of the team’s draft picks, none of whom made the NHL roster, went on Twitter to show support for their future city.

The NHL Players Association also responded with a statement:

“The hockey community was first shocked and saddened by events that transpired in Edmonton this Saturday, only to have that feeling compounded by the ensuing tragedy in Las Vegas. The NHLPA offers its sincerest thoughts and condolences to all those affected.”

Foley said he spoke with NHL commissioner Gary Bettman on Monday morning, and Bettman said the league will provide whatever support is needed. He also said the team will make a donation toward relief for the victims. The amount of the donation was not disclosed.

The Knights had a FanFest scheduled for 6 p.m. Tuesday at the Fremont Street Experience to unveil their team mascots. That event was canceled, along with a couple of other public appearances this week.

“We need to give it some time for things to settle down,” Foley said. “We’re going to be respectful.”

The team opens its inaugural NHL season Friday at the Dallas Stars. The home opener is Oct. 10 against the Arizona Coyotes.

Foley said the team is working on honoring the victims and first responders at the first game.

All Vegas Golden Knights players and staff are accounted for and safe. pic.twitter.com/7Sy1YSk9pG

Our inaugural Fan Fest that was scheduled for tomorrow, however, is cancelled. pic.twitter.com/6cAxJalhBa

Our players will begin making appearances to show support for first responders and victims. Details will be confirmed Tuesday. pic.twitter.com/suszRfrk0U

The Vegas Golden Knights Foundation will be making a significant donation towards relief efforts. pic.twitter.com/kxhSINo1Z3