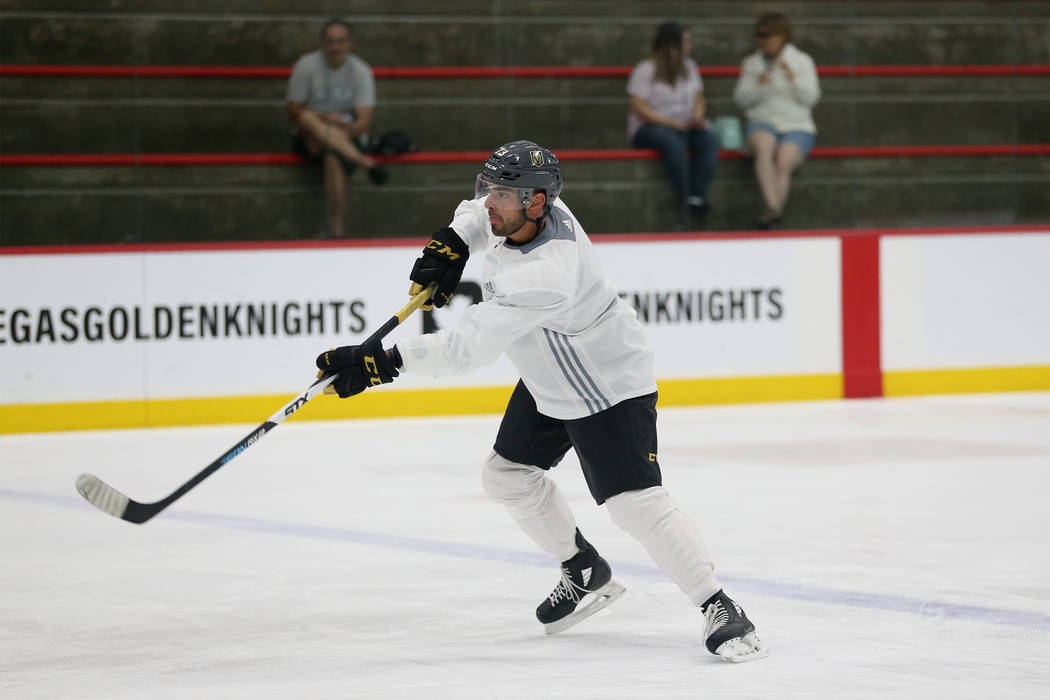 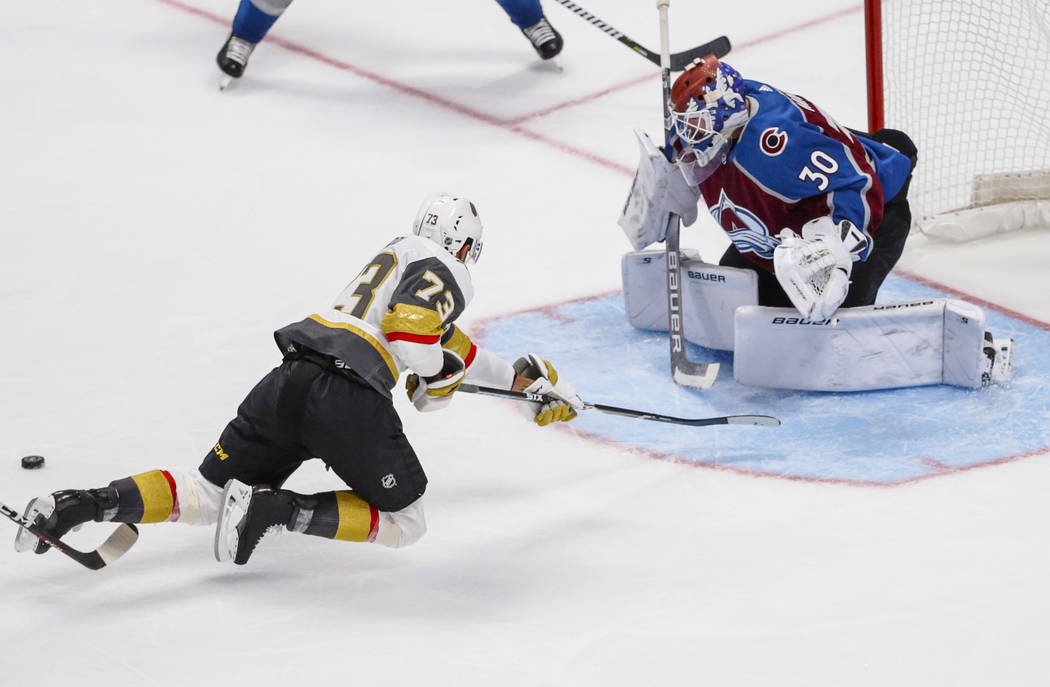 The plans were set. The babysitter was coming over. Brandon and Elyse Pirri were ready for date night.

Unfortunately for them, the Golden Knights had other plans. The team needed reinforcements with forward Max Pacioretty injured so Brandon Pirri wasn’t going out. He was going to the NHL.

“We were headed out and got the call saying, ‘Pack your stuff, your flight is in two hours,’ ” Pirri said.

Pirri, 27, made his flight from Chicago and was at practice Wednesday skating with the Knights’ second line. The team made his call-up from the American Hockey League official with practice winding down, and he’ll be expected to step in and provide scoring with Pacioretty on injured reserve.

“He’s a scorer. He’s got such a good shot,” center Paul Stastny said. “I think he knows he can give us the puck, find the open ice and we’ll get it back to him. I think when you play with a shooter like that it’s very easy because they have a good shot, but they also have that ability to find those quiet spots on the ice.”

Pirri’s offensive prowess has been on full display with the Chicago Wolves. He leads the AHL in points (41) and assists (24) through 28 games.

He’s shown he’s capable of doing so in the past, having scored 101 points in 228 career NHL games. Knights coach Gerard Gallant was on the bench for 101 of those games when he coached the Florida Panthers.

“He’s been real hot lately (in Chicago),” Gallant said. “I know Pirri from my days in Florida, and he can add some scoring. Obviously last game (a 1-0 loss at Columbus) we didn’t have any of that.”

“It’s going to be cool,” Pirri said. “I’ve never actually been on the ice there. During playoffs I was watching from up top, and it was pretty electric.”

The majority of the Knights roster will visit Summerlin Hospital Medical Center after practice Friday to deliver toys to young patients and participate in arts and crafts activities.

The NHL’s annual holiday roster freeze begins at 11:59 p.m. on Wednesday and lasts until 12:01 a.m. Dec. 28. Teams cannot trade, waive or loan players, though they can still make call-ups and claim players waived before the freeze.

Knights defenseman Colin Miller didn’t practice Wednesday with an undisclosed injury. The team said he was day to day.