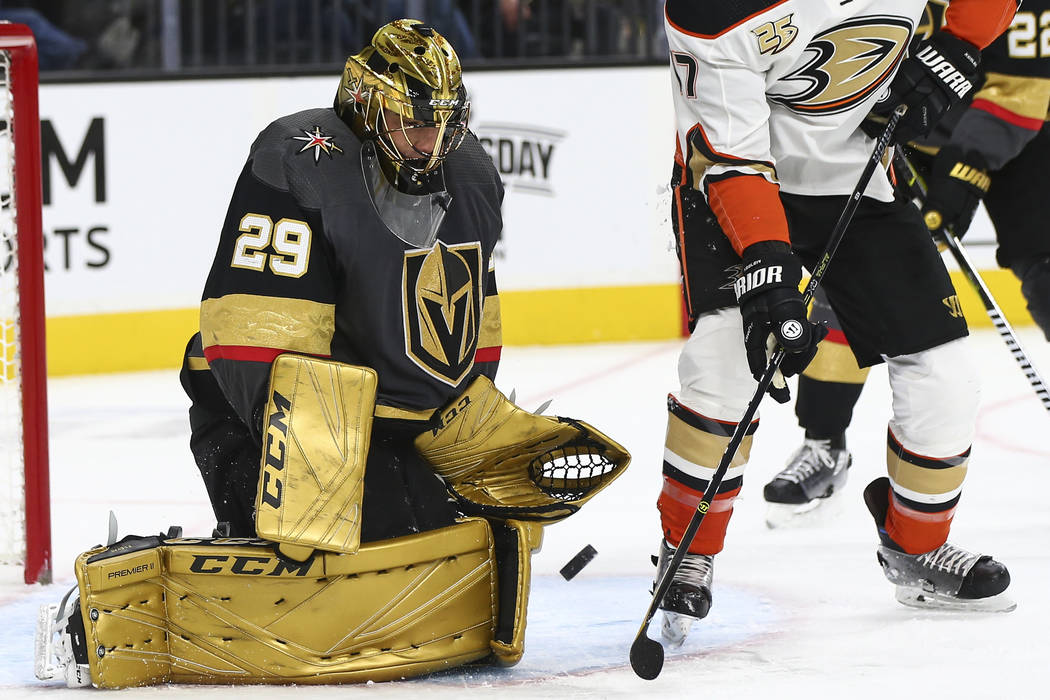 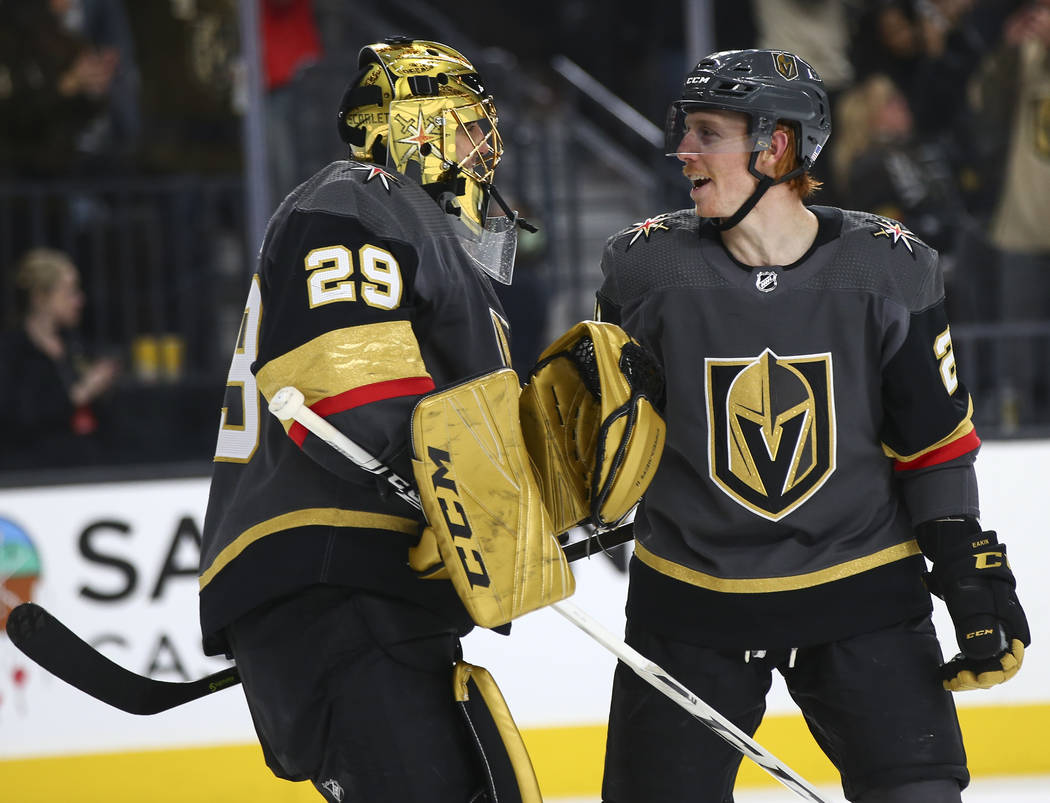 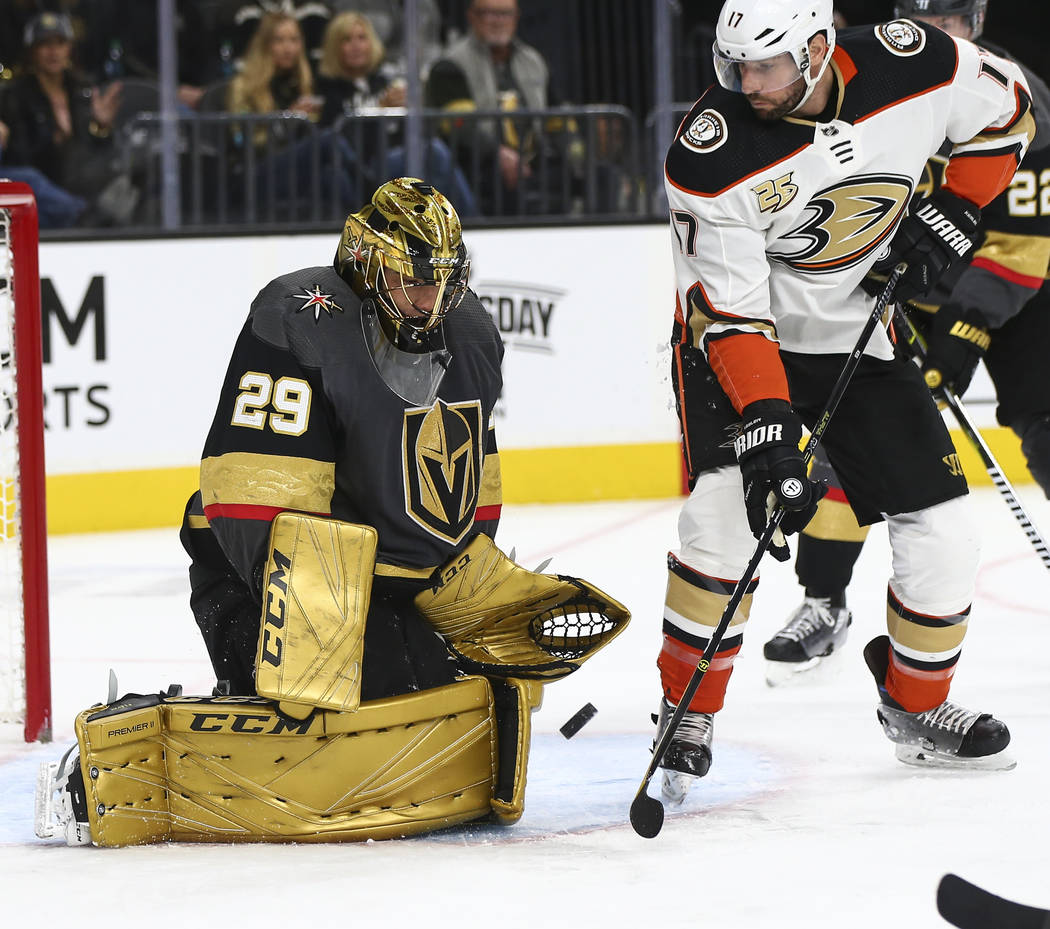 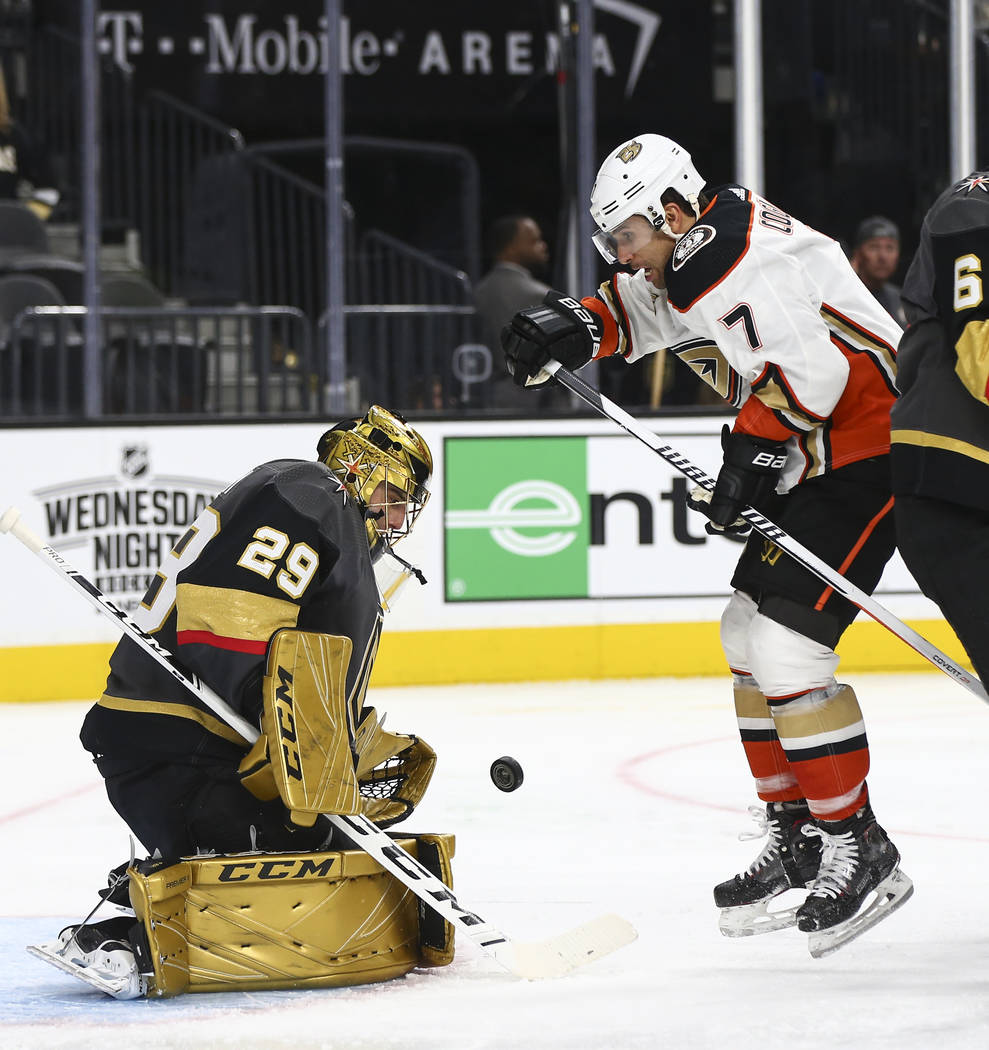 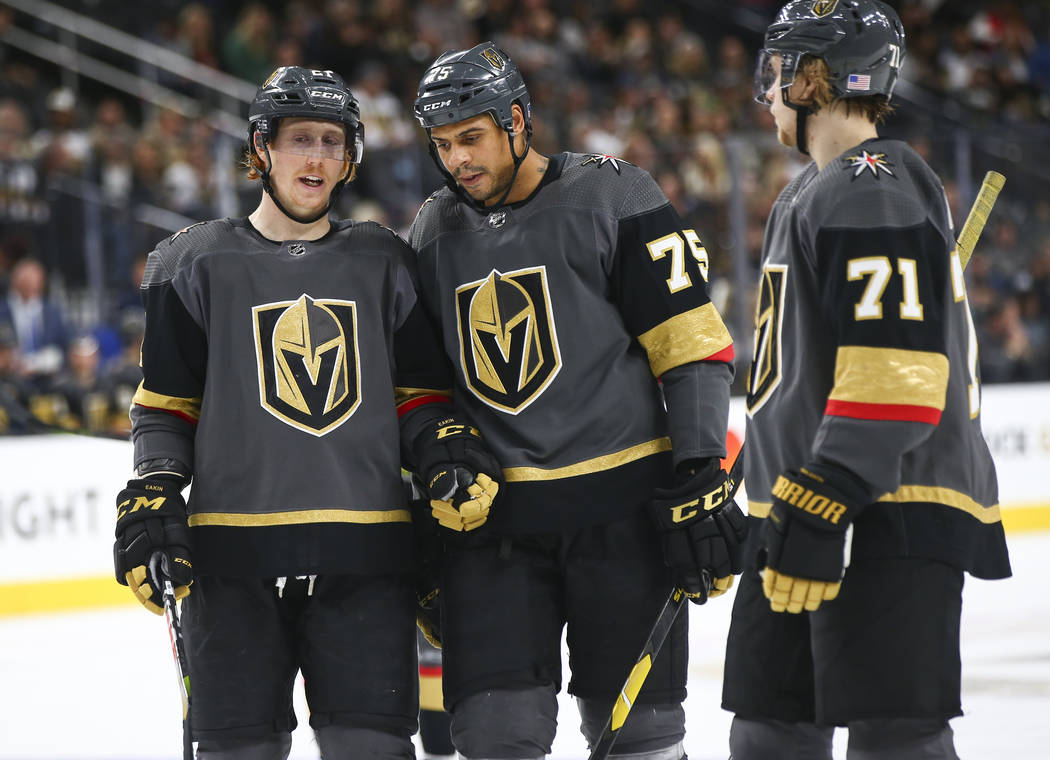 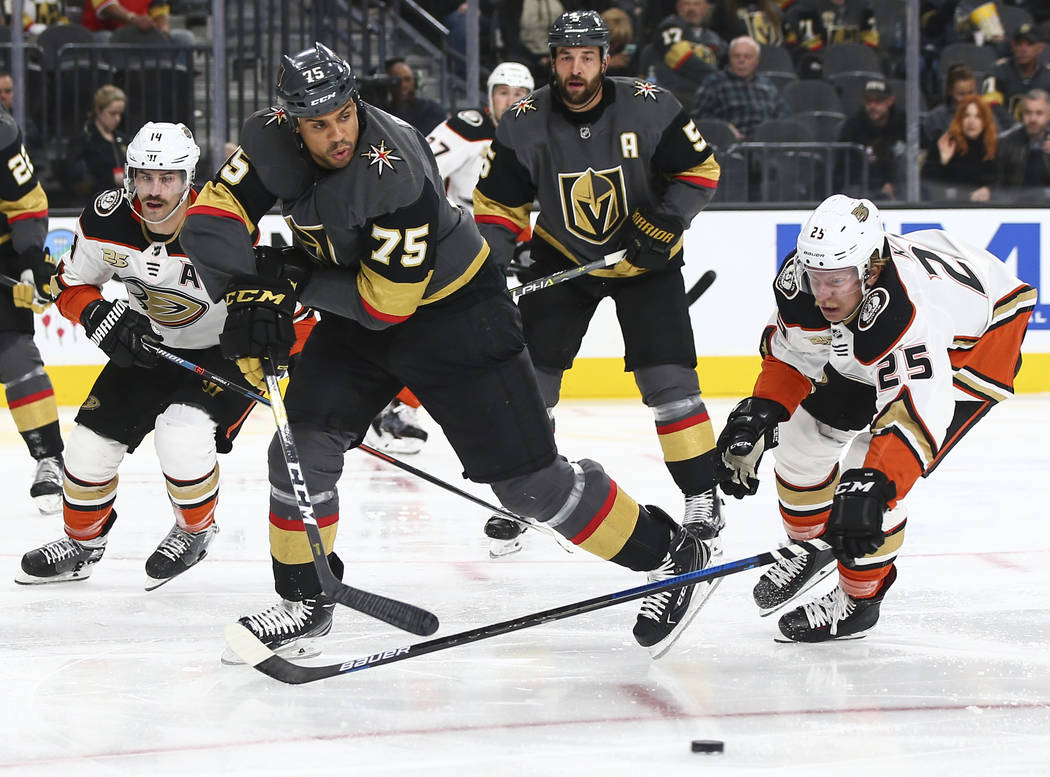 Ryan Reaves isn’t too proud to admit he is jealous of Marc-Andre Fleury.

The Golden Knights goaltender debuted his solid gold pads and matching helmet to much acclaim in Wednesday’s 5-0 victory over Anaheim at T-Mobile Arena.

All the while, Reaves has been itching to personalize his lid, too.

“Every day. I want to design my own helmet, absolutely,” Reaves said. “I’ll be bringing that up in the next (collective bargaining agreement), if I’m around.”

Reaves is intimidating enough for opposing defensemen without a flaming skull or sharp-toothed snake painted on both sides of his helmet. (Keep reading to find out what the rugged winger actually would put on his helmet if given the opportunity.)

But he was in the minority among his teammates, most of whom had little desire to mess with the traditional hockey uniform in the interest of self-expression.

“It’s fun for the goalies, but for us, I like that everybody looks the same,” forward Jonathan Marchessault said. “We look better like this. More professional.”

Added defenseman Colin Miller: “Goalies are on their own page with that kind of stuff.”

Fleury is fresh off his NHL-best third shutout and expected to wear his new gold gear against St. Louis on Friday at T-Mobile Arena.

For skaters such as Reaves, though, the thought of wearing a helmet with a personalized paint job is largely frowned upon.

“Obviously we understand that goalies have to put stuff on their helmet, but I think hockey’s a sport where you don’t really want to do something different from your teammates,” forward Max Pacioretty said. “It’s almost like an old-man’s league in a sense where there’s a history, a little bit of a secret code. You don’t really want to one-up each other, and if you change the wheel too much …”

NHL Rule 9.6 states that all players must wear a helmet of “design, material and construction approved by the league at all times while participating in a game.”

In some European hockey leagues, the top scorer is identified with a special jersey and helmet.

“Yeah, that wouldn’t fly over here,” Pacioretty said. “I’m sure we’ll get advertisements long before we get custom helmets.”

But there is no rule requiring a helmet in warmups, possibly providing Reaves a loophole.

The skates included St. Basil’s Cathedral and the Russian flag on one boot, and the U.S. Capitol and the American flag on the other.

At the time, Ovechkin said he wanted to wear the skates during the game, but was not permitted to by the league.

Reaves could come up with a similar idea for a pregame bucket.

NHL deputy commissioner Bill Daly did not respond to an email Thursday asking whether the league has discussed with the NHLPA allowing skaters to paint or personalize his helmet to wear in practice or warmups.

Defenseman Jon Merrill was one the few players who didn’t completely dismiss Reaves’ idea and said his helmet would be painted with a rock music theme if permitted.

Reaves said his first helmet design would feature Jack Skellington from the 1993 film “The Nightmare Before Christmas.”

“I’m a big fan of that movie. I have him tattooed on my arm,” Reaves said. “I’m a big Disney guy, so you might see some cool Disney stuff on there.”