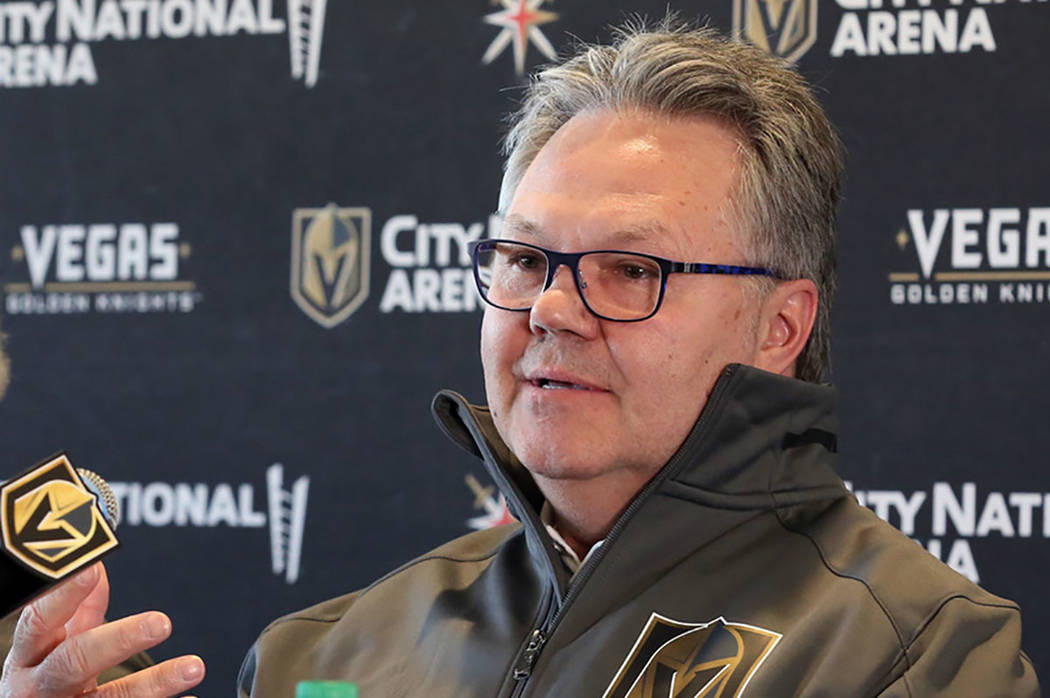 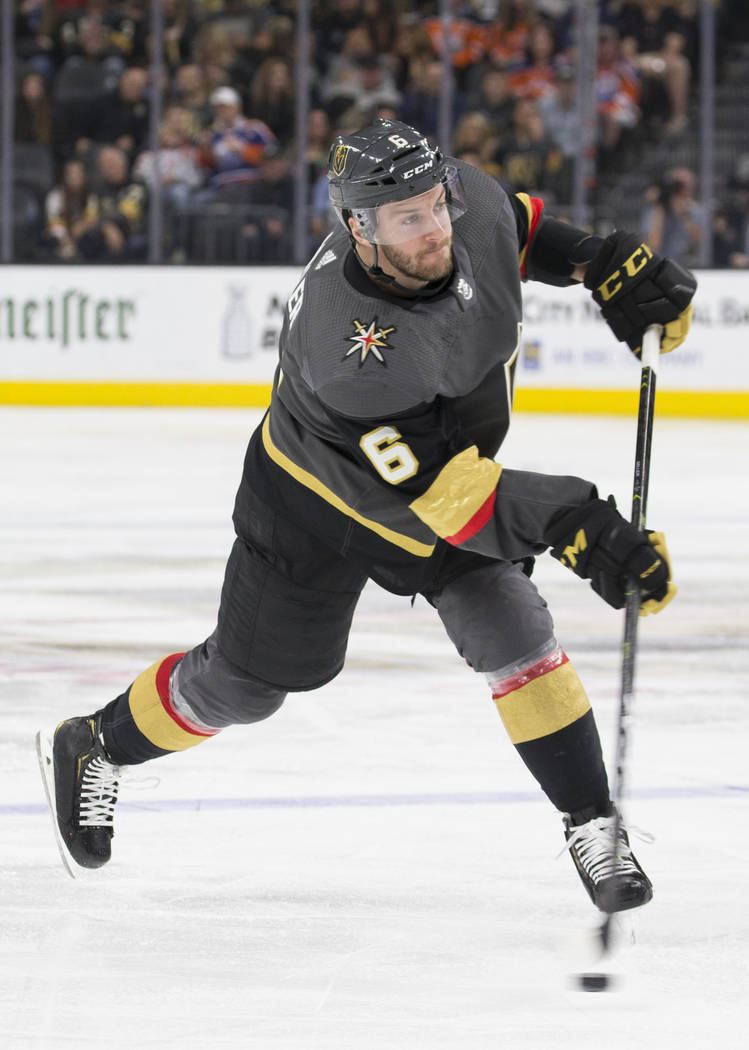 To those not schooled in the nuances of the salary cap — in other words, most people — the Golden Knights’ current situation appears to be problematic.

Kelly McCrimmon happens to know a lot about the cap. And the incoming general manager is less worried than Alfred E. Neuman.

“We’re comfortable, and it’s manageable,” McCrimmon said following the NHL draft Saturday in Vancouver, British Columbia. “Every team has things to work through, and we’re no different.”

With center William Karlsson on the verge of signing an eight-year deal that a source confirmed Sunday will have a $5.9 million annual average salary, the Knights took care of their No. 1 offseason priority.

Now, McCrimmon and incoming president of hockey operations George McPhee can get to work on putting the club in compliance with the $81.5 million upper limit.

“The next 48 hours, those are the things that we’ll talk about,” McCrimmon said Saturday. “There’s a lot that goes on this week and yet, it’s impossible and probably not even healthy, arguably — your focus is on the draft. That’s such a critical event for all teams.

“With that behind us, we’ve got development camp that begins (this) week, and we can certainly work simultaneously. We’ll have our pro staff in Vegas. Our management will be in Vegas, and we’ll get going on that coming right up.”

Counting Karlsson’s contract, the Knights are approximately $7.525 million over the salary cap — teams are allowed to exceed the cap by 10 percent during the offseason — with $89.025 million committed to 13 forwards, six defensemen and one goaltender for the upcoming season.

Sources at the draft confirmed the Knights were trying to shed Clarkson’s contract but balked at the asking price, and defenseman Colin Miller ($3.875 million cap hit) also reportedly remains on the trading block.

Subtract another $1.425 million if McKenzie and Zykov eventually go on waivers and the situation isn’t quite as bleak as it appeared, with a little more than $3 million in cap space for five remaining roster spots.

“We’ve talked to teams all along,” McCrimmon said of potential trades. “I think all 31 teams have done that, and we’ll continue to do that. That’s just part of our business.

“You go through the critical dates at this time of year. You’ve got the draft, which of course is a really important event for all teams. And now we’ve got the week leading into free agency. Those are all the times of year where discussions will continue, and we’ll see where they go.”

Barring a major trade, the Knights’ top six forwards are all under contract, and the third line is shaping up as a competition between Cody Eakin, Erik Haula, Alex Tuch and restricted free agent Nikita Gusev. William Carrier, Ryan Reaves and RFA Tomas Nosek could make up the fourth line.

The Knights still wouldn’t be under the cap in that scenario, but they’d be closer. And that’s why McCrimmon’s sense of calm about the matter starts to make more sense.

“That’ll all come clear,” McCrimmon said. “I think the presence of the salary cap will influence a lot of activity that goes on in the next couple of weeks, right through free agency, let’s be honest.”