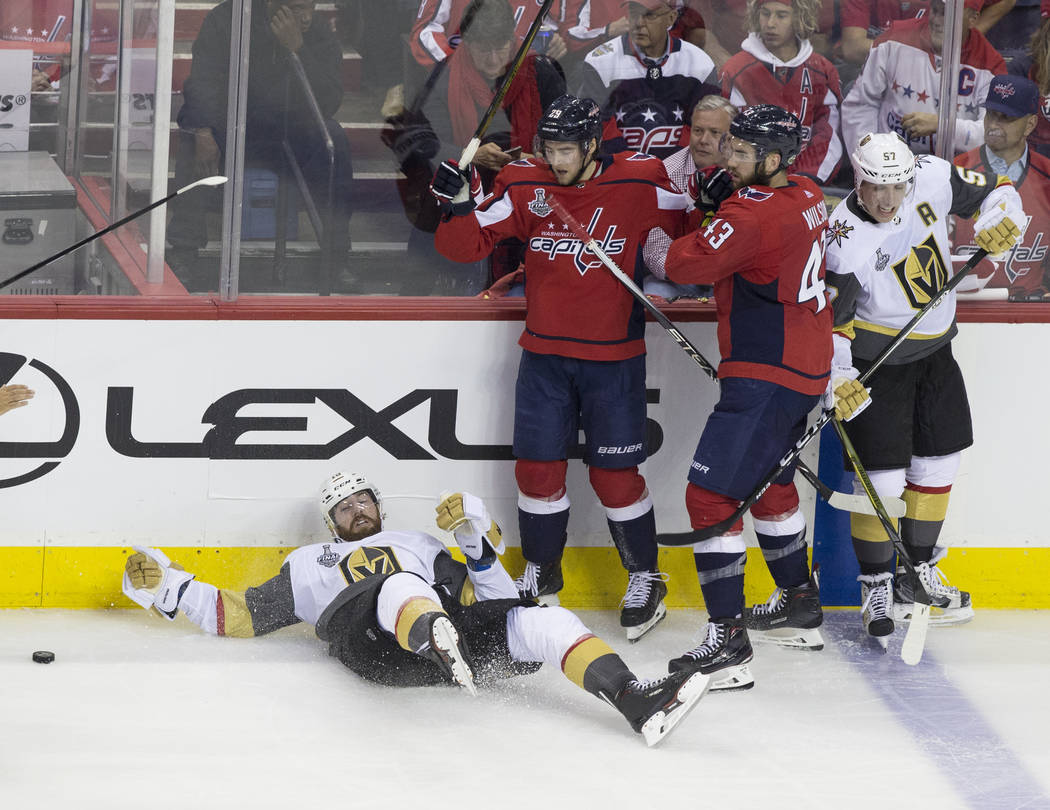 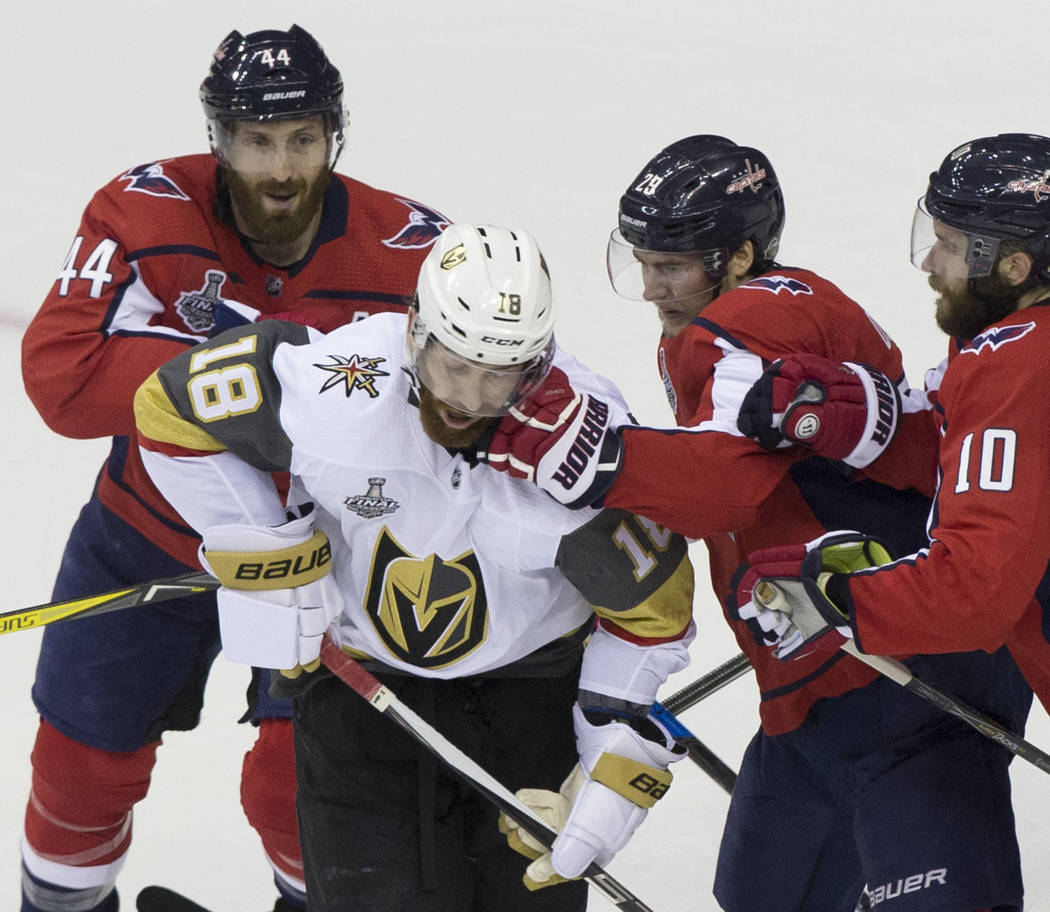 ARLINGTON, Va. — James Neal didn’t hold back in his assessment of his line’s performance following the Golden Knights’ loss in Game 3.

“Our line needs to be better for us to have success,” he said. 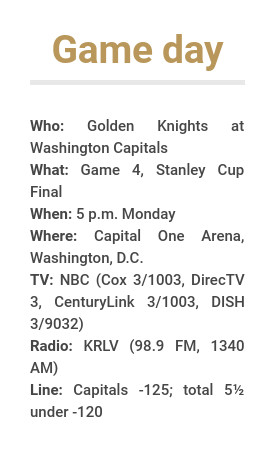 The Knights’ forward depth was a hallmark of their success during the regular season and first three rounds of the postseason.

But aside from the fourth line’s contributions against Washington, the Knights enter Game 4 of the Stanley Cup Final desperately searching for secondary scoring.

Opening faceoff is set for 5 p.m. Monday at Capital One Arena in Washington.

“We need more from our other players,” Knights coach Gerard Gallant said during an off-day news conference. “Like I said, the (William) Karlsson line is the line that makes our team run, but we need more people stepping up and trying to score goals.”

The Knights’ second line of Neal, Perron and center Erik Haula have been conspicuously absent through the first three games of the best-of-seven series that Washington leads, 2-1.

The trio, which played together most of the regular season, was reunited prior to Game 2 and have produced one point (Neal’s goal in Game 2) to go with a combined minus-7 rating in the past two games.

They were on the ice for all three Washington goals in Game 3 and saw their ice time cut significantly by Gallant.

“We just weren’t good enough,” Neal said Saturday night. “That’s our line, for sure. A lot to blame. We were on the ice for every goal, so we’ve got to be better. We’re a veteran line and we’ve been in this situation before.”

Haula registered two shots on goal Saturday, while Neal and Perron each were held without a shot on goal. Haula, who produced a career-high 29 goals in the regular season, hasn’t scored since May 4, a span of nine games.

“When Erik plays well, he’s really fast,” Gallant said. “He’s one of the best skaters on our team and in the league. He’s real quick and fast, and he’s got to get a little bit more inside. When he wants to play well and he competes real well, he’s using his speed and using his talent.”

Perron said he and his linemates have been guilty of trying to do too much in the neutral zone against Washington’s 1-1-3 scheme rather than chipping pucks deep to set up their forecheck.

That has fed Washington’s transition and led to several odd-man rushes for the Capitals.

“I’m sure everyone can play more simple,” Perron said. “But as a line, for us, we’re offensive guys, and if there’s a play, we need to execute. We made it up to this point because we executed all year, and we’ve got to do it again.”

The Knights’ lack of scoring depth — fourth-line wing Tomas Nosek leads the Knights with three goals in the series — is magnified by the fact Washington has received scoring throughout its lineup.

But the second line is not alone in its offensive struggles.

The No. 1 line of Karlsson, Reilly Smith and Jonathan Marchessault was held off the scoresheet in Game 3. Third-line forwards Cody Eakin, Alex Tuch and Ryan Carpenter don’t have a point in the series.

“We’ve got to find a way as depth lines to produce and get some offense,” Carpenter said. “We’ve just got to find a way to create momentum, even if you’re not putting pucks to the net. Have positive shifts and more zone time and hold onto the pucks.”

Gallant said he and his staff are considering changes to the lineup for Game 4.

Tuch could return to the second line in place of Perron. And inserting 20-goal scorer Tomas Tatar for Carpenter, or possibly Perron, is another option for Gallant.

“In the Winnipeg series, a lot of people counted us out after that first game and we battled back,” Gallant said. “Today’s a different series, and Washington is a different team. Washington is working hard, they’re competing real hard. They’re playing great hockey right now, so we’ve got to step up our game.

“In the three games, we haven’t been good enough. And if we don’t step up our game, the same result is going to happen tomorrow night. We’ll see what we’re made of.”