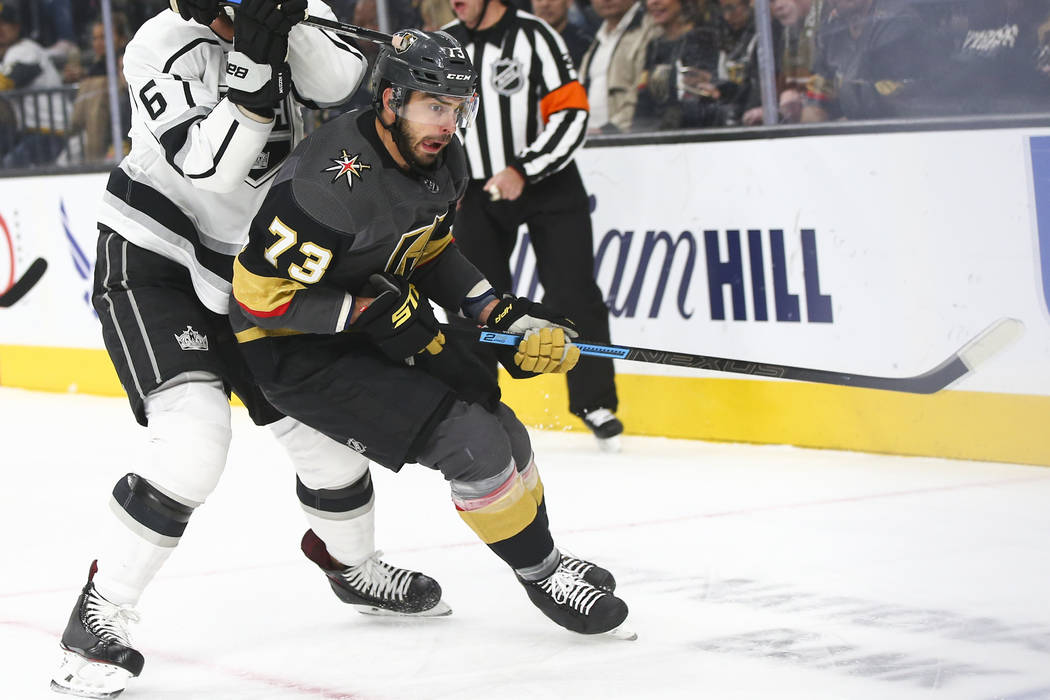 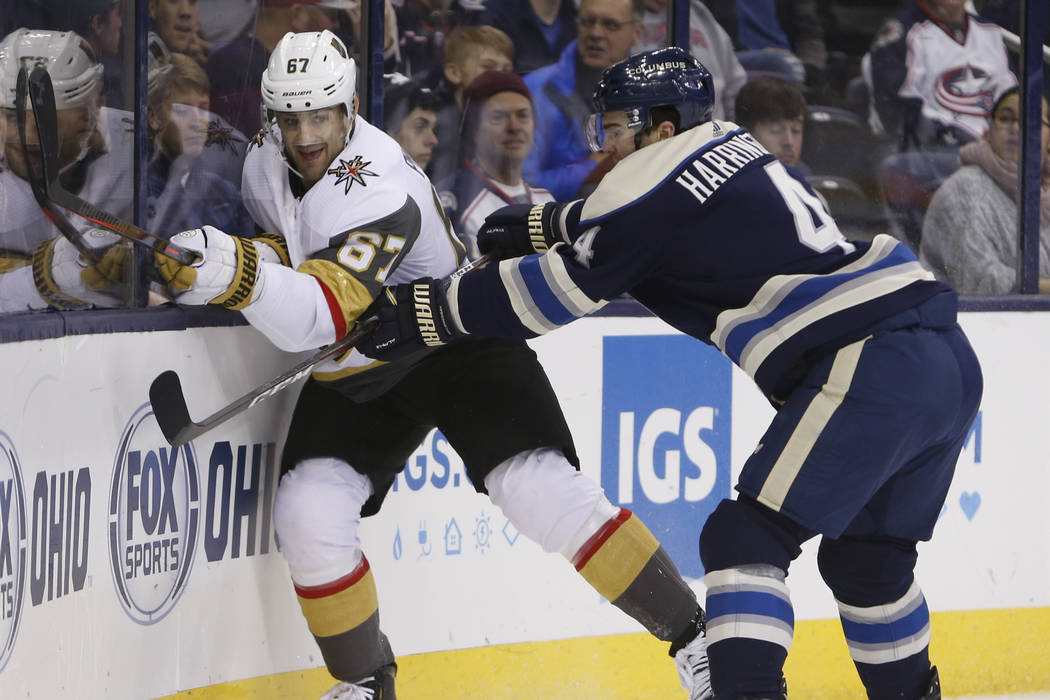 Golden Knights forward Brandon Pirri is headed back to Chicago.

Pirri was reassigned on Friday to the Knights’ affiliate in the American Hockey League to make room on the roster for Max Pacioretty, who returned from injured reserve.

Pacioretty was in the lineup against the Anaheim Ducks on Friday at Honda Center.

Pirri, 27, had six goals and three assists in seven games for the Knights after he was called up Dec. 19.

“We made the decision to reassign Brandon Pirri, which allows us to protect our roster to the best of our ability and gives us some time to make further decisions,” Knights assistant general manager Kelly McCrimmon said. “We’re extremely pleased with how well Brandon played for us in his seven games. We fully intend to bring him back when we can create room.”

There never has been a question about Pirri’s offensive ability. He led the AHL in points when he was called up to the Knights.

“We were very pleased with his time with us, as was the coaching staff,” McCrimmon said. “He made a great impression, not just in terms of his production with the six goals, but also his overall game was at a higher level. That’s what gives us the comfort he’s going to continue to be a good NHL player. He’s a talented player. He can score, but he has taken steps in other areas of his game that I think have served him really well.”

Pirri has been through the process before. He has spent parts of nine NHL seasons with five franchises.

“I thought Brandon handled it extremely well,” McCrimmon said of the news. “Very professional, very mature and very genuine. We spoke with Brandon yesterday and again today. We were completely open and honest and transparent in terms of the thought process and the motivation for the decision we made and were also open and transparent about the fact he will rejoin our team as soon as we’re able to bring him back.”

Pacioretty had been out since suffering a lower-body injury Dec. 17. He has 10 goals and nine assists in 30 games entering play Friday.

“It didn’t end until June last year,” he said. “I hope it doesn’t end at all. I think it’s just more hitting our stride and finding that mentality we’ve had in this locker room again that we’re in every game no matter what and as long as we play our style, it’s going to be tough for teams to beat us. We’ve found that mentality in the last couple weeks, and it’s going to be tough to crack us because that’s the way we want to play.”

Schmidt played in his 100th game with the Knights on Friday.

Other Pacific Division teams are starting to notice that the Knights, who won the division last season, are rounding into form.

“They’ve got their game rolling, and they’re feeling pretty good about themselves,” Anaheim coach Randy Carlyle said before the game. “They’re playing more to their template of what they were playing to last year.”