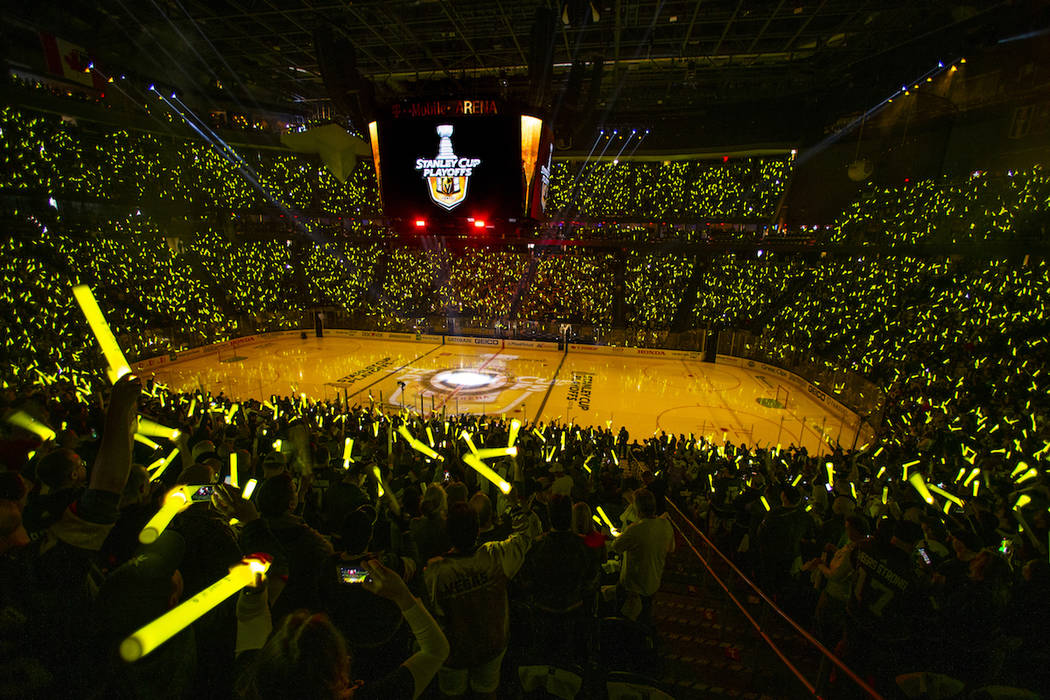 If you’re planning to purchase a last-minute ticket to tonight’s Golden Knights game against the San Jose Sharks, get ready to shell out a pretty penny.

Tickets to Tuesday night’s Game 4 of the Knights-Sharks Stanley Cup playoff series in Las Vegas are the most expensive of the NHL week, according to secondary ticket marketplace TickPick.

The website notes that Knights-Sharks Game 4 tickets have an average purchase price of $307, with the cheapest ticket available at $194 (all-in pricing). By comparison, the cheapest game of the week, Thursday’s Game 5 of the Pittsburgh Penguins-New York Islanders series (if necessary) is $91.

Tickets to tonight's Golden Knights-Sharks game are really expensive according to this press release from @TickPick. #VegasBorn pic.twitter.com/UbRVQfaEHx