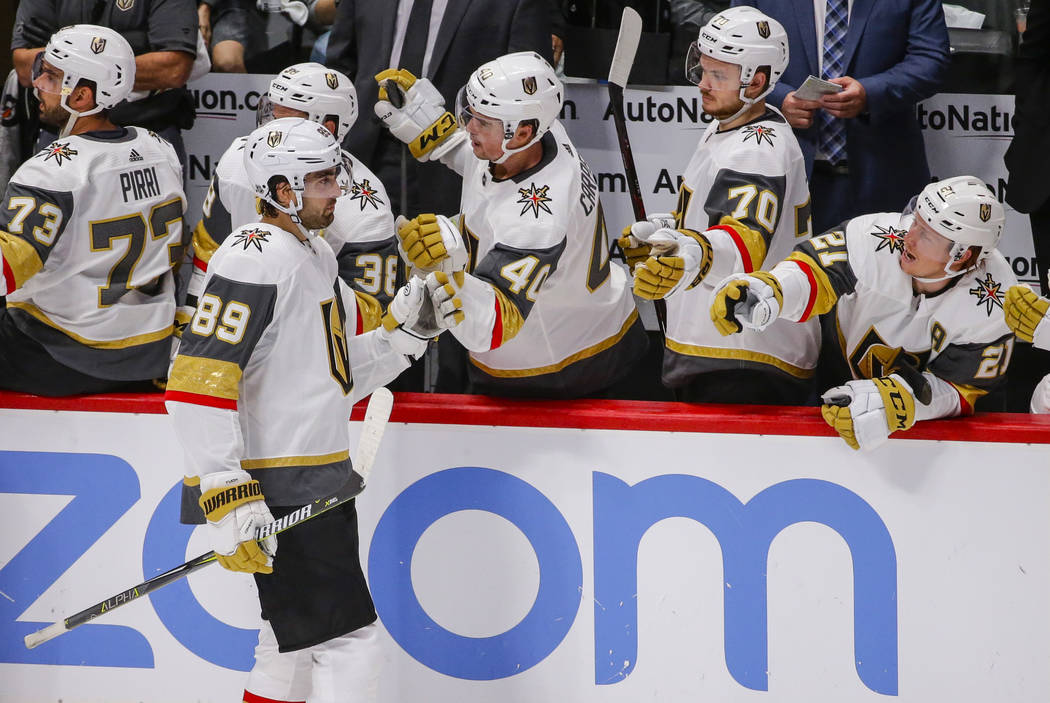 Vegas Golden Knights right wing Alex Tuch (89) celebrates a goal against the Colorado Avalanche with teammates on the bench during the second period of a preseason NHL hockey game Tuesday, Sept. 18, 2018, in Denver. (AP Photo/Jack Dempsey) 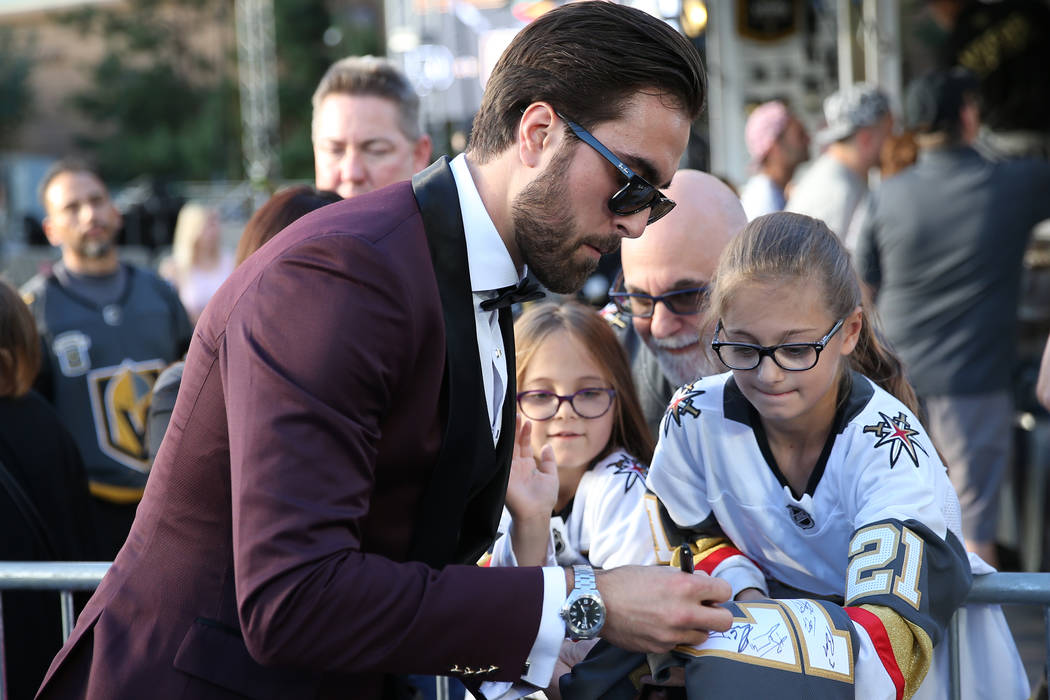 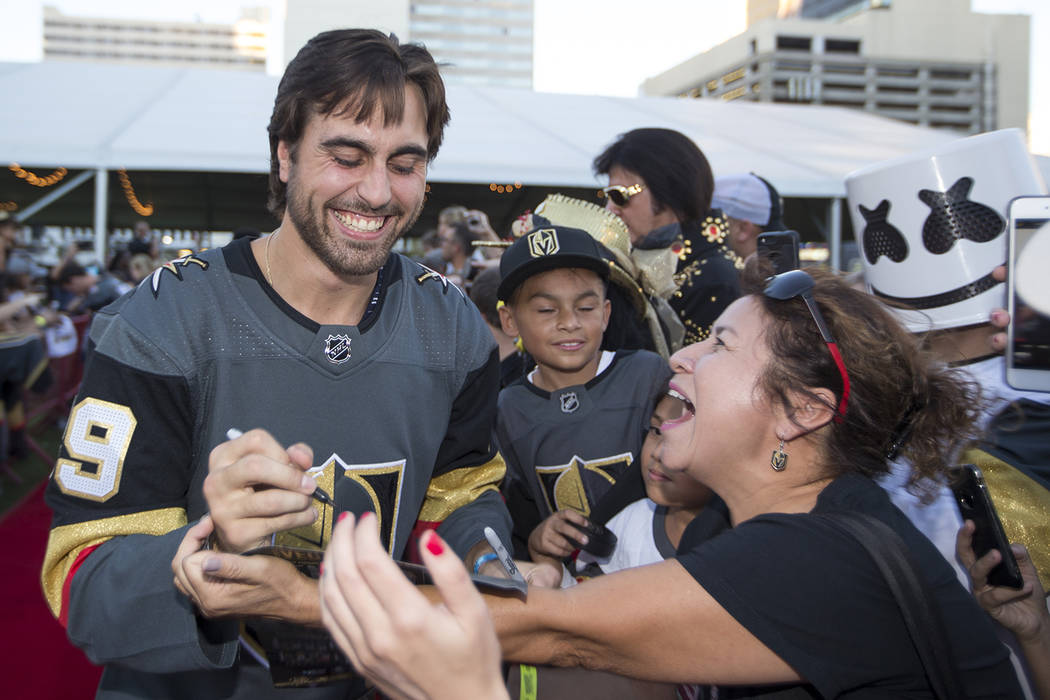 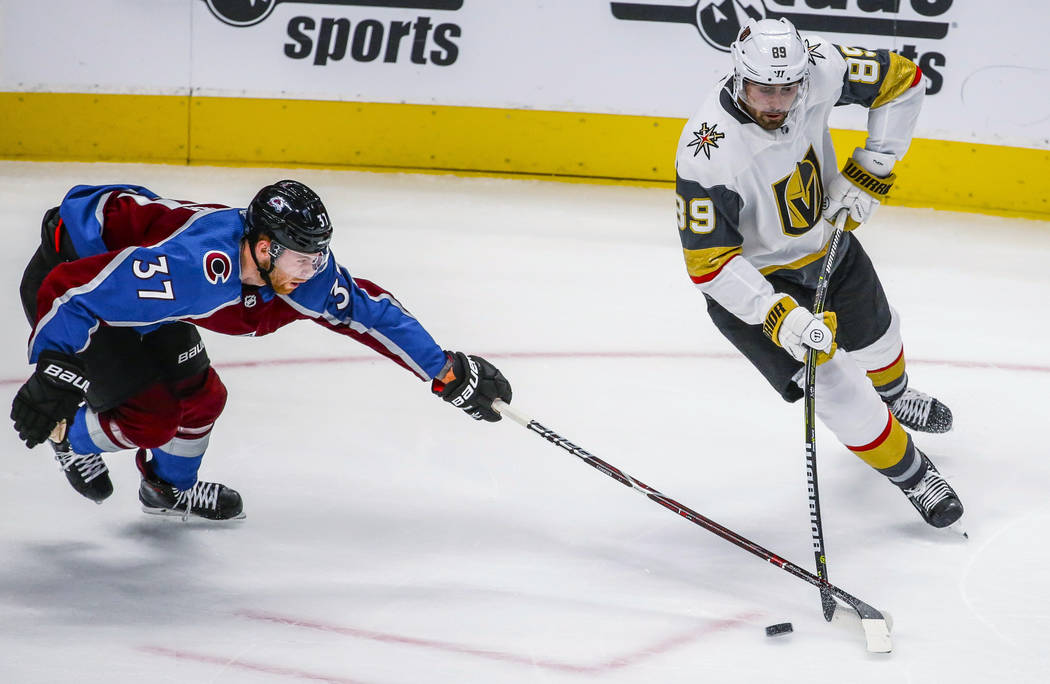 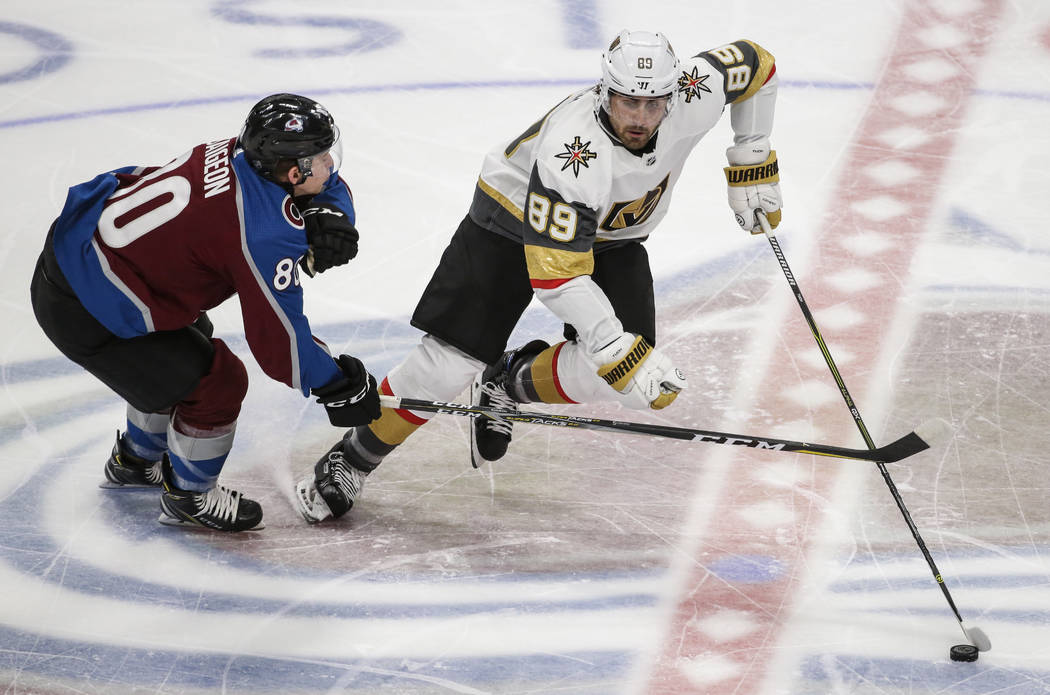 The Golden Knights went through a protracted contract negotiation with one restricted free agent this summer.

They avoided a potentially similar situation with Alex Tuch.

The team announced a seven-year, $33.25 million contract extension for the 22-year-old right wing on Friday that locks up Tuch through the 2025-26 season.

“(I) couldn’t be any more excited,” Tuch said in a video posted to the Knights’ official Twitter account. “Really pumped to be part of such an amazing club for the next eight years. It’s going to be an unbelievable experience, and hopefully we get a lot of wins in front of you guys at the fortress.”

Alex Tuch has a message for the fans 😁 pic.twitter.com/2ZBNMFNITM

Tuch is in the final year of his entry-level contract and would have become a restricted free agent with no arbitration rights after this season.

Defenseman Shea Theodore, who is Tuch’s housemate, also was a RFA with no arbitration rights and missed the first 10 days of training camp before he signed a seven-year, $36.4 million extension on Sept. 24.

Toronto winger William Nylander has not played this season as he negotiates a new contract. Nylander is a restricted free agent without arbitration rights, too.

“I think probably it was in the back of everyone’s mind, but it wasn’t overtly discussed,” said Brian Bartlett, Tuch’s agent with Sports Consulting Group. “There isn’t a great mechanism to resolve that if you can’t come to terms right away.

“But I don’t think it was a driving force. It was more looking at is there a number and term to get Alex Tuch security and locked in at an (average annual value) and a number the team can plan around.”

Bartlett said the Knights approached him and Tuch about a long-term extension in recent weeks and a deal was finalized over the past 10 days.

Tuch’s extension is structured similar to Theodore’s with a flat annual salary of $4.75 million, which provides McPhee more cost certainty for the future. It includes a five-team no-trade clause in the final two years of the deal.

The Knights have 15 players under contract for the 2019-20 season and are projected to have $13.25 million of cap space based on the current salary cap.

“Admittedly, for us, he is overpaid the next couple of years,” Bartlett said. “But based on all the expectations we have for Alex, we’re hoping he’s underpaid in the last few years.”

Tuch suffered a lower-body injury in the final preseason game against San Jose on Sept. 30 and has yet to play in the regular season.

He skated on his own before Friday’s practice and won’t be in the lineup when the Knights face first-place Anaheim at 7 p.m. Saturday at T-Mobile Arena.

He posted 37 points (15 goals, 22 assists) and 27 penalty minutes in 78 games as a rookie after being acquired from the Minnesota Wild in exchange for a third-round pick and selecting Erik Haula in the expansion draft.

Tuch appeared in all 20 postseason games, recording six goals and 10 points. But his most memorable moment came in Game 2 of the Stanley Cup Final when Washington goaltender Braden Holtby made a diving stop on Tuch’s shot in the final two minutes.

“He was given a great opportunity in Vegas and he took that to heart,” Bartlett said. “He had a great year, and Alex couldn’t be any more excited to try to have an entire career in Vegas.”