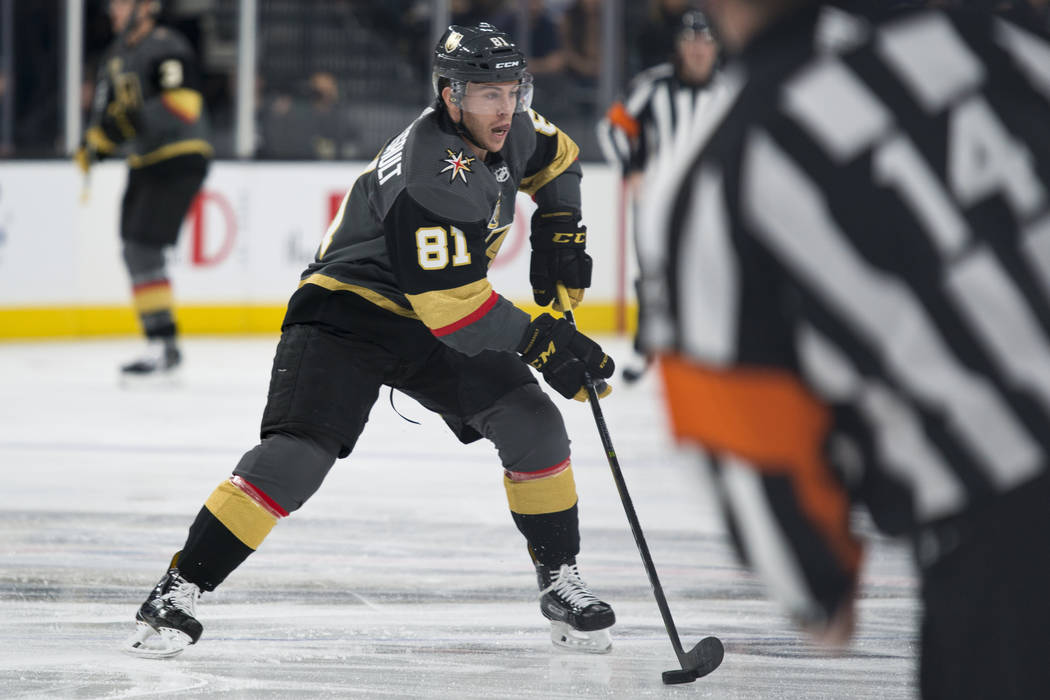 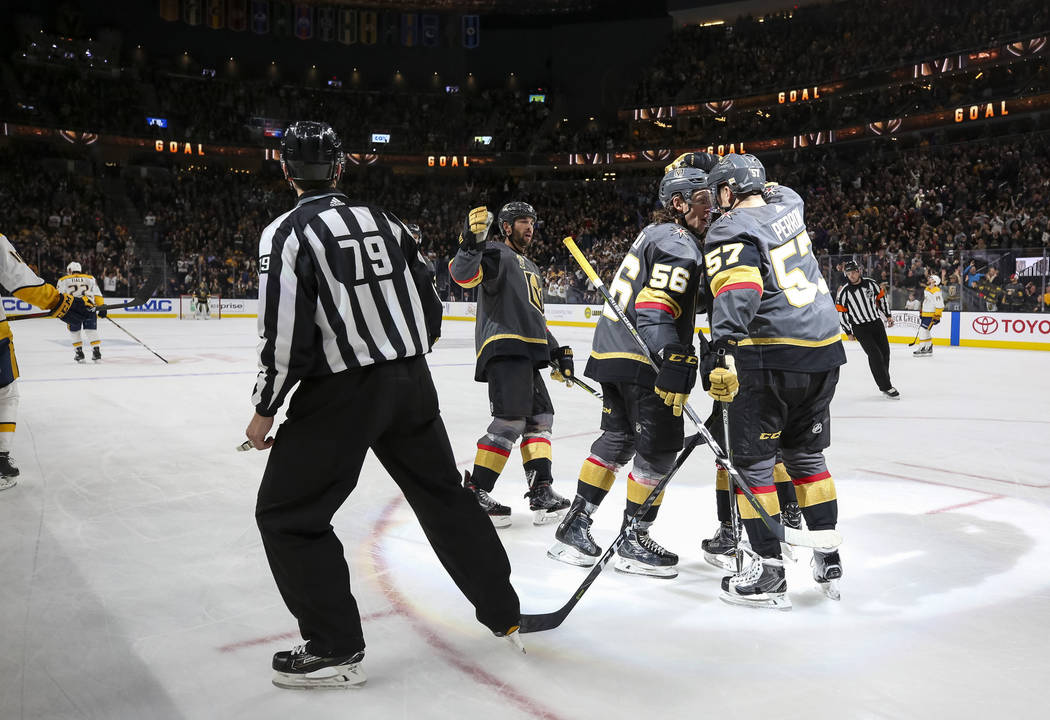 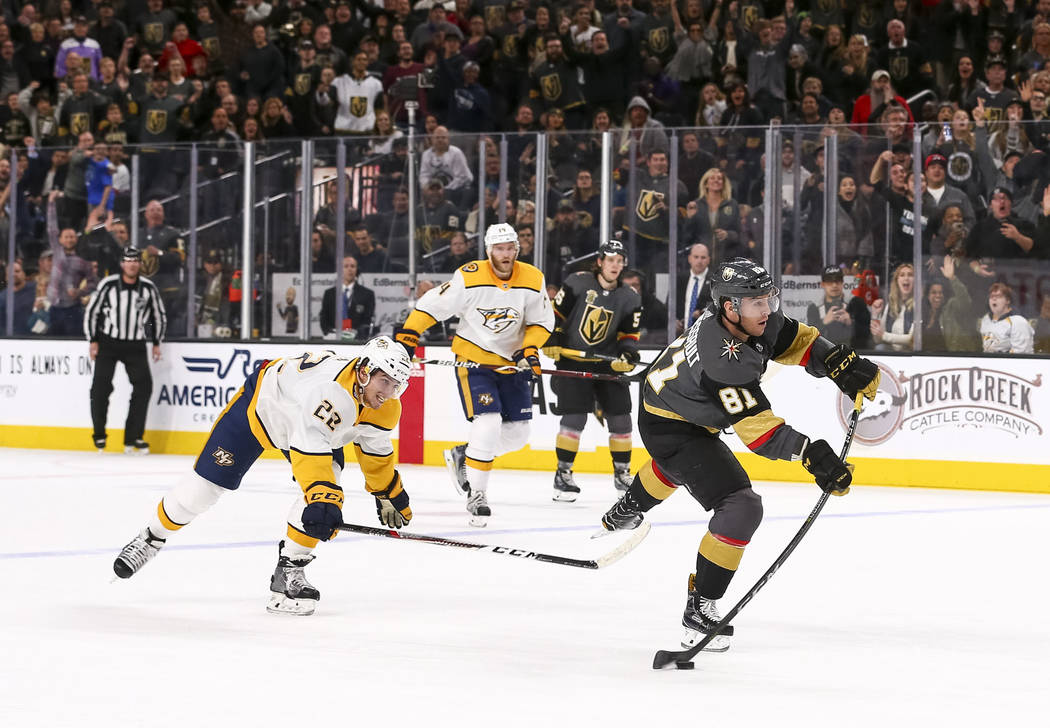 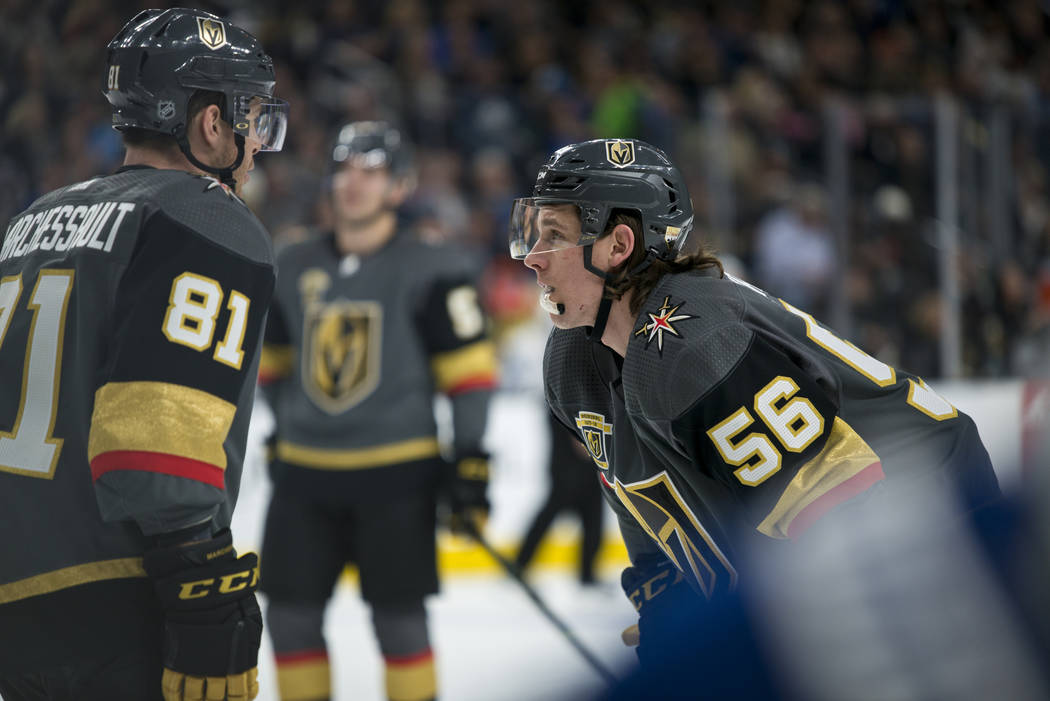 “It was never easy. Everything was always hard for me,” Marchessault said on the team’s website. “I’m happy of the path that I took, and I’m just happy to be here, and I think it’s going to be a great experience for our whole team. We started something great, and we want to keep going, for sure.” 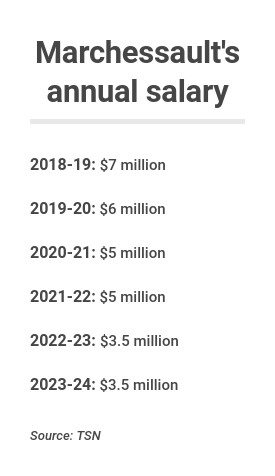 Marchessault’s signing is the latest indication the Knights (27-9-2, 56 points) are keeping key pieces that have led to a historic start for the first-place expansion team. Defenseman Brayden McNabb signed a four-year, $10 million contract extension Nov. 29.

Marchessault, 27, was set to become an unrestricted free agent July 1, and his play with the Knights would have made him an inexpensive option before the Feb. 26 trade deadline for a team in need of offense.

Rather than dealing his leading scorer for draft picks or prospects, general manager George McPhee locked up Marchessault through the 2023-24 season at an affordable $5 million per year salary cap hit. Marchessault was at the end of a two-year deal that paid him $750,000 this season.

“He fits our identity,” McPhee said. “He works very hard. He’s very, very competitive, lots of second and third and fourth effort. He works hard at both ends of the rink, and he’s generating offense.”

Marchessault has teamed with William Karlsson and Reilly Smith on the first line and tops the Knights in scoring with 37 points.

He shares the team lead in assists with forward David Perron at 22 and tallied his 15th goal in Tuesday’s 3-0 win over Nashville.

Marchy has a message for all the fans in Vegas from 30,000 feet! ✈️ #VegasBorn pic.twitter.com/dc5lgCEnJB

The Knights selected Marchessault in the expansion draft from the Florida Panthers after he posted 30 goals and 21 assists last season. He previously appeared in the NHL with Columbus and Tampa Bay.

“Players develop at different levels and different rates at times,” McPhee said. “Some blossom early, some blossom late. The good news is we have him now as he’s just entering his prime and should get a lot of very good, productive years from him.”

Forward William Karlsson, who leads the team with 20 goals, is one of six restricted free agents, along with defensemen Colin Miller and Shea Theodore.