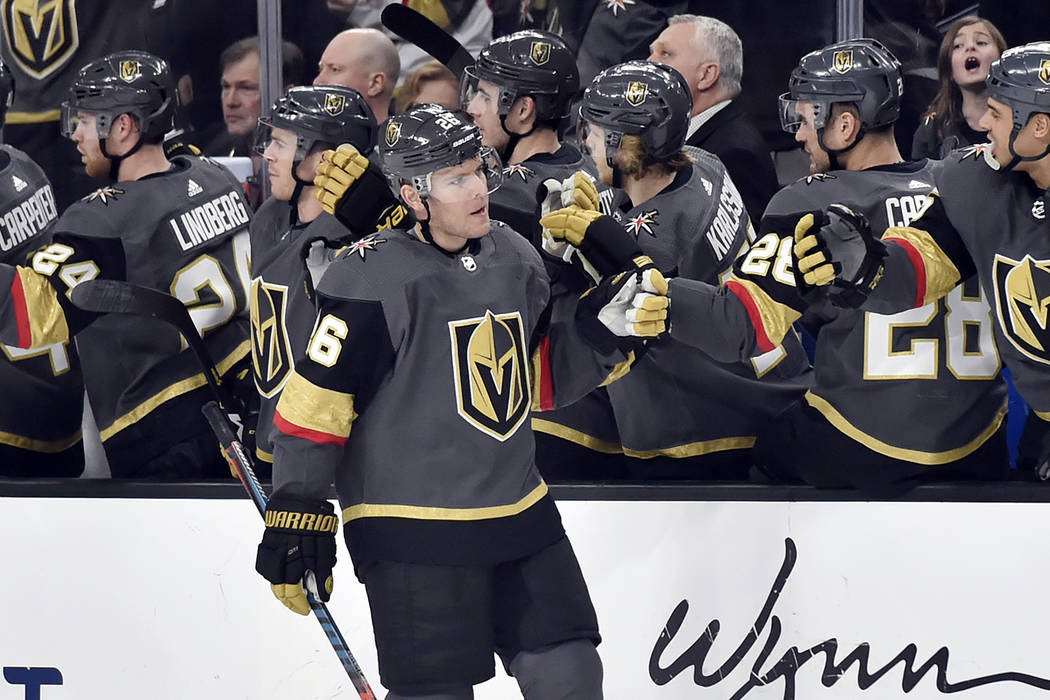 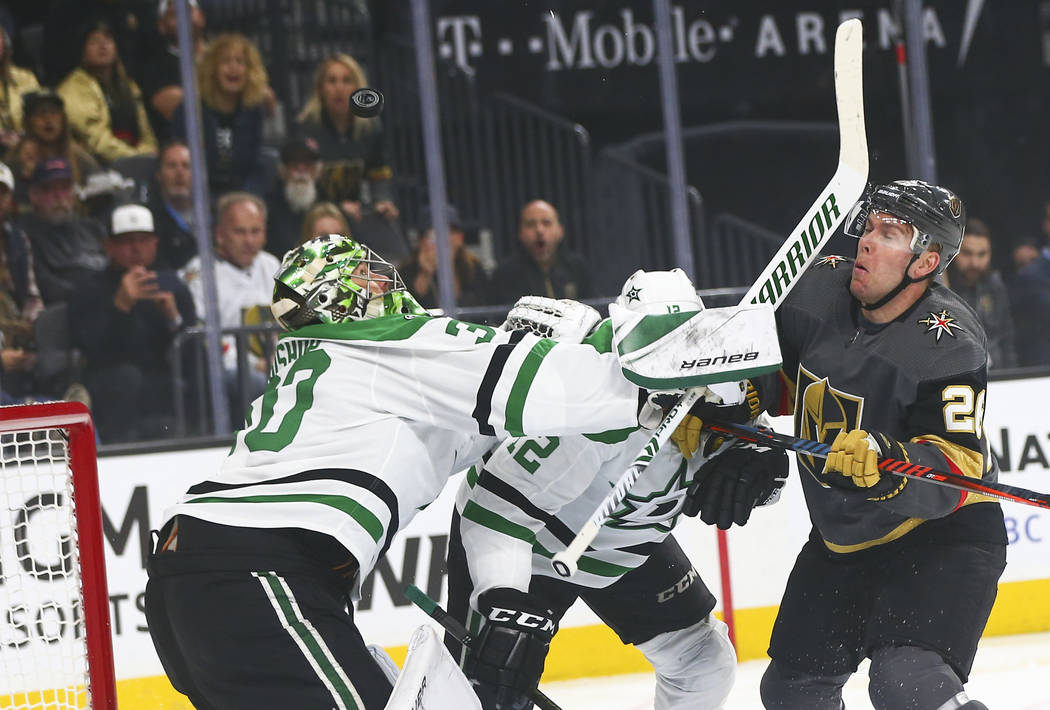 Dallas Stars goaltender Ben Bishop (30) watches the puck while Golden Knights center Paul Stastny, right, gets hit in the face with a stick during the first period of an NHL hockey game at T-Mobile Arena in Las Vegas on Tuesday, Feb. 26, 2019. (Chase Stevens/Las Vegas Review-Journal) @csstevensphoto 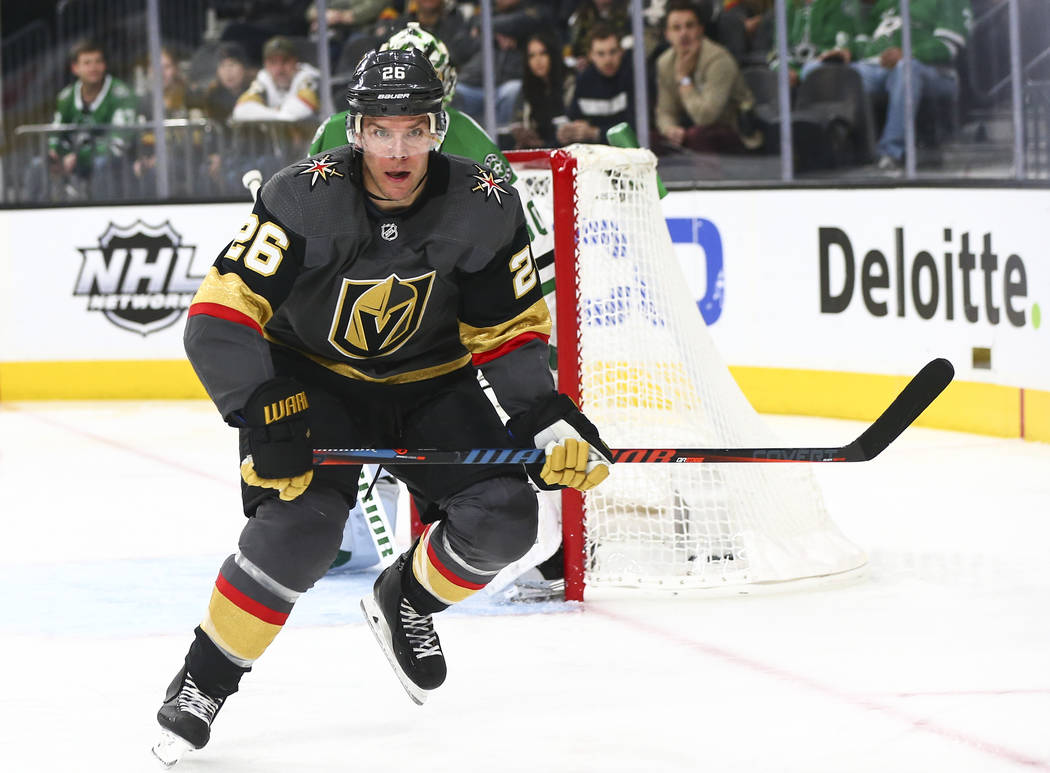 Golden Knights center Paul Stastny (26) chases after the puck during the second period of an NHL hockey game against the Dallas Stars at T-Mobile Arena in Las Vegas on Tuesday, Feb. 26, 2019. (Chase Stevens/Las Vegas Review-Journal) @csstevensphoto

Golden Knights center Paul Stastny is a cerebral player who can dictate the speed and direction of play from the moment he leaves the bench.

So naturally, he appreciates athletes that can do the same things in other sports.

Stastny is a noted soccer fan and became hooked after watching Manchester United’s run to the Premier League title during the 2006-07 season. He fell in love with the club thanks to creative midfielders Ryan Giggs and Paul Scholes, whose games on the pitch mirrored his own on the ice.

“I like those midfielders that can kind of control play, slow things down,” Stastny said.

Stastny started watching soccer because of versatile players like Giggs and Scholes and not goal-scoring forwards like Cristiano Ronaldo and Wayne Rooney, who were also on that Manchester United team.

His obsession grew from there. He checks out more games now than he used to and spends his free time watching soccer documentaries. He’s also a much happier fan since the Red Devils fired manager Jose Mourinho midseason and replaced him with caretaker Ole Gunnar Solskjaer.

Manchester United is 14-2-2 since the change and sits two points back of fourth place, which comes with an automatic berth in the UEFA Champions League.

“It’s been fun,” Stastny said. “Now that they fired their coach they’ve been on an incredible run. They’re back in the big four race.”

Stastny loves how Solskjaer has been using midfielder Paul Pogba in a more creative role since taking over. It reminds him of the players that got him hooked on the Premier League, and soccer in general, in the first place.

“To me, it’s all about following one player,” Stastny said. “And if you follow that player it grows on you.”

“Just a maintenance day, he’s fine,” Gallant said. “Trying to get him a rest.”

Fleury leads the NHL in minutes played with 3,455:13. He has a 131:52 lead on Minnesota Wild goaltender Devan Dubnyk.

Forward William Carrier (injured reserve, upper-body) skated on his own following Knights’ practice Wednesday. Gallant said Tuesday that the winger would be ready in the “near future,” but not this week.