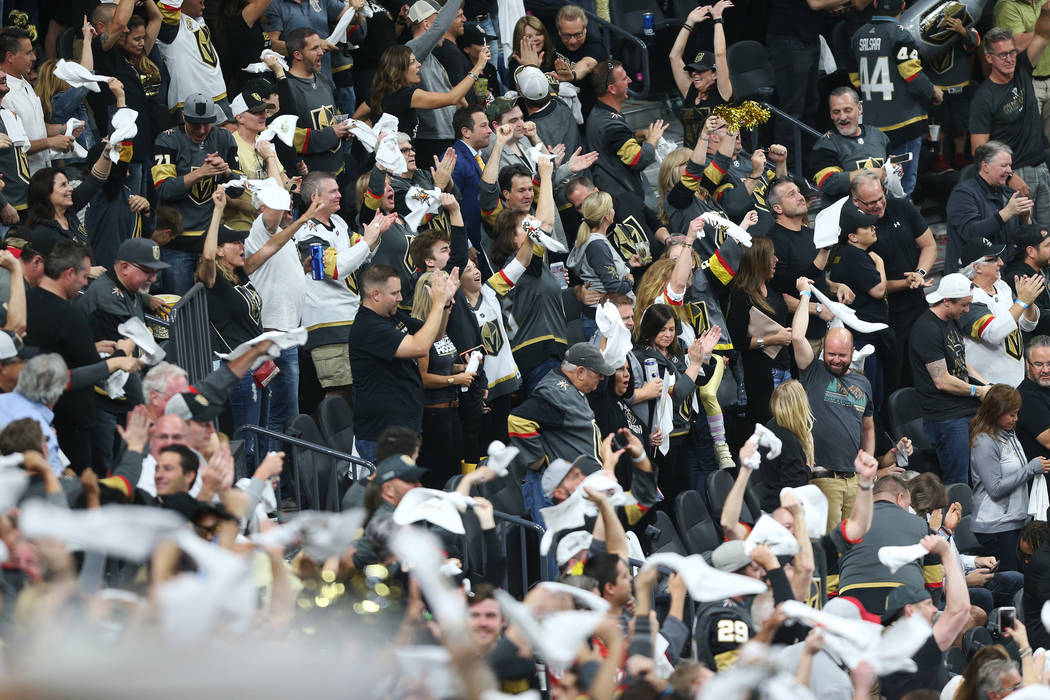 To their credit, the Golden Knights developed a style of play that was perfect to make a run at the Stanley Cup.

Home? Road? It didn’t matter. Speed, mobility and, yes, talent became the components for a simple yet smart brand of low-risk hockey that has served the team well through the first three rounds of the playoffs.

“I think it does translate well, whether we’re at home or away,” defenseman Shea Theodore said of the team’s style. “We tend to keep things simple and it helps us.” 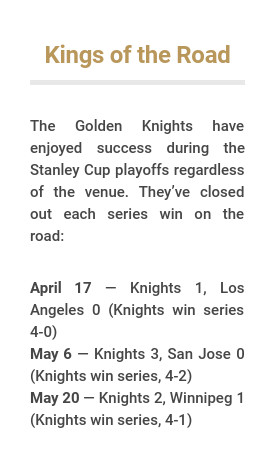 Home ice is supposed to be a key component for winning the Cup. The crowd. The coach getting the last change. The familiarity with the rink. The comfort of sleeping in one’s own bed. Add it up and the team with home ice advantage should have a considerable edge toward hoisting the Cup in any season.

But it doesn’t work that way. The team with home ice in the last 10 finals went 6-4. And it certainly hasn’t been the case in this year’s playoffs.

The Knights have been outstanding at home all season, going 29-10-2 and that trend has carried into the playoffs. They’re 6-1 through the first three rounds at T-Mobile Arena, the one loss coming in overtime to San Jose in the second round. But they’ve also been excellent on the road. They’re 6-2 and have closed out each of their opponents at their home rink.

“I never worry about home ice,” Gallant said. “Sure, it’s nice to have it, but this team has performed well wherever we’ve been. Our game doesn’t change. Everybody goes out and just does their job.”

The Knights started their first two rounds at T-Mobile and won Game 1 against Los Angeles and Game 1 against San Jose. They started the Western Conference Final on the road and lost 4-2 to the Winnipeg Jets. But they bounced back and won four straight, including Games 2 and 5 in Winnipeg.

“I think we showed that in the last series,” forward David Perron said. “We didn’t have home ice but we stayed with our game and we’ve closed out each series on the road. I think with our balance with the four lines and our D we’ve been able to play well wherever.

“And of course, we’ve had Flower (goaltender Marc-Andre Fleury) who has been tremendous.”

There can be no understating Fleury’s impact on the Knights’ postseason success. He has played every second of the playoffs, and Gallant gave Fleury an extra day off — along with forward James Neal — as the team returned to practice Wednesday at City National Arena. Fleury will have the next four days to prepare himself for Monday’s Game 1.

“Nobody feels tired,” forward Jonathan Marchessault said. “Everyone’s in pretty good shape. We look at ourselves and we developed a style that has been successful.

“We played well in Winnipeg. It was one of the toughest barns to play in and we did really good. I don’t think home ice is that big a deal at this point. It’s what you have in you and how you perform that counts.”