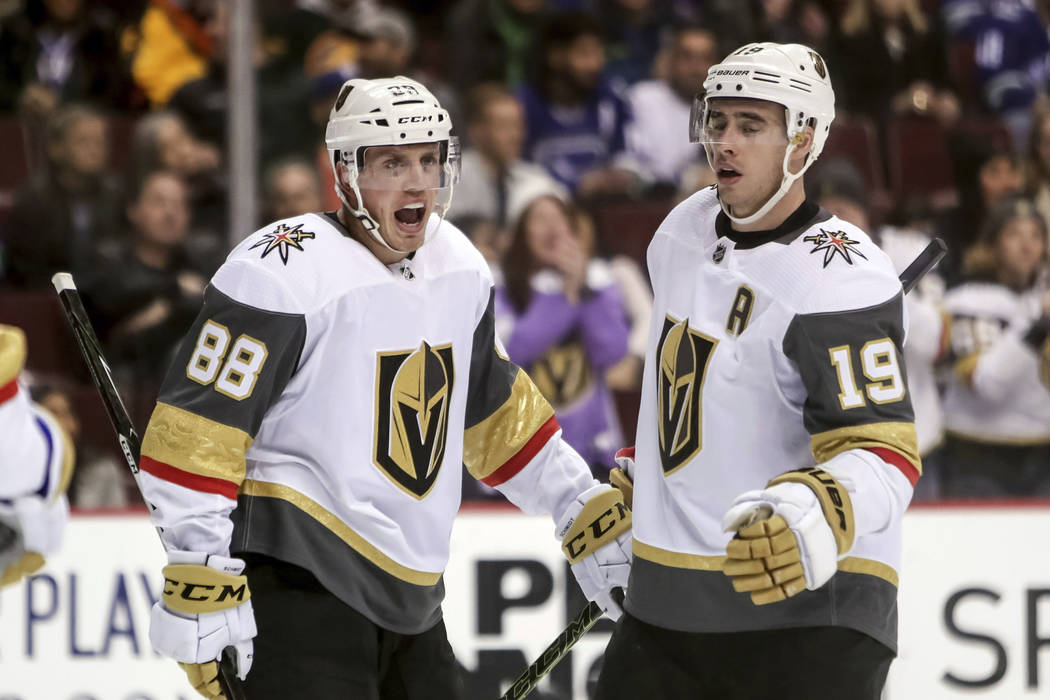 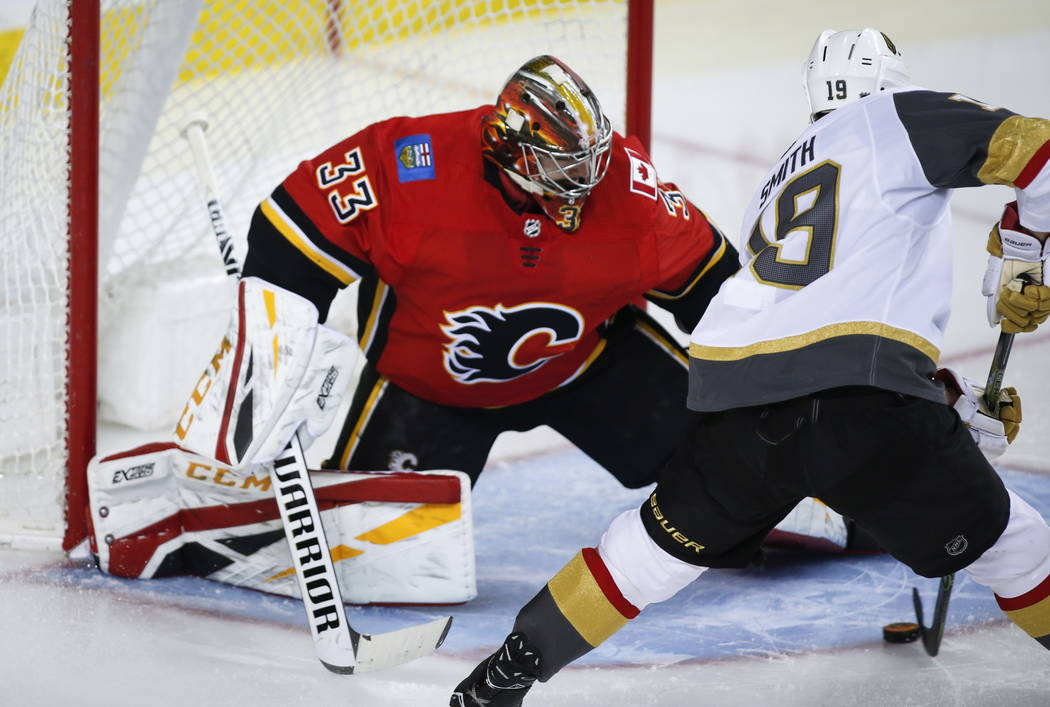 DALLAS — The temptation is to bring up Reilly Smith’s goal from the opening minute of the second period Sunday at Calgary as proof that the Golden Knights’ top line is clicking again.

Granted, Smith’s backhand to finish during a 2-on-1 featured a slick breakout and the intricate movement through the neutral zone Smith often executed with linemates William Karlsson and Jonathan Marchessault during the Knights’ inaugural season.

But go back one game.

It’s the second period in Vancouver, moments after the Canucks cut the Knights’ lead to 5-2.

Smith received a pass at the blue line from defenseman Nate Schmidt and softly sent the puck toward the corner before absorbing a hit near the wall.

Marchessault tracked down the puck, stopped, and found Schmidt trailing the play. His shot deflected into the net off a Canucks’ stick. Game over.

“Sometimes as a line, we kind of start playing east-west hockey a little bit too much and our coaches harp on us to try not to do that, but it’s tough not to when you’re trying to make plays,” Smith said. “You just have to find a balance between the two, and right now it seems like it’s working out.”

It hasn’t always been pretty — OK, Smith’s between-the-legs goal against Florida on Feb. 28 is another obvious exception — but by keeping it simple, the Knights’ top line has been more effective in recent weeks.

And with the addition of right wing Mark Stone from Ottawa at the trade deadline, opponents are back to picking their poison when trying to match up with the Knights’ top-six forwards.

“I think sometimes when the plays aren’t there and it’s not working, not clicking, you do the more simple thing like dumping the puck and try to win the puck back that way,” Karlsson said. “Like Calgary the last game, I think we did a great adjustment in the second period, because they were pretty strong on the blue line to make it hard for us.

“We decided to chip it down, played a more simple game and that’s when we got some more opportunities, too.”

After a brief separation at the beginning of February, Karlsson, Marchessault and Smith are beginning to heat up in time for the postseason.

Smith has 15 points (five goals, 10 assists) in his past 15 appearances entering Friday’s game against the Dallas Stars at American Airlines Center.

Karlsson and Marchessault each have produced three goals and eight assists since the trio was reunited Feb. 7 in Detroit.

The Knights’ playoff path is most likely to start at Calgary or San Jose, which rank second and first in scoring, respectively, in the Western Conference.

With a productive top-six up front — not to mention a third line anchored by Alex Tuch and Cody Eakin — and a defense that ranks eighth in the league in goals allowed per game (2.77), the Knights would appear to have the capability of neutralizing that type of firepower.

“We worked hard all year, but not necessarily getting rewarded,” Marchessault said. “But now we’re getting big goals for our team, and obviously, I think everybody needs to respect that we have two top lines now, too.”