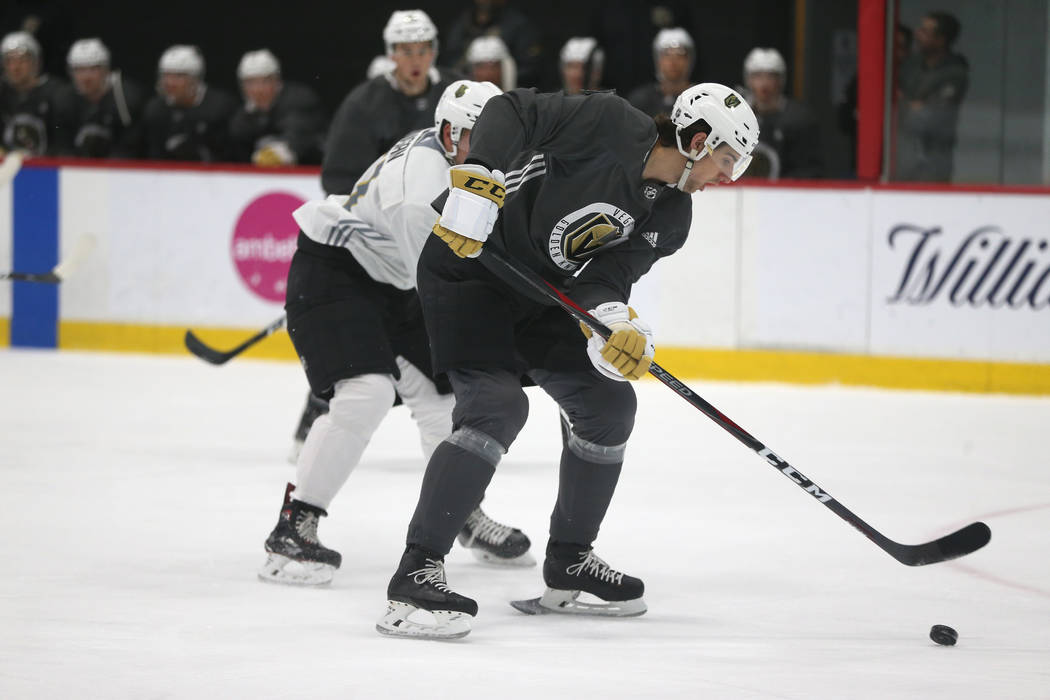 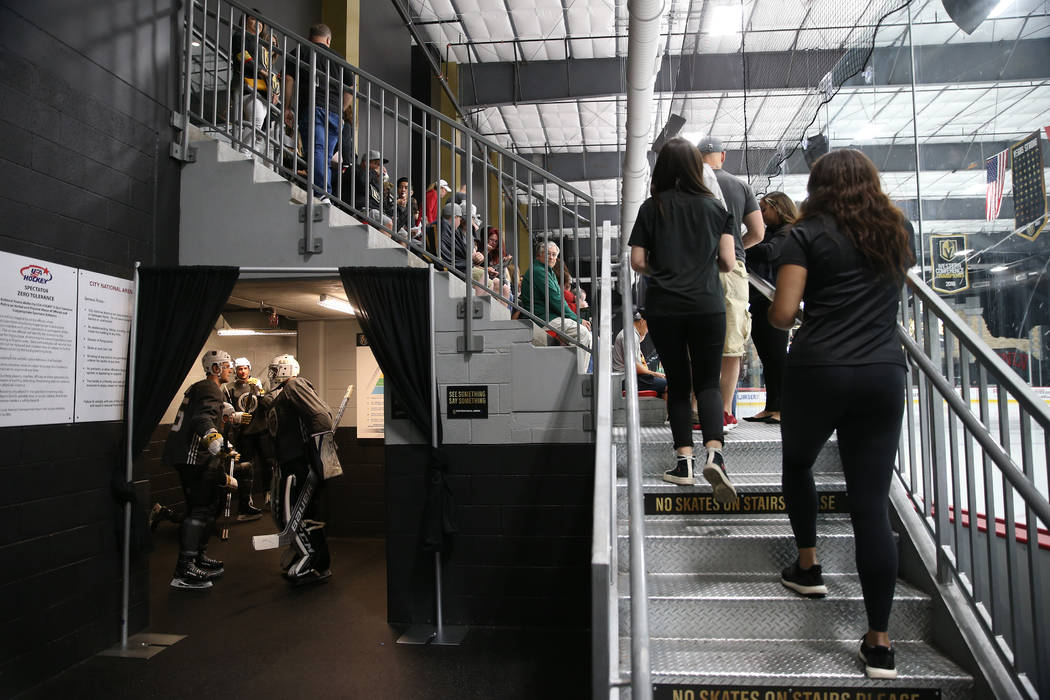 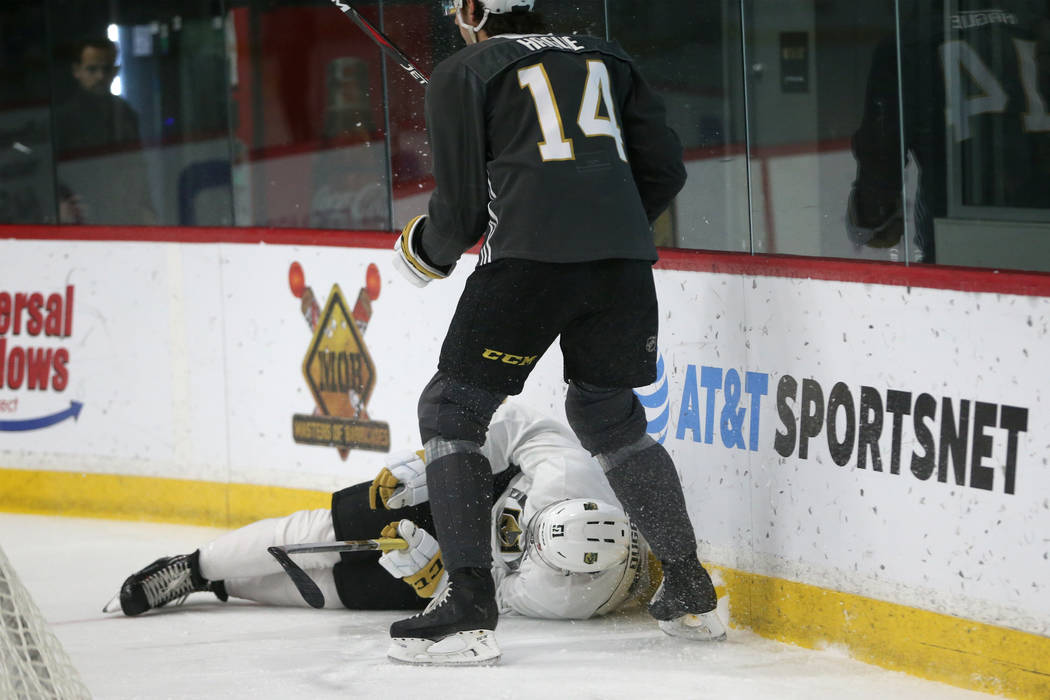 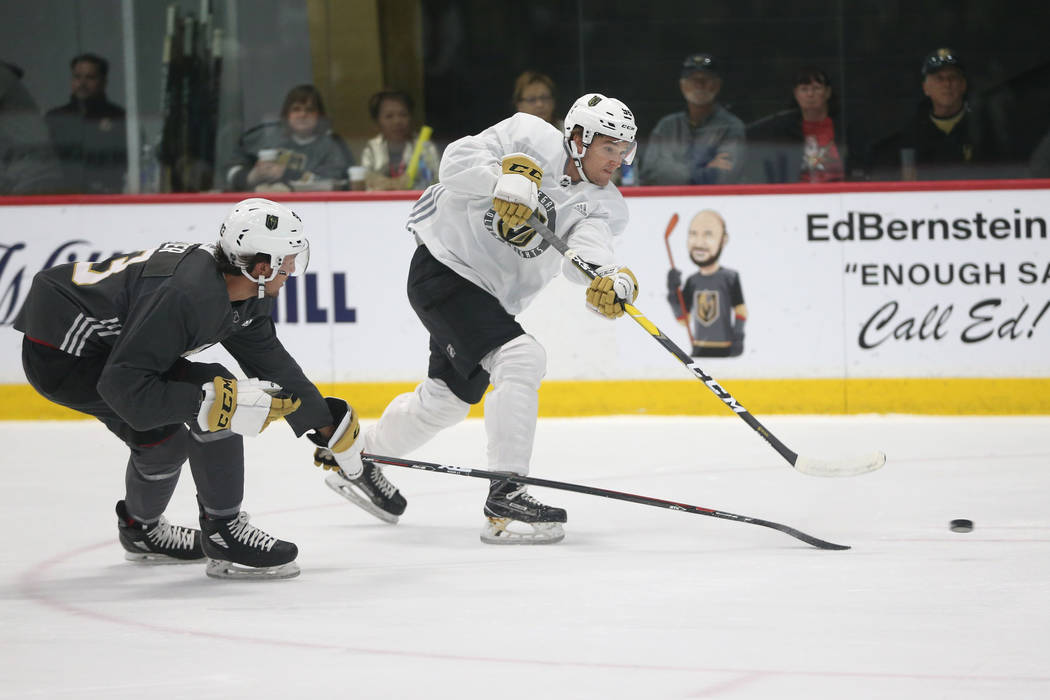 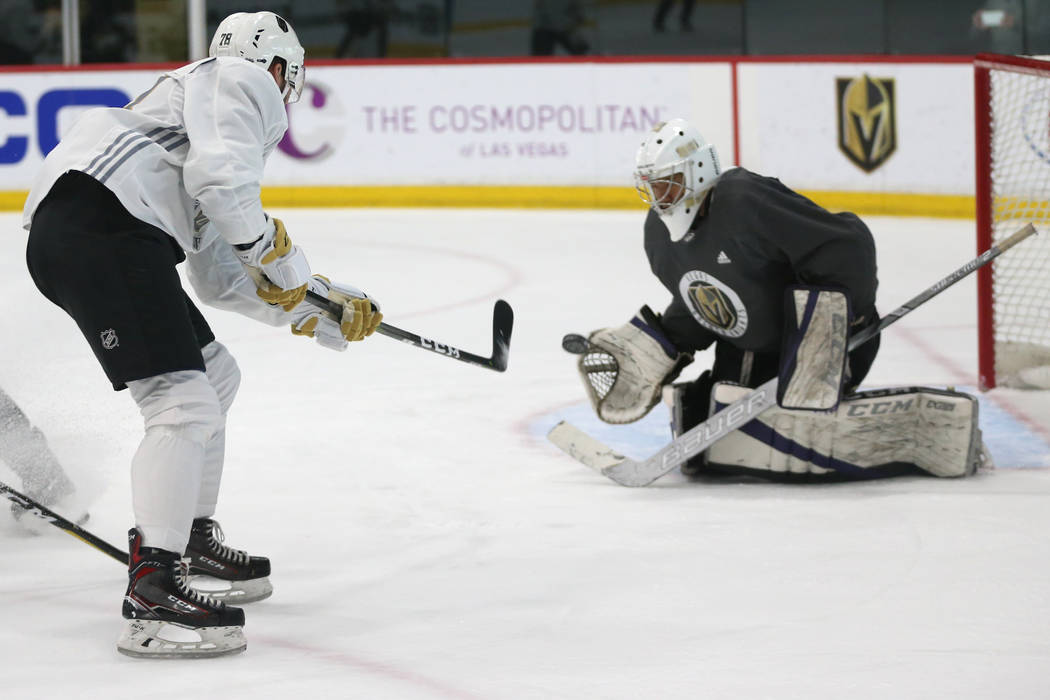 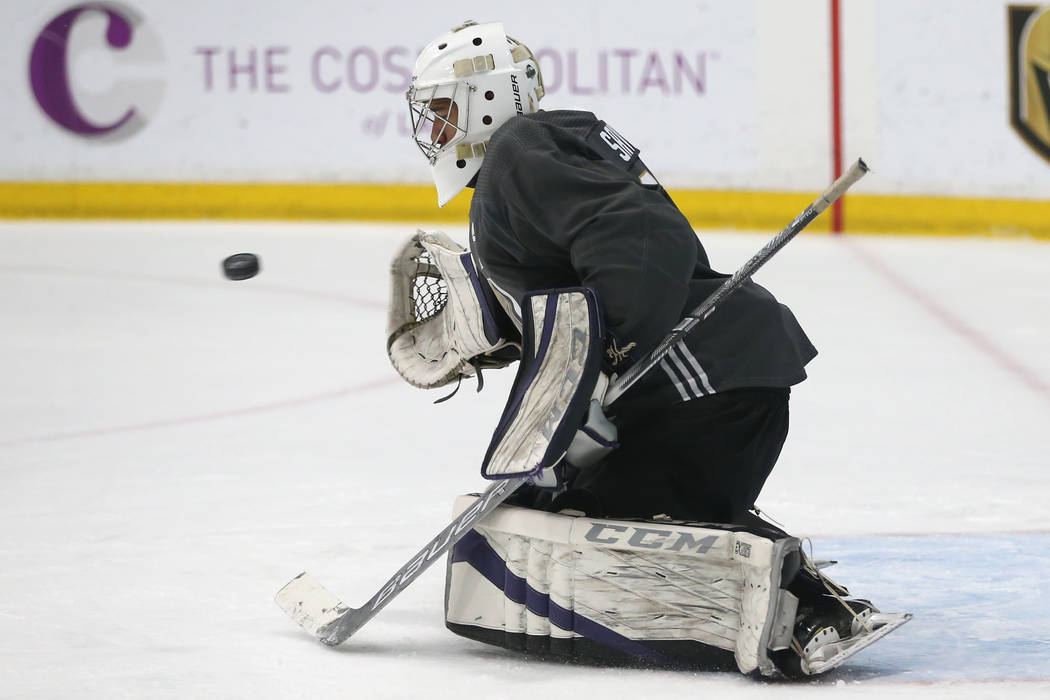 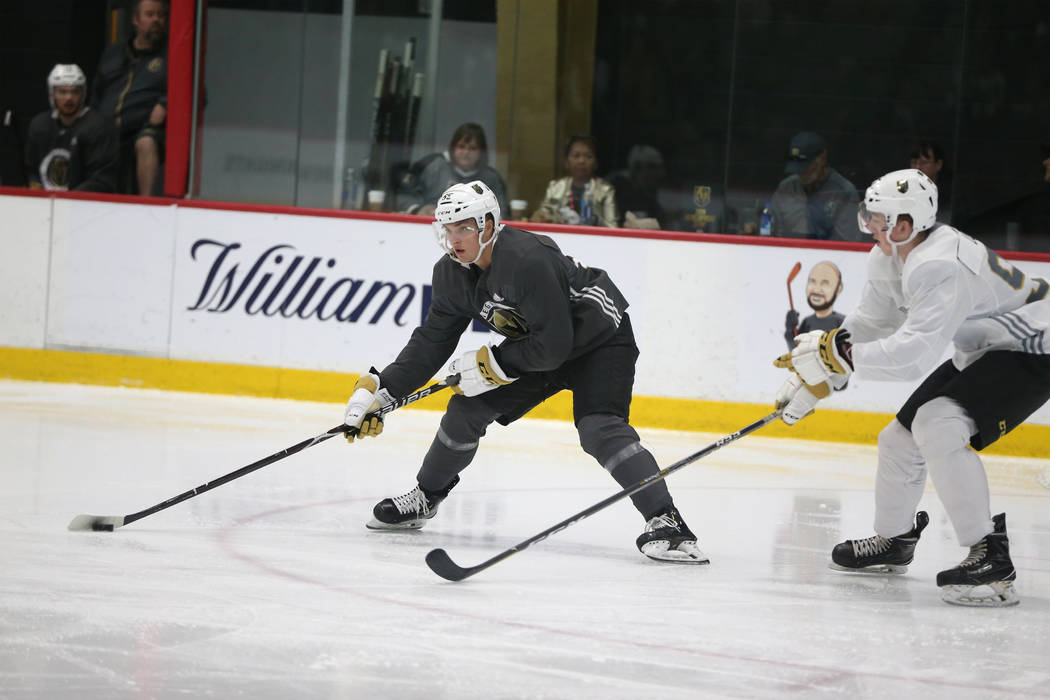 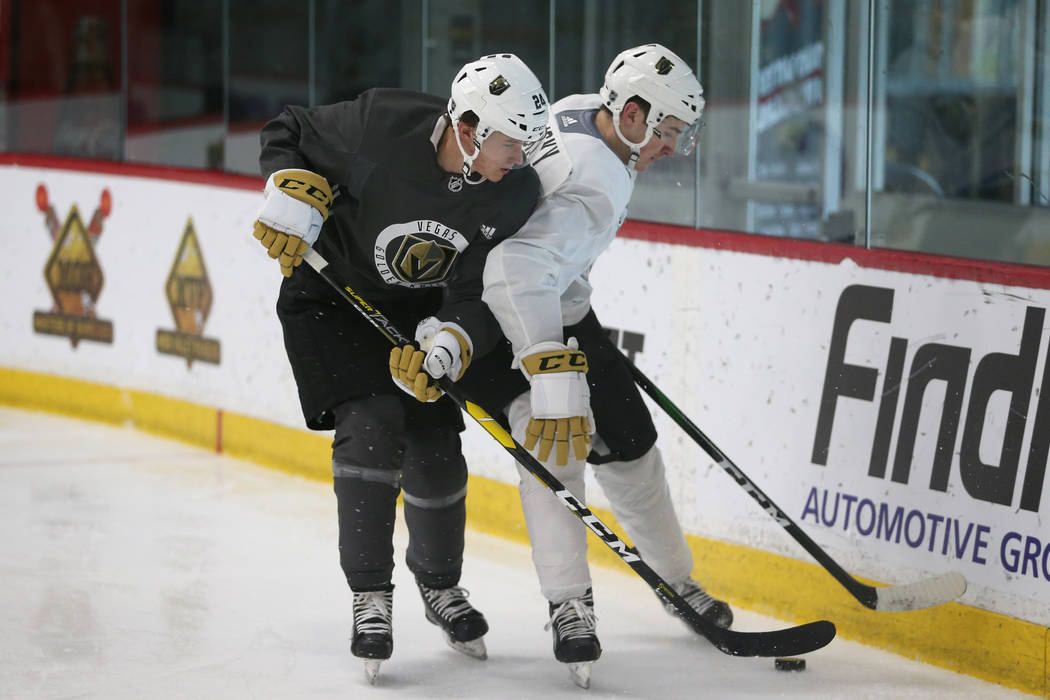 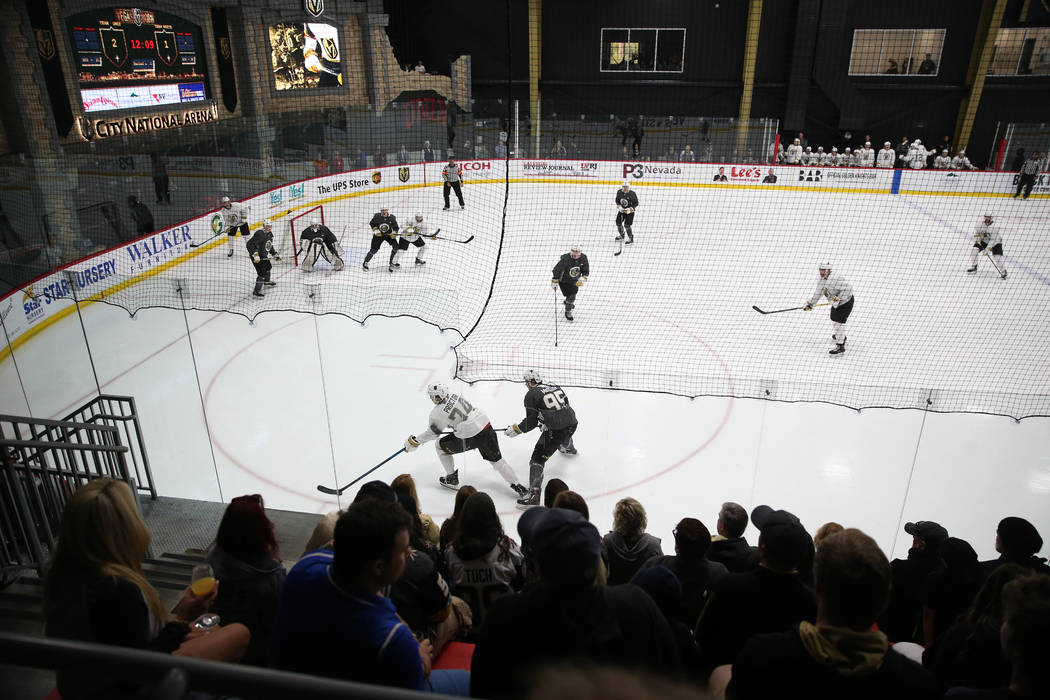 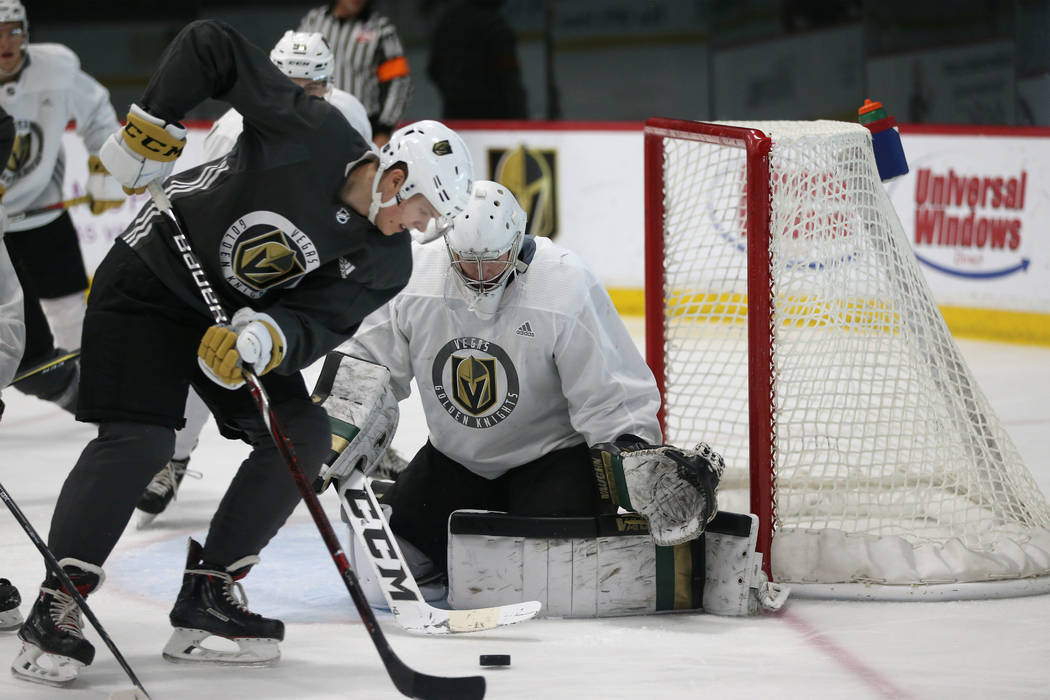 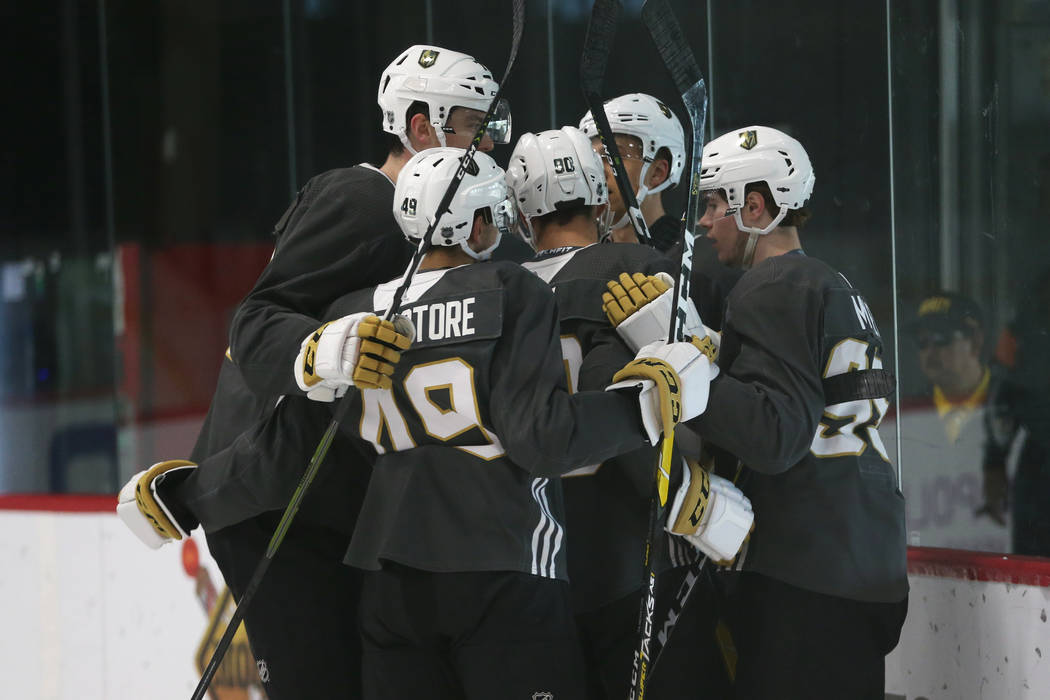 There was at least one member of the sold-out crowd for Saturday’s final scrimmage at Golden Knights’ development camp who would have preferred to not be watching the action on the ice.

Peyton Krebs would much rather have been playing.

The Knights’ first-round pick could only watch as he continues to recover from surgery to repair a partially torn Achilles tendon after suffering the injury earlier this month.

“It’s definitely not what you’re built for,” the 18-year-old Canadian center said. “You’re built to play hockey. Sitting and watching is fun because it’s hockey, but at the same time you get the chills because you want to be out there.”

Krebs is unsure when that will happen. After the draft, incoming general manager Kelly McCrimmon said he didn’t expect Krebs to be ready to participate when rookie camp begins Sept. 5.

“I’m not 100 percent sure (when I’ll be able to get back on the ice),” said Krebs, who was getting around on a scooter. “Right now, it’s three weeks left in this boot and then take it from there. We’re just trying to get healthy and take it day by day and then when that time comes to step back on the ice, I’ll do that.”

It was still productive for Krebs to attend rookie camp and start to get a feel for the organization.

He said meeting with the team’s strength and conditioning staff was particularly beneficial.

“Gary Roberts is the strength guy and he knows a lot about nutrition,” Krebs said. “I got to talk to him a lot and learn things I can do off the ice to get through the injury quicker and help the healing.”

Krebs also got a glimpse at what he expects to be his future neighborhood.

“It was a fun week,” he said. “I met a lot of great people and had a great time. From that standpoint, it was great.

“Being here in Vegas is a special city so it’s fun to be here. It’s great. I didn’t even know this outside (the Strip) part of it existed. It’s great that Summerlin is here. It’s really nice and when you do want to go to the Strip, you can do that too if you want. So yeah, it was great.”

Krebs, who was picked No. 17, had 19 goals and 48 assists while serving as captain for Winnipeg (formerly Kootenay) of the Western Hockey League and is regarded as an elite playmaker and leader. He was the No. 1 overall pick in the WHL bantam draft in 2016.

A native of Okotoks, Alberta, Krebs was a member of Team Canada at the Hlinka Gretzky Cup in August and served as captain for Canada during the Under-18 World Championship, where he tied for the team lead in scoring.

McPhee didn’t single out a particular player who stood out to him over the course of the five-day development camp.

He was more enthused about the group as a whole.

“What jumped out this week was how many good, young players we have,” he said. “As a manager or president sitting there looking at that you say, ‘Boy we’re in good shape for the future.’ If this camp is good, typically it means going forward you’re going to have a good team. I acknowledged all of our scouts for doing real good work because when you sit out there and look at these guys you go, ‘Geez, a lot of guys out here look like pros.’

“If we develop them right, we’re going to be in a good place.”