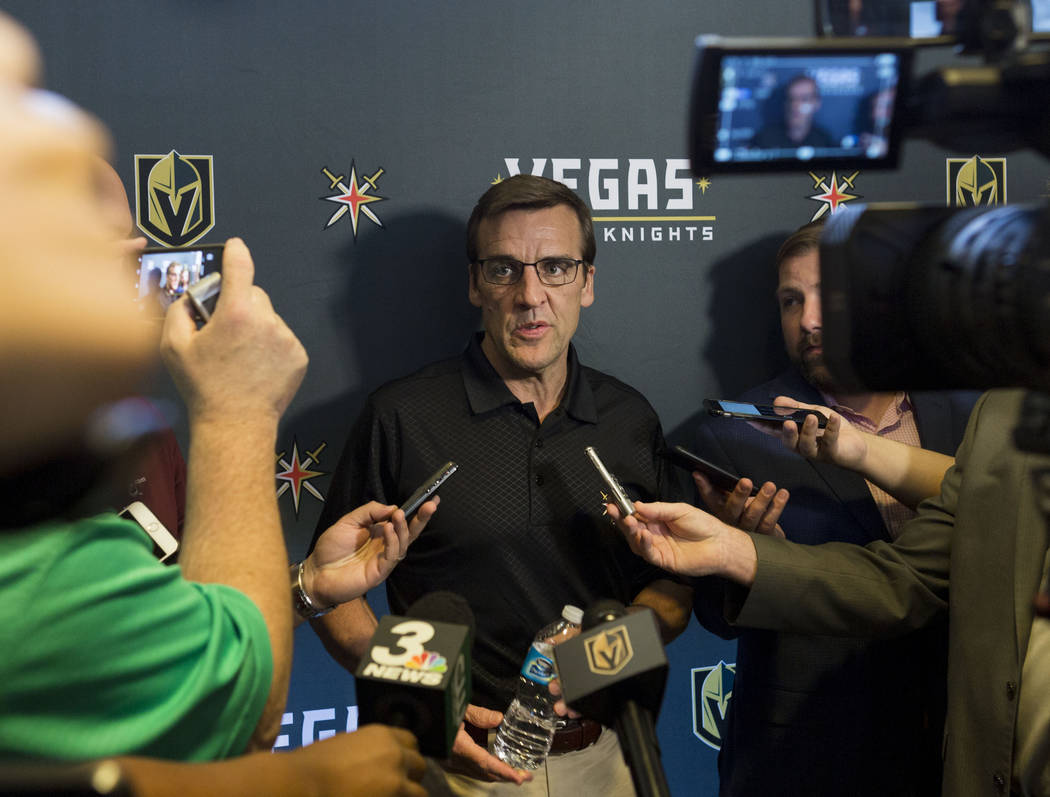 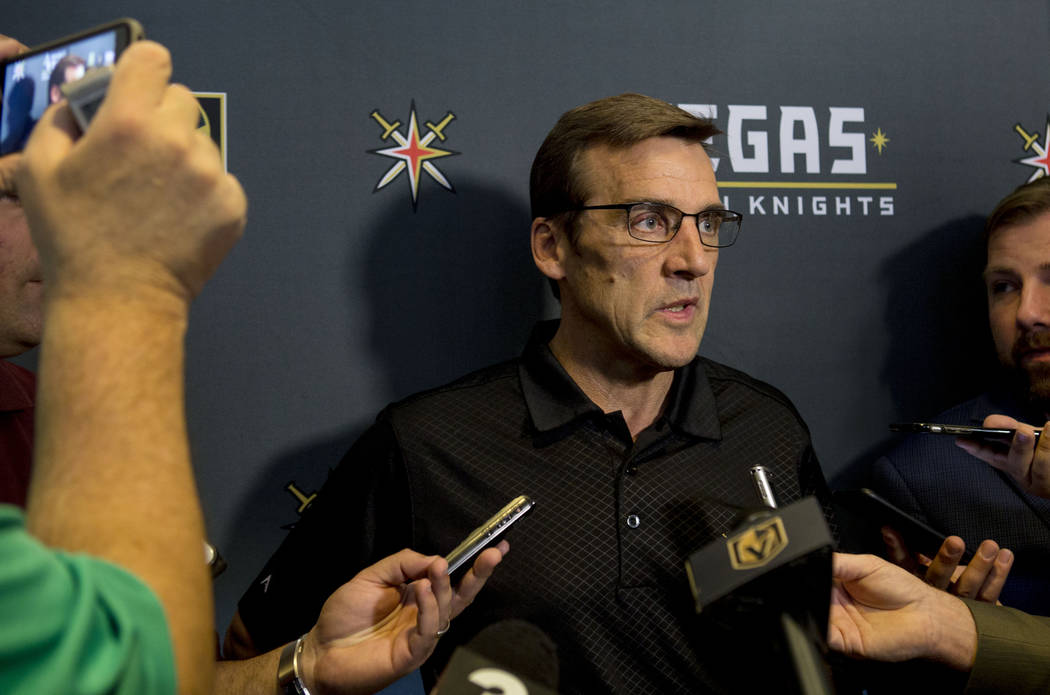 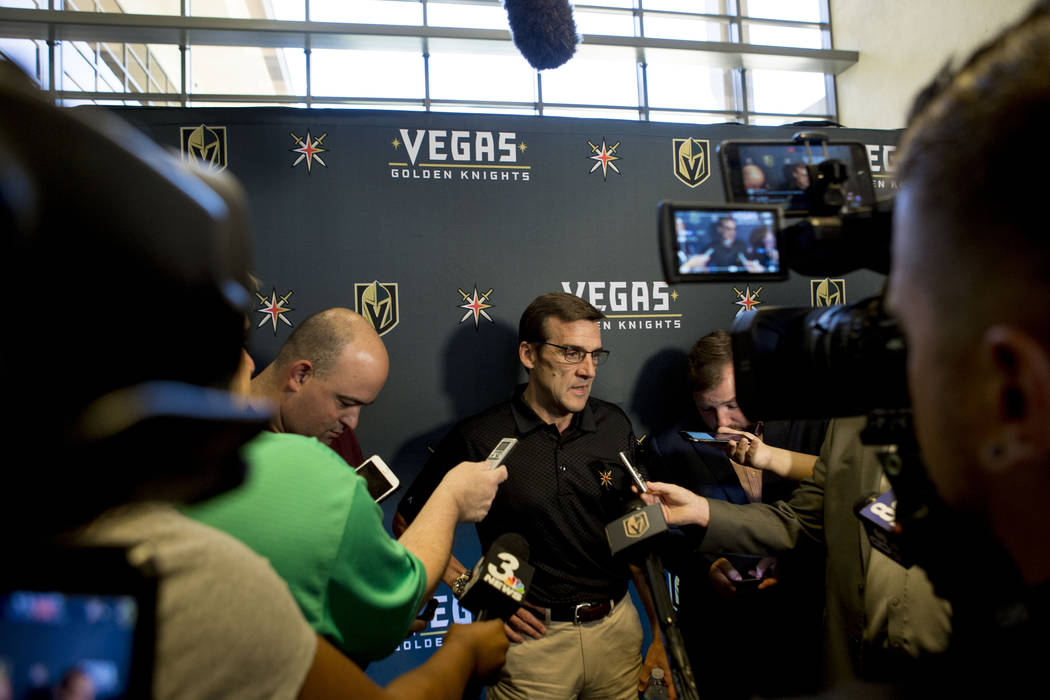 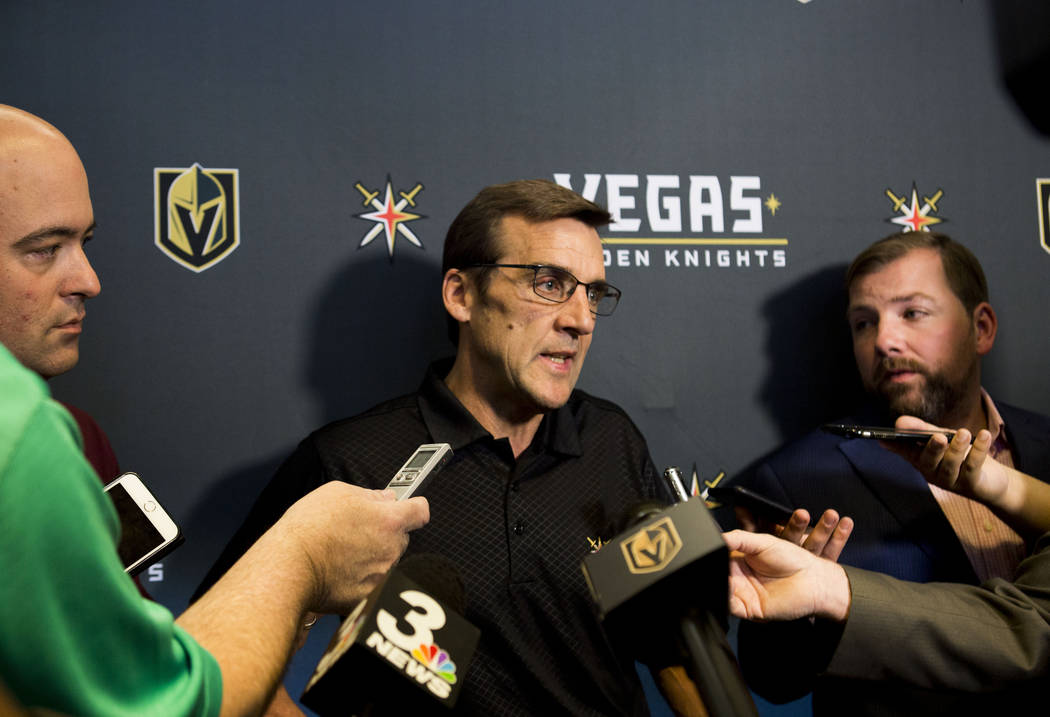 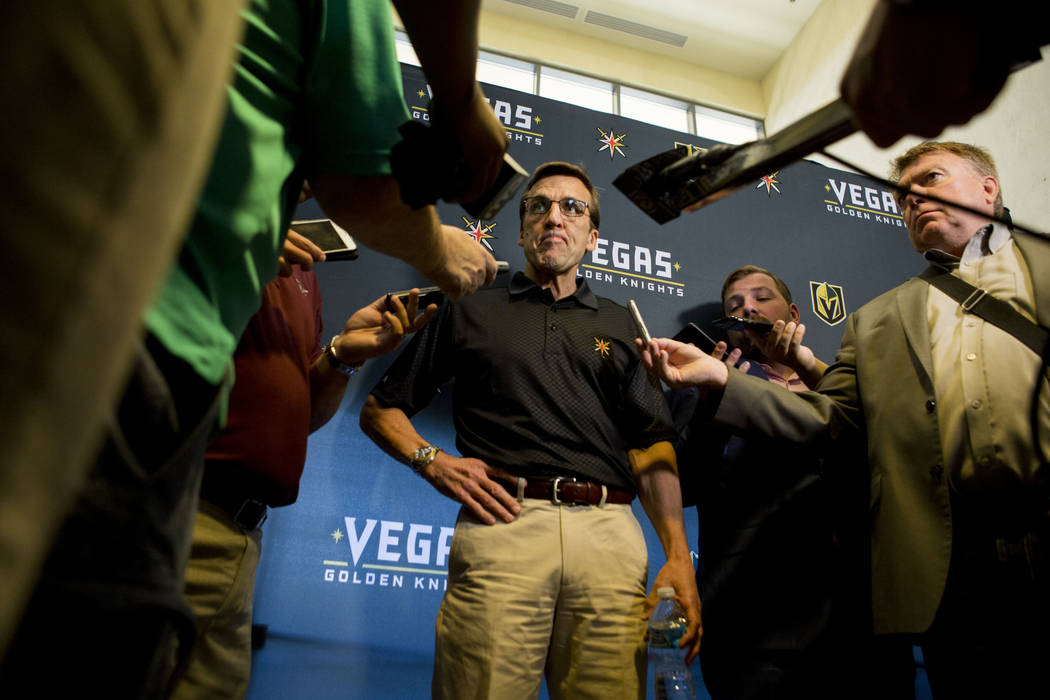 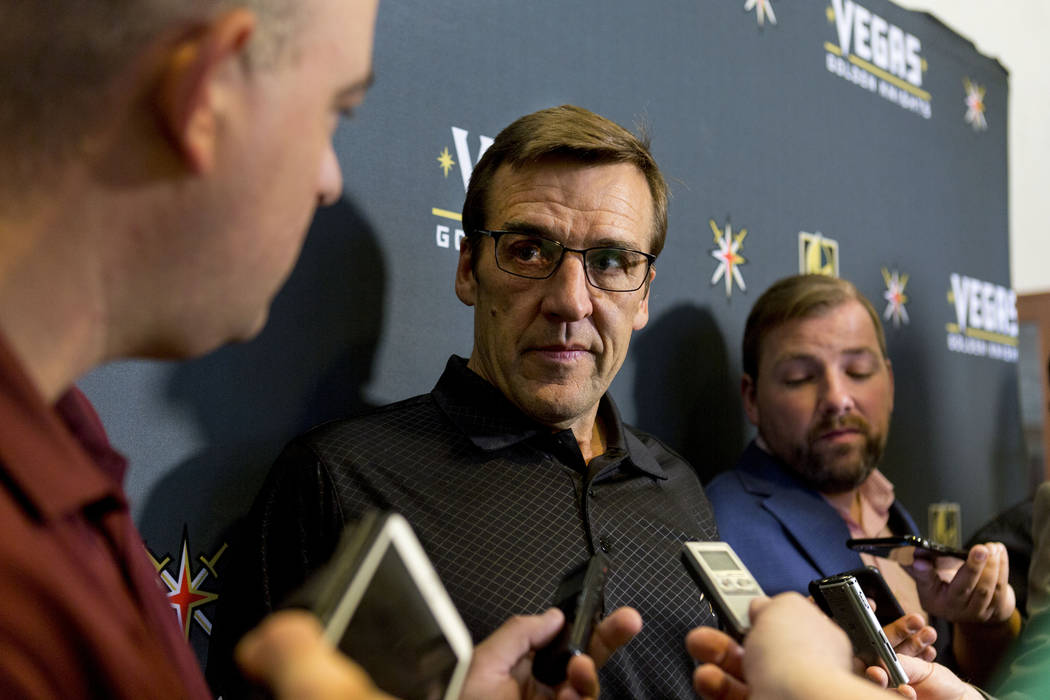 Someone was paying attention to George McPhee’s mandate that doing business with the Golden Knights was ending Monday night.

The New York Islanders reportedly have made a deal in which the Knights will receive the Islanders’ first-round draft pick (No. 15 overall) in Friday’s NHL Entry draft along with injured forward Mikhail Grabovski. In exchange, the Knights will take veteran forward Nikolai Kulemin in the Expansion Draft on Wednesday.

Newsday first reported the terms of the complicated transaction. If recent reports are accurate about the proposed deal with Columbus where the Blue Jackets would send their first-round pick (No. 24) as compensation for the Knights not selecting certain players and taking on the injured David Clarkson’s salary ($5.25 million), McPhee could be sitting flush in Chicago for the entry draft this weekend. The Golden Knights own the No. 6 overall pick.

“We’re still listening to offers,” McPhee said Monday morning at the team’s Summerlin offices, where he announced a 9 p.m. moratorium on making deals. “We don’t have any deals finalized, but we’ve told the other teams that we’ll be moving forward with our plans to pick our team.”

The team will put its final 30-man list together Tuesday for submission to the league office. The Knights have until 7 a.m. Wednesday to turn in their roster. The names will be made public later that day at the NHL Awards Show at T-Mobile Arena.

While talking to teams, McPhee said the Knights have also been in discussions with individual unrestricted and restricted free agents. But he didn’t know if the team would sign anyone before Wednesday’s deadline.

“They have been very excited. They have been delighted to hear from us and have been aggressive in trying to do things with us, so that obviously, that’s fantastic for this franchise.”

While McPhee prepares to finalize the list for the expansion draft, he and his amateur hockey staff are working toward Friday’s entry draft. McPhee said there are daily discussions on preparing for Chicago this weekend.

“We’ve got another office in there preparing for the entry draft,” he said. “We’re doing most of the expansion stuff during the day and at the end of the day, when everybody’s tuckered out, then we go in and deal with the amateur stuff.

“We’re in a good place. We’re really well-prepared for it, and as you know, we’ve had an entire year to prepare for both of these drafts, and we are prepared and organized and that’s why I feel a little more relaxed up here than I anticipated I would be at this time.”