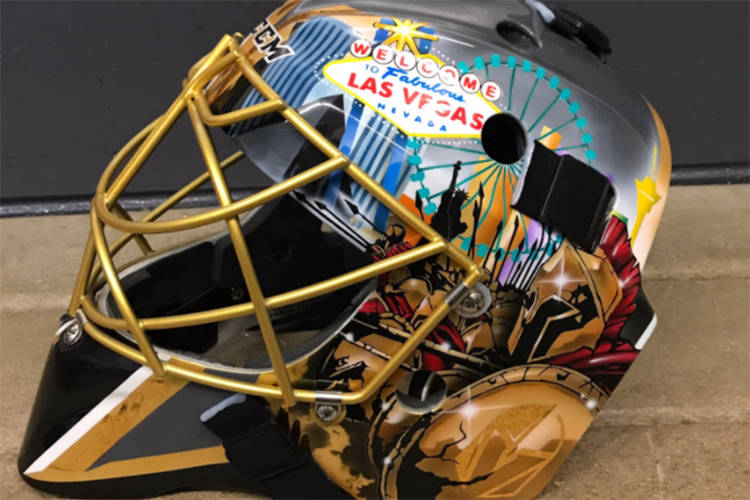 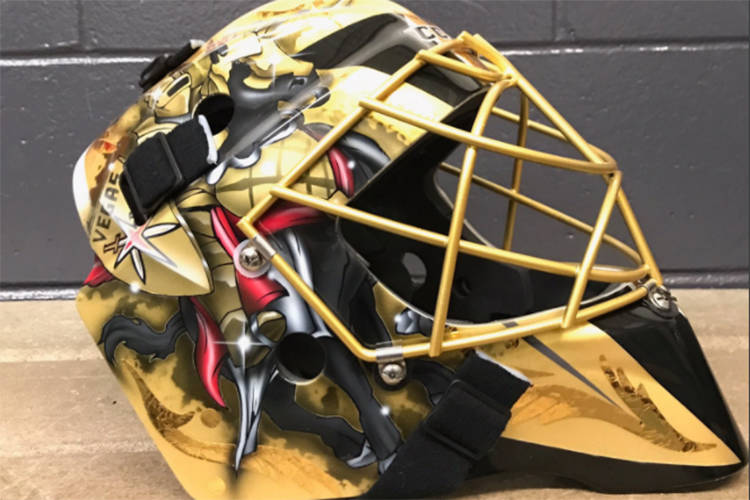 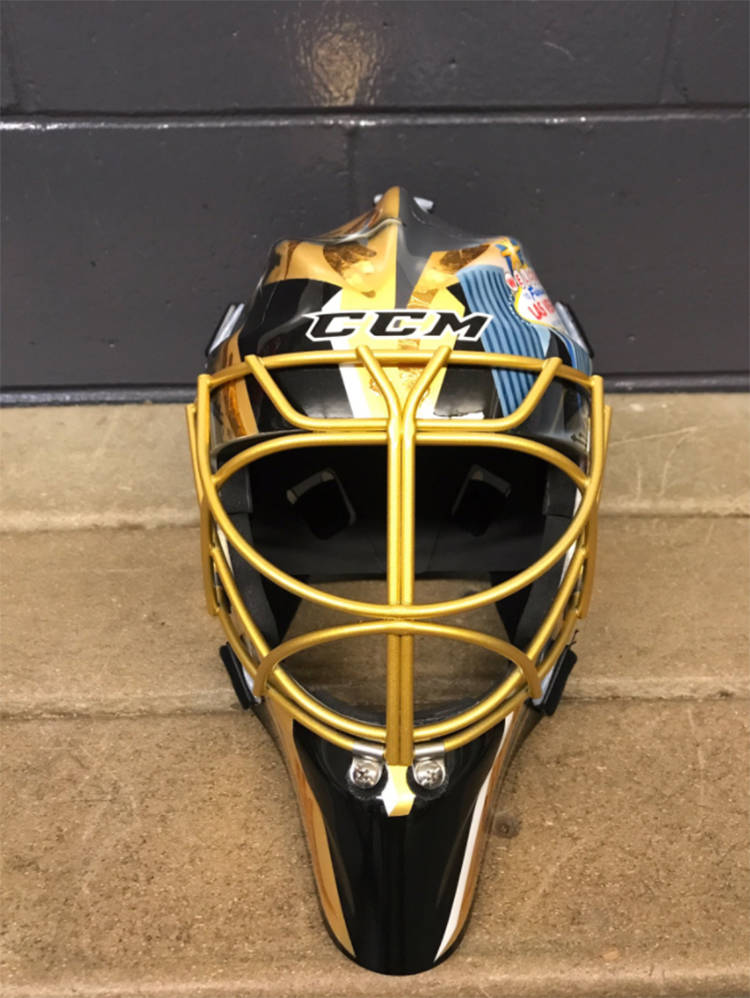 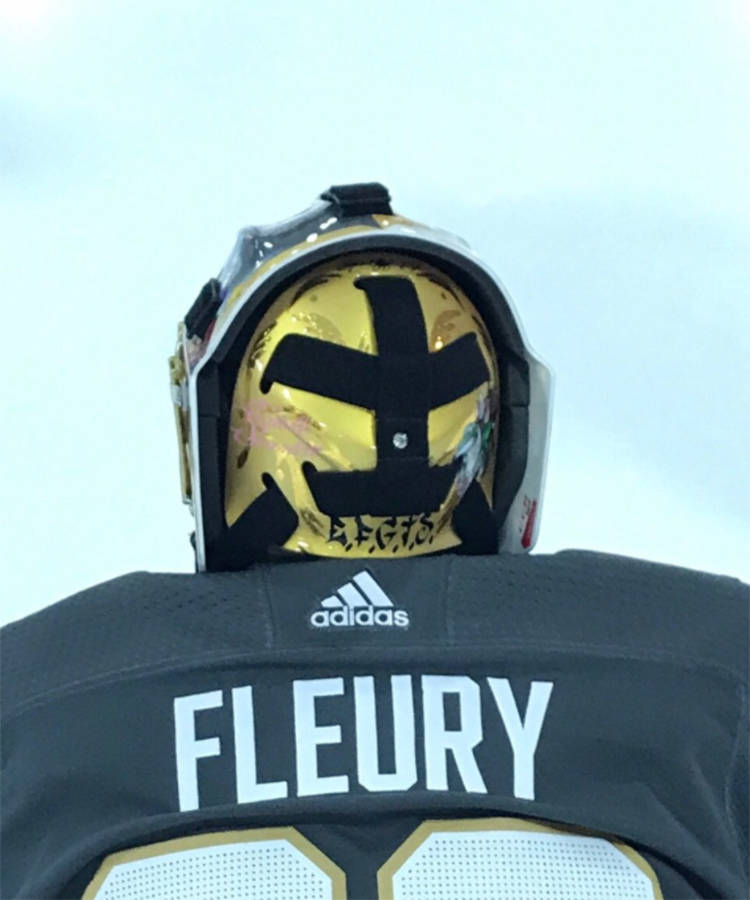 The Golden Knights and goaltender Marc-Andre Fleury have included a nod to their hometown in the design of the mask he plans to wear for the team’s inaugural season.

One side of Fleury’s mask unveiled Thursday includes the “Welcome to Fabulous Las Vegas” sign and various well-known hotel-casino images along the Strip.

The other side shows a knight doused in gold armor riding a black horse and holding a shield with the team’s logo. The mask also includes intricate details from the design of the team’s jerseys.

Pickard: #PicksMaskContest is open until tomorrow.

Fleury: See below, catch your breath and look again☺️ pic.twitter.com/FyGEZxaQbS

In 2017-18, Fleury will represent the Golden Knights for the first time.

And on his mask pic.twitter.com/xSH6fF3v8W

For anyone having a rough day today. Just picture Marc-Andre Fleury's face behind this mask all season.

Twitter dot com has asked us to show the back of Fleury's mask.

We listen to Twitter dot com….at least this time pic.twitter.com/Ld2RXgrQeB

The Knights announced earlier this week that goaltender Calvin Pickard will let fans design the mask he will wear this season.

“Golden Knights fans have already proven to be a passionate fan base heading into the team’s inaugural season so I knew this was a perfect opportunity to include them in designing my new mask,” Pickard said Tuesday. “I can’t wait to see the creative designs they come up with.”

Pickard is also looking for a Las Vegas-themed design for his mask.

”I think I’d like something that is very team-centric and incorporates both the Golden Knights and the city of Las Vegas,” he said.

The contest ends Friday at noon and winners will be announced Aug. 9. The five finalists will receive an autographed puck from Pickard and a photo opportunity with him and his mask.

We invite fans to share their suggestions for Pickard's review by using #PicksMaskContest.

Fleury will have his own mask-designing contest later in the season.

The first puck for the Knights drops Oct. 6, when the team begins the season on the road against the Dallas Stars.