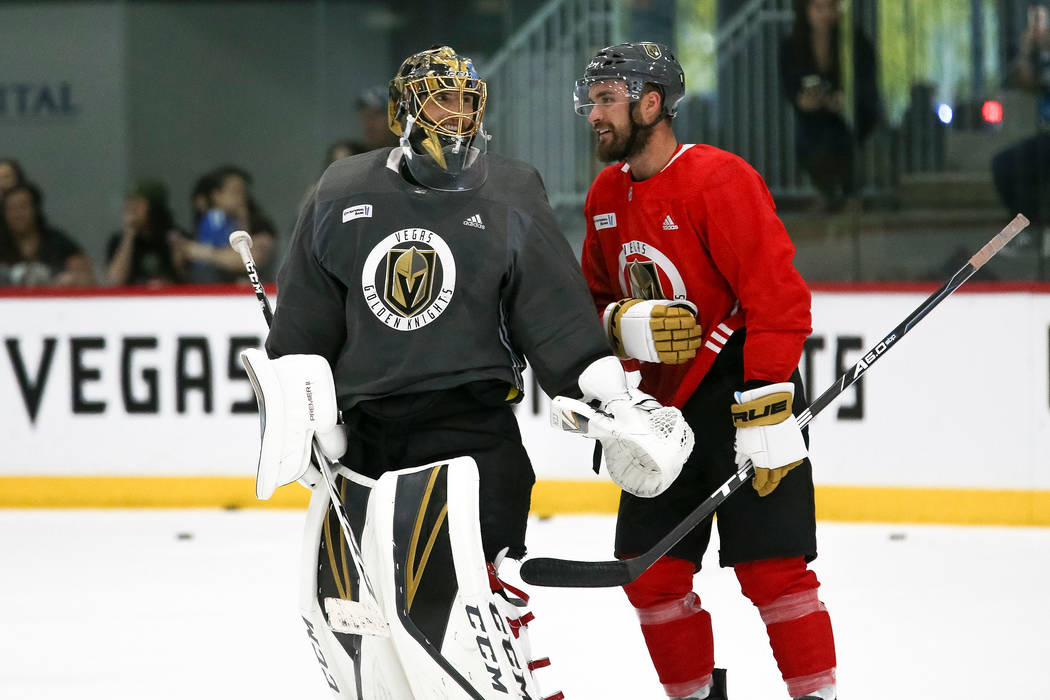 Coach Gerard Gallant may be running out of moves, but with his Golden Knights facing elimination, he still has at least one card to play in the Stanley Cup Final.

Gallant may put forward William Carrier in the lineup for Game 5 on Thursday against Washington at T-Mobile Arena. Carrier, who had an undisclosed injury May 4 in the second round against San Jose, has been cleared to play by team doctors.

Ryan Reaves has been skating in Carrier’s spot since Game 6 against the Sharks. However, both alternated turns during Wednesday’s practice at City National Arena, an indication that something may be in the works. Carrier had previously been skating on a makeshift fifth line during the final.

Gallant wasn’t tipping his hand. But he did acknowledge Carrier is an option.

“What you see with Will Carrier is he’s a fast guy, he’s a heavy guy,” Gallant said. “He skates well and he goes hard to the net. If we decide to put him in the lineup (Thursday) that’s what we hope he gives us.”

In addition, Gallant could return David Perron to the lineup after Perron was scratched for Game 4. Perron skated with Tomas Tatar along with Ryan Carpenter on Cody Eakin’s line in Wednesday’s practice.

Tatar, who took Perron’s place in the lineup for Game 4, played 12:37 in 16 shifts and had one shot on goal and two hits along with one takeaway and was a plus-1.

No reprimand no surprise to Miller

Miller said he did not go to the doctor Tuesday after the team returned to Las Vegas and if any surgery is required, it will come after the season. He participated in Wednesday’s practice without any issues and will be in the lineup for Game 5.

Capitals coach Barry Trotz was asked how he’ll pass the time while in Las Vegas prior to Game 5. But don’t look for him in the casino.

“I haven’t done a whole lot,” he said. “I’ve walked to the coffee shop and I walked back to the hotel. Made some phone calls at my work and for the most part stayed out of sight.”

“They don’t need me in there,” he said. “They’re too competitive. I’d get absolutely crucified there. They would demolish me in that.”